Novak Djokovic: Act of petulance turns genius into a vi...

Novak Djokovic: Act of petulance turns genius into a villain 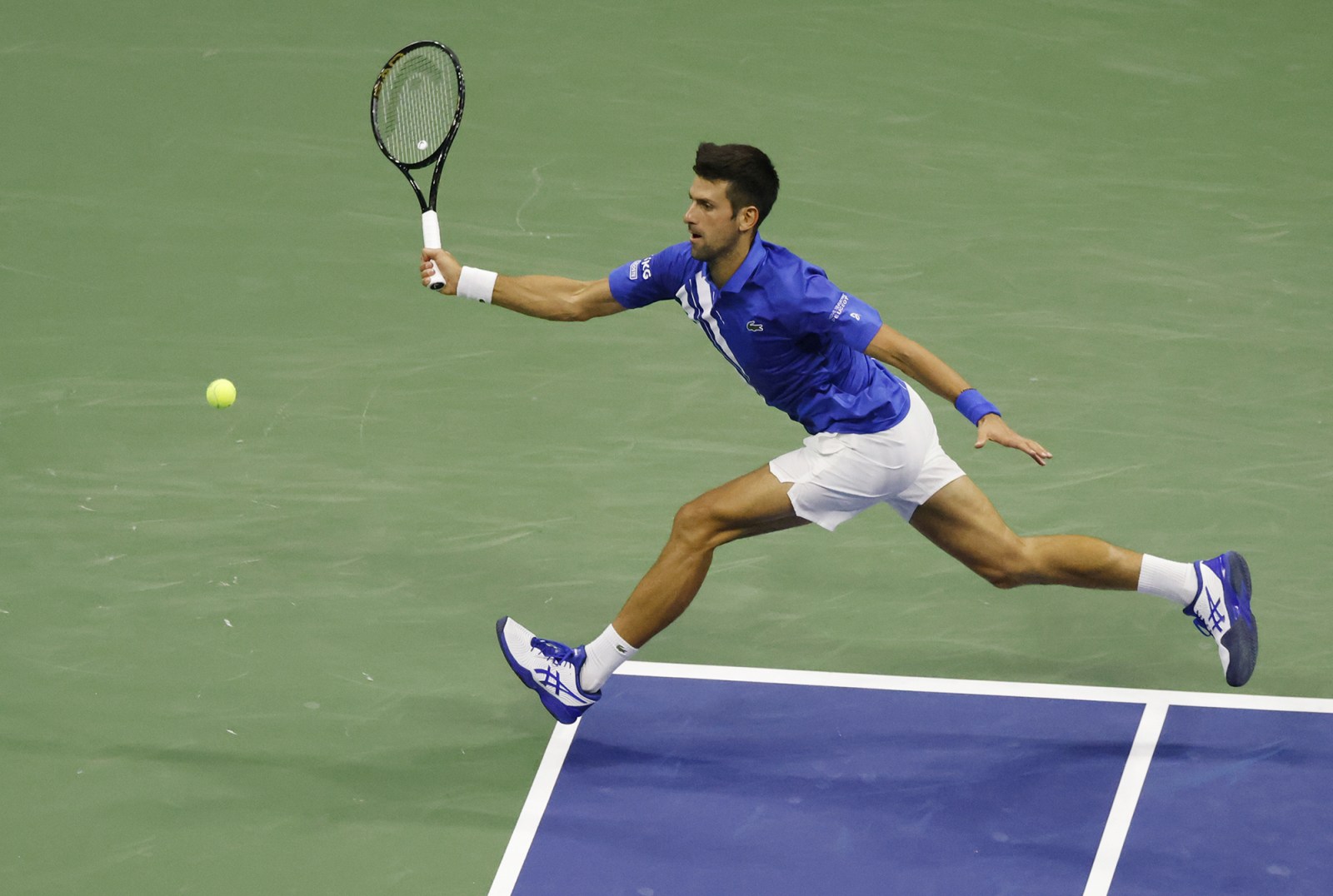 Novak Djokovic of Serbia hits a return to Jan-Lennard Struff of Germany during their match on the fifth day of the US Open Tennis Championships the USTA National Tennis Centre in Flushing Meadows, New York on 4 September 2020. (Photo: EPA-EFE / Jason Szenes)

Novak Djokovic became only the fifth male player in the Open era to be disqualified from a tennis Grand Slam, after striking a ball into an official at the US Open on Sunday. The incident underlined the complexities of the world’s number one player.

Novak Djokovic has won 17 Grand Slam singles titles and in due course he should, barring a major injury or complete loss of interest in the sport, end his career as statistically the most successful men’s player of all time.

Roger Federer has 20 Grand Slam titles, but he is 38. In the era of Djokovic and Rafa Nadal, it’s unlikely, but not impossible, that Federer will add more. Nadal, 34, has 19 Grand Slams, 12 of which have been won on the red clay of Roland Garros. He might add a few more before he calls time on his career, but a fully fit Djokovic is almost unbeatable these days.

Neither Federer nor Nadal were in New York for the US Open, making Djokovic as close to a sure winner as there can be in tennis. Going into the tournament he had played 26 matches in 2020 and lost none. Some joked that only Djokovic could beat himself. No one anticipated it would be in the way he did though.

In a moment of frustration, he committed one of tennis’s cardinal sins. He struck an official – with the ball. Djokovic swiped at a spare ball, taken from his pocket, having just lost his serve to go 5-6 down against Spain’s Pablo Carreño Busta in a tight fourth-round match.

He hit it, without looking, in the general direction of the back of the court and unintentionally caught a lineswoman flush in the throat. It was hardly a searing groundstroke, but it was firmly struck. She fell, making retching noises as Djokovic raced up to apologise.

He was shaken because it was obvious he never intended to hit anyone. But he did. This wasn’t a miscued shot, played in a rally that accidentally skewed off a racket and caught an unlucky bystander. It was an intentional act to hit a ball away after a point, and the consequences of that seemingly small act were severe. And the fallout might continue for some time.

“This whole situation has left me really sad and empty,” Djokovic said in a statement later. “I checked on the linesperson and the tournament told me that, thank God, she is feeling okay. I’m extremely sorry to have caused her such stress. So unintended. So wrong.”

Djokovic, though, has played 1,103 matches as a professional tennis player and won 80 titles. He must know that behind the baseline of a court are at the very least, two linespeople and two ball kids at any time. Hitting a ball in that general direction does have potential for trouble.

“He drove through a red light,” Serbia’s former Davis Cup coach Bogdan Obradovic, who was in charge of a Djokovic-led Serbia team that lifted the 2010 Davis Cup, told Reuters.

“I feel sorry for him because he was in good form and on course to win his 18th Grand Slam title, but the rules on ball and racket abuse are clear and they apply to everyone.

“He dragged himself into the mud by making a silly mistake in unfortunate circumstances. We are all human and we all vent our frustrations sometimes, but there is no excuse for putting someone in harm’s way, albeit unintentionally.”

Djokovic lost all his world ranking points from the tournament and also his $250,000 earnings from the US Open, plus another $20,000 fine for missing the post-match media conference. In a career that has yielded nearly $144-million in earnings and more than double that in endorsements, the money is the least of Djokovic’s concerns. The reputational damage of this incident is more damaging.

The United States Tennis Association (USTA) released a statement saying: “In accordance with the Grand Slam rulebook, following his actions of intentionally hitting a ball dangerously or recklessly within the court or hitting a ball with negligent disregard of the consequences, the US Open tournament referee defaulted Novak Djokovic from the 2020 US Open.”

Djokovic has already courted controversy this year by putting on a series of tournaments called the Adria Tour during the height of the Covid-19 pandemic. He and his wife, Jelena, as well as leading players Grigor Dimitrov, Borna Coric and Viktor Troicki were among several people that ended up contracting Covid-19 at around the time of the last tournament.

A week before the start of the 2020 US Open, Djokovic also established a rival player’s union to the ATP Tour’s player’s council, which he served as president. The Professional Tennis Players Association aims to support the interests of the leading men’s players in the game. Nadal and Federer have expressed opposition to it and the timing of its launch has been questioned. In the middle of a pandemic, when tennis is crying out for cooperation and stability, Djokovic was essentially preaching rebellion.

The intense Serb not only wants his record to match and surpass that of Nadal and Federer, but he also yearns for the same public adulation that the pair enjoy. Outside of his home country, Djokovic is admired but not loved the way Federer and Nadal are.

And that comes from the occasional petulance and the contradictions. The genius of his backhand and return of serve can be undone by his lack of awareness. He has smashed rackets and hit balls into the crowd before. It doesn’t make him unique in tennis, but it was only a matter of time before it ended badly.

Tennis players are almost all emotional creatures in a sport that pits two people in a virtual bare-knuckle struggle against each other. Frustration and anger are always bubbling close to the surface. Controlling or harnessing those emotions positively is as important as hitting stinging shots. Djokovic’s record suggests he has done that successfully for almost his entire career.

He made a mistake at Flushing Meadows on Sunday and will suffer some heavy consequences. He is the villain of the piece and the fact that he chose not to front-up to the media afterwards, has made it that much worse.

“The pressure just got to him I think,” former tennis bad boy John McEnroe, told ESPN. “Now, whether he likes it or not, he’s going to be the bad guy the rest of his career. It’ll be interesting to see how he handles it.

“If he embraces that role, I think he could recover,” said McEnroe, who is one of the five men’s singles players to be disqualified in the Open era. He himself was ejected from the 1990 Australian Open for misconduct.

“He’s got a lot of things going for him, but this is obviously a stain that he’s not going to be able to erase.”

McEnroe made a career of being the bad boy and revelled in it. Djokovic has spent his career trying to distance himself from the bad boy image. This incident has made that almost impossible. So, maybe Djokovic should take McEnroe’s advice and embrace the negativity. DM