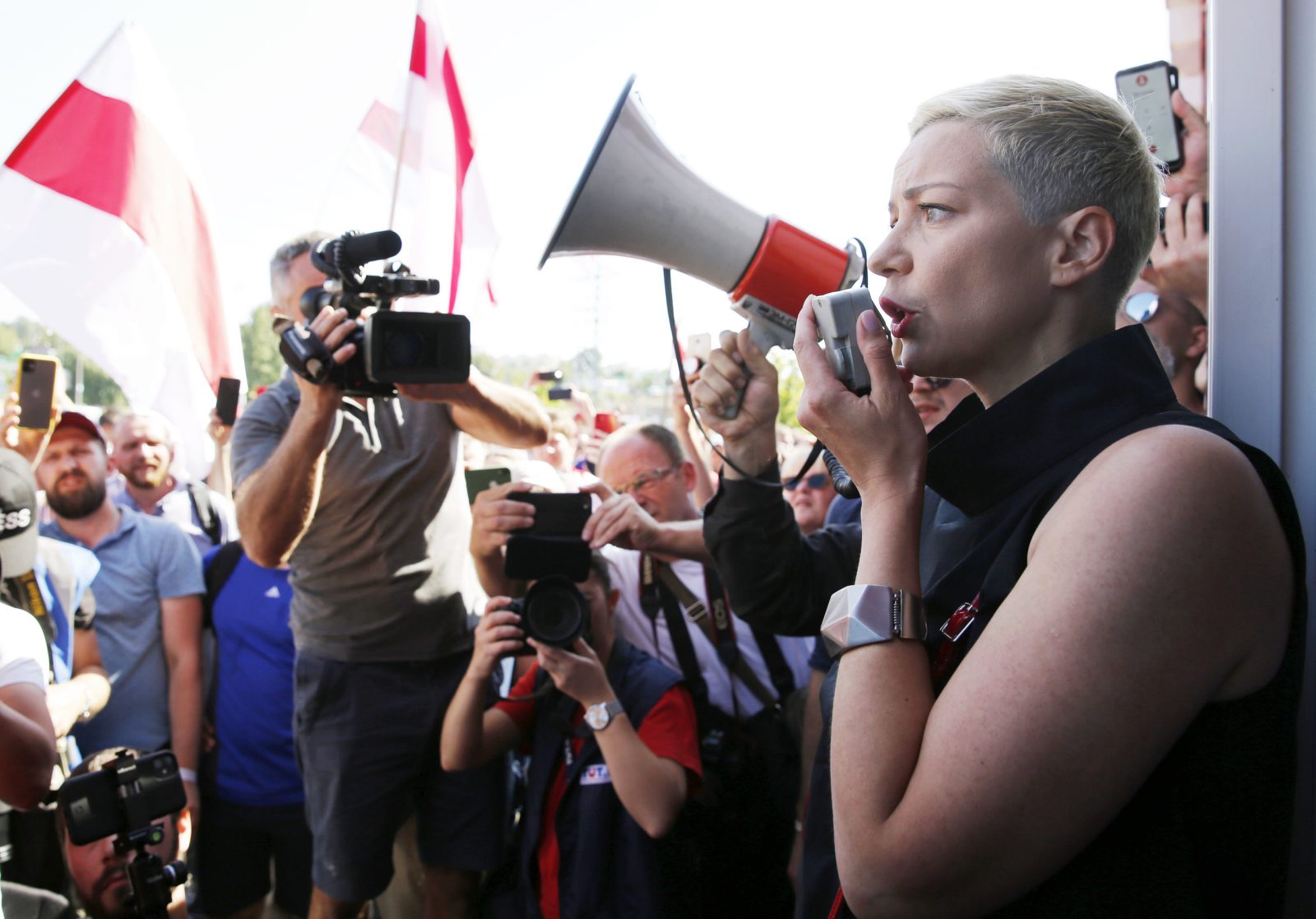 Kolesnikova, a member of the opposition coordination council, is the last of three female politicians left inside Belarus who joined forces before an Aug. 9 presidential election to try to challenge veteran incumbent Alexander Lukashenko.

A vocal critic of Lukashenko, she has played an important role in weeks of mass demonstrations and strikes by protesters who accuse Lukashenko of rigging his re-election.

He denies that allegation and has accused foreign powers of trying to topple him in a revolution.

Three European Union diplomats told Reuters that the EU is preparing to impose economic sanctions on 31 senior Belarus officials, including the interior minister, later this month in response to the election and subsequent crackdown.

Facing the deepest crisis of his 26-year rule, Lukashenko retains the support of Russian President Vladimir Putin, who has promised to send in police to support him if needed.

Kolesnikova’s abduction, if confirmed, comes as Belarusian authorities appear to be stepping up their efforts to try to halt the protests and obstruct the work of the opposition’s coordination council which they have accused of plotting to overthrow Lukashenko.

An eyewitness, Anastasia, was cited by the Tut.By media outlet as saying she had seen Kolesnikova pushed into a dark-coloured van by masked men in plain clothes in central Minsk.

She said Kolesnikova’s mobile phone had dropped to the ground during the tussle and that one of the masked men detaining her had picked it up before the van sped off.

Kolesnikova’s allies said they were checking the report of her detention, and that they were unable to get in touch with some other members of her team too and were concerned about their safety.

Police in Minsk were cited by Russia’s Interfax news agency as saying they had not detained Kolesnikova.

Lithuanian Foreign Minister Linas Linkevicius likened what had happened to Kolesnikova to something that the Stalin-era secet police in the Soviet Union would have done.

“Instead of talking to the people of Belarus, the outgoing leadership is trying cynically (to) eliminate (them) one by one,” he wrote on Twitter.

“The kidnapping…is a disgrace. Stalinist NKVD methods are being applied in 21st century Europe. She must be released immediately”.

Before the election, Kolesnikova had joined forces with opposition presidential candidate Sviatlana Tsikhanouskaya who later fled to Lithuania, and with Veronika Tsepkalo, who has since left for Poland.

Another leading activist, Olga Kovalkova, arrived in Poland on Saturday, saying she had been told she would face arrest if she stayed in Belarus.

The crisis is hitting the Belarus economy. Central bank figures published on Monday showed the former Soviet republic had burned through nearly a sixth of its gold and foreign exchange reserves, or $1.4 billion, in August, as it fought to prop up its rouble currency during the wave of unrest. (Reporting by Anton Kolodyazhnyy and Tom Balmforth in Moscow and by Andrius Sytas in Vilnius Writing by Andrew Osborn Editing by Mark Trevelyan)