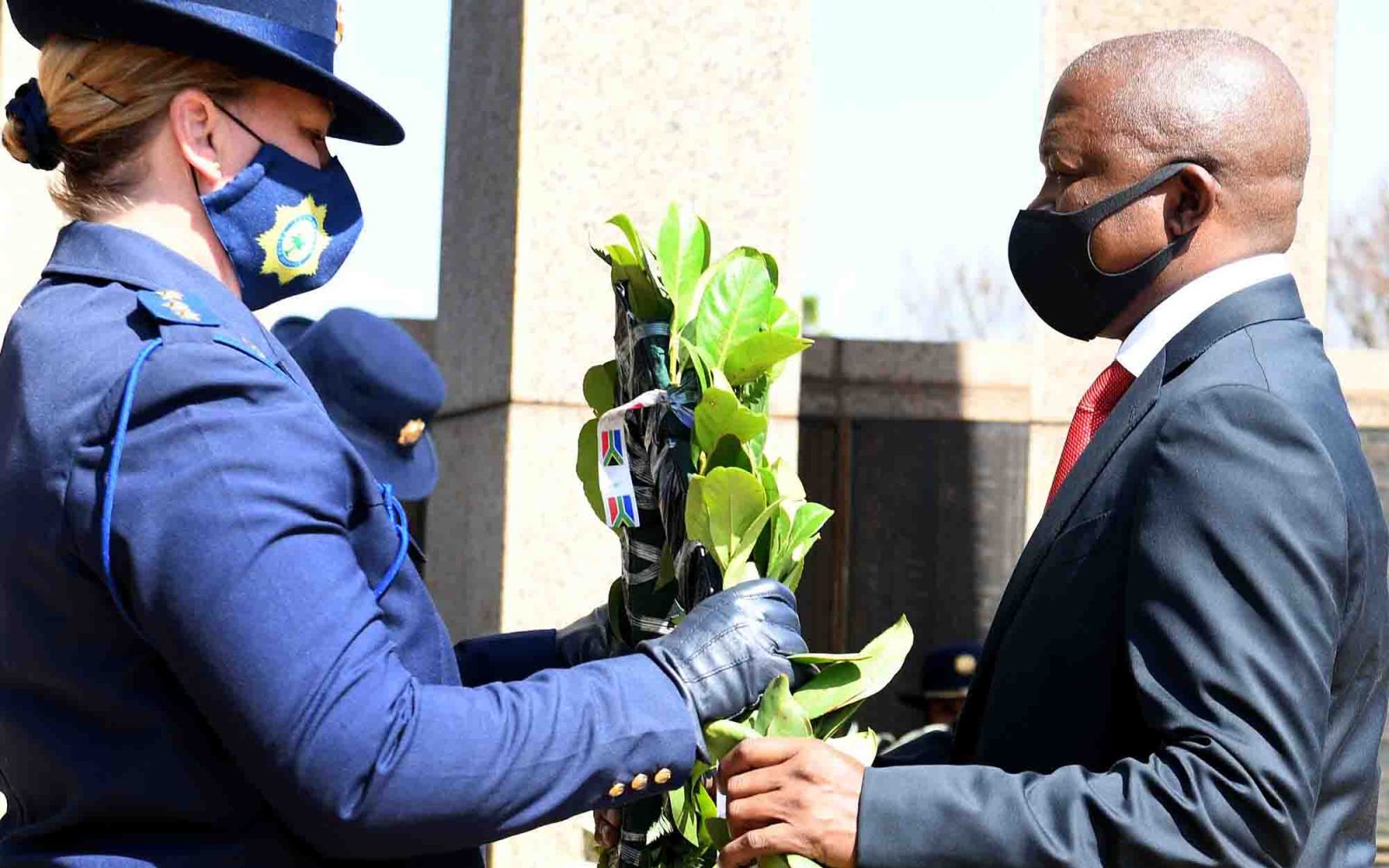 Sunday 6 September marked the annual Commemoration Day for the SA Police Services. Police Minister Bheki Cele paid homage to officers who had died in the line of duty. The 40 men and women who died while serving the country between 1 April 2019 and 31 March 2020 had their names added to the National Memorial Wall at the Union Buildings in Pretoria.

On Sunday, Minister of Police Bheki Cele paid homage to the “officers in blue who gave up their lives for the service of this country” at the annual Commemoration Day at the Union Buildings in Pretoria.

Due to lockdown regulations, provinces held remote services with representatives of the deceased police officers’ families present. Only three family representatives were allowed at the venues.

The Commemoration Day honoured the 40 men and women who died while serving the country between 1 April 2019 and 31 March this year.

“These officers’ last day on earth started like any other. They got up, got ready for work and kissed their families goodbye. But their work, and that of all the officers of the SAPS, is like no other. From the moment they put on that uniform, they answered a call to serve and to protect,” said Cele.

Younger family members of the slain police officers who were present for the Commemoration Day were given teddy bears clad in SAPS regalia.

The Covid-19 pandemic has resulted in the prohibition of large gatherings as a measure to prevent the spread of the virus.

“This virus has robbed us as the police service of our tradition to bid the men and women of the law, with a befitting official SAPS send-off,” said Cele.

“The virus robs us of an opportunity to come together in our collective loss and comfort each other as the SAPS and the families of our fallen members,” he added.

To the families, Cele said: “May you find some closure, knowing that your loved ones were the calibre of officers who served and protected the people of this country. They served the nation with diligence and utmost determination.”

“[Police officers] are the vital cog in our criminal justice system. Today we join our hearts and minds to honour those whose lives were lost while defending the noble ideals of peace, security and freedom,” said Mabuza.

“It is highly disturbing that police officers lose their lives during stop-and-search operations and are sometimes murdered for their firearms… criminals then use these firearms to commit serious and violent crimes,” said Mabuza.

Cele said attacks on police officers should be viewed as treason:

“Any attack to a police officer is a direct attack to the authority of the state and it should be regarded as treason.”

In a statement, Mabuza said: “The names of these fallen heroes and heroines will be engraved on the National Memorial Wall at the Union Buildings to signify the gratitude of the nation for their bravery, loyalty and sacrifices made to serve and protect the people of South Africa.” DM