How Floozies Flip & Dip flipped the bird to women’s rights 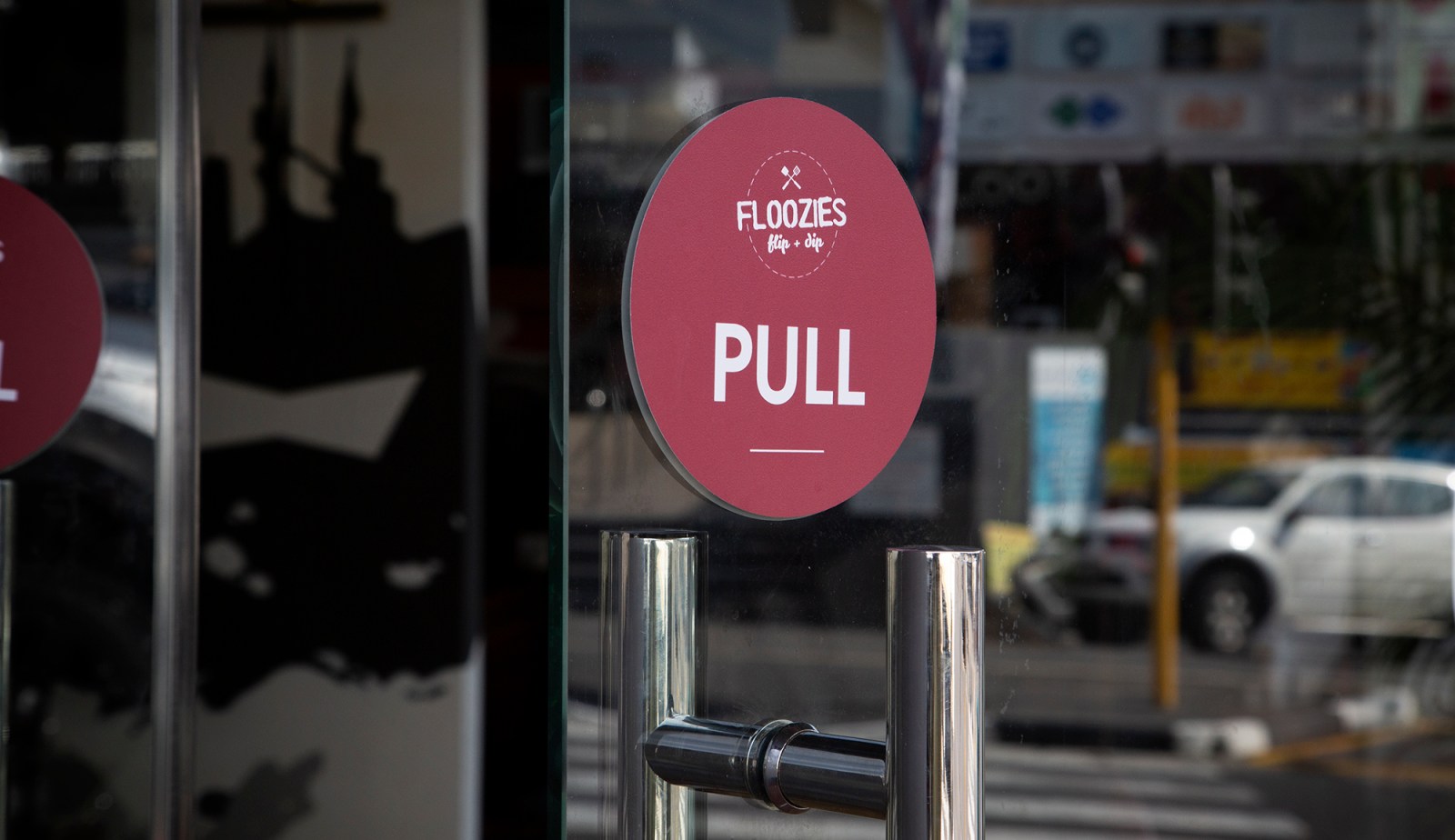 Pull here: Floozies Flip and Dip, the burger and pizza joint in Kloof Street, Cape Town, has received significant backlash for its name and has removed some of the signage from its premises, 4 September 2020. (Photo: Leila Dougan)

Objectifying women during Women’s Month, a new bar in Cape Town quite literally compared women to pieces of meat.

On Sunday 30 August, the day after thousands of women took to the streets nationwide to protest against the dizzying rates of GBV and femicide in South Africa – a staggering five times the global average – a new bar announced its launch in Cape Town. The name? Floozies Flip & Dip.

The venue’s maiden post on its Instagram page was a doozy. It defined Floozies as “women who have many casual encounters or relationships”. Not bad so far; it could have been about sexual liberation and female empowerment, it being Women’s Month and all. 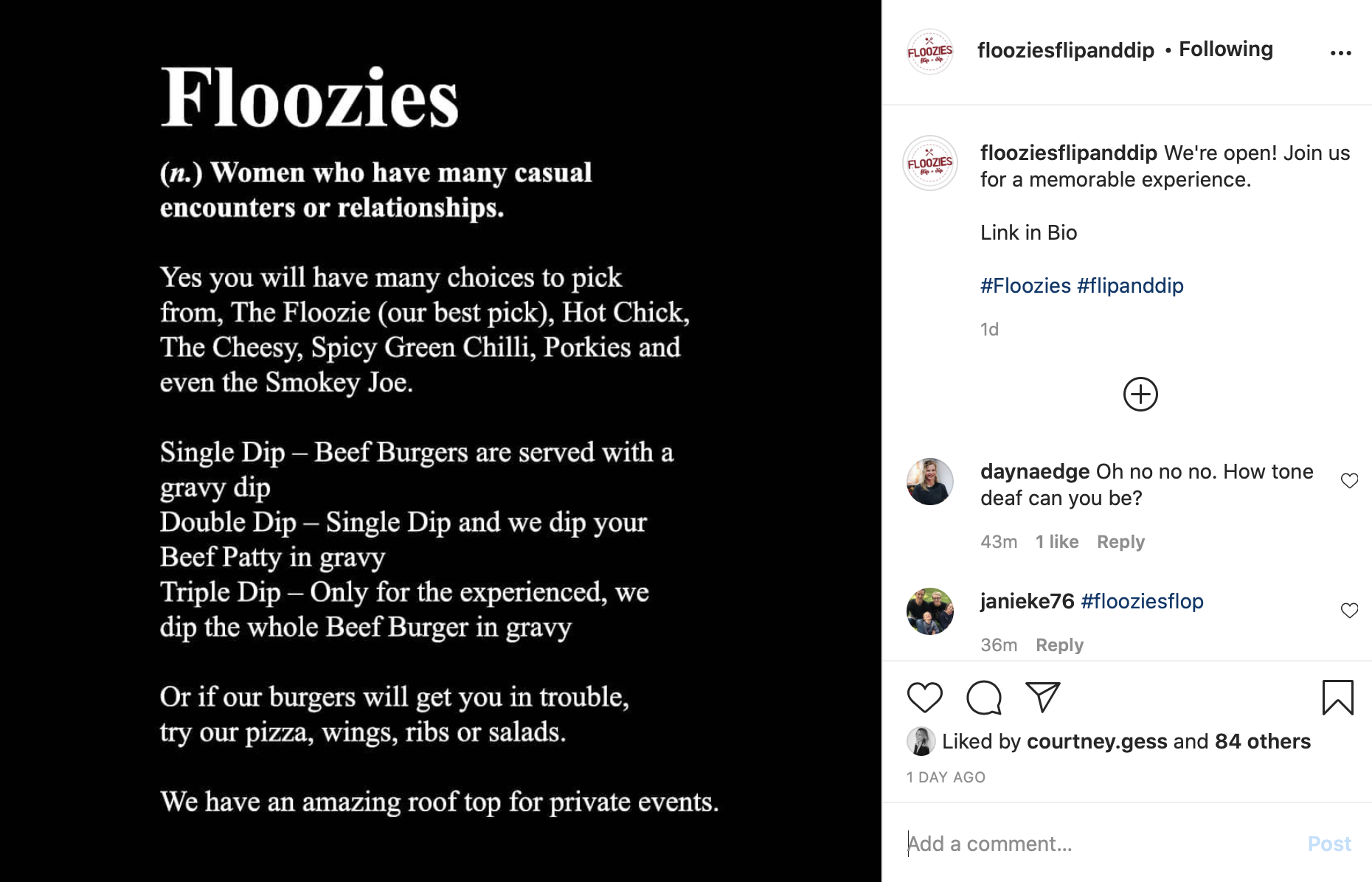 The post went on to outline the ill-conceived concept behind Floozies Flip & Dip, which is located in Kloof Street, Gardens, Cape Town: that you pick a burger off the menu and flip and dip it in the same way you’d choose whatever floozie takes your fancy, flip her over and (the rest is left to your imagination)… because, if you didn’t know, that’s what “flip and dip” means in a sexual context. There were even options for double- and triple-dipping.

To be clear, there’s nothing wrong with a woman enjoying whatever kind of sex she wants, as often as she wants, with whomever she wants. The problems here are the objectification of women and the promotion of rape culture, in a country sorely suffering from it.

In case you missed the inference, the tone-deaf post quite literally compared women to pieces of meat, which is just the sort of dehumanising bollocks that makes men feel it’s okay to treat them as such.

What’s more, there was absolutely no reference to the woman in question having any say in the matter, nor taking any pleasure in the act. The opus was centred on the male point of view: taking what he wants for his own satisfaction.

The public outcry on the platform (more than 700 comments overnight) resulted in a deletion of the post and a quick name change for the locale … to Flip & Dip. So now the idea is just about flipping someone over and buggering them, a mild improvement.

Here’s a small sample of the outcry: 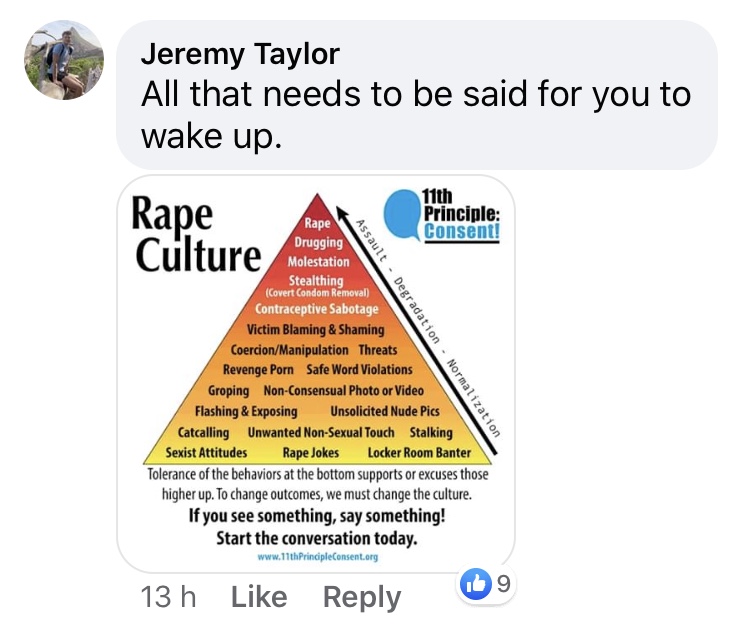 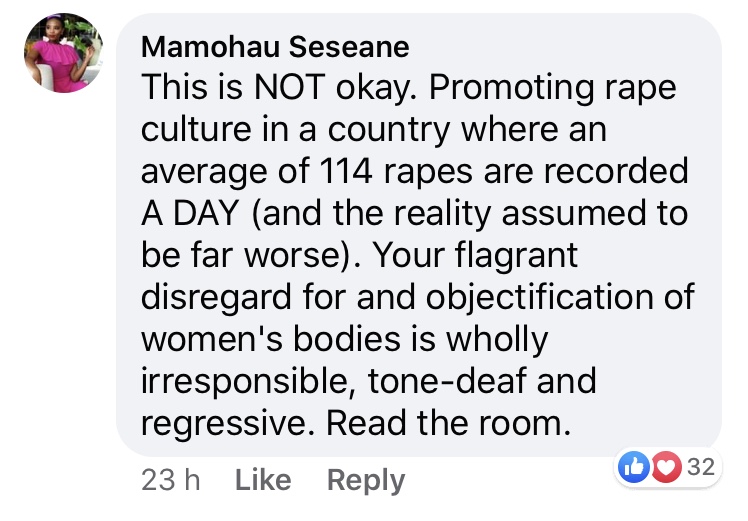 As this small win came without recognition of the offence nor apology, the people were not appeased. Like a game of whack-a-mole, the venue’s social media manager had a fine time trying to delete comments across platforms as quickly as they popped up.

You may be wondering, at this stage, who’s behind this PR disaster, and how the hairbrained idea wasn’t smothered in its cradle. Well, Floozies Flip & Dip is the newest addition to the Krugmann family empire, headed up by patriarch Douw Krugmann and including Cape Town Fish Market, Kapstadt Brauhaus and The Fat Fish.

Turns out, Krugmann had every opportunity to correct course. When his intent to apply for a liquor licence was published back in February 2017, the surrounding residents were up in arms. Not only did they contest it on the grounds of the intensified traffic congestion, crime and anti-social behaviour another bar would bring to the area, but they strongly objected to the name.

In April 2017, a subcouncil of the City of Cape Town (COCT) conducted an investigation to weigh up the pros and cons. The Community Police Forum, City Health, Law Enforcement Unit, Town Planning, Ward Councillor Dave Bryant and various residents, including Stefan Oosthuizen and Janieke van Nugteren, were consulted. Of them all, the Law Enforcement Unit and Town Planning were the only ones to give the green light, which resulted in a unanimous recommendation by the subcouncil that the application not be supported.

In June 2018, the Western Cape Liquor Authority (WCLA) advised the objecting residents that the application had been postponed pending a counter from the applicant that the venue would operate as a bona fide restaurant rather than a late night bar. In an attempt to placate the objectors, Krugmann had also agreed to change the name.

The neighbours refused to stand down, necessitating a Liquor Licensing Tribunal in October that same year. The presiding officer ultimately chose to support the licence, but not before Edmund Booth, Krugmann’s attorney, agreed that the offending name would be done away with.

But the plot thickens in this debacle.

The WCLA cited the reasons for going ahead, despite the recommendation by COCT not to, as largely due to the endorsements by Law Enforcement and Town Planning. However, the report supplied by Law Enforcement wasn’t accurate – not correctly accounting for the number of churches, schools and sports fields in the area, as well as their proximity to the proposed site – while the parking bays Krugmann outlined in his application, which secured Town Planning approval, were used for additional seating instead.

So now what? Not only was the liquor licence issued by way of bad intel, but it appears Krugmann acquired it under false pretences.

Well, DM chatted to Johan Dreyer, Assistant Director at the WCLA, to alert him to the fact that Krugmann had neglected to change the name, and to point out the resulting public outcry. Dreyer reviewed the tribunal records, and confirmed that Krugmann had indeed violated the agreement – one that was made under oath.

The WCLA has since referred the matter back to the Liquor Licensing Tribunal. If the tribunal finds that Krugmann has indeed made any transgressions or misrepresentations under Section 20 of the Western Cape Liquor Act, it will take appropriate action.

Douw Krugmann and the venue as well as their marketers were approached for comment and had not done so by deadline. DM/TGIFood