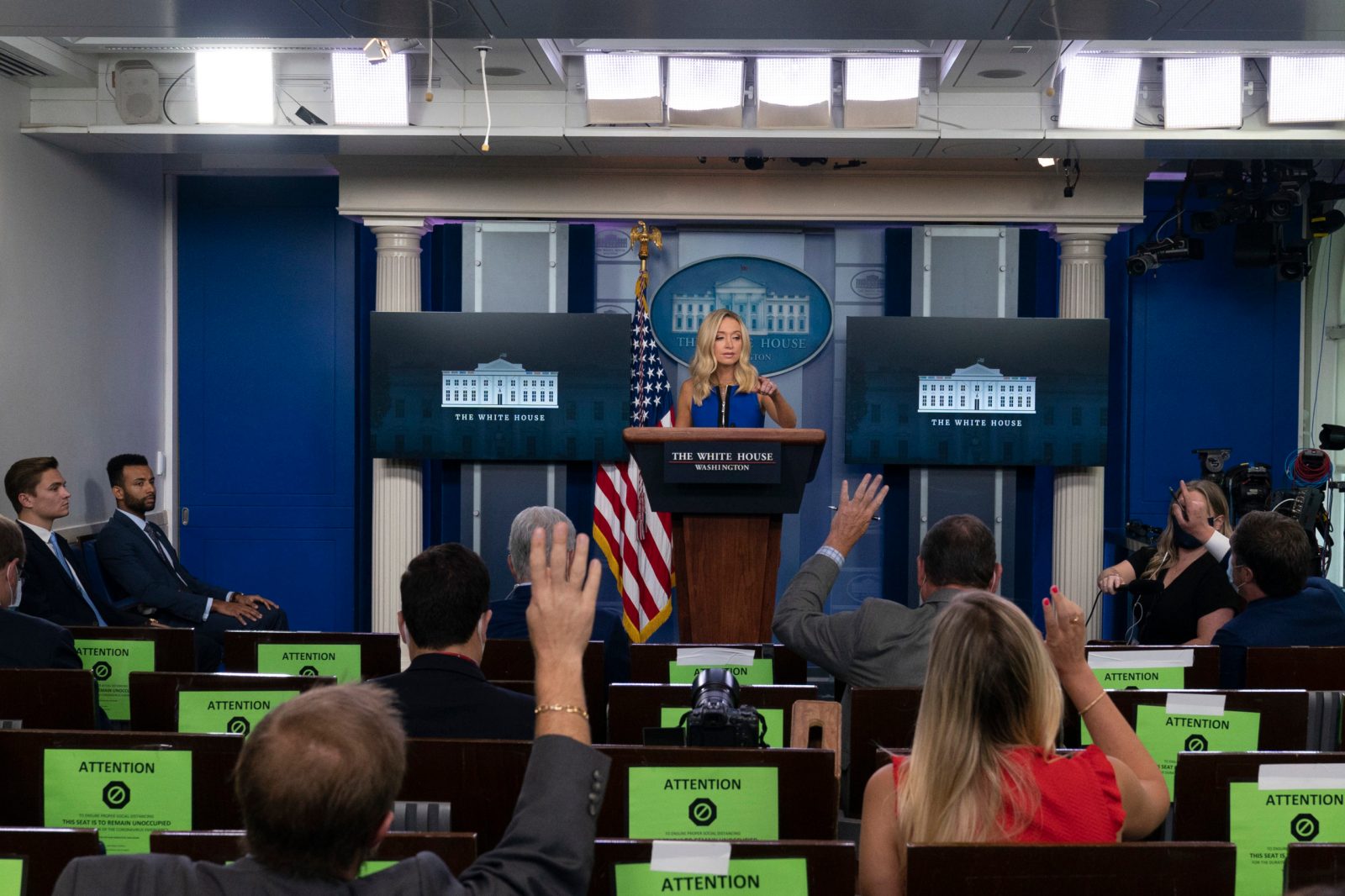 Sept 3 (Reuters) - U.S. public health officials and Pfizer Inc said a COVID-19 vaccine could be ready for distribution as soon as late October, just ahead of the November election in which the coronavirus pandemic is likely to be a major factor among voters deciding whether President Donald Trump wins a second term.

Even though the stakes are high for Republican Trump, who is squaring off against former Vice President Joe Biden on Nov. 3, there is no political pressure on the U.S. Food and Drug Administration to quickly approve a vaccine, White House Press Secretary Kayleigh McEnany said on Thursday.

“No one is pressuring the FDA to do anything,” McEnany told a press briefing.

Trump has committed billions of federal dollars to rapidly develop vaccines against the virus, which has killed more than 185,000 people in the United States. Critics have said Trump’s lack of leadership on the pandemic has contributed to the world’s highest coronavirus death toll.

The U.S. Centers for Disease Control and Prevention (CDC) has asked state public health officials to prepare to distribute a potential coronavirus vaccine to high-risk groups as soon as late October, according to documents published by the agency.

Pfizer on Thursday said it should know by the end of October whether a COVID-19 vaccine it is developing with German partner BioNTech SE is safe and effective. The U.S. drugmaker said it will seek approval immediately if trial results are positive. It has already manufactured hundreds of thousands of doses.

Still, top U.S. infectious diseases expert Anthony Fauci said on Thursday he was not counting on having a vaccine ready that soon.

“These are all guesstimates,” Fauci told CNN, when asked about Pfizer’s comments, adding most experts project a vaccine will be ready by November or December. “It is conceivable that you can have it by October, though I don’t think that that’s likely.”

The CDC “provided states with certain planning assumptions as they work on state specific plans for vaccine distribution, including possibly having limited quantities of vaccines in October and November,” an agency spokeswoman told Reuters.

The New York Times had earlier reported that the CDC had contacted officials in all 50 states and five large cities with vaccine planning information.

‘WOULD NOT HESITATE FOR A MOMENT’

CDC documents https://int.nyt.com/data/documenttools/covid-19-vax-planning-assumptions-8-27-2020-final/6fc8a9ec0c3e5817/full.pdf showed the agency is preparing for one or two vaccines against COVID-19 to be available in limited quantities as soon as late October.

The vaccines would be made available free of cost first to high-risk groups including healthcare workers, national security personnel, and nursing home residents and staff, according to the documents.

Regulators around the world have repeatedly insisted development speed will not compromise vaccine safety, as quicker results would stem from conducting parallel trials that are usually done in sequence. Such reassurances have not convinced everyone that political pressure will not play a role.

Fauci told CNN he is confident the FDA and independent advisory panels of experts will review the data on vaccine candidates to make sure they are both safe and effective.

Preliminary results of a survey conducted over the last three months in 19 countries showed that only about 70% of British and U.S. respondents would take a COVID-19 vaccine if available, Scott Ratzan, co-leader of a group called Business Partners to Convince, told Reuters in August.

Fauci told CNN he “would not hesitate for a moment to take the vaccine myself and recommend it for my family” if data showed it to be safe and effective.

AstraZeneca Plc, Pfizer and Moderna Inc are among those farthest along in the race to develop vaccines to prevent COVID-19 infection or limit severity of the illness. Their candidates are all in late-stage clinical trials.