Understanding the complexities around the Covid-19 medicine remdesivir 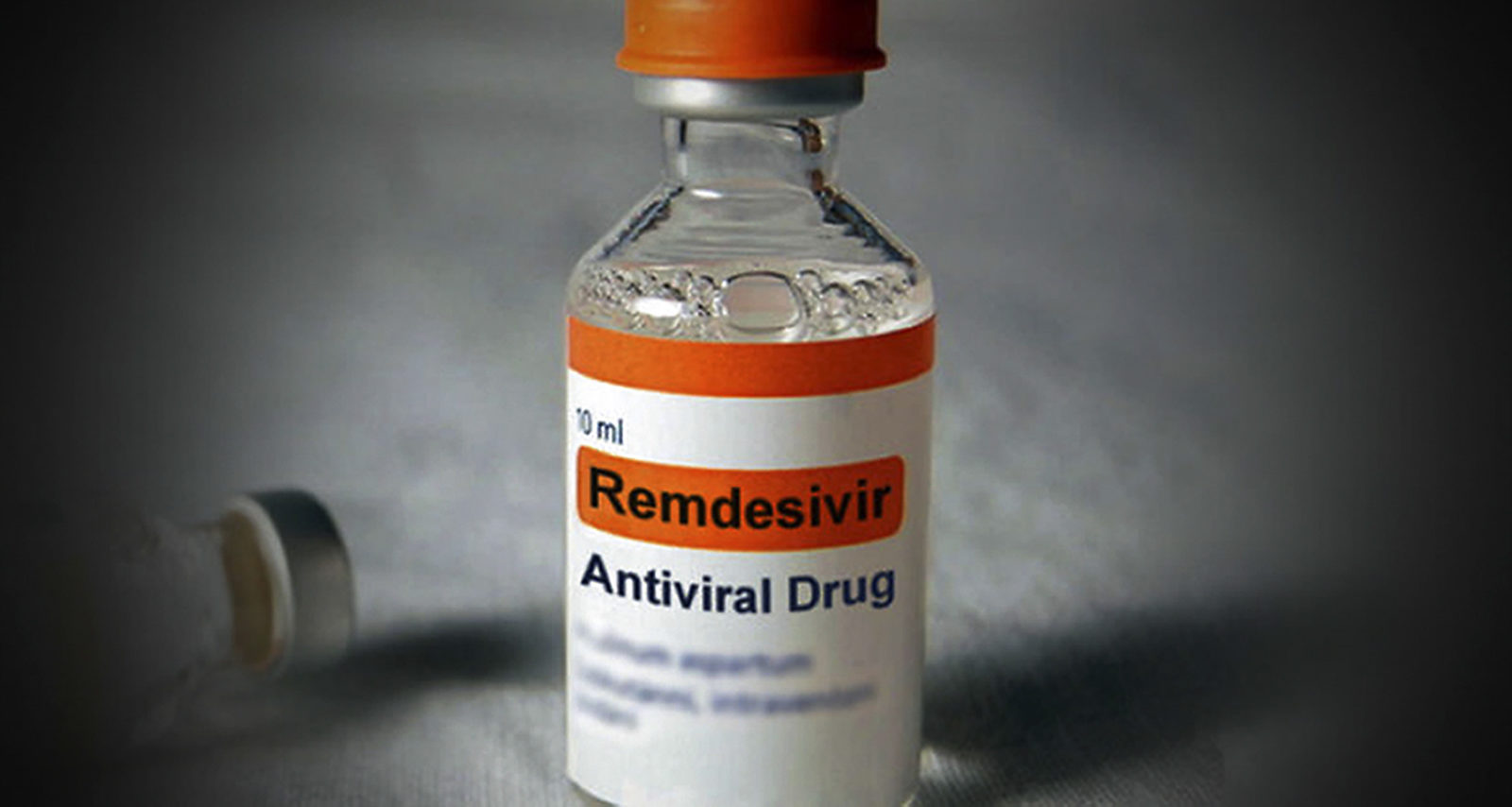 There’s a lot of debate about the price of Covid-19 medicine remdesivir, but researchers say there are also some unanswered questions about the drug’s efficacy.

The national health department has decided not to recommend the use of remdesivir — a drug that one study has shown can reduce the recovery period of hospitalised Covid-19 patients from 15 days down to 11. The department issued new treatment guidelines in late August, citing the medicine’s “high cost and marginal benefit” as reasons for its decision to only recommend the medicine’s use for clinical trials.

But the pharmaceutical company Cipla South Africa has already brought 23,000 doses of the drug into the country and Charlotte Maxeke Johannesburg Academic Hospital, a public facility, has ordered 500 vials of remdesivir, of which about 180 have been delivered, Nic de Jongh, the chief scientific officer of Cipla South Africa says.

Cipla is one of seven generic drug companies in South Africa for which Gilead Sciences — the company that holds the patent for remdesivir — granted licences to manufacture the medicine locally.

By the end of August, Cipla had also sold about 25,000 units of remdesivir to the private healthcare sector in South Africa, says the company’s CEO Paul Miller. Another 10,000 vials will be flown into the country in the coming days.

Study results for remdesivir’s efficacy are inconsistent, but Miller says the demand for the drug is nonetheless soaring in some countries. For instance, in India, Cipla had to ramp up its production capacity to keep up with orders

In the United States, the Food and Drug Administration (FDA) granted emergency use of the medicine for severely ill Covid-19 patients in May, just two days after the preliminary results of a study published in the New England Journal of Medicine, were published. The research found that, while remdesivir had no impact on the mortality of Covid-19 patients, it did reduce certain hospitalised patients’ recovery period by four days. Shortly after the findings were published, medicine regulators for the European Union and Australia also authorised the medicine for provisional use, an arrangement that allows for a drug to be registered with less comprehensive data than what would usually be required, while more research is being conducted.

Late in August, the FDA broadened emergency use of remdesivir to all hospitalised Covid-19 patients, although it cites research that only finds modest benefits for this group.

In South Africa, remdesivir is not registered for use, but in July, Cipla’s local arm got permission from the SA Health Products Regulatory Authority (Sahpra) to import the medicine. Doctors can then use a tool called a Section 21 authorisation, which allows them to order unregistered medicine for patients — usually, each patient would have to apply to be treated with the medicine individually.

But despite remdesivir’s limited availability in the country, and questions around the drug’s appropriateness for South Africa’s health system, the drug’s introduction has opened a Pandora’s box of concerns from patent rights to the profiteering of drug companies and the inadequacies of the country’s price regulation system for medicine.

In July, the public health and law advocacy nonprofit, Health Justice Initiative (hji), and the Wits health organisation Ezintsha asked the Competition Commission to “fully examine the basis of the prices charged” of all suppliers of remdesivir, including Cipla.

Cipla sells a vial of remdesivir for $55, or R960 in both the public and private sectors, Miller says — a patient will need between 5 and 11 doses, depending on how sick they are, which means a treatment course could cost more than R10,000 per person.

But hji and Ezintsha argue “the prices charged do not necessarily correlate with available input costs, nor are they affordable in a time of a pandemic”.

The Competition Commission has confirmed that it is already investigating the matter, says spokesperson Siyabulela Makunga.

What does it cost to make remdesivir?

Historically, pharmaceutical companies have kept mum on the true costs of research and development for their medicines and remdesivir is no different, says Fatima Hassan, who heads up the hji.

In April, however, a study published in the Journal of Virus Eradication estimated that it costs a minimum of R170 to produce a 10-day course of remdesivir. This included the cost of the active ingredients, packaging and a small profit margin.

Based on this figure, independent researchers at the Institute for Economic and Clinical Review (ICER) calculated what a reasonable price for the medicine would be.

In the case of generic manufacturers such as Cipla, the researchers found that between $10 and $600 (R170 to about R10,000) for a 10-day course would be a fair price to charge for the medicine.

Miller points out that Cipla brought the medicine into the country within that scale at $55 per vial and just over R10,000 per course.

He argues that the company incurred significant costs because it had to buy the ingredients used to make the medicine, learn how to formulate it and make sure the medicine is manufactured in a way that can be validated, which means the entire process including the final testing of the medicine is documented and checks all the safety boxes. Validation also ensures that the medicine is made in the same way each time, the United States Food and Drug Administration explains on its website.

But statements in the media are not enough to prove remdesivir’s price is fair, says Hassan.

To get to the bottom of what it really costs generic companies to make remdesivir and bring it into South Africa, the company would have to make its data available to South Africa’s regulators to be reviewed, she says. “I’m certainly not going to take the word of the drug company that they are not profiteering.”

Miller says he would consider making data available to the Competition Commission confidentially, but that Cipla remains a business that gets its competitive advantage from their expertise in making generic medicine.

‘In a pandemic, you need exceptional responses and measures’

Part of Ezintsha and hji’s Competition Commission call includes a request that the commission sets up a system to regulate the cost of all Covid-19 diagnostic tools, vaccinations and treatments in advance. Normally, the commission would only investigate prices after they have been charged.

“But in a pandemic, you need exceptional responses and measures,” Hassan argues.

Such a framework would immediately hold companies accountable for the price of their medicines and technology and could help save money, she says, and could help plug some of the holes in the system South Africa uses to set medicine prices.

In 2004, the government introduced a “single exit price” which sets the maximum price at which prescription medicines can be sold to anybody except the government.

“The single exit price allows the person who’s selling the medicine to set the maximum price for a medicine,” Hassan explains. “But what it doesn’t do is regulate that price or give authorities any power to compare it with prices elsewhere to determine whether the [local] price is fair.

“To hold a private drug supplier accountable for their prices, you would have to prove it is abusing its market dominance, if it has any, through the country’s Competition Act.”

And it’s not just the generic companies that must be scrutinised, Hassan argues, the pharmaceutical companies doling out licences – in this case, Gilead Sciences – also need to be investigated since the terms and conditions of those deals remain mostly under wraps.

The remdesivir licenses awarded by Gilead Sciences to generic drug manufacturers are royalty-free until the World Health Organisation calls off the Public Health Emergency of International Concern or until another treatment of vaccine is available to treat Covid-19, according to a statement on the pharmaceutical company’s website.

The nine companies that received licences all got a “technology transfer” from Gilead Sciences so that they’re able to produce remdesivir straight away. These transfers could include a range of information from documentation and expertise, training, supply of materials and equipment needed to develop and manufacture a medicine, according to the WHO’s definition.

But, says Hassan, consumers remain none the wiser about how much information really changed hands in this process.

In July, South Africa tabled a paper at the World Trade Organisation (WTO) that argues that these kinds of trade secrets could be a “critical barrier” to accessing treatment and technology during the pandemic. The information is protected under the WTO’s Agreement on Trade-Related Aspects of Intellectual Property Rights, Trips.

What is the evidence that remdesivir works against Covid-19?

Despite the debate around remdesivir’s pricing, questions about the medicine’s efficacy remain.

The health department’s treatment guidelines come on the heels of new research that has raised numerous questions, including which patients should be given remdesivir and for how long.

While early results of the New England Journal of Medicine study showed that remdesivir helps hospitalised Covid-19 patients who need oxygen support or ventilation to recover slightly faster, a study published in the Journal of the American Medical Association on 21 August, conducted on moderately ill patients (including those who didn’t need oxygen), found that a 10-day course of remdesivir made no difference in the recovery of such patients.

It’s also unclear how effective remdesivir is when it’s given with steroids such as dexamethasone, which has been shown to reduce mortality among ventilated patients by one-third and by one-fifth in patients receiving non-invasive forms of oxygen therapy such as an oxygen mask.

And while there are some indications from other studies that remdesivir could help Covid-19 patients, the authors of an editorial published in the Journal of the American Medical Association argue that the costs of producing the drug on a global scale are “considerable” given that it’s still unknown whether the medicine holds any benefit when it’s given with dexamethasone, a medicine that is cheap and widely available.

There are also a few reasons why remdesivir might be a bad fit for South Africa, Gray told Bhekisisa in August.

“Many hospitalised Covid-19 patients in South Africa who receive oxygen or are on ventilators, stay in hospital for 10 days in any case, in order to receive a full course of dexamethasone,” Gray explained. “Getting patients out sooner might not be the most important thing.”

The health department’s spokesperson, Popo Maja, confirmed that as long as questions remain about the supply and price of remdesivir and its effect on mortality, “it is not recommended for widespread use”. DM/MC

This story was produced by the Bhekisisa Centre for Health Journalism, http://bhekisisa.org. Subscribe to the newsletter http://bit.ly/BhekisisaSubscribe.

Joan van Dyk for the Bhekisisa Centre for Health Journalism

Joan van Dyk for the Bhekisisa Centre for Health Journalism