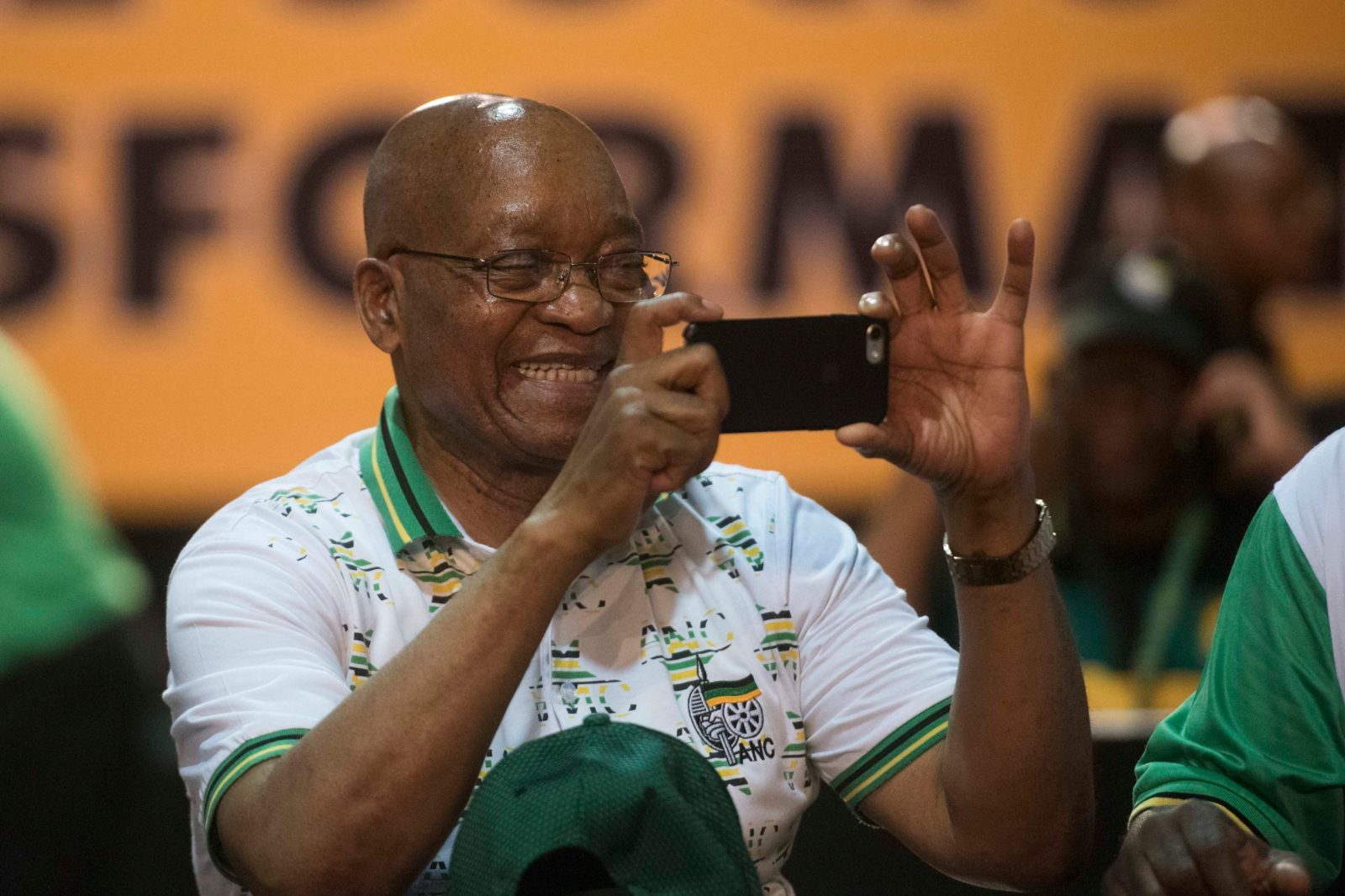 Jacob Zuma's letter to the ANC was among trending topics in the past week. (Photo by Gallo Images / Alet Pretorius)

This is a summary of the trending, highest impact, and most active themes and narratives identified in South African social media conversations in the past week.

Two letters trended this week, indicating the gravity attached to corruption in the ruling party and to continuing conflict between proponents of various political persuasions within its ranks.

Ramaphosa writes to the ANC

Conversations about President Cyril Ramaphosa gained volume following his letter to members of the ANC expressing his plan to root out corruption in the ruling party. This grew throughout the week until it spiked at 5pm on Saturday, 29 August.

As the conversation started @RenaldoGouws tweeted: “you got jokes Cyril” in response to Ramaphosa’s letter. The post questioned the decision to place Zandile Gumede as a member of the KwaZulu-Natal legislature while there were charges of corruption against her. Speculation over who would come under the hammer in the plan to root out corruption continued throughout the week, with some commentators saying the rot had spread too far.

Driving the spike in conversation on 29 August was the hashtag #zumalettertoramaphosa, which led to the hashtag #cyrilmustresign. @Advovolicious and @DjNewAfrica, who have both been identified as members of the Black Twitter organisation in the past, were key in spreading  #cyrilmustresign, alongside @_AfricanSoil.

Having reflected on both letters, @LukhonaMnguni tweeted that Zuma was conceding that the ANC had failed, according to the statements in his letter.

On 31 August, President Ramaphosa trended within #ancnec mentions on Twitter. At this point, the legitimacy of the Zuma letter was questioned as tweets surfaced about it being an “orchestrated campaign” and a “choreographed attack” following comments made by Ramaphosa and Gwede Mantashe.

The first spike related to Zuma was at 6pm on 28 August, driven by more than 1,200 mentions of #zumalettertoramaphosa.

@_AfricanSoil, whose bio reads: “A well-funded; oiled Propaganda Machinery (Media) & Capitalists have destroyed lives of many people through lies & regime change. A dark period in South Africa”, tweeted: “JUST IN: ANC members want Ramaphosa to leave together with Pravin Gordhan who has equally destroyed the SoEs, Eskom, SAA.” The post was retweeted more than 200 times.

But members of the ANC quickly commented: “As members of the African National Congress, we fully support Our President Ramaphosa. What you are saying is your view not for us.”

@_AfricanSoil later tweeted “[BREAKING NEWS] President Jacob Zuma has written an EXPLOSIVE letter to Cyril Ramaphosa wrt to Corruption; image of the ANC and Leadership!” Accompanying the tweet was the alleged letter from Jacob Zuma to President Ramaphosa.

@MosadingN responded: “After reading this letter and as factual as it is – I question it’s intention and timing… I hope logic prevails over the weekend. Things are terrible under CR but will be far worse if he is muscled out and a balance between capital and politics is not achieved.”

@PlayfulThoughts tweeted that the letter was providence as it was released on the eve of the launch of Herman Mashaba’s party, showing that it really was time for a change.

The trend line shows very little conversation about Tony Yengeni on Twitter between 23 and 27 August. But at 8pm on 28 August, there was a notable spike, driven by a tweet posted by @AfricaNews24_7 that was retweeted close to 900 times: “ANC heavyweight Tony Yengeni has called on Cyril Ramaphosa to step down as ANC president at a fiery ANC National Working Committee(NWC) meeting today. This is a developing story.”

On 29 August, there was a further spike in conversation around Yengeni driven by posts like this one tweeted by @AdvoBarryRoux: “Tony Yengeni calling Cyril Ramaphosa to step down as the ANC President. There’s no loyalty among thiefs. #TonyYengeni #CyrilRamaphosa.”

From 23-31 August, #VoetsekANC was the fourth most used hashtag on Twitter in South Africa. This included more than 40,000 tweets and nearly 77 million impressions.  The following graph shows hourly mentions of the hashtag:

A tweet by columnist David Bullard also contributed to the surge in posts containing the #VoetsekANC hashtag, receiving nearly 2,000 likes and 700 comments and retweets. He wrote:

1)recover all the money stolen by ANC cadres

2)put the criminals in orange overalls now……it’s that simple.

Comments on the post largely supported the author’s sentiment.  One user wrote: “Lets vote for them out,” and “lets make South Africa great.”  Another simply wrote “agree #voetsekANC.”

Shortly afterwards, former EFF Chairperson @DaliMpofu criticised Habib in this tweet: “As a self proclaimed intellectual..taking away your hateful insults & ideological preferences but applying as much intellectual honesty as you can muster..Do you actually BELIEVE that the term White Monopoly Capital was COINED or invented by Bell Pottinger or by “Zuma acolytes”??” This was retweeted 258 times and liked 721 times. DM