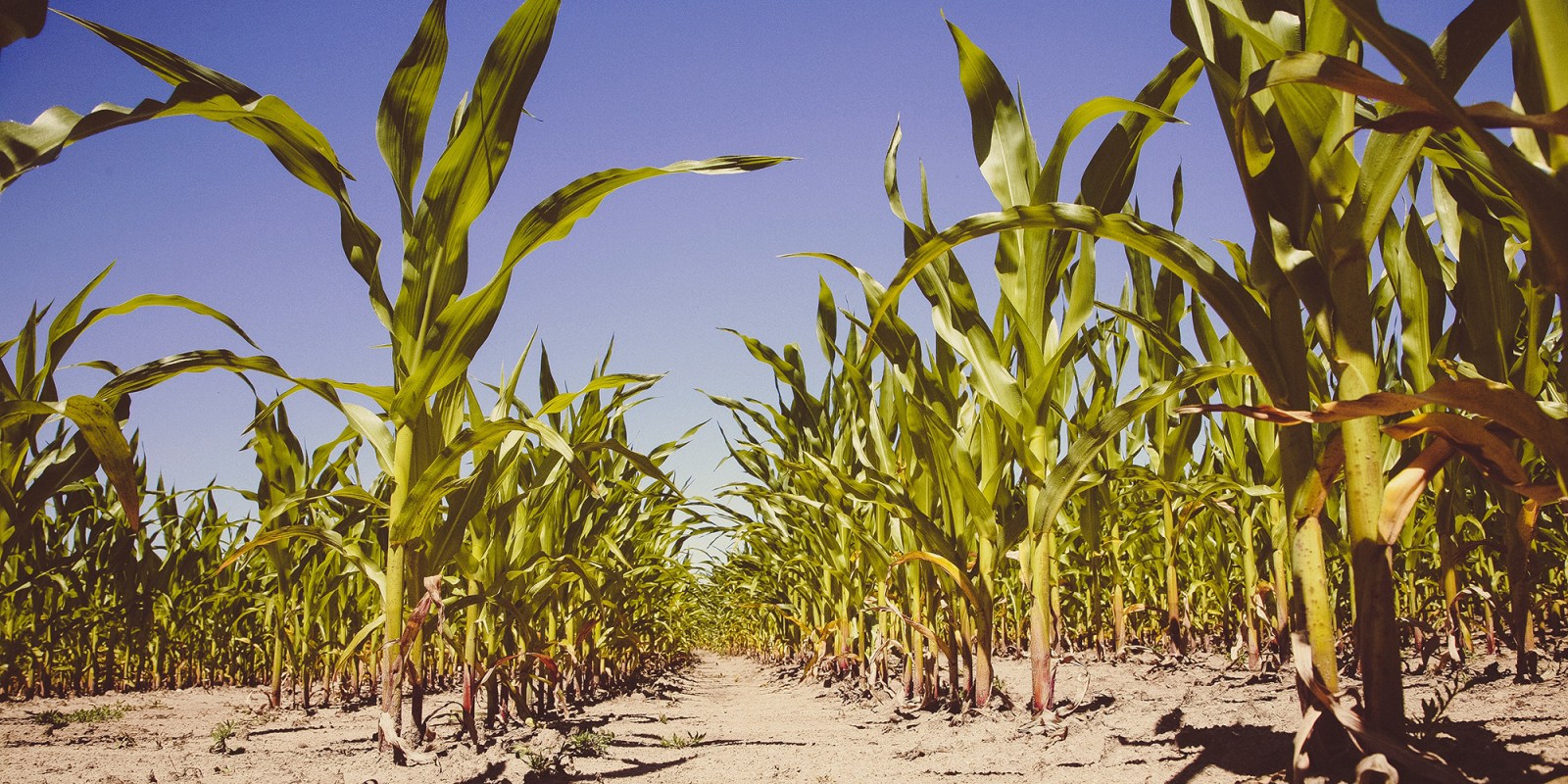 As the lockdown to contain the Covid-19 pandemic bites into economic activity, the pilfering of maize is on the increase, underscoring the toll that is being taken on the poor and vulnerable. (Photo: Unsplash / Markus Spiske)

Will Zimbabwe’s ambition to notably lift its maize domestic production in 2020/21 materialise, and if so, what will be the implications for SA maize exports?

The Zimbabwean government made an important statement about its maize production ambitions last week, which if fulfilled, would have implications on South Africa. The government aims to encourage farmers to plant 1.5 million hectares of maize, which would be a 3% increase from the five-year average area. This is plausible as the country managed to plant 1.9 million and 1.7 million hectares in 2017/18 and 2018/19, respectively. But what makes this particular announcement interesting is the yield target. The government has set a target of 2.4 tonnes per hectare.

Now some might argue that I am comparing “apples with oranges” since South Africa has an industrialised agricultural sector with roughly 80% genetically modified seeds, while Zimbabwe has a largely smallholder farmers’ sector with non-genetically modified seeds. Even in this particular measurement, the smallholder farmers in areas such as the former Transkei and other homelands in South Africa, generally plant conventional maize seeds, and have over the past five years received a maize yield that is 157% higher than the Zimbabwean national average; at about 1.8 tonnes per hectare.

This is all to say, if Zimbabwe achieves this target, it would be extraordinary compared to the country’s previous performance, and also a good boost to its food supplies. This would imply that Zimbabwe would have an overall maize harvest of 3.6 million tonnes (1.5 million hectares by 2.4 tonnes per hectare). The current season’s harvest is estimated at 850,000 tonnes, against an annual consumption of between 1.8 and 2.0 million tonnes. So, the targeted yield would ensure that the country is well set for its domestic needs and would even have a surplus for export markets.

But what will the Zimbabwean government do differently this time around to ensure such an increase in yields? The state-run Herald newspaper reports that this will be through an inputs support programme by the government. The paper further stated that “the distribution of inputs under the Presidential Inputs Scheme for the summer cropping season has started with seeds and fertilisers being delivered to Grain Marketing Board depots”.

I guess one will have to monitor and assess if such input reaches the beneficiary and also whether the plantings begin on time. The one positive factor I am confident about is that the 2020/21 production season could experience a La Nina weather event, which implies that southern Africa’s agriculture could receive above-normal rainfall. Under such conditions, if the Zimbabwean government can keep its word, one would see an improvement in the country’s maize fortunes. But the question of whether such an increase would meet the targeted 2.4 tonnes per hectare is a different discussion, which I am not fully convinced of.

Be that as it may, this is an important development that South African maize producers should keep an eye on, especially as we approach the 2020/21 planting time, and decisions about the area plantings per crop will need to be made. DM

Wandile Sihlobo is chief economist for the Agricultural Business Chamber of South Africa.