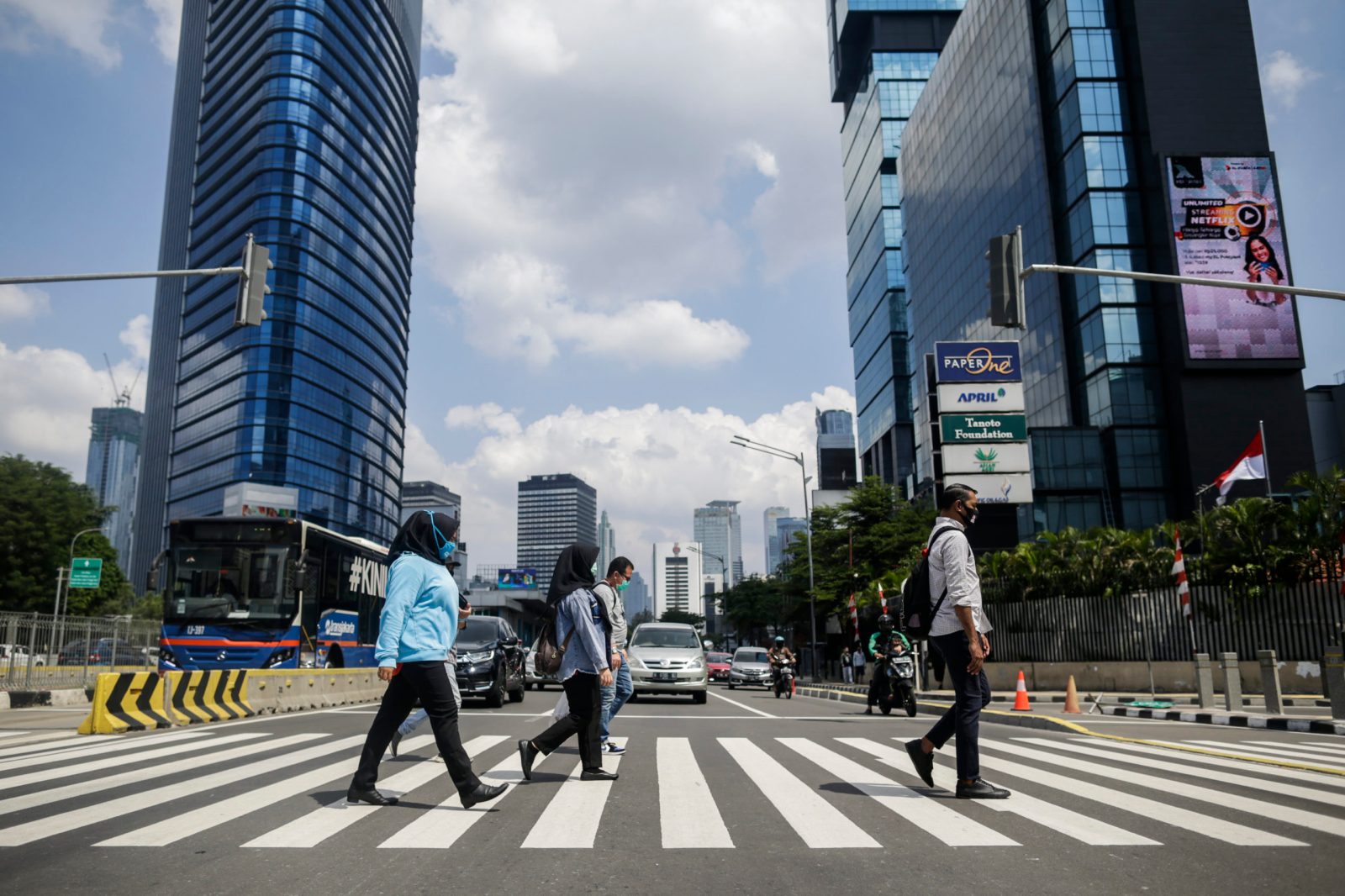 People cross a main street at a business area in Jakarta, Indonesia, Indonesia, 21 August 2020. According to media reports, Indonesia could potentially look at a near-zero economic growth this year as the government is struggling to spend the stimulus budget needed to bring back the economy amid the coronavirus pandemic. EPA-EFE/MAST IRHAM

JAKARTA, Aug 30 (Reuters) - A more infectious mutation of the new coronavirus has been found in Indonesia, the Jakarta-based Eijkman Institute for Molecular Biology said on Sunday, as the Southeast Asian country's caseload surges.

Indonesia reported 2,858 new infections on Sunday, data by the health ministry showed, below the previous day’s record 3,308 but above the past month’s daily average. Its total number of cases was 172,053, with 7,343 COVID-19 fatalities.

The “infectious but milder” D614G mutation of the virus has been found in genome sequencing data from samples collected by the institute, deputy director Herawati Sudoyo told Reuters, adding that more study is required to determine whether that was behind the recent rise in cases.

The strain, which the World Health Organization said was identified in February and has been circulating in Europe and the Americas, has also been found in neighbouring Singapore and Malaysia.

Syahrizal Syarif, an epidemiologist with the University of Indonesia, warned Indonesians must remain vigilant, as his modelling suggests the country may see its caseload rise to 500,000 by the end of the year.

“The situation is serious …. Local transmission currently is out of control,” Syarif said, adding that the number of infections found daily could have been much higher if laboratories were able to process more specimens in a day.

The capital Jakarta on Sunday saw a record daily increase of more than 1,000 cases, which the city government linked to a higher mobility rate during a mid-August independence celebration.

“There needs to be an awareness and a collective effort, be it from the government or the people, in addressing the rising number of cases,” Dwi Oktavia, an official at the Jakarta health agency, said in a statement, urging people to stay at home and wear a face mask when they must go out. (Reporting by Gayatri Suroyo and Stanley Widianto; Additional reporting by Nilufar Rizki; Editing by Sam Holmes and William Mallard)