Work together to get children fed, now 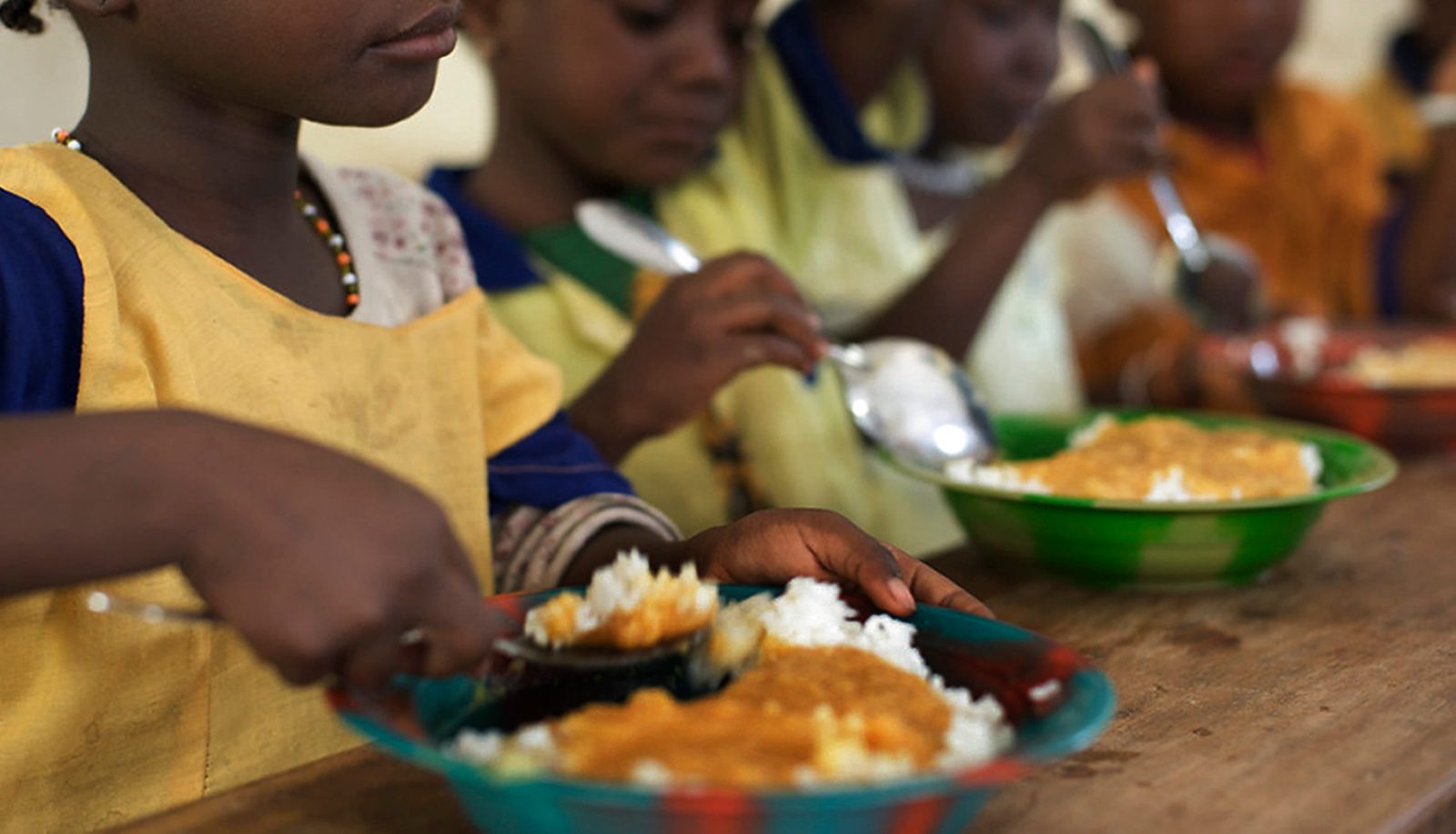 With millions of breadwinners losing their livelihoods due to Covid-19, the school feeding programme cannot afford disruptions as it is the only thing preventing millions of already vulnerable poor children (and their families) from starving. (Photo: Flickr / Julien Harneis/Wikipedia)

The Department of Basic Education would greatly benefit from the collaboration and co-operation with civil society that is the purpose of the National School Nutrition Programme court order.

The National School Nutrition Programme (NSNP) has been running since the beginning of South Africa’s democracy and now feeds more than nine million learners daily. It has been hailed as a successful poverty alleviation measure.

The court held that the programme must continue to provide food to all learners, whether or not they had been phased in to return to school.

Reinstating the programme is in the clear interests of learners and in realisation of their rights to basic education, basic nutrition, dignity and equality.

So how can the NSNP be sustained now, at a time of disrupted schooling and given the health risks that come with gathering for the preparation and distribution of food?

It is unusual for a court to require, after the judgment, the provision of plans and reports (called a supervisory order), but such an order provides an opportunity for an ongoing to-and-fro, solution-orientated dialogue between the parties in the best interests of the learners.

Where are we now?

The plans of the minister and MECs have been submitted to the court and the applicants. As representatives of the applicants, we wrote to Minister of Basic Education Angie Motshekga and all the MECs after the plans were filed, commenting on the plans, requesting more information where needed, and asking for details – particularly in relation to communication and transport plans, which were lacking. We relayed information that we had gathered from monitoring efforts about where problems remained in each province, because it was clear from these that caregivers and learners were not always aware that food was again being provided. For learners living a distance from school, the absence of transport presented a barrier to them being able to access the NSNP.

On 7 August, the minister submitted the first report, with some information about each province and a confirmatory affidavit from each province. There were some improvements, but still a lot of information was lacking, including information requested in our letters reflecting on the plans.

There is reportedly low uptake of the NSNP in most provinces, as low as 3.7% in the Free State and 7% in Gauteng. This is of huge concern. We know that children are going hungry and yet food is reportedly available for them.

So, how should the department resolve this issue?

The NSNP is not a new programme. It is one that the department has been implementing, largely very successfully, for the past 25 years. We must ensure that it reaches its targeted beneficiaries – in this moment of crisis – when it is needed more than ever. DM/MC

Sasha Stevenson is the head of the health rights programme at SECTION27.