Rebuilding America’s sense of justice, decency, and honour will be a hard task 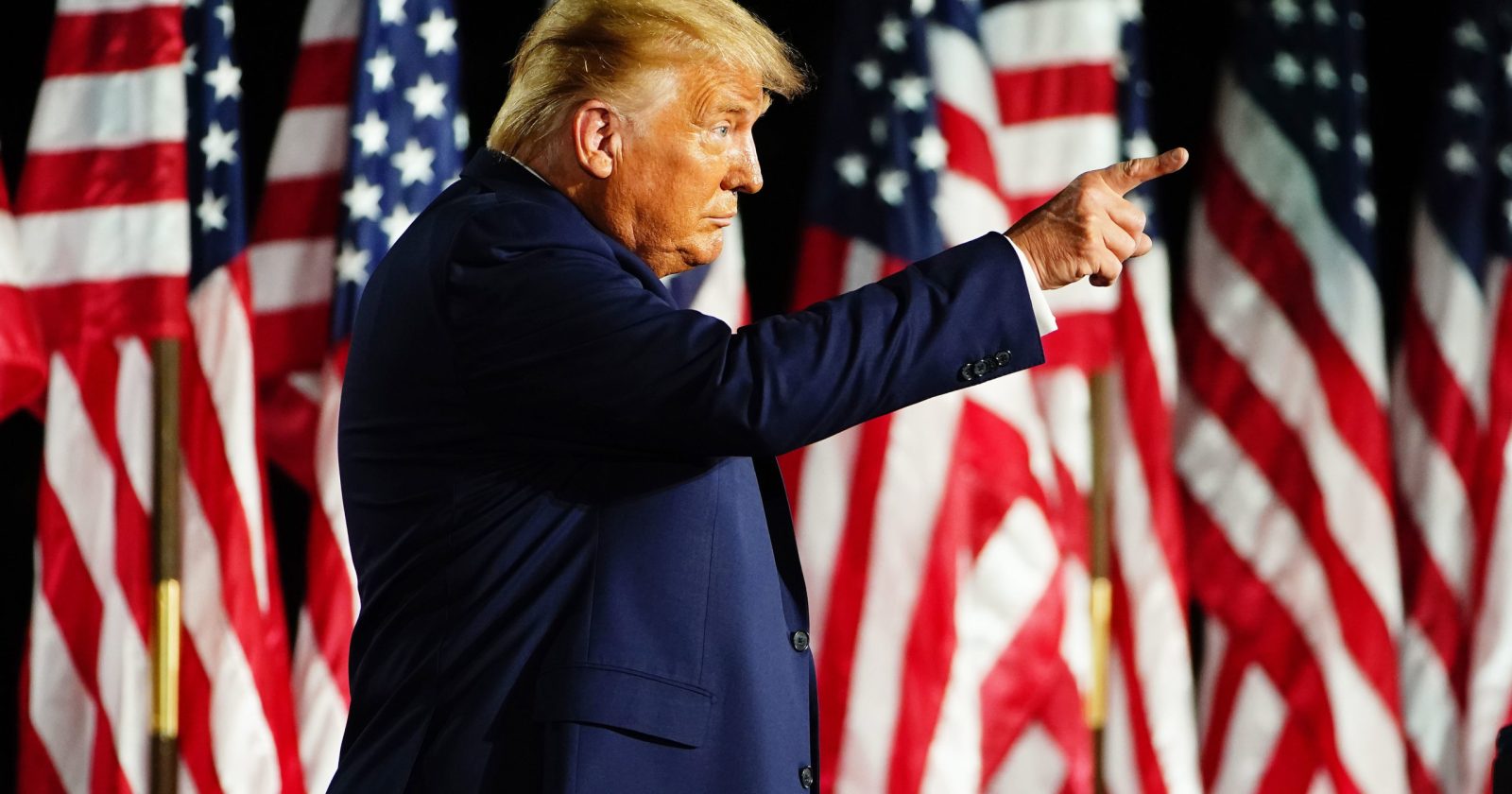 US President Donald J. Trump reacts after delivering his acceptance speech on the final night of the Republican National Convention on the South Lawn of the White House in Washington, DC, USA, 27 August 2020. EPA-EFE/JIM LO SCALZO

The moral measure of Donald Trump has been “weighed, measured, and found wanting.” But even if he goes, rebuilding the wreckage will be hard work.

In a little more than two months, the end of Donald Trump’s carnage may be at hand, replaced by a more normal, more rational administration.

But in spite of everything that has occurred since 2016, Trump may yet win a second term. If it is the latter, however, Americans will witness the ever-deeper degradation of American life, politics, and the nation’s reputation in the eyes of the world.

Since becoming president, Trump has eviscerated a generation’s worth of improving environmental protection, and devastated the political landscape, turning every conceivable element of government into a series of rewards and punishments. It has been rewards to family, friends, and the corporate rich (including some massive tax cuts), and punishments for all those with less leverage.

Despite being the grandson of an immigrant and husband of another, his immigration policies are deeply stained with anti-foreigner racism, most especially towards those whose faith or national origin bears links to Islam or towards small children, placed in cages. And of course, there has been that fraudulent canard that Mexico would pay for a border wall to keep Hispanic gangs from desecrating the nation’s suburbs.

Dealing with longtime allies, it has been years of hectoring, threats, and insults. Whenever it was not about unfair trade, it was those embarrassing, angry sulks about those governments failing to spend enough on collective security and defence. By now, foreign democratic leaders can barely stand to even meet him in international meetings.

But to the nation’s strategic opponents, it has been tragically different. There has been unconscionable obeisance towards Vladimir Putin, without regard for the nation’s security.

With North Korea’s authoritarian leader, it has been an exchange of “love letters”, even as Kim Jong-un’s nuclear ambitions continue without letup.

With his eccentric, dangerously personalised style of diplomacy he has plunged ahead, first trying to entice Chinese ruler Xi Jinping with the “best chocolate cake ever”; then following up with threats, punitive trade tariffs on imports (paid by Americans), shambolic negotiations of trade agreements, then still more tariffs — but never once condemning Chinese violations of human rights.

But his impact on America’s own national spirit has been more corrosive still. This president employs the language of a neighbourhood bully bent on bludgeoning into submission anyone who disagrees with his views. He is a man who revels in dividing and belittling, rather than uniting.

Yes, of course, prior presidents used obnoxious obscenities in private. But they understood a president’s public utterances must reflect the truth, presidents must lead, console, and inspire, rather than mock, denigrate, or insult. Instead, Trump’s words defile the national conversation.

Worse, his strident attacks on those he disagrees with (or where he seeks political advantage through such attacks) have encouraged acolytes with even less of a moral compass than the president has, to carry out acts of violence and brutality, even as he reassures them they are “very fine people”.

By now outrage is piling up so high it is almost impossible to keep track of, or even maintain a sense of outrage over them.

By now, Trump’s effort to enlist the president of Ukraine in a political fishing expedition against his likely rival for the 2020 election seems like the faint afterglow of streaking meteor.

While this president’s moral vacuity and inability to lead has been on display over this past several weeks, everything up to now has been pointing towards this moment. Responding to an epidemic that will soon enough have killed 200,000 Americans and infected millions more, after first insisting it would be over by spring, and even as his lackeys proclaim that the worst is over, the president’s judgment has been, “it is what it is”.

For this president, Covid-19 has been like an infestation of mosquitos, rather than a plague that has precipitated an economic catastrophe rivalling the Great Depression. Rather than relying upon science and epidemiology, the president has spent months insisting it has all been the fault of China, hinting they might even have created it in the service of improving his electoral chances in 2020.

In times of crisis, any other national leader would have addressed the nation, taken it into his confidence, and explained how challenging this pandemic is, but giving assurances the government is hard at work, despite the challenges. Instead, Americans heard recommendations to take drugs useless for this disease, or to inject themselves with household bleach.

But it is in dealing with America’s current racial agonies that this president has shown the most appalling aspects of his character. In the face of public outrage over killings of unarmed black men in cities across the country by local police forces, the president has been AWOL on the causes of this discord, anger, and hurt — let alone any effort to lead the nation towards comity. Instead, there have been the chants of “law and order” and threats to send the army into any city affected by demonstrations and marches.

In a kind of demonstration project, he ordered federal corrections officers, wearing camouflage gear, into Portland, heightening the discord. And then there was Lafayette Square. In a park across from the White House and in nearby streets, his gendarmes cleared the area so the president could pose in front of a church, scowl pasted on his face and Bible in hand, as if he was an avenging angel. In response to ensuing national outrage, military commanders disassociated themselves with this, as if to say: “President Trump, you are on your own on this one”.

Sadly, he is not on his own. Everything he does or says spins yet more of the nation’s gold into dross. That is bizarre alchemy; but reversing this and rebuilding a nation’s sense of justice, decency, and honour will be so much harder to accomplish, now that Donald Trump has done his damnedest.  DM