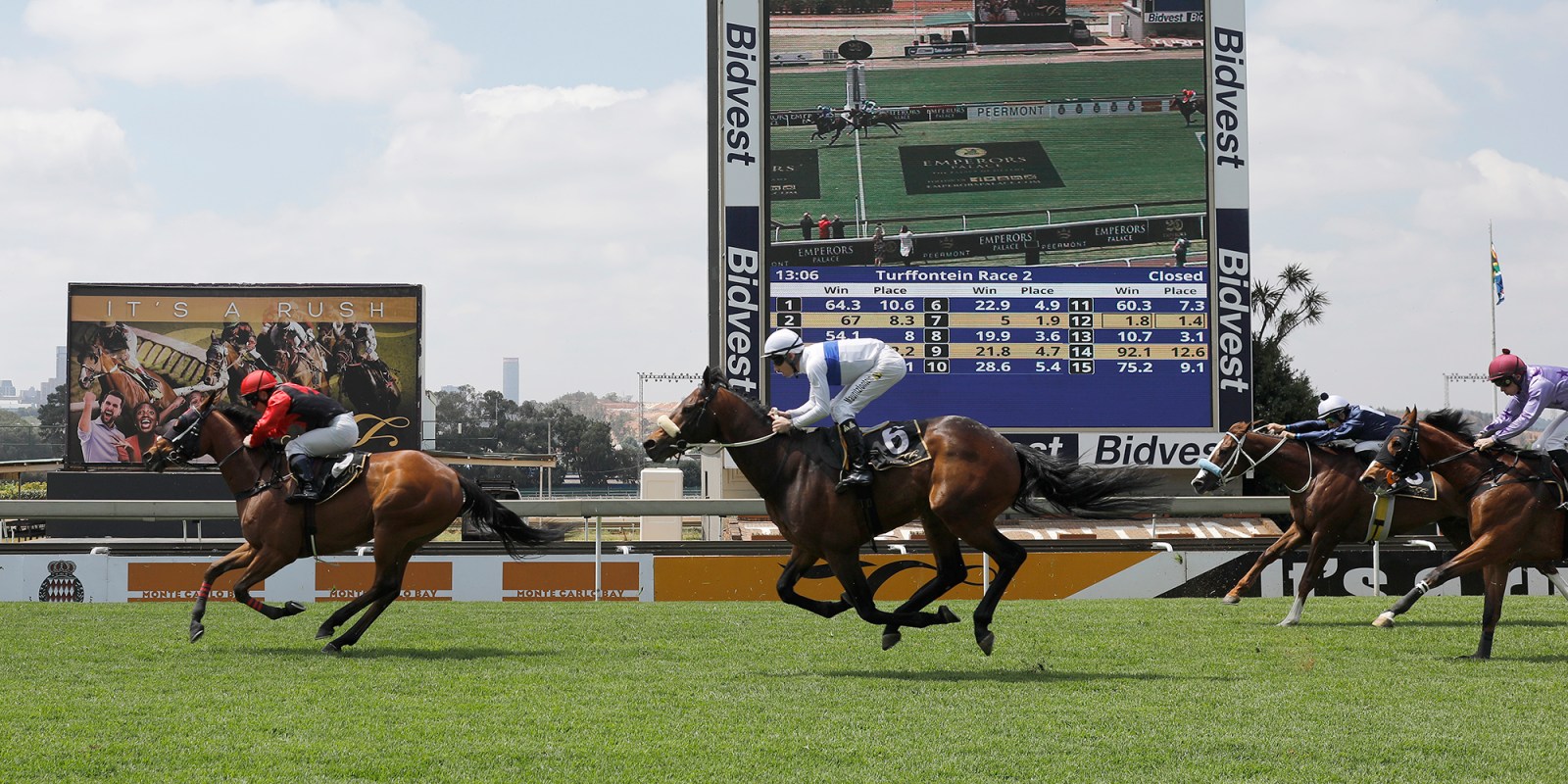 The race to avert the demise of SA’s horse racing industry is heating up. Mary Oppenheimer Daughters and UK-based bookmaker Betfred have each tabled multimillion-rand offers to acquire and recapitalise Phumelela. Betfred’s offer is almost double the size, but there can only be one successful bidder.

The race to rescue Phumelela Gaming & Leisure from collapse is heating up, with two prominent investors duking it out to emerge successful in their multimillion-rand bids for SA’s largest horse racing and betting group.

Mary Oppenheimer Daughters will go up against UK-based bookmaker Betfred to acquire and inject capital in Phumelela, which voluntarily submitted itself for business rescue proceedings in May. Phumelela’s financial situation worsened after the government imposed a hard lockdown in March and suspended racing activities in SA to stop the spread of Covid-19.

Ahead of a crucial meeting on 1 September with Phumelela creditors – owed R1.17-billion – both well-heeled investors have trashed each other’s offer to buy Phumelela by writing letters to the company’s business rescue practitioner, John Evans. Their letters were published by Evans and presented to creditors, who will decide on Phumelela’s fate at the meeting.

Mary Oppenheimer Daughters said Betfred has not tabled a firm offer – one that should be backed by legal agreements – but it has merely stated its intention to buy Phumelela. Thus, Betfred was being “naïve” and “optimistic”.  Meanwhile, Betfred said its offer aims to preserve all jobs at Phumelela and improve the viability of SA’s horse racing industry. Betfred said the Mary Oppenheimer Daughters offer doesn’t guarantee that all creditors will be paid in full.

Mary Oppenheimer Daughters has tabled an offer worth R550-million to buy Phumelela’s horse racing assets, including the Turffontein racecourse in Gauteng and Kenilworth racecourse in Western Cape. The family’s offer excludes Phumelela’s non-horse racing assets, including a 50% share in Premier Gateway International (a totalisator business in the Isle of Man), and Betting World businesses (involved in betting on sports including soccer, rugby and cricket).

Evans (the rescue practitioner) published a business rescue plan on 19 August, in which he proposed the sale of non-horse racing assets to pay Phumelela’s debt obligations.  The Mary Oppenheimer Daughters’ offer was endorsed by Evans and included in the rescue plan.

Phumelela gets huge new backing from the Oppenheimer family (again)

Mary Oppenheimer Daughters is an early backer of Phumelela as it offered the company a loan worth R100-million during its business rescue proceedings. The loan is called post-commencement finance, which ensures that the operations of a company that is in business rescue (like Phumelela) are kept going while it is being restructured.

“MOD [Mary Oppenheimer Daughters] has been proactive in their support of the industry. When the situation was most dire MOD stepped in to save Phumelela from liquidation, thereby saving the industry. MOD is the only party that has actually advanced money to Phumelela since the commencement of rescue proceedings. There can be no better proof of MOD’s commitment to racing,” it wrote in a 28 August letter to Evans.

Mary Oppenheimer Daughters has threatened to withdraw its funding offer if Phumelela creditors don’t vote on the business rescue plan as scheduled on 1 September.

“It is hardly fair to expect MOD to fund Phumelela while it negotiates a competitive proposal to the MOD transaction, especially not one that MOD strongly views as not being in the best interests of horse racing and all affected persons.”

But Betfred, the owner of more than 1,500 sport betting shops in the UK, has joined the fray by offering as much as R925-million to acquire all of Phumelela. Founded by billionaire brothers Fred and Peter Done, Betfred is also prepared to throw in a loan of R650-million to ensure that claims by creditors against Phumelela are paid in full. Betfred has given Evans a deadline of 1 September before 2pm to accept its offer.

If Betfred’s offer is accepted by Evans and creditors, it means that Phumelela and its SA operations will be foreign-owned. In a letter to Evans on 25 August, Betfred has described its Phumelela buyout offer as a “vote of confidence in the South African economy and a direct response to President [Cyril] Ramaphosa’s drive to boost the South African economy by securing $100-billion in foreign investment by 2023”.

That Mary Oppenheimer Daughters’ offer doesn’t include the purchase of all Phumelela assets (only those linked to horse racing) means that concurrent creditors will not be paid all monies owed, said Betfred. Concurrent creditors, those whose outstanding monies are not backed by Phumelela assets as a guarantee for repayment, stand to receive 72 cents in the rand, said Betfred.

Mary Oppenheimer Daughters has hit back, saying the 72 cents will be the minimum payout to creditors, with balance topped up with proceeds from the sale of Phumelela’s non-racing assets. It also said there is no guarantee that the Betfred offer will be successful or implemented quickly as it will be subject to heightened regulatory scrutiny because Betfred is a foreign company that plans to acquire a local company. DM/BM