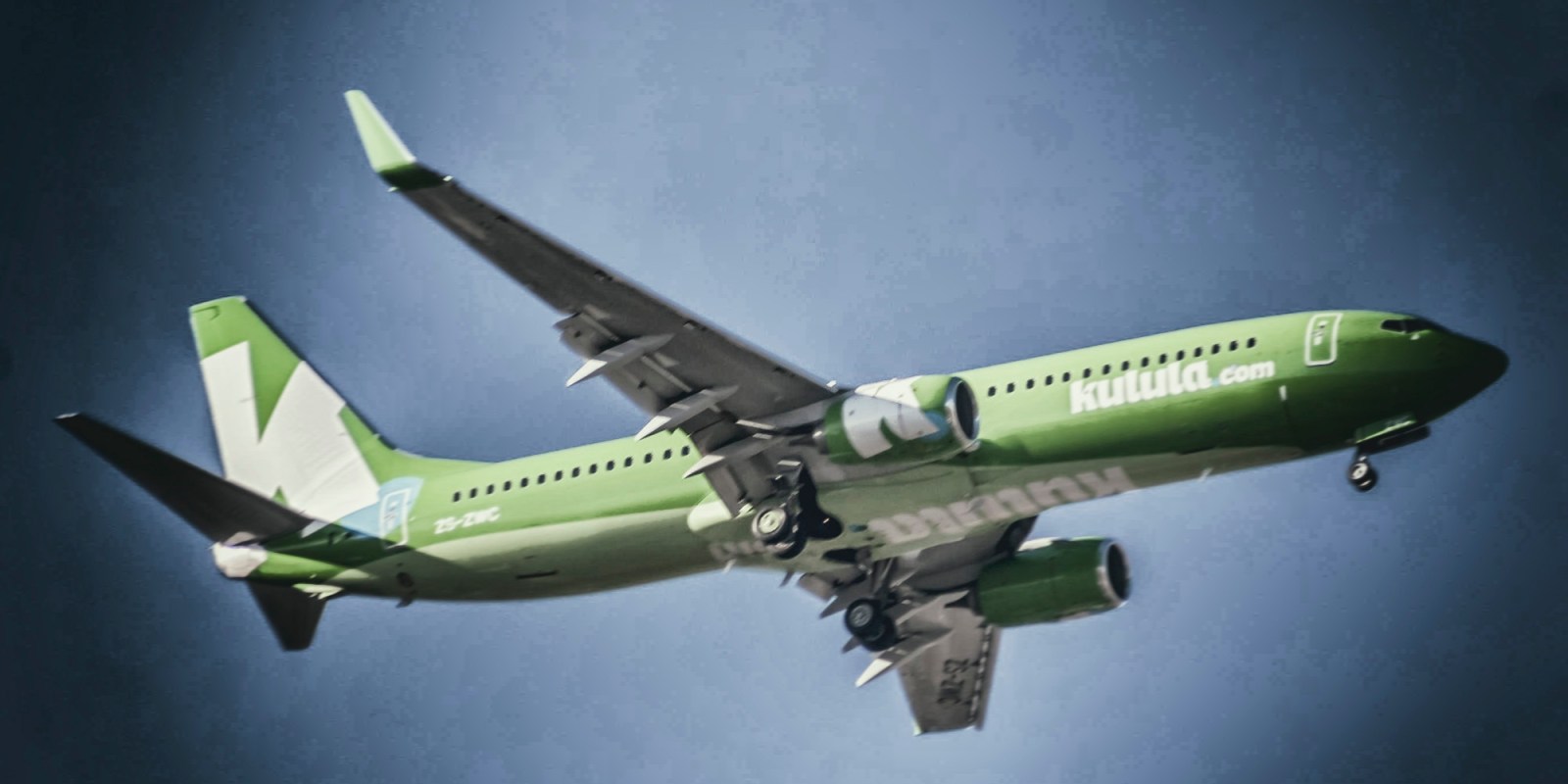 Comair creditors told Business Maverick that they would reject a business rescue practitioners’ proposal for a steep fee increase at a meeting scheduled for 20 July. (Photo: Flickr / Lindy de Bruyn)

Two consortiums have made separate offers for Comair in a bid to keep the planes in the sky. Both see flights resuming later this year.

A group of investors has come to the rescue of Comair by making an offer to inject R500-million into the JSE-listed airline operator, which is fighting for its survival through business rescue.

Business Maverick understands that the group of investors – called the Moritz Consortium – comprises individuals linked to the family that founded Comair 77 years ago.

If the consortium’s offer is approved by the creditors of Comair, the operator of Kulula and British Airways flights in SA, the company will delist from the JSE and have a new management and board.

Comair would also resume flights by 1 December 2020 after it was grounded by the lockdown. The Comair board placed the company under business rescue on 5 May because it didn’t have enough working capital to pay expenses and debt obligations.

Details of the consortium and its offer to inject capital into Comair were disclosed in a business rescue plan published at the close of the business day yesterday.

The Comair business rescue practitioners, Shaun Collyer and Richard Ferguson, delivered a presentation to the company creditors and shareholders at virtual meetings on Thursday, where all parties were updated about efforts to rescue and restructure Comair.

Business Maverick has seen a copy of the presentation, which said the offer tabled by the consortium would be in two tranches: an injection of R100-million into Comair to keep the company operating as the business rescue plan is implemented, and the remaining R400-million will be in the form of an equity injection (purchase of the company’s shares).

The first phase of funding will only be injected into Comair if 75% of creditors vote in favour of implementing the business rescue plan. A meeting has been scheduled for 11 September by the rescue practitioners for the vote by creditors.

The second phase of investment (R400-million) will be released only after the consortium’s buyout offer is approved by the Competition Commission and the JSE, as Comair’s shares are still listed on the bourse but were suspended from trading when the company went into business rescue.

Collyer and Ferguson have received another buyout offer from a separate consortium called Harith-Lanseria, which is prepared to inject R700-million into Comair as early as 4 September to recapitalise it. The consortium includes Harith General Partners, an investment house that is one of the owners of Lanseria International Airport in Gauteng. The Harith-Lanseria consortium has sweetened the offer by throwing in another R50-million to keep the company operating as the business rescue plan is implemented.

According to Rampa Rammopo, the CEO of Lanseria International Airport, the offer is backed by institutional investors including the Government Employees Pension Fund (GEPF).

Harith-Lanseria plans to restart Comair flights by 1 October 2020. But like the Moritz Consortium, Harith-Lanseria said its offer depended on whether creditors approved the business rescue plan.

If all conditions are met, Collyer and Ferguson expect the business rescue process to be over “before 31 March next year, if not sooner”.

But if the business rescue is not approved, they would move to a structured wind-down of Comair operations. DM/BM