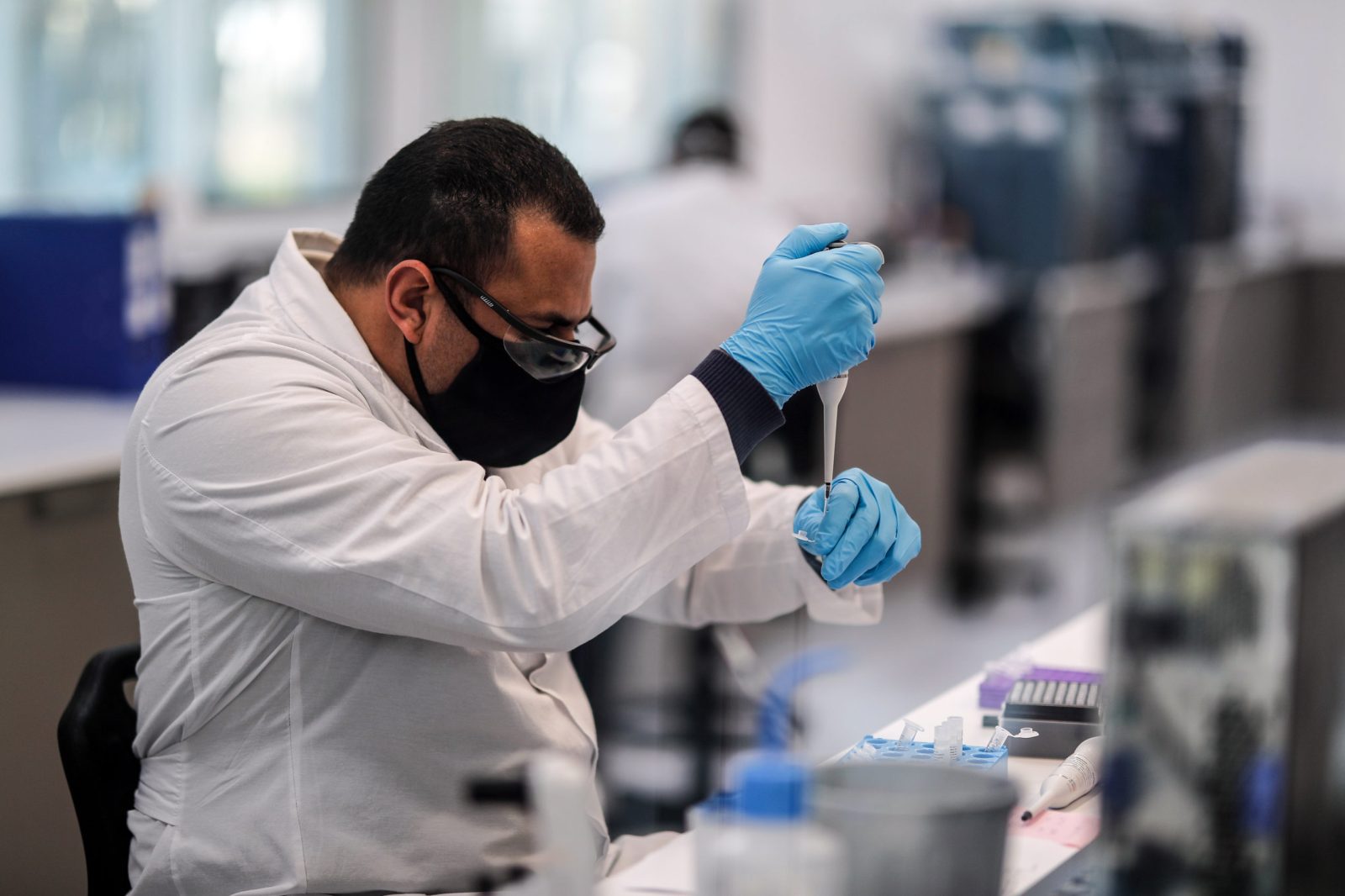 epa08603487 Workers of the mAbxience laboratory, chosen by AstraZeneca for the production in Latin America of the vaccine against COVID-19, carry out tasks in the plant that the company owns in Garin, in the province of Buenos Aires, Argentina, 14 August 2020. The Argentine laboratory mAbxience is confident that the results of the clinical trial of the vaccine developed by AstraZeneca in collaboration with the British University of Oxford will be positive and that production will begin later this year or early 2021. EPA-EFE/Juan Ignacio Roncoroni

SANTIAGO, Aug 27 (Reuters) - A group of South America presidents agreed on Thursday to information sharing and coordination on access to eventual COVID-19 vaccines to counter the virus which has the continent within its grip, Chile's foreign minister said.

Andres Allamand said there would be multiple benefits to a coordinated approach to obtaining a vaccine by members of the Prosur bloc, made up of Chile, Argentina, Brazil, Colombia, Paraguay, Peru, Ecuador and Guyana.

“A joint effort would bring benefits, particularly in terms of access, quantities and guaranteed prices,” he said, following the virtual meeting of presidents and foreign ministers.

The discussions reflect the intense jockeying for position of developed and developing nations to ensure their citizens get early and affordable access to COVID-19 vaccines.

More than 150 vaccines are currently being developed and tested around the world, according to the World Health Organization, with 25 human clinical trials.

Trials of vaccines including those developed by Johnson & Johnson, Sinovac and AstraZeneca are already underway or due to start shortly in Latin America, a current hotspot of the pandemic.

Allamand said the bloc discussed the production in Argentina and Mexico of the vaccine created by British pharmaceutical company AstraZeneca, and the “very advanced” production work in Brazil, and the potential for those initiatives to benefit the wider region.

He said Chile was also conducting its own vaccine diplomacy further afield.

“We in Chile are following the evolution of at least five projects and we have been in contact with some of those laboratories and countries specifically to be able to get access to those vaccines at reasonable prices and as quickly as possible,” he said.

Allamand said the Prosur leaders also agreed to coordinate the eventual reopening of their borders, putting together a technical commission that will report back on how this could be done within 10 days, potentially including stricter entry requirements such as a negative PCR Covid-19 test. (Reporting by Natalia Ramos, writing by Aislinn Laing; Editing by Bernadette Baum)