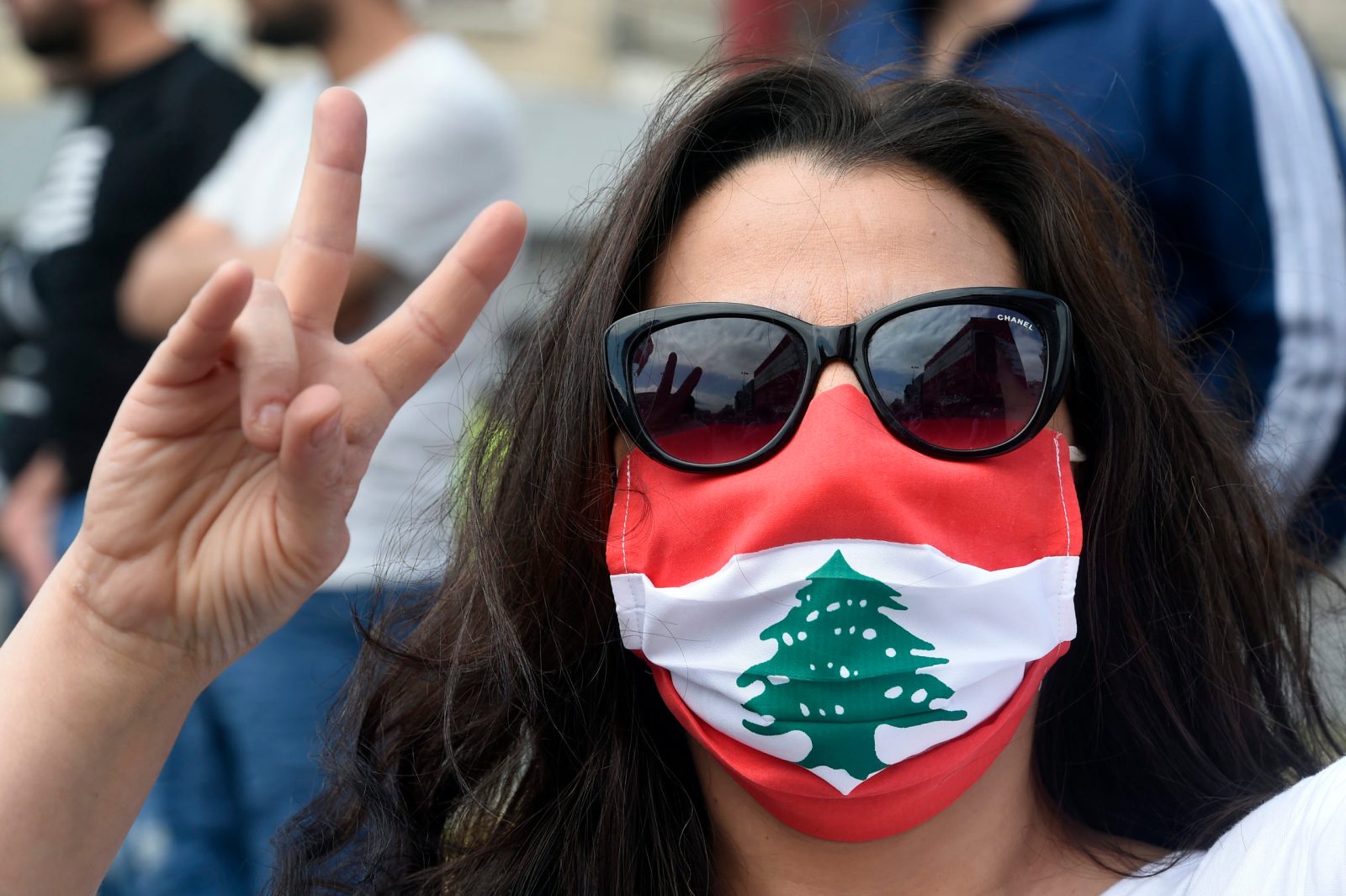 epa08398898 A protester wears a protective mask designed as a national flag amid the COVID-19 pandemic as she flashes the victory sign during a? protest at Al Nour Square in Tripoli, northern Lebanon, 03 May 2020. Anti-government protesters from across Lebanon arrived in the Lebanese city of Tripoli to show support of demonstrators of the city after the alleged death of a protester Fawaz Al Samman in clashes with the Lebanese army on 28 April 2020. EPA-EFE/WAEL HAMZEH

TRIPOLI, Aug 27 (Reuters) - Libya's Tripoli-based government has announced a 24-hour curfew to halt the spread of the novel coronavirus as it struggles to contain protests over deteriorating living conditions and corruption.

The curfew, which took effect on Wednesday night, was imposed by the internationally recognised Government of National Accord (GNA) three days after protests in the capital and the nearby town of Zawiya began to escalate.

The decision exempts people who need to go out for essential food or medicine at nearby shops, but it angered protest supporters who posted messages online saying it was designed to prevent further demonstrations.

Some defied the order on Wednesday night and went to central Tripoli’s Martyrs’ Square, where they were confronted by armed groups with military vehicles that dispersed them by force, according to an witness and videos posted on social media.

On Thursday the GNA interior ministry said it was ready to protect protesters from armed groups and “mobs”. It earlier said it supported the right to peaceful protest, and blamed violence around demonstrations on Sunday on “infiltrators”.

The protests pose a new challenge for a weak and divided GNA after Turkish military support allowed it in June to repel a 14-month assault on Tripoli, located in Libya’s far northwest, by rival factions based in the east.

Fighting has died down since then and leaders from both rival camps endorsed a ceasefire last Friday.

Libya has been divided for more than five years between rival factions based in the east and west and engaged in a stop-start conflict with foreign backing. Tripoli is controlled by armed groups that are affiliated with the GNA, but often act with impunity.

Confirmed coronavirus infections have recently surged to more than 12,200, including 219 deaths, compounding misery caused by power and water cuts and an economic crisis partly triggered by a collapse in oil production.

“We have nothing in Libya,” said Moez, a 21-year-old student who carried a banner saying “Corruption can’t build states” as he protested on Sunday.

“They speak about oil and gas and we only hear about the revenues but we live like animals – no water, no power, no money…nothing at all.” (Reporting by Tripoli bureau Writing by Aidan Lewis Editing by Mark Heinrich)