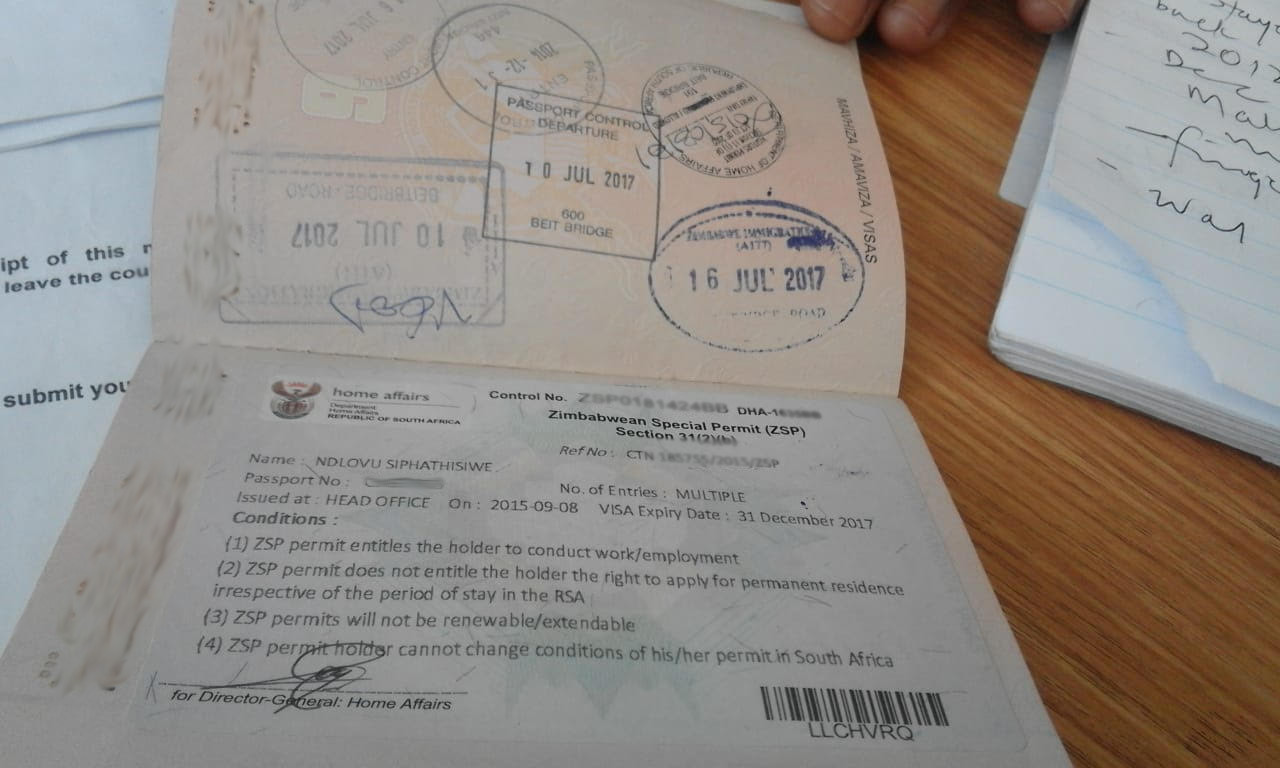 In October 2018, we reported on a Zimbabwean woman who appeared to be guilty of child trafficking in the eyes of SA authorities when all she wanted to do was bring her nine-year-old son to join her in Cape Town. (Photo: Bernard Chiguvare)

A new study has found that the discourse around child trafficking did not reflect the realities on the ground and is “based more on speculation and a moral panic shaped by anecdotal evidence”.

A recently published report suggests that incidents of “child trafficking” in South Africa are exaggerated and that migrant children are bearing the brunt of this “myth”.

The study was conducted by Dr Rebecca Walker and Dr Stanford Mahati, both from the African Centre for Migration and Society at the University of the Witwatersrand, along with Centre for Child Law (CCL) researcher Isabel Magaya.

It was commissioned by the centre “out of a concern that the moral panic around child trafficking in South Africa is used to discourage cross-border migration and impinge on people’s rights”.

Also, the report says, there were concerns that state officials, who deal with undocumented migrant children, are using child trafficking measures “to justify practices that violate the rights of children”.

The authors looked at legislation, prosecutions, “myths and realities”, and oversaw field work in which, among others, “children on the move” were interviewed.

Their findings reflected that the discourse around child trafficking did not reflect the realities on the ground and is “based more on speculation and a moral panic shaped by anecdotal evidence”.

While their study was done on a relatively small scale in Cape Town, Gauteng, Ehlanzeni District and Musina, it showed the majority of child migrants had not been trafficked, and there was limited understanding by key people, including border control officials, as to what legally constitutes child trafficking.

“Most children have either made a decision on their own to come to South Africa or have been influenced by their peers or relatives, including parents, to come here to improve their economic situation and access basic services like education.

“Though the movement of children under these conditions challenges norms about the ideal childhood and exposes children to a number of vulnerabilities, this does not mean that their experiences can, conveniently be described as trafficking,” the authors said.

“Describing them as such is dangerous and generates a lot of problems in the lives of children on the move.

“Furthermore, the complex, everyday realities of children crossing borders, including the risks they face in encountering corruption among border officials, confronting xenophobia, and being denied access to documents, do not fit with an overall focus on children as victims who need to be ‘put back in place’ in their own countries or homes.”

Barriers made migrant children more vulnerable and more at risk of being “trafficked”.

Harsh immigration and migration policies, founded on an anti-trafficking stance, “misrepresent and diminish the severity of many of the key vulnerabilities faced by migrant children”.

“They also heighten the risks that children face as their experiences, which do not amount to trafficking, are ignored and sidelined. The key to considering the experiences of children on the move is recognising that in reality, the migration of children is unlikely to change. “

They said any approach directed at children should focus on facilitating safer movement, ensuring access to support and making sure children were documented so as to reduce the risk of greater harm.

The authors said a much larger, comprehensive study was needed to formulate a reliable picture of child trafficking in a broader context of child migration.

“This can then inform policy making and, most importantly, challenge claims that are based on myth rather than evidence,” they concluded. DM