Shaking the foundations – time to change the structur...

Shaking the foundations – time to change the structure of our cities 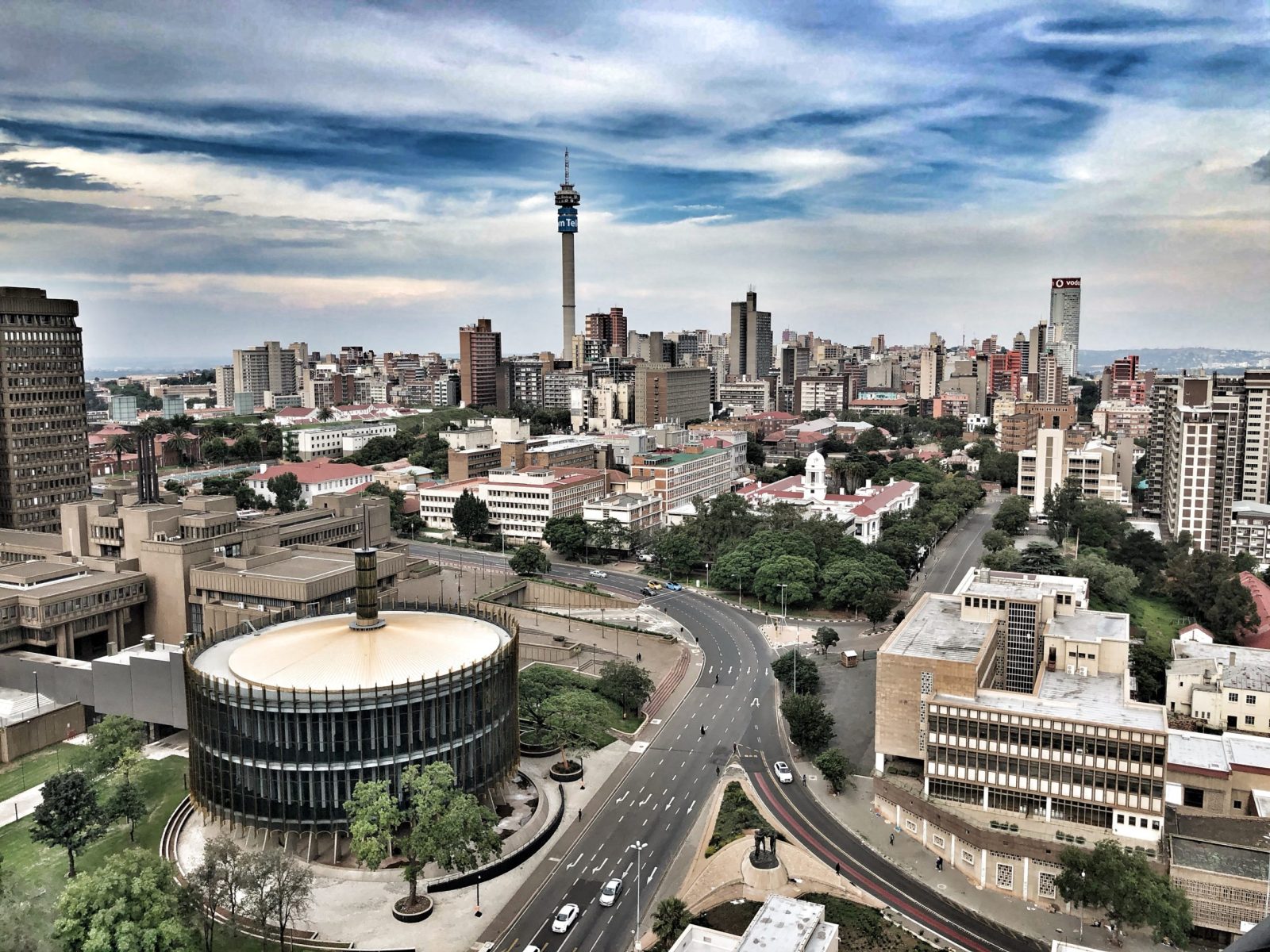 It’s easy to fall into the doom-and-gloom trap of how the current pandemic will forever change the face of cities, and how the very foundations of urban planning and architecture will have to adapt to a new human reality. But rather than adopting a reactive stance when it comes to envisaging how cities might change, looking beyond Covid-19, why not focus on how cities should structurally change?

Inequalities have become starkly apparent as a result of Covid-19, providing us with a new lens through which we view the world. Armed with this deeper realisation, we now have an opportunity – if we choose to take it – to focus on our humanity. Can we, collectively, seize a moment when commercial and residential property values and declining rental yields have been accelerated to help drive structural change?

We are being “gifted” the chance to change our cities into more human spaces and more equitable places. Can we use the assets we have in transforming society, through the collaborative provision of inner-city clinics, schools, libraries and other community centres, to foster hubs capable of spurring on the generation of inner-city housing?

As a society, we all have a significant responsibility to ensure that the provision of housing and community spaces is not, and should never be, a numbers game. Providing standard units in their thousands will never translate into the making of individual homes – after all, a cramped place to sleep, cook and shower, which is far from work and amenities, is not a quality home. And yet it is the latter for which our cities are crying out: Neighbourhoods in which individuals are nurtured in homes, not bleak repetitive housing without any form of social amenity.

Can we seize the moment?

Currently, the government has a massive opportunity to embed inclusion into its cities for the future. For years, the City of Johannesburg, and most of the other metropoles, have been taking over properties where landlords are in arrears or failing to maintain their properties. These buildings have then been released to the market for housing. As our economy comes under more pressure, more opportunities will doubtless emerge, giving government initiatives such as the Joburg Inner City Transformation Programme further fresh opportunities through which to fulfil its transformative mandate, and to build neighbourhood clusters and government precincts that favour a human-centric approach to living and working.

With property prices likely to dip as a result of economic carnage, together with the impact of a new work-from-home reality for knowledge-based workers, we can expect to see an accelerated decline in inner-city property values. By applying a longer-term vision, the government could seize the opportunity to set new facilitative policies that would encourage dramatic change. Key to the success of this approach would be greater collaboration with a property sector eager to realise the potential of its underperforming assets by providing inner-city communities with better urban environments.

The question is: Are we ready, as a nation, to use this crisis to open discussions about the current models in place to develop our cities? Are we prepared to dramatically change how we work, and to put human beings at the heart of what we do? Can we measure our success through a legacy of successful neighbourhoods and cities, rather than the sheer number of units provided?

A recent accelerated infrastructure spending experiment in the UK, dubbed “Project Speed”, might hold some valuable lessons for us here in South Africa. The concept, as the website Inside Housing explains, is simple: Allow developers to bypass normal planning applications when it comes to the provision of housing on vacant land and in empty or underutilised office and retail buildings, provided that the intention is to build new homes, or civic facilities. The announcement, made in July 2020, was effectively an extension of the 2013 permitted development rights move, which aimed to make it easier to convert commercial and office buildings into housing, without the need for planning permission.

The move showed a willingness on the part of government officials in the UK to seek new and innovative ways to deal with the housing shortage in the British capital and to fast-track the conversion of unused infrastructure into residential housing. The experiment worked to a certain extent, although some developers abused the situation by exploiting people with the provision of substandard living. This is something it would be critical to bear in mind should South Africa ever elect to put similar policies in place.

This is not such a dramatic leap. Just before Covid-19 struck, we saw examples of this type of thinking at play in several projects by Africrest and the conversation of the former ANC Shell House headquarters in Plein Street, Johannesburg into a 563-unit residential development with facilities such as homework rooms, play areas for children and an outdoor gym.

We need to incentivise more developments of this sort, aimed at a range of Living Standards Measure (LSM) brackets and offering not just a room in which to sleep, but a compelling urban experience. There is tremendous potential in unused or underutilised commercial property in our CBDs and major satellite areas, and the conversion of underutilised real estate represents a massive opportunity which, we believe, must be seized with both hands. If the government at all levels works together with the property industry, we could rapidly and successfully transform our cities.

It would not cost a fortune to undertake myriad transformative projects. However, particular care must be taken to ensure that each element works towards a central goal and vision.

A role for urban visionaries

Urbanists and, in particular, urban designers and architects can play a vital role in setting the vision for transformed environments and in the conversion of existing and unused spaces. Projects which are handled through idea-based competitions could inspire innovation in thinking and execution. This would be a welcome departure from the approach government has favoured in recent years, where the cheapest product and cookie-cutter approaches have been favoured in order to show numerical growth in housing, but without acknowledging the power architectural vision and good design have in the creation of functioning communities.

We must never lose sight of the fact that cities have their own pulse. They grow and shrink, and they constantly evolve. While these spaces are going through a sudden and traumatic moment, their repurposing – when it happens – will be quick. Without astute intervention now, the evolution of our cities will be driven by economic necessity and opportunism, and not the result of a deliberate transformative strategy that puts the human experience at its centre. Policies and strategies, including incentives which can bring the public and private sectors together in a shared vision, should be sought.

Incentivising developments, which cater for human considerations, such as the need for social sharing and places in which human beings can interact, leaves less room for developments driven by a purely financial motive. It’s this mindset shift that should be at the centre of our current thinking.

Fortunately, we have, to some degree, already been sensitised to this new way of thinking. The rapid digitisation of the economy had already begun a process which affected the fabric of our cities and Covid-19 has significantly accelerated this disruption to the standard property development model. With that uncertainty, however, comes the extraordinary opportunity to disrupt.

The social exclusion and dislocation caused by apartheid-era planning and, in more recent years, gated communities and mega shopping malls could be replaced by an inclusivity, ignited by reprioritising the pedestrian and reactivating our streets. For many of us, Covid-19 has highlighted the need for these shared, communal spaces. Maybe now is the time to focus on all that is positive in how we interact, and factor social sharing into our architectural and planning models.

In many respects, from economic constraints to social and human transformation, and the very real limits of the planet, we would do well – as architects and those with the ability to remould society and reflect its essence – to revisit the work of Fritz Schumacher, the German economist, conservationist and author of the 1970s treatise Small is Beautiful: A Study of Economics As If People Mattered.

As Schumacher himself wrote: “An entirely new system of thought is needed, a system based on attention to people, and not primarily attention to goods.”

How we deal with this moment and this opportunity will define our society for decades to come. We must tread carefully and mindfully. DM/ML

Patrick McInerney, Christoph Malan, Catharine Atkins and Malika Walele are co-directors of Co-Arc International Architects, one of South Africa’s leading architectural firms with a 50-year history of achievement. The company has won numerous awards and accolades, and is presently engaged in designing and overseeing the construction of The Leonardo tower in Sandton, which will soon be the tallest building in Africa.