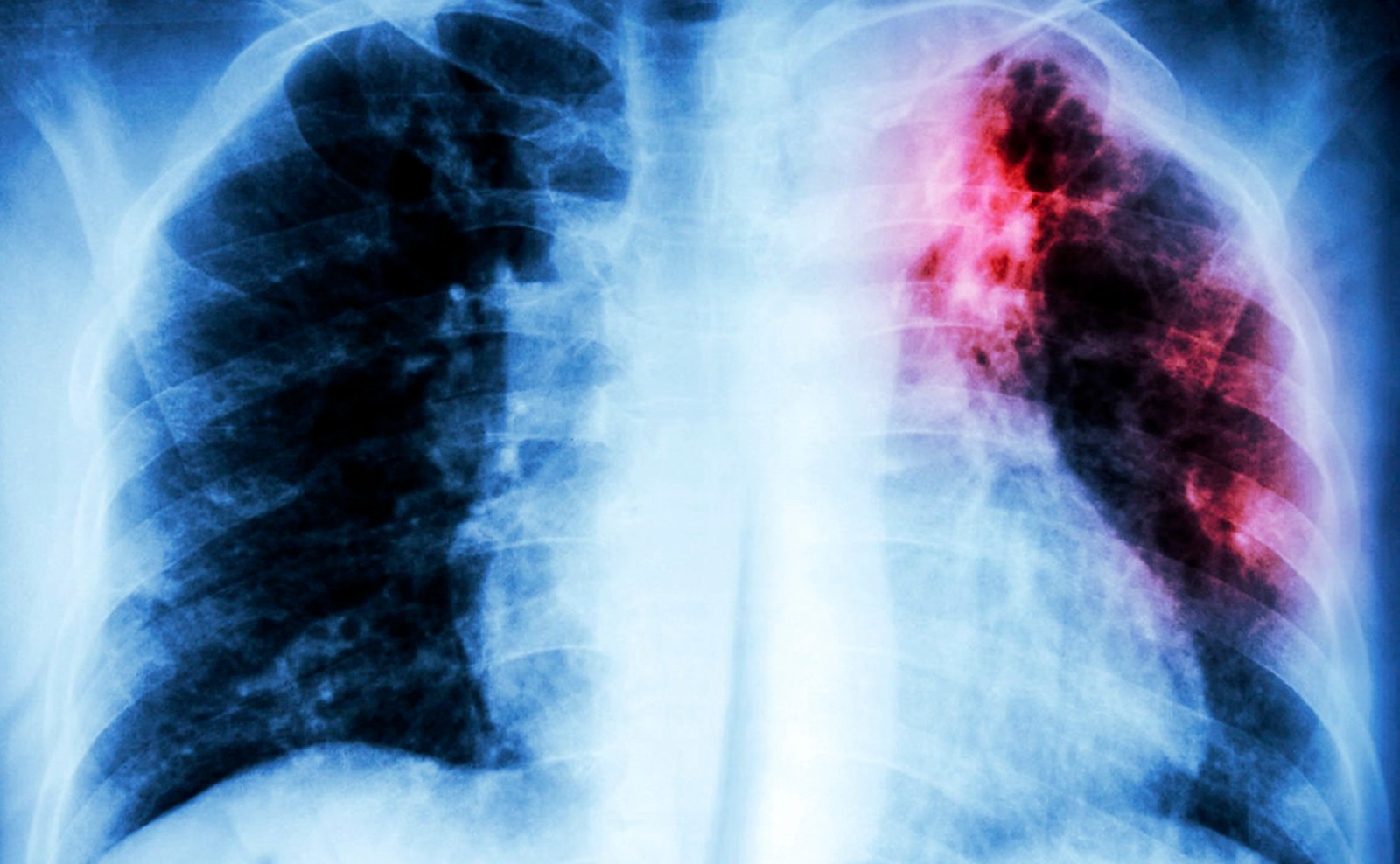 the national mobile X-ray project aims to find those people who do not present at health facilities and who may have TB but are asymptomatic. (Photo: the.scientist.com / Wikipedia)

A leading tuberculosis doctor is warning of a TB crisis in South Africa, saying the impact ‘could be even more devastating than Covid-19’. Spotlight explores the pandemic’s impact on the country’s TB response and takes a look at the way forward.

Since the beginning of South Africa’s Covid-19 lockdown, healthcare services unrelated to the virus have taken a hit. Surgeries have been postponed and there have been delays in the diagnosis and treatment of conditions such as tuberculosis (TB).

Modelling published by the Stop TB Partnership earlier this year suggests that an extended lockdown period may result in even more TB-related deaths. Similarly, modelling published in the Lancet Global Health medical journal suggests that lower- and middle-income countries could see a dramatic increase in HIV, TB and malaria-related deaths as a result of the lockdown’s impact on care and prevention services.

Three months ago, Spotlight reported on the effect of lockdown on TB services. Now, new information from the National Department of Health confirms a radical reduction in the number of people diagnosed with Drug-Resistant TB (DR-TB), something experts suggest is due to reduced testing rather than an actual decline in people getting sick with DR-TB.

She says the number of people presenting at clinics continues to be low, partly due to people being told to avoid healthcare facilities during the pandemic, but also as a result of clinic closures or under-staffing at facilities. Adding to this, she says TB testing is not routinely offered.

“It is no exaggeration to say there is a TB crisis in the country, and the impact of this crisis could be even more devastating than Covid-19,” says Furin.

Treatment Action Campaign (TAC) national chairperson, Sibongile Tshabalala, shares similar concerns. “What we have been experiencing lately is that since facilities keep on being closed because of staff members testing positive for Covid-19, patients are left stranded without medication, referral, support or any communication,” she says.

Tshabalala says many patients who cannot afford private healthcare feel they are being disrespected. They spend hours in facilities waiting to be seen. “They feel like they are begging for healthcare instead of being given what is their right,” she says.

Co-screenings for TB and Covid-19 a work in progress

In May this year, Dr Norbert Ndjeka, Director of HIV, TB and DR-TB at the health department, told Spotlight that a co-screening process for Covid-19 and TB was underway. Following up this week, he says the principle of integrating both screening processes has been accepted and that some provinces, like Gauteng, have already begun.

“I know that other provinces started before, without making noise… the rest of the provinces are still planning implementation. Hopefully next month we shall get a full report province by province. For now, our report is still incomplete regarding this matter,” he says.

Furin says that there is a form for combined screening, but it’s confusing and does not address the logistical bottlenecks at healthcare facilities.

“There is also some confusion with the form, which states that people should only be tested for TB if they have had a cough for two or more weeks. But really, anyone with a cough should be tested for TB, and South Africa has great capacity for doing TB testing,” she says.

“There needs to be more work done to get sputum samples from people, to offer TB testing, or at least sputum collection outside of clinic facilities.

“South Africans should know the symptoms of TB and Covid-19 are very similar and that if you are tested for one, you should be tested for the other,” says Furin.

Furin says when patients present at health facilities with a cough, staff  working in the triage areas often ask the TB nurses to assist with screening and testing, and this can lead to significant bottlenecks.

In May, Ndjeka told Spotlight that the department had noted a sharp drop in TB cases in April. New figures released last week indicate that case numbers have fallen even further since then. The number of new cases detected in June this year was only 284, compared to 753 in June last year (a decrease of over 60%).

Ndjeka said the department was engaging with provinces every second week, and that each province had developed catch-up plans for TB, DR-TB and HIV.

“We are hoping that our catch-up plans will help address challenges described in the Stop TB Partnership report. If we do nothing, we will reverse the gains made so far. That is why we are working very hard… to keep the gains made so far and improve from where we are.”

Not diagnosing people with TB or DR-TB early enough was widely recognised to be a problem even before the Covid-19 pandemic. The World Health Organisation (WHO) estimates that of the roughly 301,000 people who developed TB in South Africa in 2018, only around 228,000 were diagnosed. The figure of 301,000 is, however, highly uncertain and the actual number could be substantially higher or lower.

South Africa’s national TB Prevalence Survey, which is expected to give more insight into the real numbers, was set to be published earlier this year near World TB Day in March. However, in May, Ndjeka said that as a result of the pandemic, it was unclear when it would be released. Spotlight has since requested to see the survey’s findings under the Promotion of Access to Information Act.

How to improve case finding

To increase case finding, Furin urges that anyone with a cough or other TB symptoms needs to be tested for TB, and that this should happen both outside and inside of healthcare facilities.

“Some populations, especially household members of individuals who are newly diagnosed with TB, need special screening and ready access to preventive therapy for all forms of TB, including DR-TB. This is especially important given that household transmission of TB may have increased when people had to shelter in [one] place during the lockdown,” she says.

“The country needs to also rapidly implement other means of looking for TB, including chest X-ray screening and urine LAM testing [a urine test for an antigen-specific to people with active TB disease],” she says.

Tshabalala says screening for TB needs a fresh start, and that all stakeholders should re-do the groundwork to ensure screening and testing are boosted.

“The challenge now is that we are not sure how many people are dying of TB, because everybody is focusing on Covid-19.” Tshabalala says this is understandable given the situation, but that we should not ignore the challenges we have.

Since people will start returning to health facilities as lockdown eases, Tshabalala says the government has to come up with a plan to make sure that people make use of the services offered as they did before the pandemic.

Both Furin and Tshabalala raised concerns over TB patients who may have been lost to follow-up.

“This has meant people with TB diagnoses were not started on treatment,  there have been stock-outs of essential TB medications… patients go to clinics to be seen and find there are no staff there,” says Furin.

Adding to this, she says many people with TB have had to look for work to survive financially, and as a result could not continue with treatment or visit clinics.

“We also need to address the socio-economic needs of people living with TB, since the Covid-19 situation has put a lot of poor people into an even more precarious position. Many were cut off from SASSA grants or could not apply, and they are really on the edge.”

Covid-19 interventions could be used for TB, HIV

An article penned by Furin and colleagues, published in the Lancet Respiratory Medicine journal in August, notes that mechanisms put in place to address Covid-19 in South Africa could well be used for HIV and TB.

“For example, community networks developed for Covid-19 screening could be repurposed to support [TB] and HIV, to expand [TB] screening and HIV self-testing, identify individuals who need additional support (social grants), and link new cases or patients lost to follow-up to care. Stigma reduction campaigns for Covid-19 could also embrace positive messages about HIV and [TB],”  wrote the authors.

Dr Norbert Ndjeka says the department hopes to use the Covid-19 contact tracing capacity for TB contact tracing. However, he could not guarantee this would happen. “For now, we cannot say with certainty,” he says. “It is still speculation.” DM/MC

Note: The TAC is mentioned in this article. Spotlight is published by SECTION27 and the TAC, but is editorially independent, an independence that the editors guard jealously. Spotlight is a member of the South African Press Council.