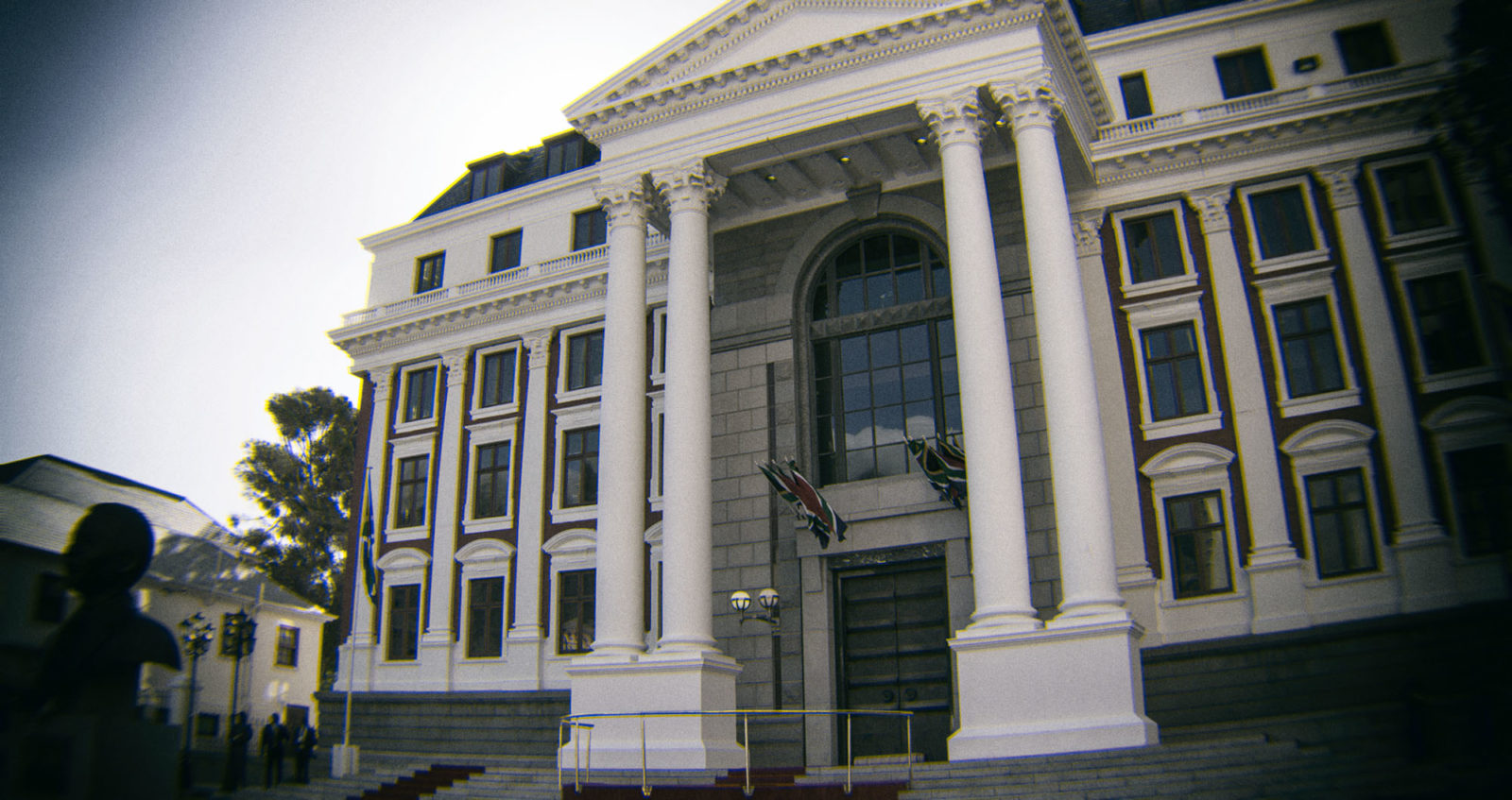 Parliament of the Republic of South Africa. (Photo: Leila Dougan)

In a hard-hitting statement, Cosatu called for a R1-trillion economic recovery stimulus, and definitive action on corruption by the government and the governing ANC against its reps. Meanwhile, in Parliament the most realistic it got on Wednesday was Deputy Finance Minister David Masondo on avoiding an ‘implementation credibility crisis’.

Just hours before Wednesday’s parliamentary question session for economic ministers, labour federation Cosatu called on the government to stop the corruption that is draining the public purse.

“Workers are fast losing confidence in the willingness and capacity of the ANC to honestly fight corruption. They are starting to view the organisation’s public statements as nothing but phoney outrage for political propaganda purposes…” said Cosatu in a statement on Wednesday following its Central Executive Committee (CEC) meeting.

“[I]f corruption continues, there will be no resources to implement any of those policies [National Health Insurance, Basic Income Grant].”

Cosatu said it’s time for President Cyril Ramaphosa to stop being “confrontation averse” and act. And for the ANC to reverse the “politically reckless decisions” to reinstate “people implicated in the VBS Looting Scandal and also promoting a former mayor facing corruption allegations to a higher position”.

This was a direct reference to the reinstatement of Limpopo ANC executives Florence Radzilani – also a former Vhembe mayor – and Danny Msiza, implicated in the VBS scandal, and former eThekwini mayor Zandile Gumede who is now an ANC KwaZulu-Natal MPL.

In an assertion of its political muscle, and an indication of gatvol levels, Cosatu said it would oppose any call to postpone the 2021 municipal poll.

“Postponing local government elections is tantamount to us being complicit to corruption. Voters have a right to express themselves and rate the performance of their councillors on the ballot.”

Like talk of acting against corruption, talk of economic reconstruction was prevalent. The Covid-19 hard lockdown further squeezed South Africa’s dire financial indicators – be that a 7.2% economic contraction or the R304-billion tax undercollection.

Cosatu has called for urgent action – from a R1-trillion stimulus, real infrastructure investment for job creation, a Buy Local campaign to stimulate local manufacturing, to government expediting paying the outstanding Unemployment Insurance Fund (UIF) money, and extending relief for the extended State of Disaster to 15 September.

But few indications have emerged of concrete action.

Daily Maverick has learnt that Cosatu met the Banking Association of South Africa, which resulted in, well, no ascertainable measures.

Again, concrete outcomes seemed illusive. Or as one insider put it: “Whilst there have been meetings about meetings, it’s still unclear if the exercise is to form a plan that has detail and means, or simply prioritise.”

Awareness that patience is running out, not only from labour but also business, has hit the government. Deputy Finance Minister David Masondo indicated as much in his replies during Parliament’s economic ministers’ Q&A.

But urging implementation is not the same as actually getting a weak public administration to deliver. This is illustrated by the UIF Ters that is meant to support workers who were retrenched, dismissed or furloughed during the Covid-19 lockdown.

With three million jobs lost between February and April, according to the National Income Dynamics Study Coronavirus Rapid Mobile Survey 2020, the UIF Ters is a central relief that has disbursed some R42-billion to more than seven million workers.

But those UIF Ters payments have been made against the odds.

And some of that emerged in Wednesday’s parliamentary labour and employment committee.

The UIF Ters payments were suspended – from Saturday until Tuesday, Daily Maverick has reliably understood – after it was found that money had been transferred to inmates in jail, among others. The auditor-general is checking various Covid-19 measures in the wake of tender corruption that benefited the politically connected.

Cosatu parliamentary coordinator Matthew Parks told Daily Maverick the labour federation is “pissed off” about the ongoing drama at UIF over the Ters.

Both labour and business had offered support, including bringing in private sector skills, to which even the National Treasury had agreed. But to no avail.

Now, another crisis is looming, Parks explained. Because the Covid-19 UIF call centre contract has ended, the 600-strong call centre is back to 24 staff, the original pre-lockdown strength at which some 85% of calls went unanswered.

Cosatu is long on record demanding massive public works programmes that would guarantee a minimum of work to boost employment levels, and income for struggling households. But those programmes must qualitatively move away from “the cheap labour system” of the EPWP and various other community public work programmes.

None of that emerged in the UIF briefing of its performance of quarters three and four of the previous 2019/10 financial year that ended on 31 March 2020 where performance regularly hit over 90% for targets.

Neither did any of this emerge in the economic Q&A in the House.

Labour and Employment Minister Thulas Nxesi, who was commended for the “innovative” relief from the ANC, did not provide the rands and cents when Freedom Front Plus MP Heloise Denner asked about the UIF Ters outstanding payments.

“We have conceded that there would still be people who have not been paid. I would not at this stage have this figure. Around 700,000 people have indicated they have not been paid,” Nxesi said, indicating lack of documentation to prove identity was one reason for non-payment, as well as “some employers, who have received the money, have not handed over the money [to workers]”.

Meanwhile, Parliament’s public works committee was told that the Covid-19 Expanded Public Works Programme (EPWP) still fell short by a fifth of its 25,000 jobs target at a daily pay of R101.

Only 19,794 such Covid-19 EPWP jobs had been filled to assist with public health education and awareness, including, as the presentation to MPs said, proper hand-washing techniques.

While Eastern Cape hasn’t hit even 50% of its jobs target, other provinces overshot their quotas. The Free State employed 2,575 instead of 1,950; the Northern Cape 1,275 instead of 800 and Mpumalanga 2,112 instead of its 1,650 EPWP jobs target, according to documentation, which did not give reasons for this.

Cosatu is long on record demanding massive public works programmes that would guarantee a minimum of work to boost employment levels, and income for struggling households. But those programmes must qualitatively move away from “the cheap labour system” of the EPWP and various other community public work programmes.

However, that may be a step too far right now for a weak public administration.

And without the governing ANC finding its political will and wherewithal, talk of South Africa’s economic reconstruction, despite broad agreement between government, business and labour, will remain just that – talk, amid the “implementation credibility crisis”. DM