What to do with field hospitals as Covid-19 numbers decline 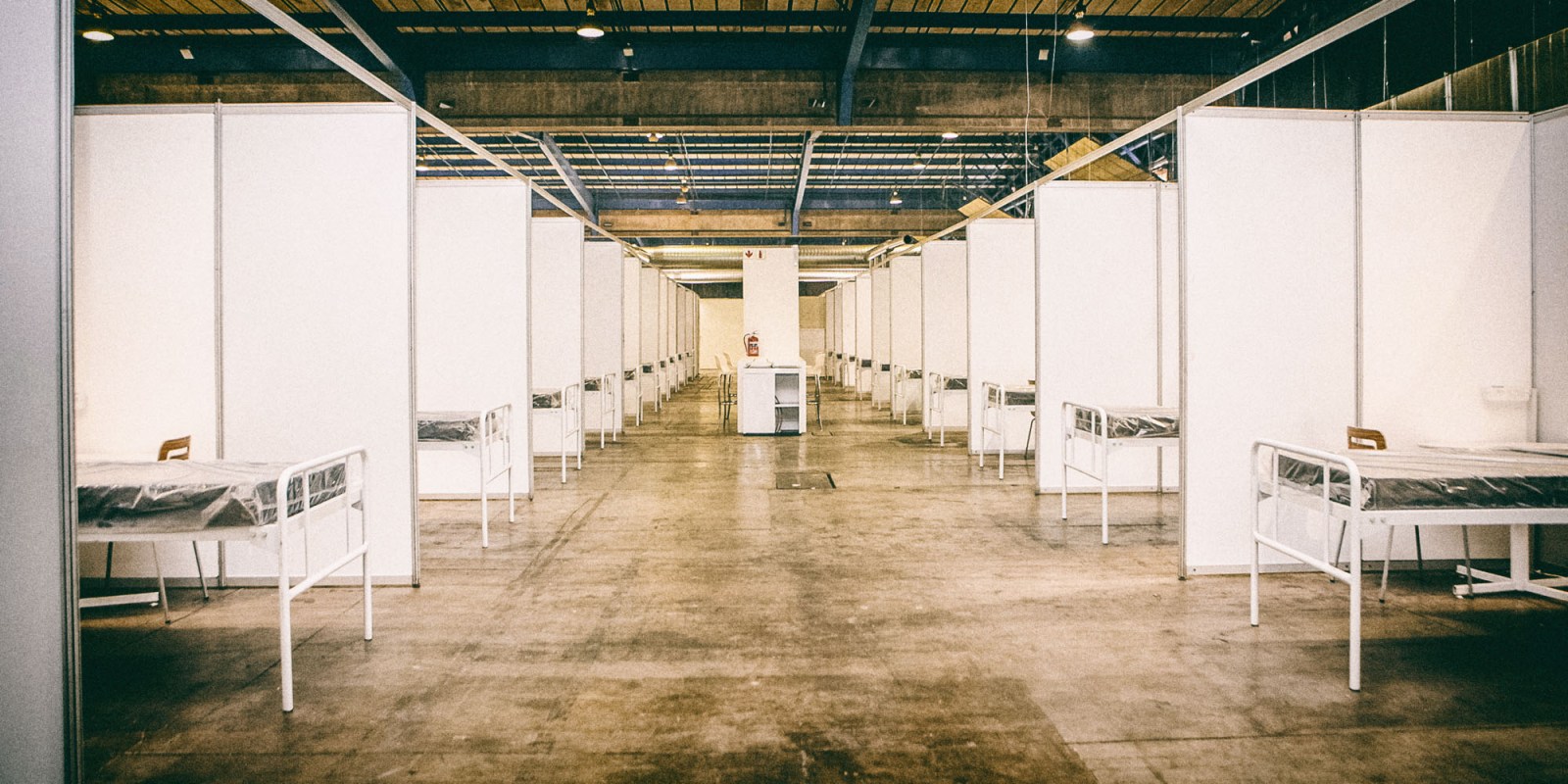 Provinces across South Africa established field hospitals to cope with the surge of Covid-19 patients but with an excess of beds, some provinces are now dismantling their facilities while others retain them, fearing a surge in infections.

Field hospitals are no longer necessary and South Africa has started to dismantle some of the facilities that were established as a contingency measure to assist established facilities during the coronavirus pandemic, Health Minister Zweli Mkhize announced on Monday.

A number of provinces, however, have decided to either maintain their field hospitals or continue plans to build new temporary facilities, fearing a second wave of Covid-19 infections.

“We have now started to dismantle some of the field hospitals as we have concluded field hospital beds are no longer necessary and now we shift our focus to facility refurbishment and oxygen reticulation,” said Mkhize.

He suggested that the agreements provinces are entering into with the private healthcare sector will help to fulfil any future shortfall in beds if there is a second wave of infections.

Speaking on the move to Level 2 of the lockdown, Cooperative Governance and Traditional Affairs Minister Nkosazana Dlamini Zuma, after a meeting with premiers, said there would be a temporary suspension on the building of new field hospitals as existing institutions had sufficient capacity, including space in intensive care units and ventilators.

She said funds would instead be directed towards maintaining and repairing existing facilities.

The Western Cape was the first province to start closing some of its field hospitals, decommissioning its facilities at the Cape Town International Convention Centre and in Khayelitsha. The province’s facility in Brackengate continues to operate.

“While the closure of two field hospitals is positive news for the province, we must all work hard to ensure that we continue to slow and contain the spread of the virus,” said Premier Alan Winde recently.

KwaZulu-Natal Health MEC Nomagugu Simelane-Zulu has said the province is looking to close some of its facilities as the infection rate has declined and the costs to run field hospitals are high.

Some provincial governments, however, have decided to either continue to keep their field hospitals or to continue plans to build new temporary facilities.

In a statement on Tuesday, the Gauteng government said it has “reconsidered” plans to develop new field hospitals but it’s not planning to close the 1,500-bed hospital established at Nasrec.

“The Nasrec facility will continue to operate in order to provide additional capacity to hospitals and bolster the provincial response to Covid-19 in the event of another surge,” said the provincial government.

Free State Department of Health spokesperson Mondli Mvambi said the province is continuing with plans to build a field hospital at the Bloemfontein Showgrounds.

“We can’t be caught napping should the second wave of Covid-19 be on our doorstep,” he said.

Mvambi said the Free State government was concerned about a rise in infections as the province is a main artery between various parts of the country. The provincial government expects to take its first Covid-19 patients at the Bloemfontein Showgrounds in the second week of September.

“In Cape Town, indications are that the field hospital there helped enormously around the time of the peak. In Gauteng, the benefit was a bit less, since at the peak we had under 100 patients at Nasrec, although this did allow us to continue to free up beds for the more severely ill patients at tertiary hospitals.”

The spokesperson for the Eastern Cape Department of Health did not respond to requests to comment on whether the province plans to continue to operate its field hospital in Port Elizabeth or whether it still plans to establish more facilities.

Professor Alex van den Heever, chair of social security systems administration and management studies at the Wits School of Governance, said field hospitals were established as a contingency measure to assist existing hospitals based on global infection and hospitalisation rates. He said the downturn in infection rates came as a surprise.

Van den Heever said while South Africa could experience a resurgence in infections, it was unlikely that the country would see another peak. Unlike some countries that are trying to eliminate the existence of the virus, he said, South Africa was trying to contain infections.

He said while downscaling costs spent on field hospitals, the country should now allocate funds towards prevention strategies.

Jeremy Nel, head of the Division of Infectious Diseases at Helen Joseph Hospital, said the effectiveness of field hospitals could only be judged on a province-by-province basis.

“In Cape Town, indications are that the field hospital there helped enormously around the time of the peak. In Gauteng, the benefit was a bit less, since at the peak we had under 100 patients at Nasrec, although this did allow us to continue to free up beds for the more severely ill patients at tertiary hospitals.”

Asked whether it was a risk to start closing field hospitals, Nel said, “It’s really a question of weighing up the costs relative to the likely benefits. A second wave is unlikely to be as severe as the first wave in South Africa, so in many cases the costs of keeping field hospitals open (which can be considerable) may not make financial sense.”

“Any ability to expand ICU capabilities in a durable way will offer benefits for severely ill Covid-19 patients now, but in a way that will continue to provide benefits after the epidemic has subsided,” he said.

“Overall though, it may be time to shift financial priorities back to the leading causes of death in South Africa, many of which have been neglected during the Covid-19 epidemic, namely HIV, TB, and diabetes.” DM