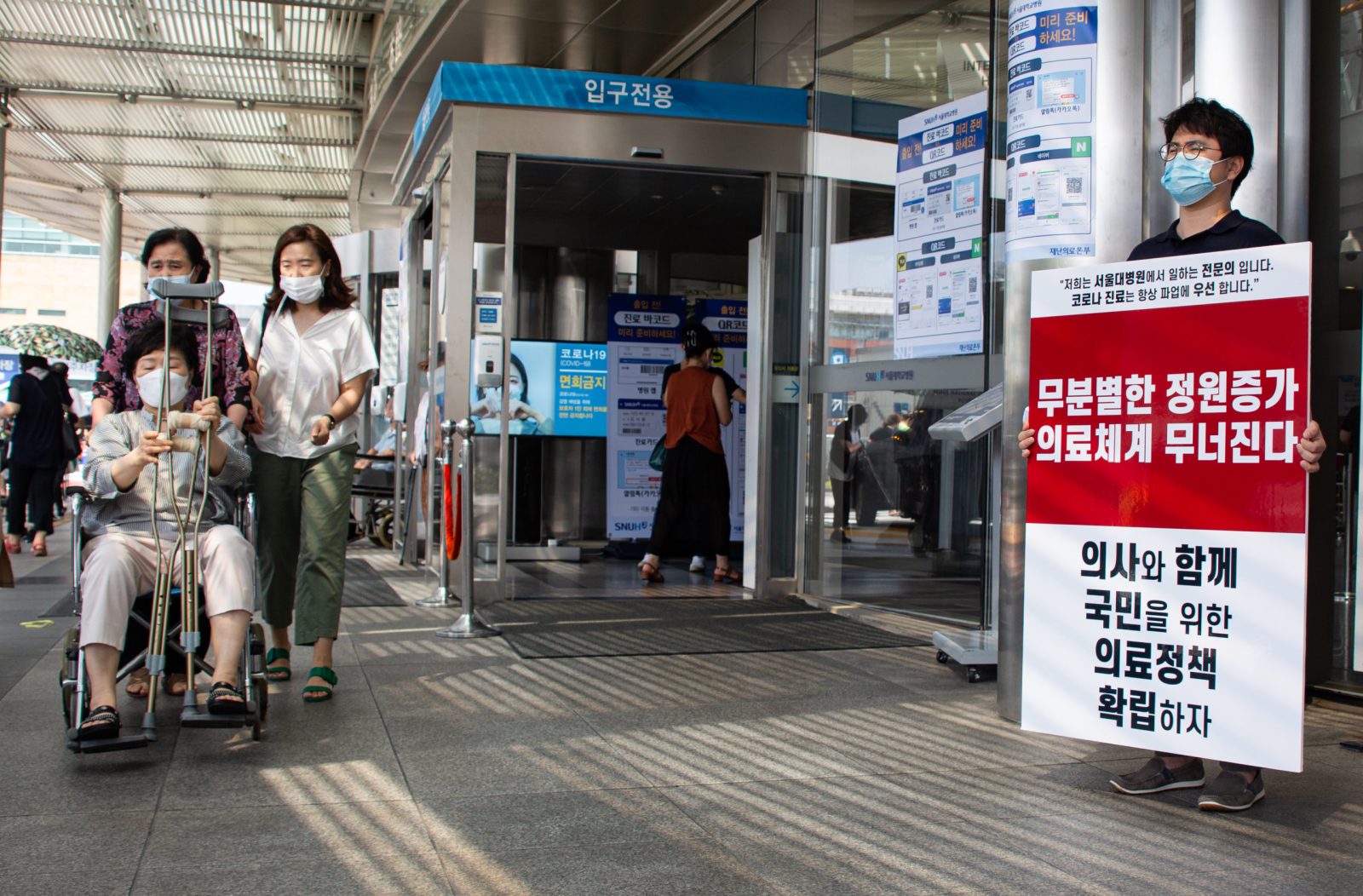 epa08626076 A doctor protester (R) holds sign during a protest against the government's medical policy, in front of Seoul National University Hospital in Seoul, South Korea, 26 August 2020. Tens of thousands of doctors went on a three-day strike nationwide from 26 until 28 August to protest the government's motion to scrap its plan to extend the number of students at medical schools. EPA-EFE/JEON HEON-KYUN

SEOUL, Aug 26 (Reuters) - South Korea ordered doctors in the Seoul area to return to work on Wednesday as they began a three-day strike in protest of several government proposals, including one to boost the number of doctors to deal with health crises like the coronavirus.

Trainee doctors have been staging ongoing walkouts, and thousands of additional doctors were due to stage a three-day strike starting on Wednesday.

The strikes come as South Korea battles one of its worst outbreaks of the coronavirus, with 320 new cases reported in the 24 hours to midnight Tuesday, the latest in more than a week and a half of triple-digit increases.

Earlier in the week, the doctors reached an agreement with the government to continue to handle coronavirus patients, but failed to find a compromise on the broader issues.

“The government now has no choice but to take necessary legal actions such as an order to open business to not put the citizens’ lives and safety in danger,” Health Minister Park Neung-hoo said in a briefing. “We urge all trainee and fellow doctors to immediately return to work.”

In a statement, KMA said the medical community was always open to all possibilities in talks with the government, and that the doctors did not want to have to strike.

“We sincerely do want to return,” the statement said. “We ask you citizens to listen to our voice so that we can meet our patients as soon as possible.”

The government said its goal to increase the number of medical students by 4,000 over the next 10 years is necessary to better prepare for public health crises like the coronavirus pandemic.

Student doctors, however, said the plan would unnecessarily flood an already competitive market, and that the extra funding would be better spent improving the salaries of existing trainees, which would encourage them to move out of Seoul to rural areas where more health professionals are needed. (Reporting by Sangmi Cha and Josh Smith; Editing by Lincoln Feast.)