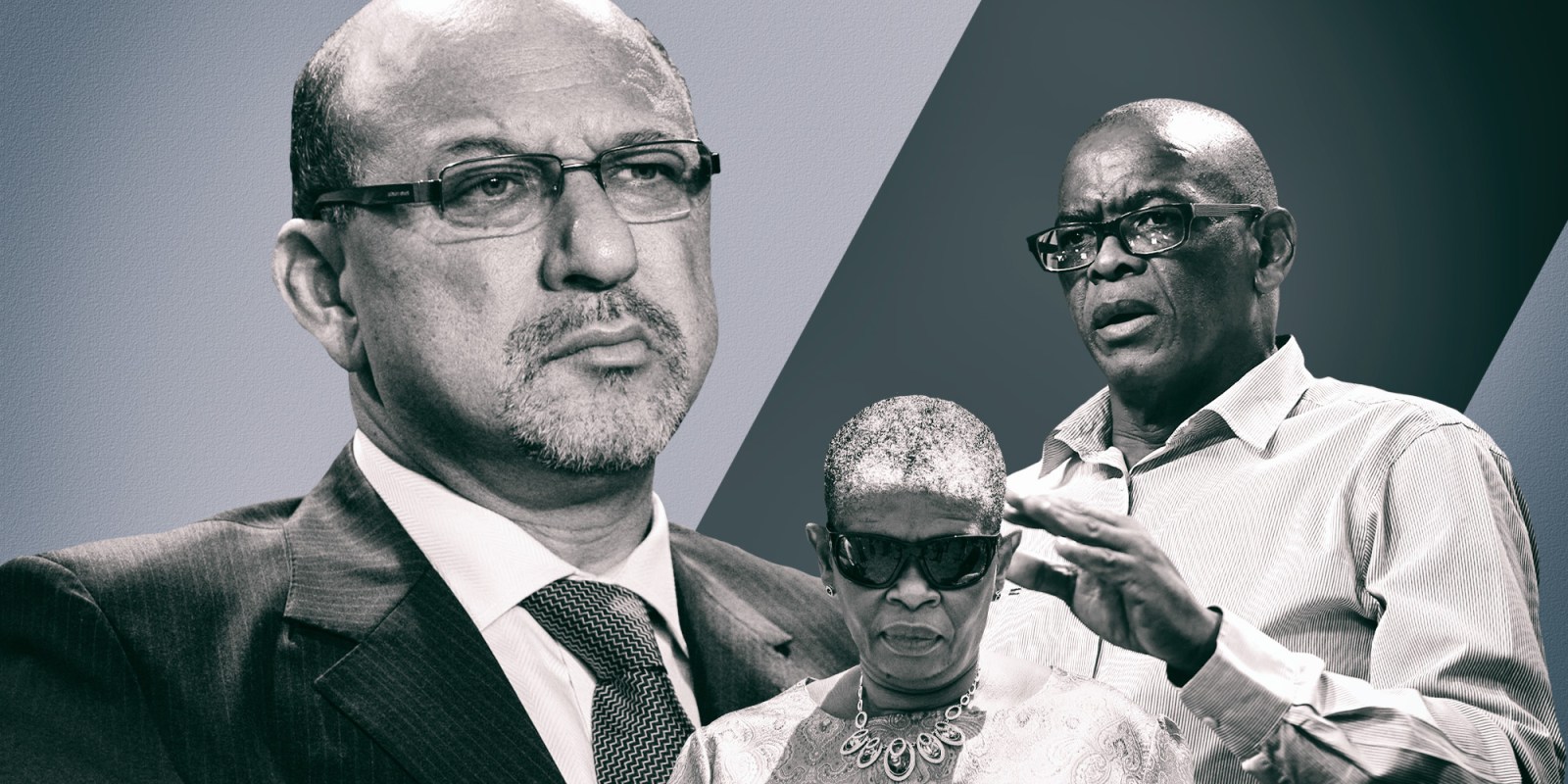 The former finance minister was getting to the heart of the problems in the ANC: While the party’s leader and some of its groupings may speak out against corruption, there are still no consequences.

More voices have been raised in support of President Cyril Ramaphosa’s unprecedented letter to ANC members about corruption. On Monday, the SACP added its voice to his call to deal with corruption by party members, and on Tuesday former finance minister Trevor Manuel said he completely disagreed with the claim by ANC Secretary-General Ace Magashule that all party members had family doing business with the government. And yet, it is still uncertain how much real support Ramaphosa has inside the all-important ANC National Executive Council (NEC).

Manuel also hit out at corruption within the party, and in particular the decision by the ANC in KwaZulu-Natal to nominate former eThekwini mayor Zandile Gumede, who is facing multiple charges of corruption, to the provincial legislature. The context for his comments is important.

Last week Manuel took part in a webinar which led to a media report that he had spoken about “almost three lost decades”. That, in turn, led the ANC to release a statement on Monday morning in which the party castigated Manuel. It said he had been wrong to make the comments, that they could not be true, and that he was giving in to the “onslaught” against the party.

On Tuesday morning Manuel spoke to SAfm, to respond to the accusations in the ANC’s statement.

He said he had been misquoted, and that the point he was making was around the “lost decade”, a term used for former president Jacob Zuma’s time in office.

Then Manuel was asked about the current claims involving corruption in the ANC. The result was fireworks:

Not only is it politically embarrassing to have to essentially retract a statement, it is also just bad manners not to consult with a senior member of your own party before issuing it in the first place.

“We need consequences and decisive actions. Those who are brought to trial for corruption-related matters need to be excluded from political responsibility. You can’t have sitting members of Parliament chairing committees and yet they are charged with corruption. You can’t have an individual charged with a major instance of corruption in the city where she was mayor and then place her as part of your provincial legislature. Where people have been fingered in the Motau Report, exclude them from political responsibilities. We can’t tolerate a situation where a councillor who was convicted – lost an appeal – of violence in the council chamber and keep him in the mayoral committee.”

While he did not mention names, it is clear that he was referring to Bongani Bongo, Zandile Gumede, Danny Msiza and Florence Radzilani (who are implicated in the Motau Report) and Andile Lungisa.

Manuel was getting to the heart of the problems in the ANC, certainly as they have been since just after the Nasrec conference. While the party’s leader and some of its groupings may speak out against corruption, there are still no consequences.

This, of course, is because power in the ANC lies with the NEC. If it fails to decide that someone must step down, that person is unlikely to remove themselves of their own accord.

And, even when the NEC has resolved that someone should step down, that resolution is sometimes ignored. Lungisa was able to successfully ignore an NEC instruction to step down from the Mayoral Committee of Nelson Mandela Bay for over 18 months.

This is a reflection of the weakness of the ANC as a central political authority.

Further confirmation of this came on Monday. The ANC issued another statement, now saying that it “accepted” Manuel’s explanation for what he had said. It also confirmed that the ANC had not actually spoken to Manuel before releasing the original statement castigating him.

This gives a clear understanding, or perhaps strengthens it, that the ANC is no longer a cohesive unit but a collection of warring factions.

Once again, a corruption-accused cadre, this time Zandile Gumede, presents a litmus test for the ANC and its often failed commitment to fighting corruption. But this time, if the NEC does decide to remove her, it may well also have to remove many others, including Bongo and Zwane. (Lungisa has now stepped down from the Mayoral Committee in Nelson Mandela Bay).

Not only is it politically embarrassing to have to essentially retract a statement, it is also just bad manners not to consult with a senior member of your own party before issuing it in the first place.

And it is clear that Manuel is not alone in his anger.

The SACP has said that it cannot accept Gumede’s appointment to the KZN legislature. Cosatu said several weeks ago that it was holding Ramaphosa responsible for the corruption in the ANC, and if there was no change, its support should not be taken for granted.

All of these denunciations, albeit independent of each other, are part of a much bigger dynamic currently building up against the ANC, in unprecedented fashion.

Still, all the anger that’s bubbling up does not mean much will necessarily change. As Manuel put it himself, “You know, for the president to say the ANC is not alone in the dock but is Accused Number One in the corruption stakes is a massive statement… good must triumph over bad. There is no other choice, there is no other political choice.”

This, again, gets to the heart of the problem, that there is power in control of the political structure (in this case the NEC of the ANC) and no political force threatening it from outside.

This weekend Herman Mashaba will formally launch his new party, but he has major obstacles in his path.

The DA is about to have a leadership election and a policy conference. It is likely that the interim leader, John Steenhuisen, will become the new leader. Still, he looks unsure enough of his personal skills not to accept a straightforward challenge to debate his opponent, Mbali Ntuli, possibly because he knows that the issue at the heart of the party’s problems – race – is likely to dominate such a debate.

And based on last year’s elections, the Economic Freedom Fighters are still not a challenger for provincial power, never mind state power.

The ANC NEC is due to meet this weekend. Some reports suggest that a National Working Committee meeting this last Monday set an agenda for the NEC meeting that could include a proper discussion about the issues raised by Ramaphosa.

Once again, a corruption-accused cadre, this time Zandile Gumede, presents a litmus test for the ANC and its often failed commitment to fighting corruption. But this time, if the NEC does decide to remove her, it may well also have to remove many others, including Bongo and Zwane. (Lungisa has now stepped down from the Mayoral Committee in Nelson Mandela Bay).

And it would surely mean reversing the decision about the reinstatement of Florence Radzilani and Danny Msiza, both of whom are implicated in the VBS looting scandal. Such a move would represent a significant shift, and a proof that the public outrage is finally having an impact on an organisation that made the term “circling the wagons” sound properly sinister.

Sadly, if history over the last 20 or so years is of any value in predicting the NEC’s position, perhaps the best advice from this vantage point is not to hold your breath. It is awfully difficult to expel yourself or your good friends and family. DM