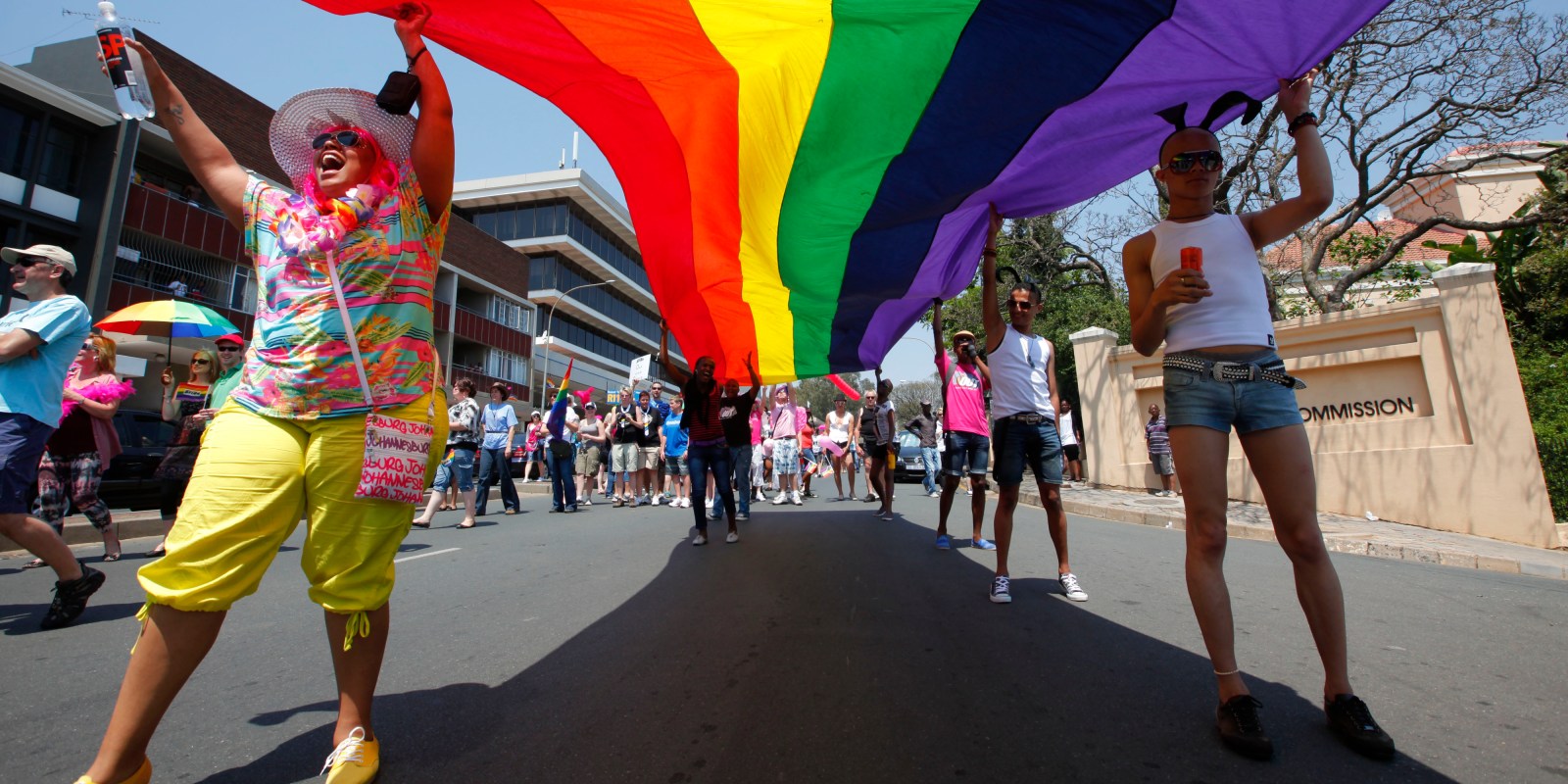 A file picture dated 06 October 2012 shows some of the thousands of gay and lesbian participants march through the streets during the annual Gay Pride March, in Johannesburg, South Africa. EPA/KIM LUDBROOK

This is a summary of the trending, highest impact, and most active themes and their narratives related to social cohesion and division in South African public-domain social media conversations on 24 August 2020.

The debate around sexual identity, which began on Twitter last weekend, has grown in volume and depth, with a wide divergence of views trending as the top topic on Tuesday.

Social media celebrity @lasizwe set the scene by tweeting: “I believe we need to start educating kids from the ages of 7 about homosexuality and make them understand about same sex love.” This led to over 2,900 comments and close to 10,000 likes. 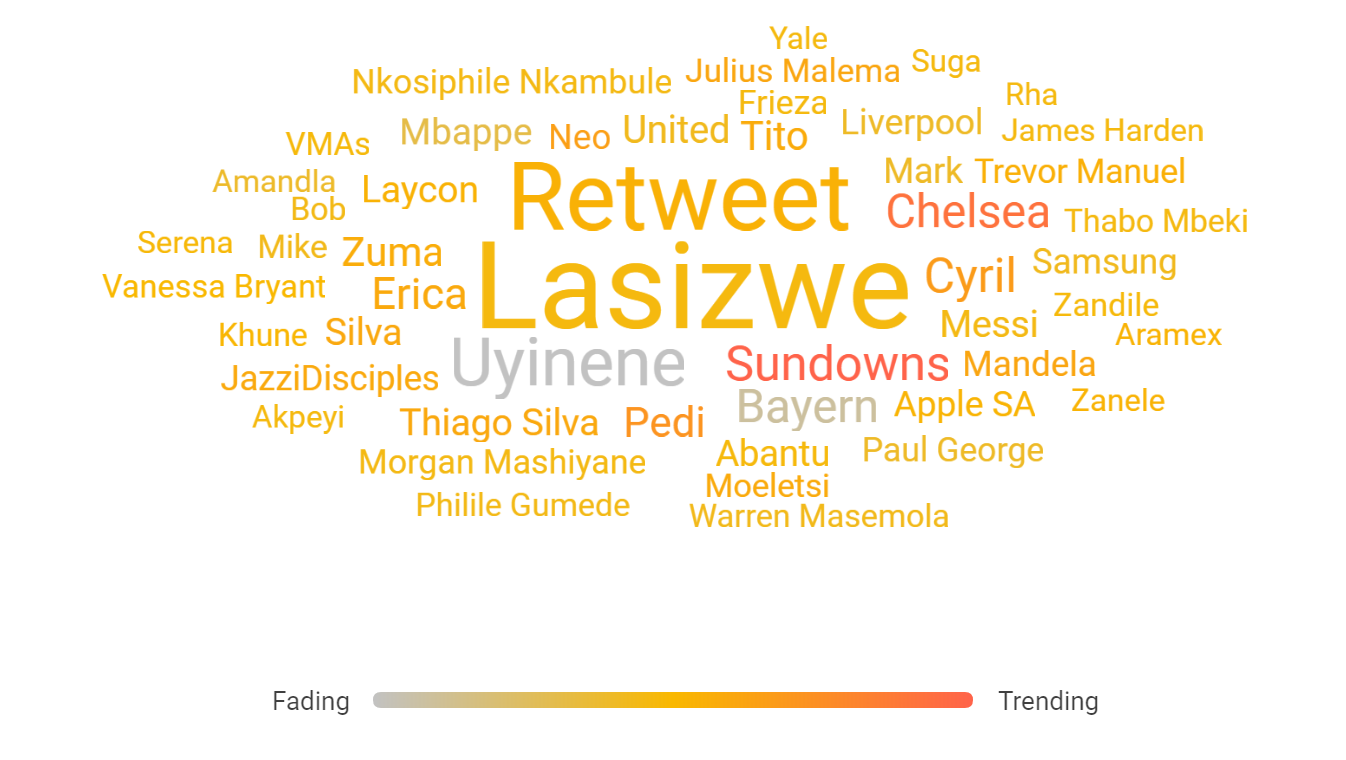 Some people commented that educating children about same sex relationships would make more children homosexual. @thinamelane responded to Lasizwe’s post by saying: “Teaching them will be endorsing it mos. kids should be taught normal norms.” @leeyanda_s commented: “No that’s not a good idea I’m a lesbian but to educate her with  homosexuality it’s like you teaching her to be gay or lesbian.” Responding to @leeyanda_s, @Welkum_M tweeted: “Sexuality is not thought Wena, people are born Gay or Lesbian. More reason to have education about gender and sexuality.”

These conversations sparked the big debate on sexuality. @TshifhiwaMaduka posted: “So Lasizwe wrote what he think’ should happen, And when we voice out what we think about what he thinks we are labelled homophobics? Gay people can’t be disagreed with khanthe?” The post was retweeted over 300 times and it received more than 1,600 likes.

Later, @TeflonDonRossay tweeted: “Disagreeing with Lasizwe doesn’t mean we hate gay people we’re not homophobic we don’t like his suggestion.” He believed that creating awareness about different types of sexual relationships could “teach or influence others to be gay”. The post received more than 200 retweets and over 1,200 likes. 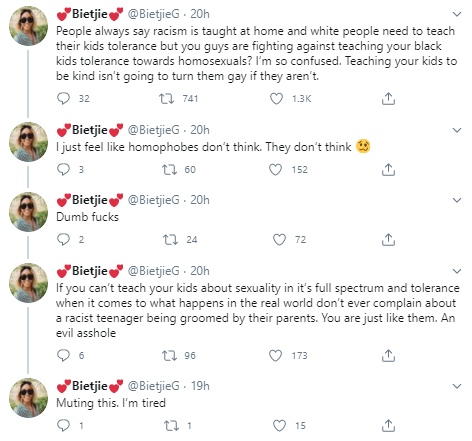 Another conversation grew from these posts around “heterophobia”. @sipho_siphobots commented that Lasizwe was heterophobic, because he wanted validation for his lifestyle. @sandilemoepeng quickly pointed out: “Heterophobia is not a thing.”

@sandilemoepeng fired back: “Where are heterosexuals being discriminated? Which system oppresses them? In which country in the world is it illegal to be heterosexual? What slurs are being thrown at heterosexuals? Please explain the history of heterophobia.”

@wandileSithole6 pointed out:  “At the age of 7 we all knew what husband and wife meant and what boyfriend and girlfriend meant… We understood heterosexuality… That’s all Lasizwe is saying… At 7 children should understand that same sex relationships exist.” The post was retweeted close to 2,000 times and it received around 5,000 likes.

@MoonChildJay commented: “The problem is homophobes equate sexuality with sex.”

@BietjieG used racism as a reference for people who discriminated against others on the grounds of sexual identity, tweeting: “People always say racism is taught at home and white people need to teach their kids tolerance but you guys are fighting against teaching your black kids tolerance towards homosexuals? I’m so confused.” The post was retweeted more than 700 times and received more than 1,300 likes.

On Tuesday  many women paid tribute to UCT student Uyinene Mrwetyana, fondly remembered as Nene, who became the face of the fight against GBV after being raped and murdered last year. @zeexonline posted: “I’ve never mourned for a person I never knew like I did for Uyinene. Last year this time was just so heavy. I truly hope she’s resting easy.” The tweet resonated deeply with social media users, garnering nearly 8,000 likes, retweets and comments in 22 hours.

Another user discussed the causes of GBV, posting: “You will NEVER figure out how to tackle gender-based violence until you acknowledge the very corrosive ways which you introduce children to sex and sexuality. You will keep saying that you want things to change, but will not change yourselves and more people will die needlessly.”

Conversation around Zimbabwe peaked on Twitter as freelance journalist Hopewell Chin’ono arrived at Harare Magistrate’s Court for another bail hearing, with activists calling for support for the #ZimbabweanLivesMatter movement. 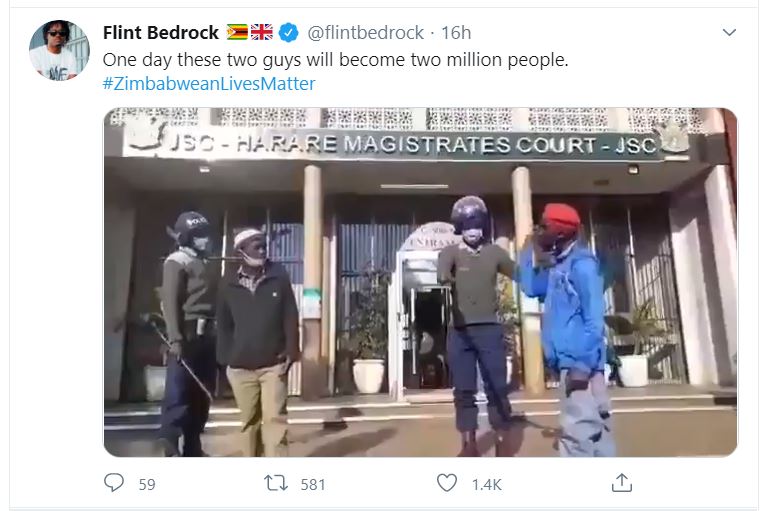 Twitter user @freemanchari posted: “May you please retweet this until the world knows them by name:

The tweet garnered over nearly 5,000 likes, retweets and comments and sparked further conversation.

Another user posted: “Zimbabweans must know that @edmnangagwa & his sons vane misoro inenge yezvidhori zve “slag” want Hopewell Chin’ono, Godfrey Kurauone, Jacob Ngarivhume & Job Sikhala to die in prison. They have already signed their deaths penalties. If we don’t revolt, they will die in prison.”

A viral video of two men protesting outside the Harare Magistrate’s Court was posted by Zimbabwean singer Flint Bedrock stating: “One day these two guys will become two million people. #ZimbabweanLivesMatter.” The video has been viewed over 17,000 times and the post garnered over 2,000 likes, retweets and comments. 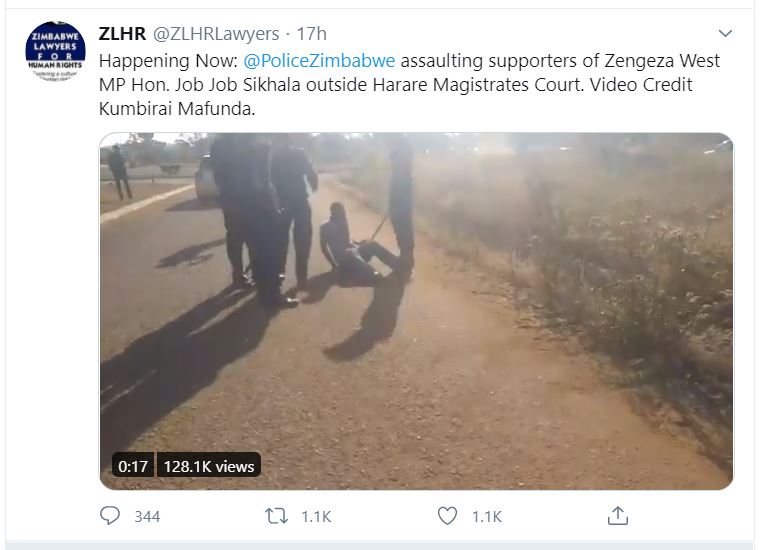 The homespun dance song that has taken the world by storm continues to bring joy and inspiration.

@SithiniMatiwane posted a video of park rangers in masks dancing to Jerusalema: “Happy Monday and Productive week Ladies and Gents!”. The video was very well received: it has been viewed over 104,000 times and garnered over 3,800 likes, retweets and comments.

Spirits were high, with @Tumi213 sharing: “I really enjoy the supportive side of this app. Seeing people starting new things and getting the RT’s, subscriptions, sales etc from complete strangers is really amazing to see.” DM