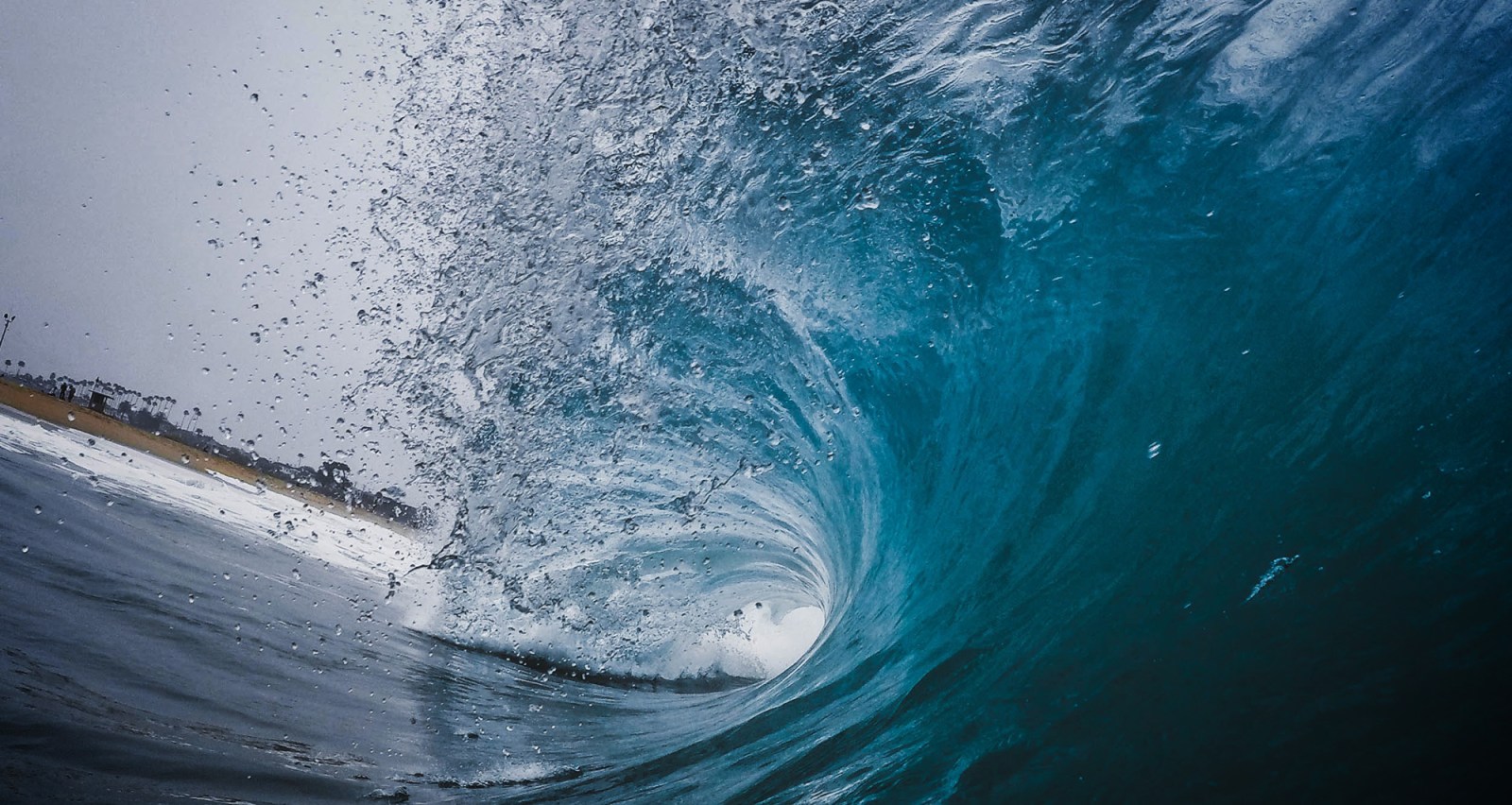 The worst may be behind us, but don’t go surfing the second wave, warns Health Minister Zweli Mkhize.

South Africa’s chief Covid-19 scientist, Professor Salim Abdool Karim has confirmed that Covid-19 reinfections can occur within months. “There is now clear evidence of two separate viral infections [in a single person],” he said as the news emerged from Hong Kong on 25 August. In July 2020, news reports suggested a case of reinfection in South Africa, but this was not confirmed by research.

After travelling to Spain, the Hong Kong resident contracted a second viral strain 4.5 months after first being diagnosed with Covid-19. “Antibody responses can decline and reinfections can occur,” said Abdool Karim in a briefing with doctors on Monday night.

He said scientists had not confirmed this before because PCR tests may have been positive (in post-infection patients), but the virus remained dead.  The Hong Kong case changed the game as it showed the possibility of contracting different strains of the virus.

No reinfections have yet been reported in South Africa and Abdool Karim said that multiple data sets showed that the Covid-19 pandemic’s curve is flattening. 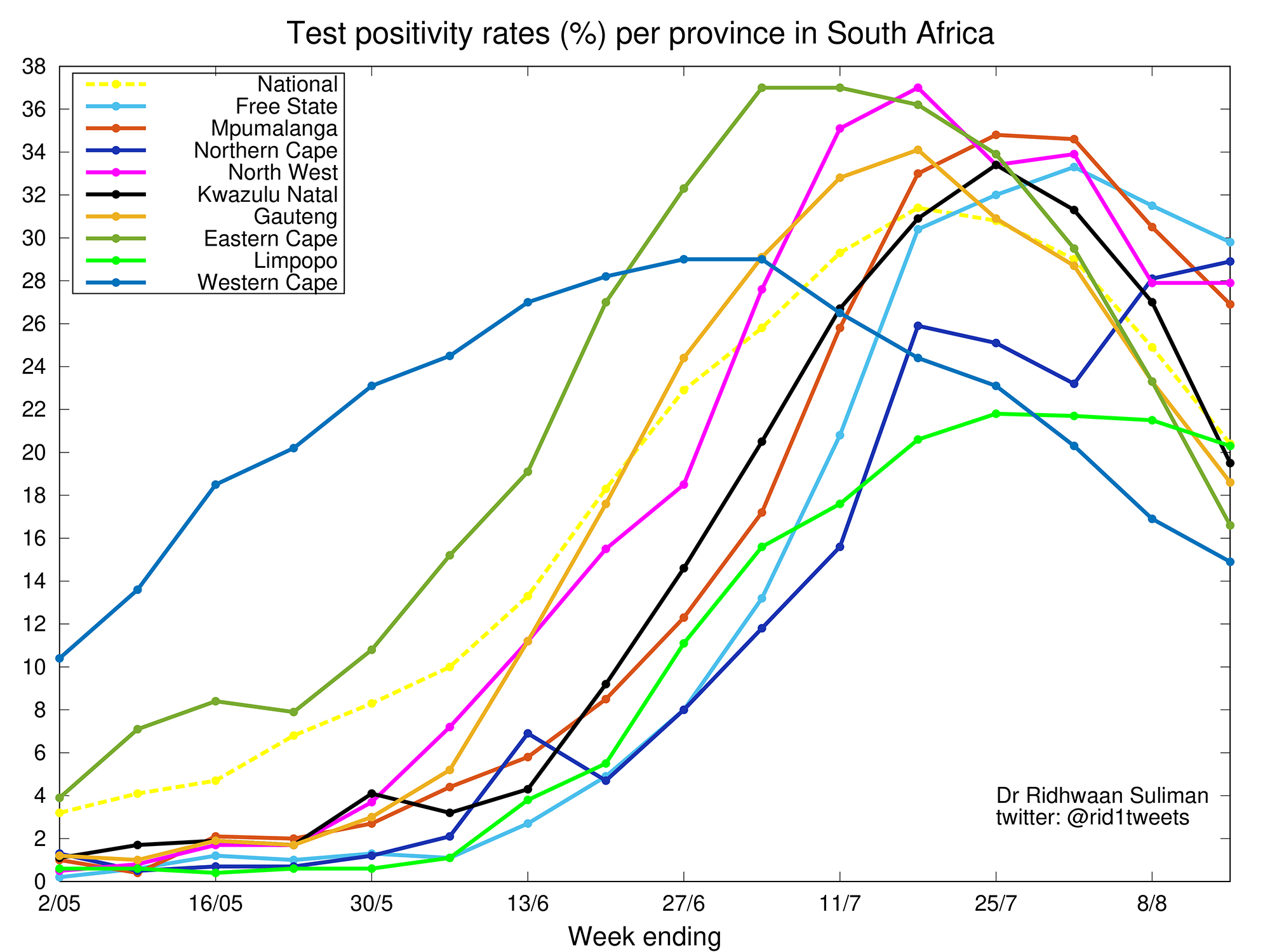 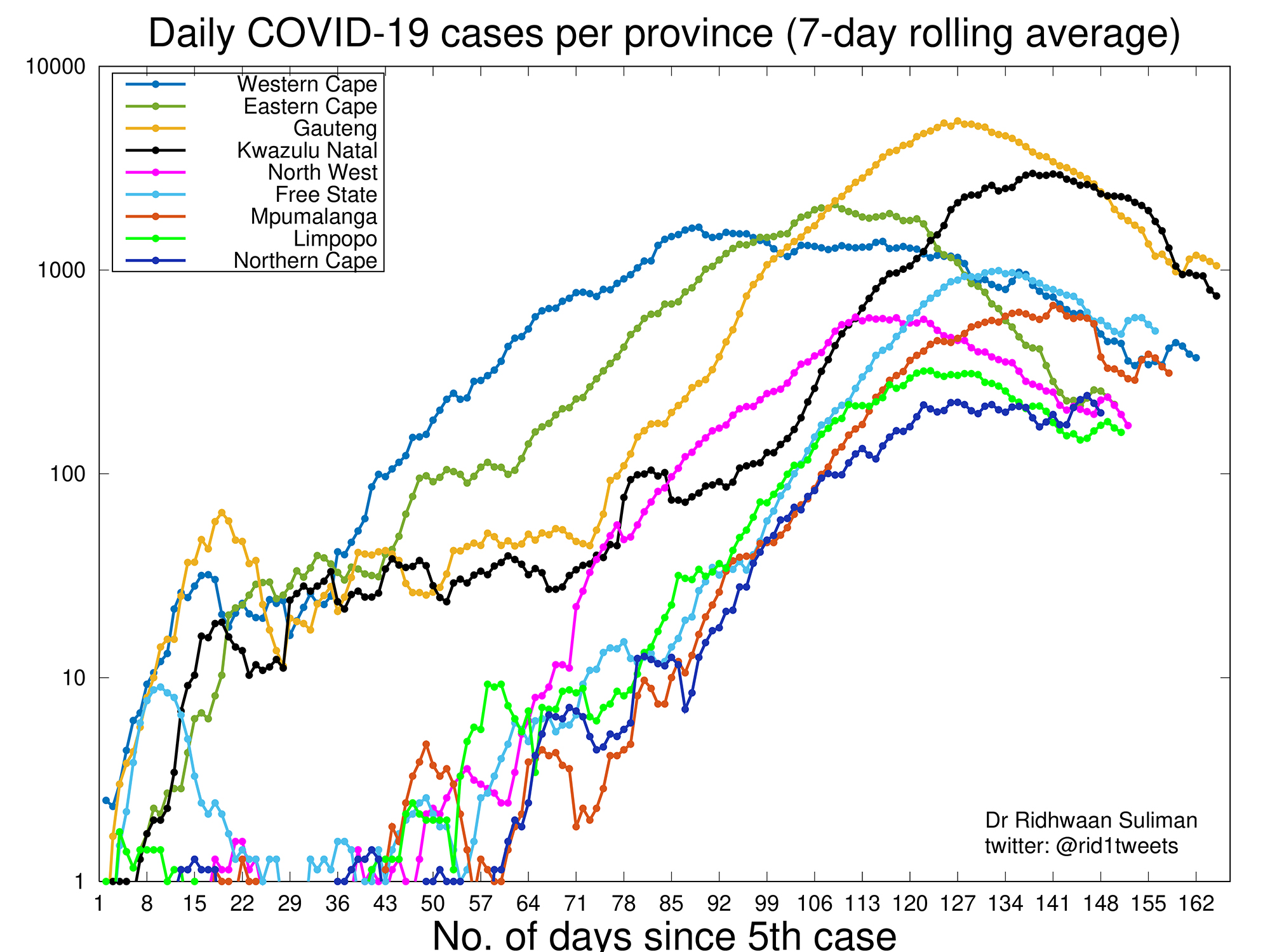 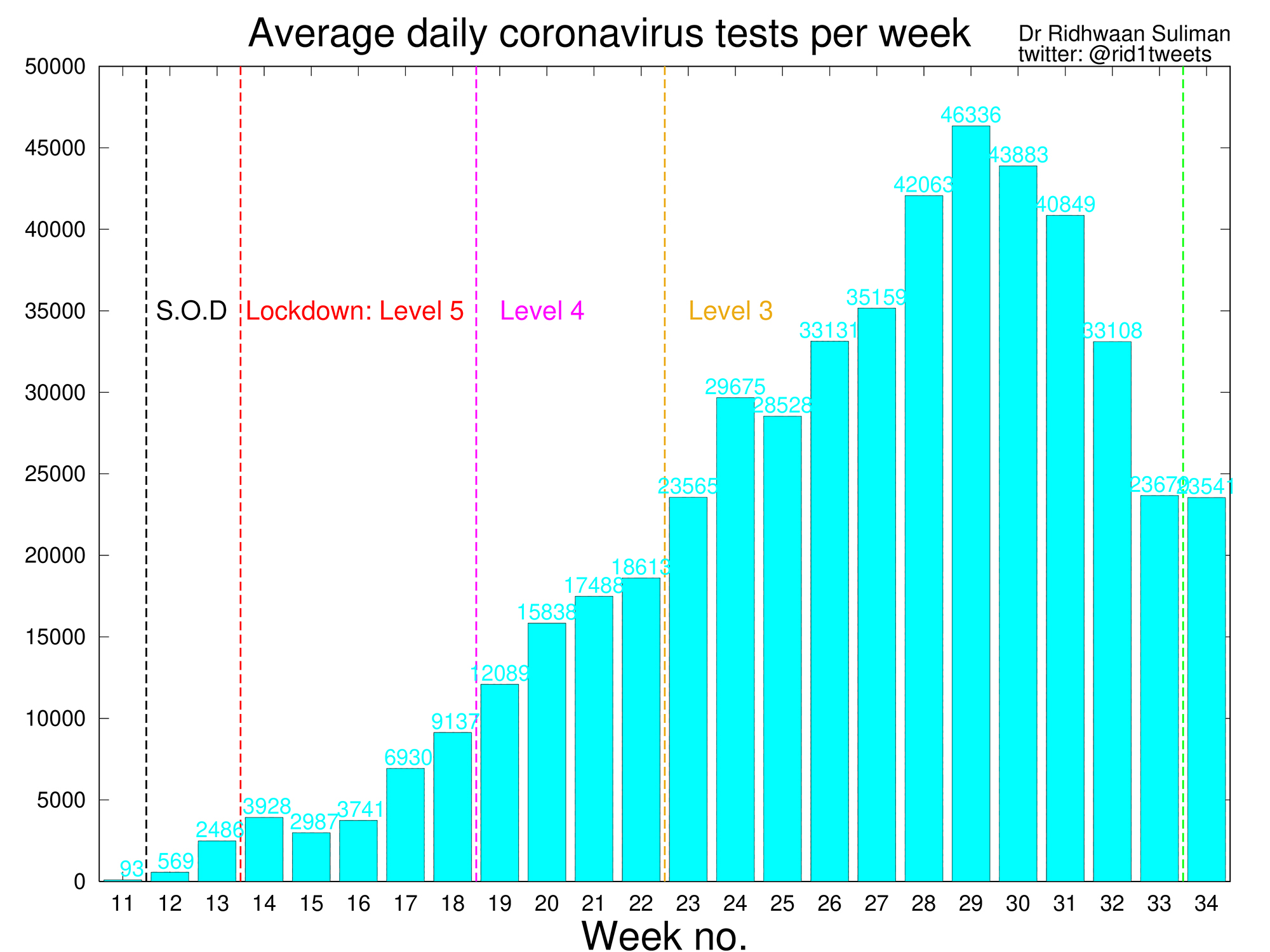 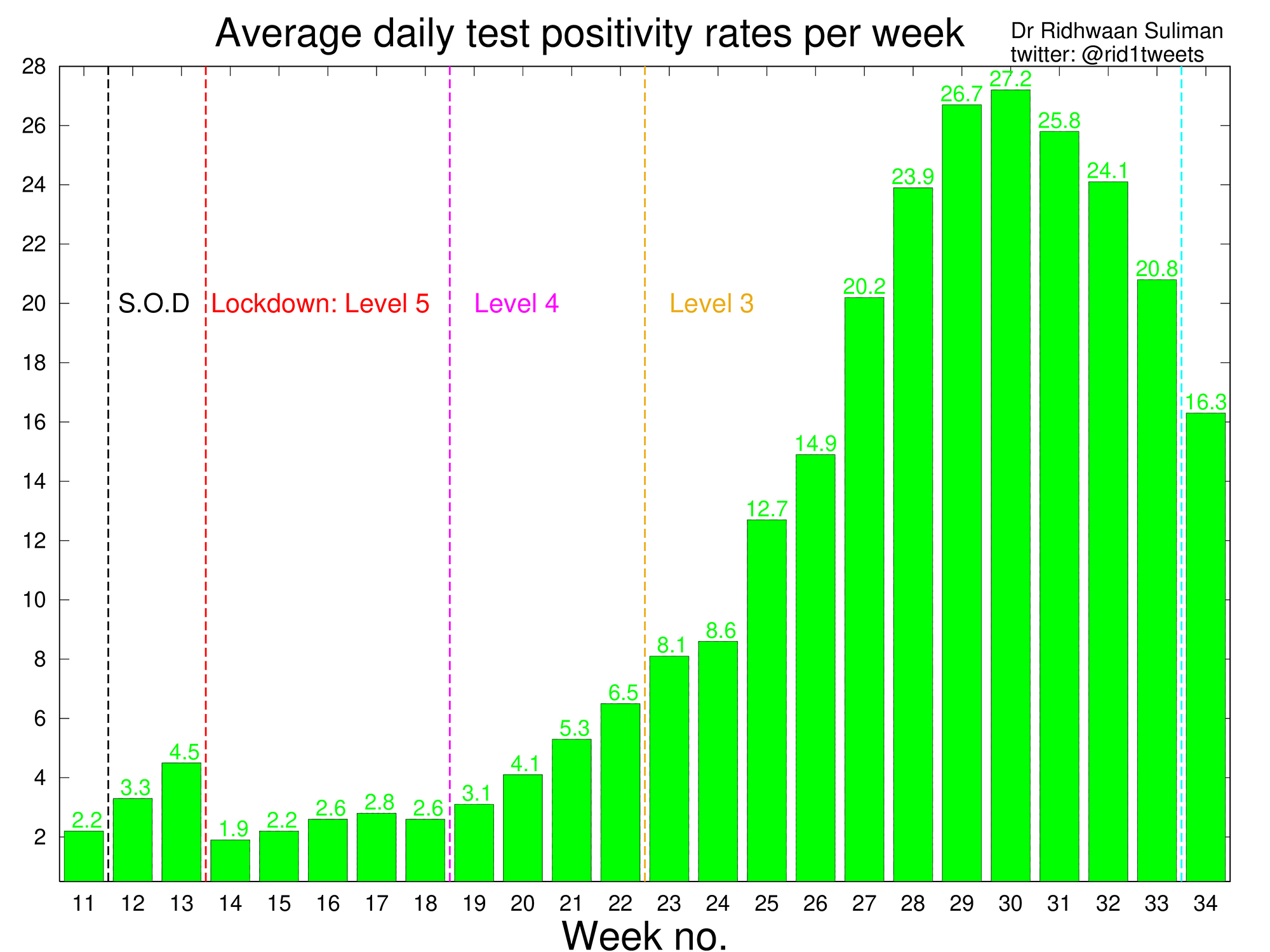 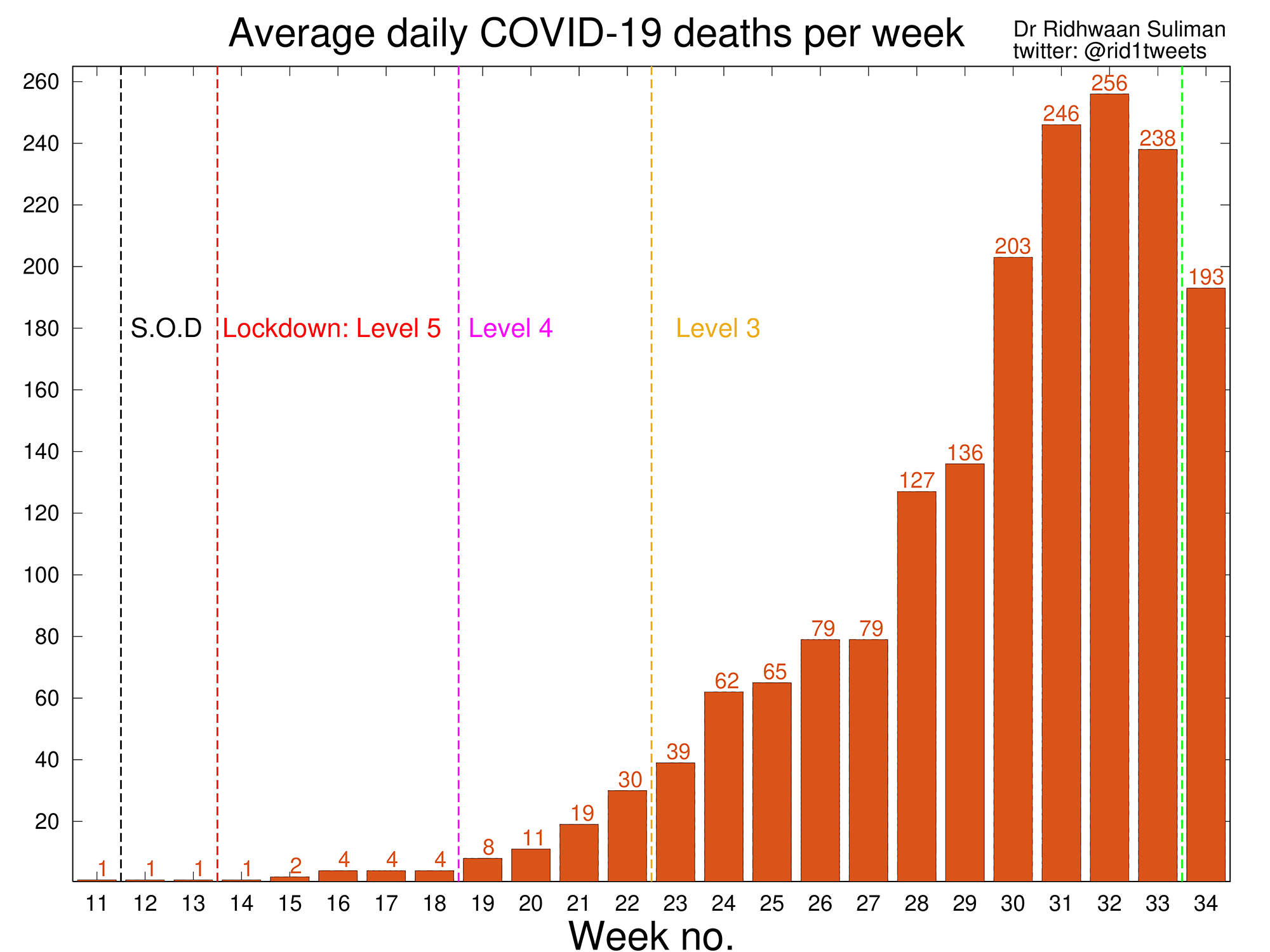 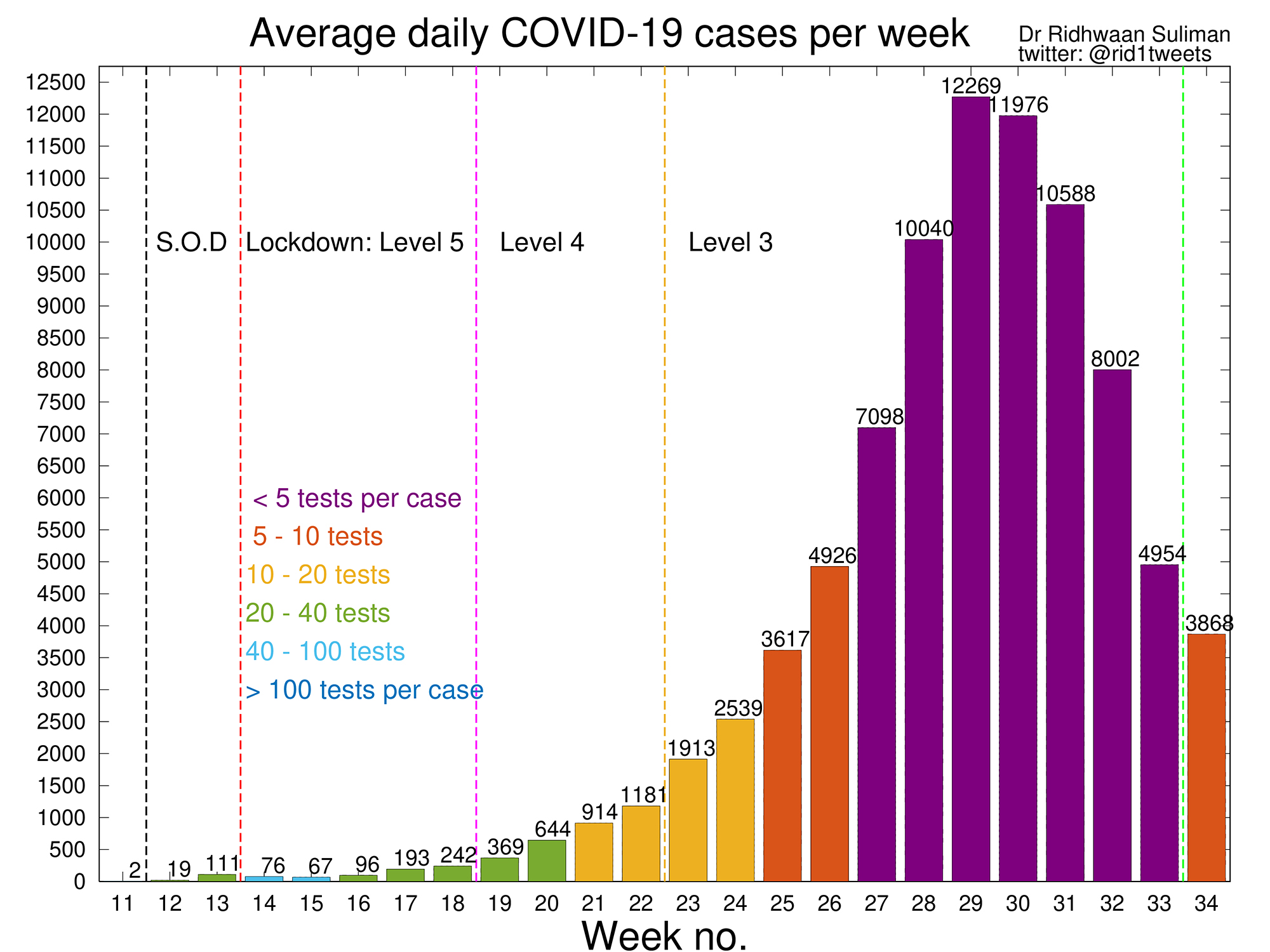 Dr Ridhwaan Suliman of the CSIR’s graphs reveal that the seven-day rolling average number of cases has come down while the doubling time of Covid-19 infections has lengthened to 155 days. The test positivity rate (a percentage that measures the number of positive cases in relation to tests done), is down to 16.3% – the WHO recommends a number below 10% to show a convincing epidemic decline.

South Africa’s recovery rate is now over 80% while the number of active cases is down to 90,000, says Suliman. Abdool Karim said the infection case-load in both the Free State and KwaZulu-Natal had not grown exponentially as had been expected, with the trend in both showing a southward journey. The state’s national health laboratories system is doing between 20,000 and 25,000 tests a day without backlogs or shortages of material. This is attributed to lowered demand from the peak of 45,000 tests a day as Covid-19 surged in June and July 2020.

“Is the worst behind us? Not entirely so,” said Abdool Karim, who warned that South Africans needed to maintain strict masking, physical distancing and to still limit gathering in order to ward off the second wave of infections.

Abdool Karim said South Africa should aim to maintain a curve like Germany’s where the epidemic was regarded as “simmering” – still present but at low and manageable numbers. “You really can’t let your guard down. The second surge is waiting to pounce,” he said, pointing to the epidemic’s double peak in the US and even in countries like Singapore, Vietnam and South Korea, which had been regarded as the top strategists in dealing with the Covid-19 outbreaks.

“Every one of them has been dealing with a second surge,” said Abdool Karim.  The task now is to maintain Covid-19 infections at a German-like “simmer” and to avoid super-spreader events.

Health Minister Zweli Mkhize said South Africa’s challenge now is to “ride the momentum to keep the curve flat”. Mkhize said that field hospitals around the country and including the one at Nasrec in Gauteng (one of the country’s largest), were being dismantled.

He said that Covid-19 had built unity in the health system – among government, scientists and the wider medical fraternity – and this unity, as well as emergency investments in health services and infrastructure – laid a good foundation for universal healthcare.

By 25 August 2020, South Africa had a confirmed Covid-19 case-load of 611,411 cases with 100 new deaths in the past 24 hours. Mkhize said that the ministerial advisory committee had approved the use of antibody tests, but only at labs. DM