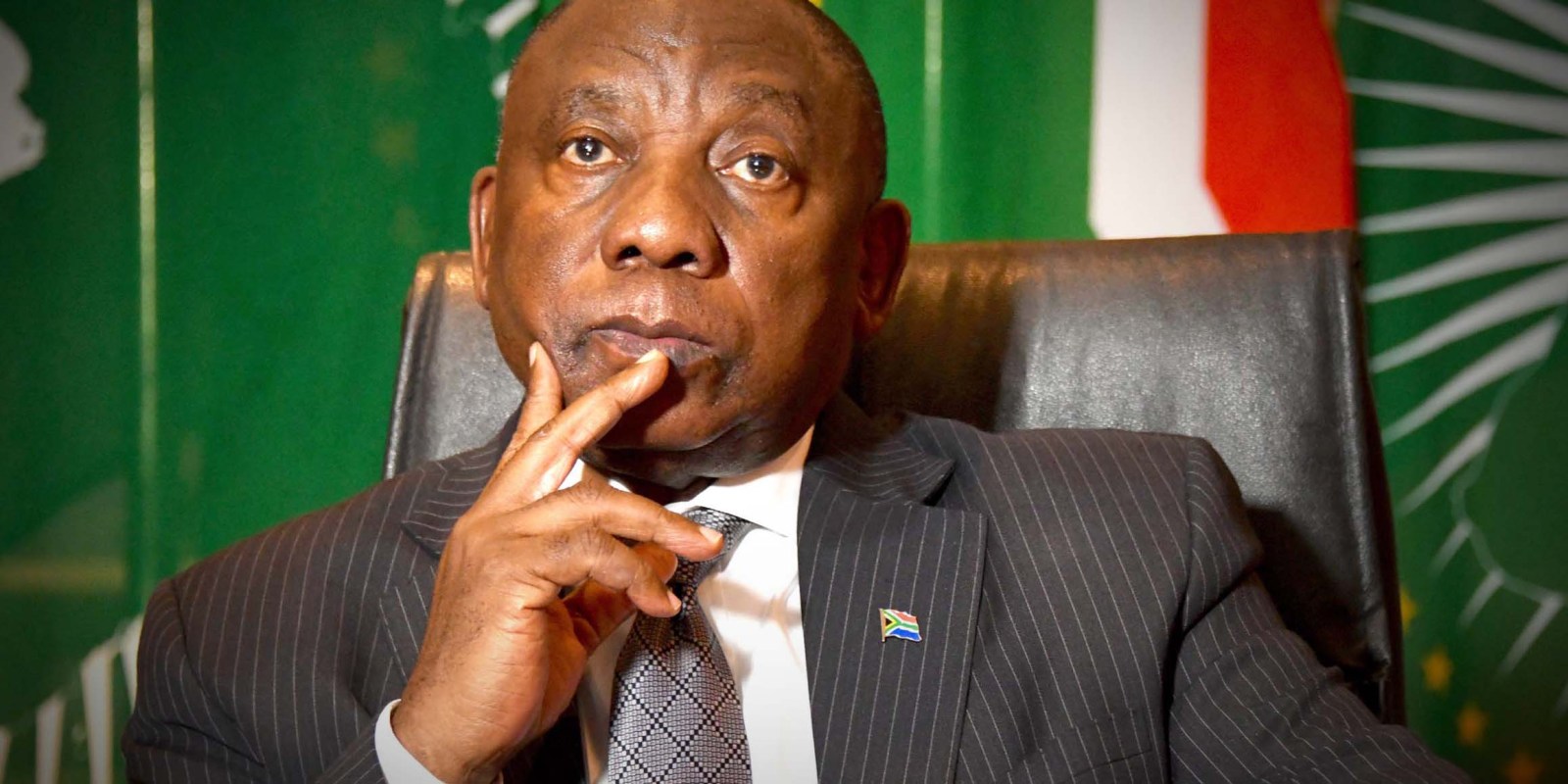 President Cyril Ramaphosa has acknowledged that few in South Africa trust the ANC anymore and offers a diffident but nonetheless compelling solution to the problem of the trust deficit. (Photo: GCIS/Elmond Jiyane)

Most South Africans are despairing at the apparent inability of our law enforcement and political institutions to act decisively against blatant corruption.

The brazen manner in which some of the politically connected have taken advantage of the Covid-19 crisis for their personal enrichment has shot a wave of despondency across the country.

By now, we all know that corruption is endemic in South Africa. But this level of venality and deviance has surpassed the worst of our expectations and confirmed for many that Mandela’s vision is betrayed beyond any hope of redemption. The moral standing of the ANC is in tatters.

Therefore, it was heartening to read President Cyril Ramaphosa’s recent letter to the ANC.

The letter is first and foremost a frank and truthful appraisal of the rot, and, importantly, perhaps for the first time, makes a viable proposal for tackling the impunity and unscrupulous culture that has taken root within the ANC and government.

There are many workable disciplinary, anti-corruption models which have been tested internationally which (if conceptualised and designed properly) can be deployed efficiently to give effect to the policy proposed in the president’s letter.

Understandably, the letter has been received with scepticism in some quarters. Many doubt the ANC or the president will walk the talk. For too long our political leaders and business elite have stood by and allowed fraudulent and illegal procurement practices to become the order of the day in furtherance of their factional and personal interests. The requirement in section 217 of our Constitution that public procurement must be done in accordance with a system which is fair, transparent, competitive and cost-effective is cynically mocked in its habitual breach by those appointed as its custodians. Outrage upon outrage has drained us of any expectation of accountability or moral public service.

The good thing about the president’s letter is that he honestly and unequivocally concedes that. He admonishes that “our deeds must always match our words” — implying that such has not been the case within the ANC for some time.

The president acknowledges that few in South Africa trust the ANC anymore and offers a diffident but nonetheless compelling solution to the problem of trust deficit when he says:

“We cannot hope to win back people’s trust if we continue to allow cadres who are charged with criminal conduct to occupy positions of responsibility within government and our movement.”

This proposition, a truism rather, is so blindingly obvious that we should marvel at having lost sight of it. All members of the ANC, as well as broader society, surely may expect that those reasonably suspected of serious criminal conduct should stand down from their positions until the investigation and or prosecution is complete, if only to spare the ANC (the party of Mandela after all) reputational harm, here and abroad.

Stephen Grootes in his recent article End of Cyril Ramaphosa “The Consensus Man” poses the question of how practically that might be achieved. How best can President Ramaphosa deliver on his proposal to rid the ANC of corrupt members?

If there is the will, which optimistically the letter hints there might well be, it will be easy to do. There is no need for rocket science – just effective anti-corruption and disciplinary processes.

The prevailing practice of the ANC to permit its allegedly corrupt members to remain in the party until proven guilty in the criminal courts, if allowed to persist, means that impunity will continue. Criminal cases can take a long time. However, the mere laying of a charge with the police can never be enough reason for a member to step down. But still, the idea that allegedly corrupt members are innocent and should remain in place until proven guilty in the criminal courts is simply wrong. On that premise, as we have seen, the corrupt will stay in office for years benefiting from tenders, public salaries and promotions to higher office.

The presumption of innocence until proven guilty beyond a reasonable doubt applies in the criminal sphere. A different standard should apply, and in fact applies, in organisations or in the employment context. Employers routinely suspend or dismiss dishonest employees without waiting for the outcome of a criminal case. In voluntary associations and political parties, action can be taken against wrongdoers on the basis of a reasonable likelihood of wrongdoing.

In his letter, President Ramaphosa reiterates that the task of policing ANC wrongdoing, and assessing the validity of allegations of corruption against members, will fall to the ANC Integrity Commission. He recommends that it and its regional bodies be given strong administrative and legal support and uniform terms of reference.

While the Integrity Commission has made a number of admirable pronouncements, it is seen universally as toothless. It lacks the legal mechanisms necessary to effectuate its decisions meaningfully. The president seems to recognise this too. He knows that his envisioned anti-corruption policies can only succeed if effective means are in place to implement them. There are several appropriate models that can be considered.

Thus, for example, the Integrity Commission could simply and easily establish subcommittees staffed by senior lawyers or retired judges with powers to act expeditiously and informally, using inquisitorial techniques, to determine whether there is probable cause or reasonable grounds to believe that corruption or fraud has occurred. The criterion of probable cause is a lower evidentiary standard requiring less than proof beyond a reasonable doubt. Should the subcommittee determine that there is probable cause it would then recommend to the plenary Integrity Commission that the member stand down, failing which the member would be suspended from the party.

A modest practical suggestion of this order, straightforward as it is, if properly implemented, will give the lie to both the idea that the party is unable to deal with allegations of corruption expeditiously and the prevailing false narrative that its hands are tied because of the presumption of innocence. There is no need at all for the ANC to wait for the completion of the criminal process before proceeding with discipline.

As the president rightly says, the internal processes of the ANC can be tooled and tailored to give effect meaningfully to the values of its own constitution. Suspension from the ANC does not require proof of criminal conduct. It will be enough to show by means of fair internal processes that a member has brought the party into disrepute.

As I say, there are many workable disciplinary, anti-corruption models which have been tested internationally which (if conceptualised and designed properly) can be deployed efficiently to give effect to the policy proposed in the president’s letter. The key will be to define the terms of reference or articles of the relevant tribunal in a manner ensuring expeditious resolution and the avoidance of legalism.

The encouraging thing about the president’s letter is that he understands all of this and makes a call for practical reforms that can make it happen. For that reason, all of us should read the letter carefully, trust our president and get behind the effort he has in mind. If he succeeds in this endeavour, it will be a significant step in restoring South Africa’s credibility as a sustainable social democracy. He needs our support. DM

Judge John Murphy was the ninth President of the United Nations Appeals Tribunal, has served in the Labour Appeal Court of South Africa and was the country’s first Pension Ombudsman (Pension Funds Adjudicator).