Iqbal Survé takes another bite at the PIC apple 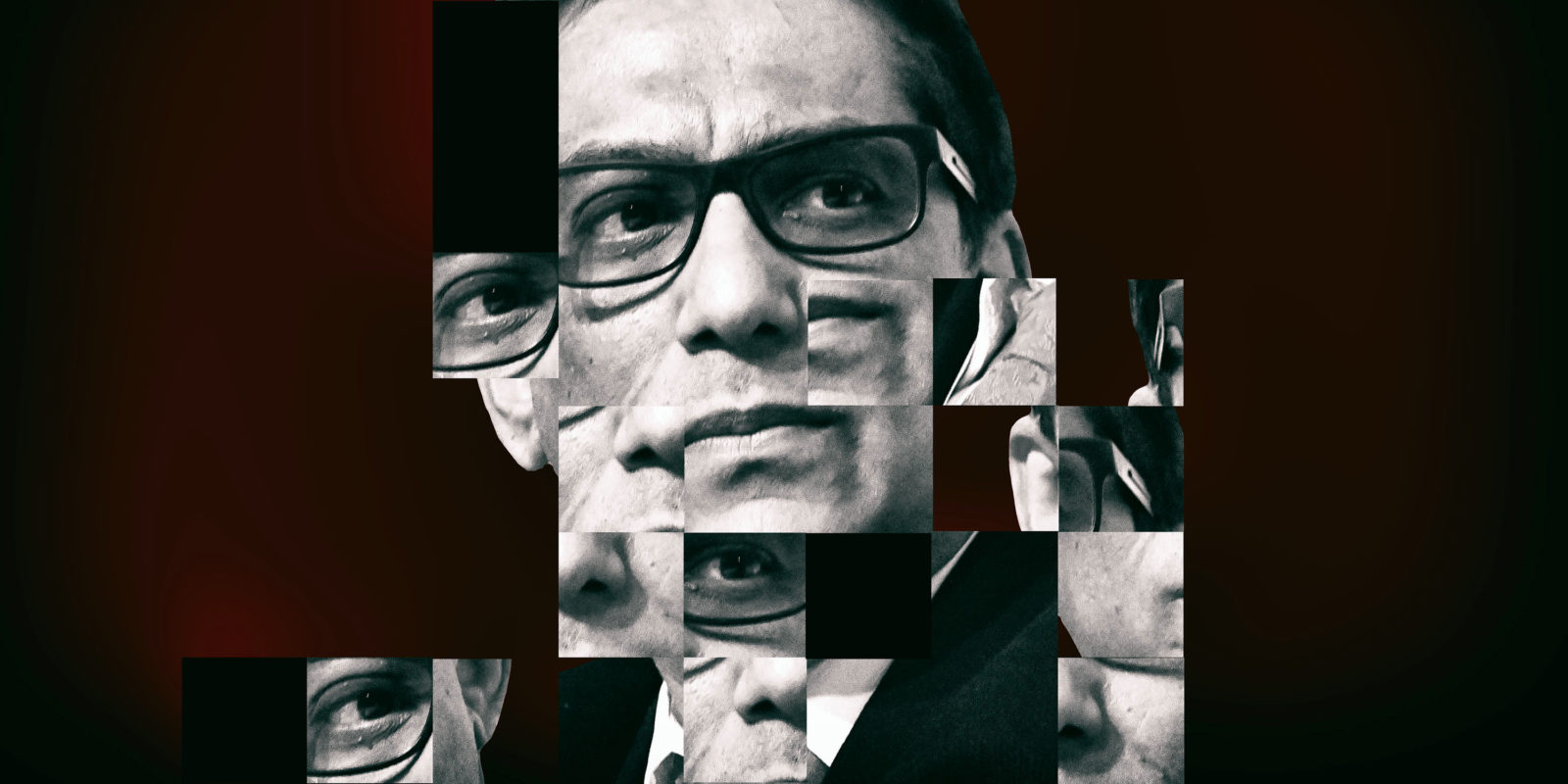 The controversial Cape businessman seems set to extract millions more from the R4.3-billion his company irregularly scored from the PIC – but JSE rules are complicating his latest attempt.

Ever since the Public Investment Corporation (PIC) made its disastrous and highly irregular R4.3-billion investment in Iqbal Survé’s Ayo Technology Solutions in December 2017, that money has been steadily pumped out into the wider network of Survé companies and associates. 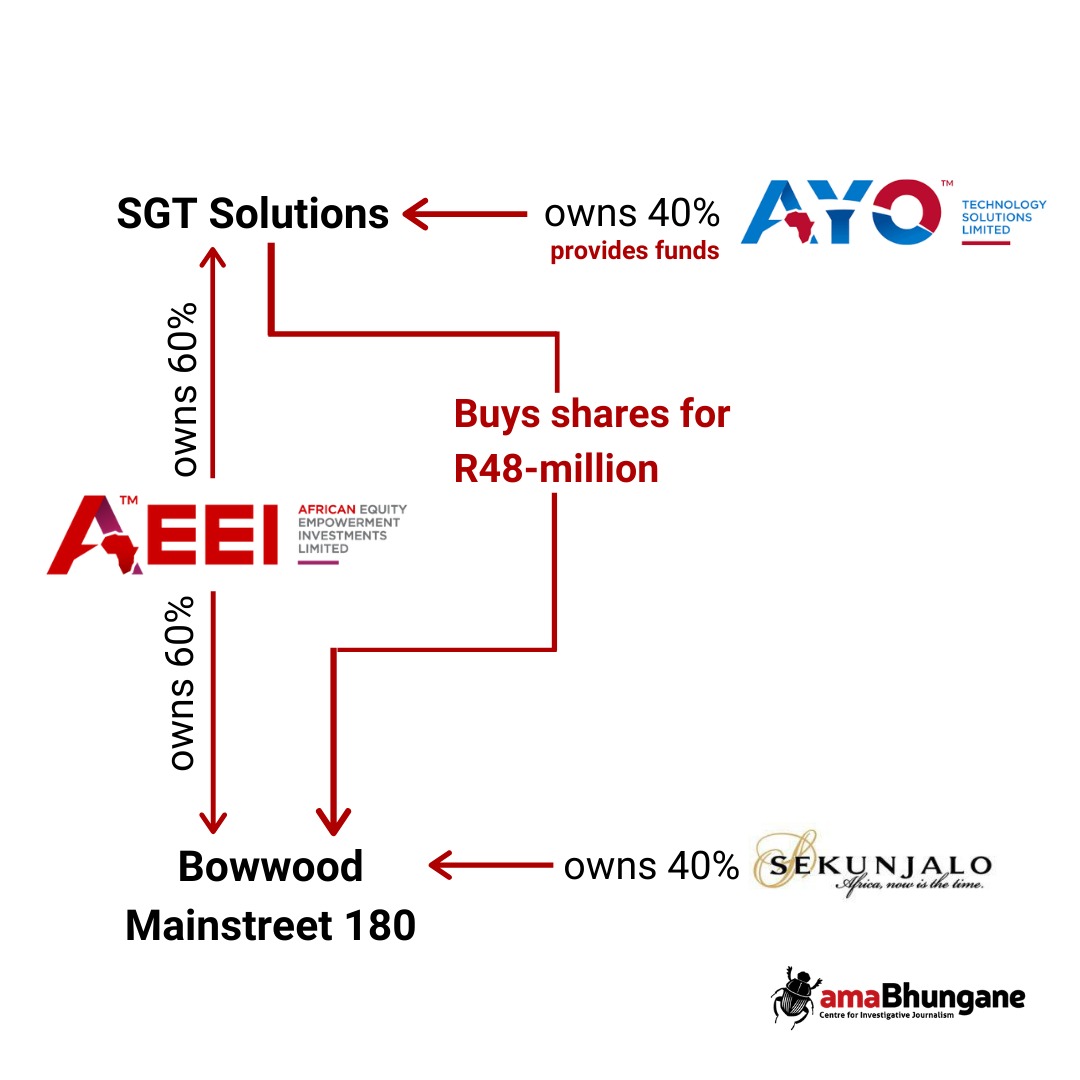 That is on top of generous dividends paid largely to the benefit of AEEI, using the PIC cash even while Ayo’s actual operations lose money.

This has continued even after the PIC went to court in May 2019 to try to reverse the investment.

A new deal in the pipeline will see this pattern of self-dealing take a particularly flagrant turn, where Survé effectively buys something from himself with Ayo money.

The trick involves a company called SGT Solutions which is 60% owned by AEEI and 40% by Ayo – but which Ayo legally controls thanks to a shareholder agreement.

AEEI’s majority shareholding in this company was itself apparently funded by Ayo last year in a particularly convoluted transaction where Ayo paid an initial R60-million, and then another contingent sum of R33.5-million, but AEEI ended up owning most of the company.

More importantly, SGT is 40% owned (and funded with inter-group loans of at least R33-million) by Ayo while Bowwood is 40% owned by Sekunjalo, Survé’s family holding company.

The net effect of this transaction is that R48-million cash provided by Ayo leaves SGT to the benefit of AEEI (R28.8-million) and Survé (R19.2-million).

While AEEI and Sekunjalo’s respective direct shareholdings in Bowwood get diluted, new shareholder SGT is controlled by AEEI and by extension Sekunjalo as well, so that no actual change in control takes place.

If you look at Survé’s Sekunjalo group of companies as a whole, you just see money moving from Ayo towards the exit.

In its original announcement of the transaction on the JSE’s news service on 1 June, AEEI made no bones about the transaction serving only one purpose – to let it “realise cash and utilise the proceeds from the transaction to reduce its [AEEI’s] current external debt levels”.

The transaction is, however, also a continuation of a number of other Ayo-related deals. Bowwood is just a shelf company housing 25% of SAAB Grintek Defence.

As with SGT, this deal saw Ayo cough up the purchase price, but AEEI ended up with 74% of the shares.

Ayo has subsequently, according to interim financial results published in May this year, given Global Command loans of over R100-million.

But there may be a hiccup with the new SGT deal.

It seems someone at AEEI had misunderstood the JSE’s rules around tangled related-party deals like this one. Either that or they thought the bourse would not notice.

In the original June announcement mentioned above, AEEI told shareholders the transaction was not subject to the approval of AEEI shareholders.

On 11 August, AEEI published an update: “Shareholders are… advised that the Transaction has subsequently been classified as a… related party transaction requiring approval from Shareholders prior to the implementation.”

AEEI said it was preparing a circular for shareholders and would be engaging with the JSE in respect of the timing of its issue.

If AEEI powers ahead and puts the transaction to a vote, the related party in the deal, Sekunjalo, will not be able to vote.

That takes Survé’s 62% out of the equation, leaving a body of shareholders owning 38%.

It remains to be seen if this latest Ayo exploit succeeds.

The PIC has a pending application in the Western Cape High Court to claw back the money it invested in Ayo.

According to a summons lodged on 29 May last year, the state pension fund manager was persuaded to invest the R4.3-billion in Ayo based on misrepresentations of its prospects. Ayo is defending the matter.

The PIC cited the court case when declining to comment for this story.

“The Public Investment Corporation (PIC) has embarked on a court process which seeks to recoup its investment in Ayo Technology Solutions (Ayo). Given that this process is underway, the PIC reserves its comments on Ayo’s affairs at this time,” it said by email in response to questions.

It is understood that the PIC had also considered making an urgent application for an anti-dissipation order to freeze Ayo’s assets, but felt it lacked the necessary evidence which was, at the time, largely confined to journalistic investigations like those of amaBhungane.

While the legal process grinds on, Ayo continues to use the PIC money for acquisitions that often benefit related parties as well as the payment of dividends.

According to Ayo’s financial results for the six months to the end of February this year, interest earned on the PIC cash amounting to R108.76-million was still the source of virtually all Ayo’s profit.

The cash is, however, dwindling. By 29 February this year, only R3.3-billion of the initial R4.3-billion remained.

A dividend of 35 cents per share got declared nonetheless, depleting the coffers by another R120.44-million.

The results reveal some other apparent liberties taken with the PIC funds.

AmaBhungane previously reported how Ayo invested R75-million in a company tied to Survé’s personal assistant, Tricia Apollis. That investment was revalued by external auditors and impaired down to R5-million in Ayo’s subsequent accounts.

But the latest results show the crash in value did not stop Ayo from investing another R113-million in the Apollis company. This revelation is made in unaudited interim results, making it possible that another severe impairment may occur when auditors have a look.

In the same story, amaBhungane reported evidence that Ayo was being used to pay off Survé’s private property investments, specifically a set of expensive apartments in the exclusive Silo development in Cape Town’s V&A Waterfront district.

This has evidently continued, with Ayo paying R1.4-million “rental” to Prodirect Investments 112, the company that owns Survé’s apartments.

Ayo and AEEI declined to respond to questions.

“Both companies have declined to give detailed responses as the information is contained in the SENS announcements and both stand by the fact that all compliance has been dealt with in terms of the requirements for listed companies,” spokesperson Kaz Henderson said by email.

Survé did not respond to questions.

The PIC’s original investment in Ayo was subject to scathing criticism in the report of the Mpati Commission of Inquiry into allegations of impropriety at the PIC.

There was a litany of adverse findings against Survê and his companies, with the report stating, “The Ayo transaction demonstrates the malfeasance of the Sekunjalo Group, the impropriety of the process and practice of the PIC as well as the gross negligence of both the CEO and CFO [of the PIC].”

The report reserved its most severe recommendation against any implicated company for Sekunjalo, calling for further forensic reviews, the recovery of the Ayo money, and legal steps regarding potential criminal conduct by Sekunjalo.

Survé was found to have engaged in “outright manipulation” of Ayo’s value before the PIC invested, as well as faking market demand for the shares.

The multi-billion-rand deal was rammed through by former PIC chief executive Dan Matjila, with whom Survé was friendly, riding roughshod over the formal processes meant to govern PIC investments.

Among the things that fell by the wayside was a downside protection agreement that the PIC wanted to shield it from a collapse in the Ayo share price. The investment is now nearly worthless after Ayo’s share price did collapse – from R43 when the PIC invested, to R5.75 currently.