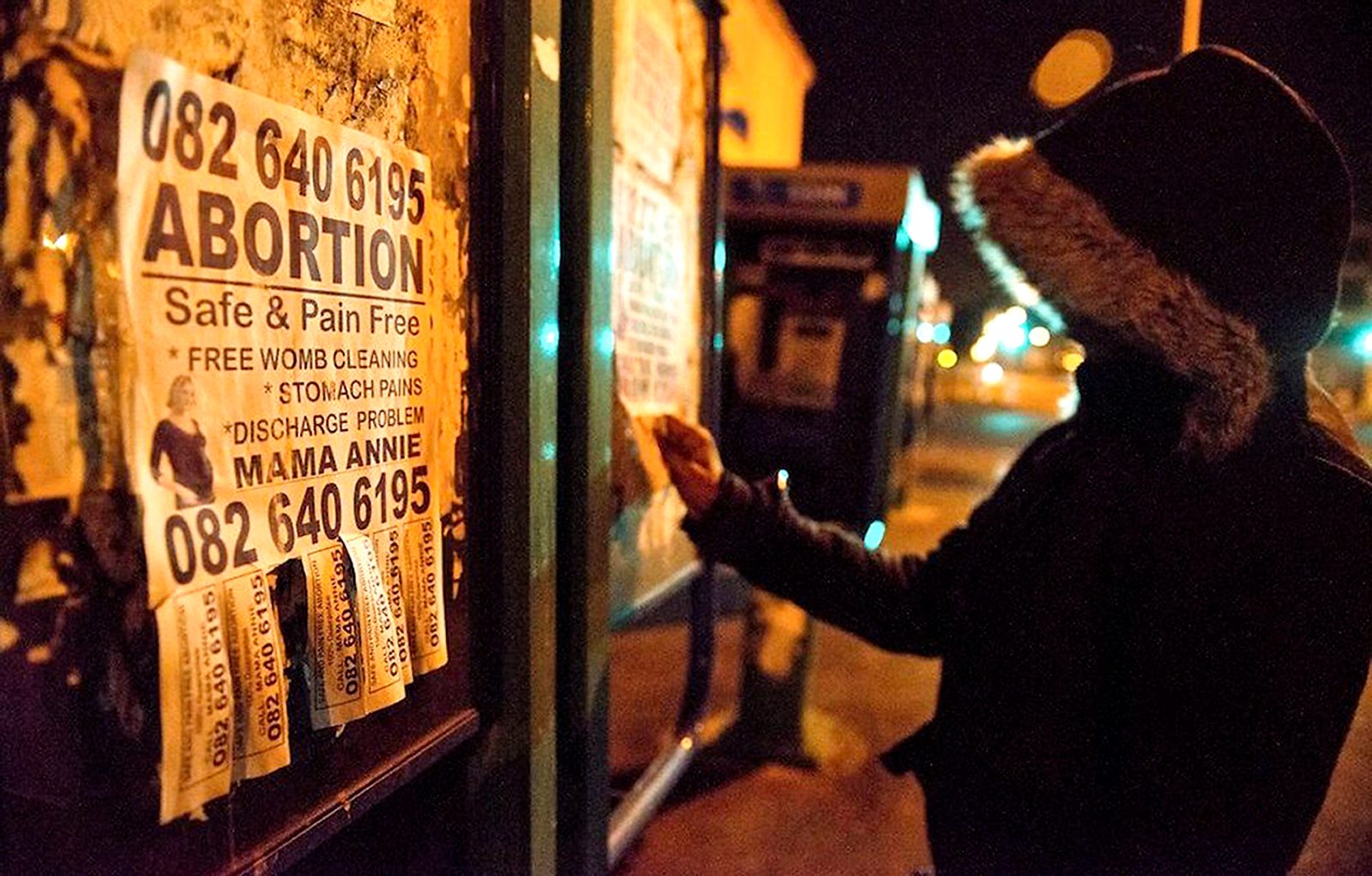 Some abortion providers now believe that one solution to the problem of unsafe and illegal abortions is self-managed abortions. (Photo: bhekisisa.org / Wikipedia)

Though abortion has been legal in South Africa since 1996, many abortions still take place outside of formal health settings.

At a conference on abortion and reproductive justice in Makhanda in 2018, the Department of Social Development said between 52% and 58% of the estimated 260,000 abortions that take place in South Africa every year are illegal. The Guttmacher Institute (a research and policy organisation), estimates that 50% of abortions in South Africa take place in settings not regulated by the health sector.

Some abortion providers now believe that one solution to the problem of unsafe and illegal abortions is self-managed abortions (SMAs).

What is a self-managed abortion?

With an SMA, a pregnant woman controls her abortion process, typically at home. The SMA can be supported by trained providers, either through an in-person or online consultation.

The most common medication used for SMAs is Misoprostol (also known under the brand name Cytotec). An SMA can involve taking Misoprostol alone or a combination of Mifepristone and Misoprostol. In some countries where Mifepristone is in lower supply, just a Misoprostol regimen is often used.

When both medicines are taken, women first take 200mg of Mifepristone with water. After 24 hours, but not longer than 48 hours, women will take the Misoprostol. Between one and four hours thereafter, cramping and bleeding similar to a heavy period should follow. The pills soften the cervix, cause uterine contractions that will differ from woman to woman and pushes the pregnancy tissue out.

Dr Melusi Dhlamini from Marie Stopes says when the process is done early, there isn’t anything that will need to be disposed of. “It will come out just as blood. You won’t even notice a thing, so there is no issue of wanting to dispose of anything. You won’t even see a thing. So, this is something that can easily be done at home. It gives women power to be in control and not be judged,” he says.

“I helped a student during lockdown who said being able to do SMA at home was a saving grace. She didn’t have a reason to leave her home because of the lockdown, so she couldn’t go to a facility to abort. She got a package at home when her parents were away and she did it alone at home without having to explain anything to anyone.”

According to Kgaladi Mphahlele, an abortion and contraception activities manager in the North West, most pregnancies are terminated successfully after 24 hours with no complications when using this method.

According to Mphahlele, SMAs mean more women will have access to safe abortions.

“It will decrease the number of illegal street abortions. You will not have to depend on anyone to do this, and you will not even have to wait to be booked for an appointment. This is being done and SMAs will limit the number of people that buy these pills in the streets and end up coming to us with complications because they were not fully instructed on what to do and what to expect,” he says.

Over 1,000 self-managed abortions at home

Dhlamini says from the start of the Covid-19 pandemic, they were inundated with calls from women who couldn’t access abortion because other facilities just refused to do it.

“Covid-19 allowed us to broaden our thinking, and we had to come with ways to help women who still wanted to have an abortion, but couldn’t access it because of the lockdown regulations and changes to the health system which led to abortions not being done. We started a pilot project to do SMAs via telemedicine. Women that want to abort are phoning our call centre and there is tele-counselling to ensure that they meet all the criteria to abort alone at home and there is no risk involved,” he says.

“Part of our screening ensures that someone who wants to perform an SMA at home is not at risk of an ectopic pregnancy or severe bleeding or anything that can hamper the process and stop the pills from working. When one is eligible for the process, then the woman will get two different types of pills [Mifepristone and Misoprostol], which can be couriered to the client or they can fetch [it] at Marie Stopes. In our package is a step-by-step instruction on how to use the tablets. There are also pain tablets and leaflets of what to expect and when to call for medical help,” he says, adding that they helped over a thousand women from April to June during lockdown. Dhlamini says they will continue with SMAs beyond the pandemic.

At a cost of R1,500, if the pills are collected or R1,750, if it is delivered through a courier service, Dhlamini says women can pay for the process in cash and then claim back from their medical aid.

What about the public sector?

Both Mphahlele and Dhlamini say we need more education on SMAs and for it to be available at every health facility. They say this will allow more women access to safe abortion services.

Marion Stevens, Director of the Sexual and Reproductive Justice Coalition (SRJC), says that health providers should be trained in the provision of telemedicine in the public sector.

“Marie Stopes is not affordable for the majority of women. The public sector needs to be held accountable and should not be outsourcing the provision of care to NGOs. They also need to be taking responsibility for the provision of reproductive health commodities, including generic medical abortion drugs. We should not be relying on the private sector to fill in gaps for the public sector,” she says.

“Government shared the draft National Abortion Clinical Guidelines finalised in 2018. We heard that they were to be launched in June 2020, but nothing has happened,” she says. “The guidelines make provision for abortion access at primary healthcare level; have a good section on counselling, informed by South African research and it addresses obstruction to access and referral processes.”

“Here [in South Africa], SMAs can be done up to 10 weeks, but evidence from other countries informs us that it is safe and can be done all the way up to 20 weeks [or] even further along [in] the pregnancy,” says Mphahlele.

He says some organisations have been in discussions with the national Department of Health to allow SMAs up to 12 weeks, but according to him, the talks have been moving at a snail’s pace.

“Self-managed abortions can be effectively managed and provided by merely telling someone what to do,” says Mphahlele. “The risk is so minimal, 1 out of 20 women that do self-managed abortions will come up with a complication or danger signs that will need them to get to the clinic.”

Both Mphahlele and Dhlamini urge women to call a healthcare provider should there be heavy bleeding. “If after the process you are bleeding heavy and changing too many pads hour by hour, then call for help. A good rule of thumb is no more than soaking two maxi pads per hour for over two hours,” says Mpahlele.

Stevens says the real challenge with abortions is that it is not like talking about HIV. “It is difficult to organise people to talk about abortions. History on abortion shows that it has always been marginalised and being able to organise and get support is extremely difficult. This is not something that is easily funded. It is stigmatised and people are not freely available to talk about this, nor is there space to do so without being judged,” she says.

“The reality is that health workers need to do the work of talking, find the right words in our different languages and have conversations with women, families and communities to normalise what essentially one in three women experience in their lifetime.”

Stevens says the reality is that women will do it for themselves. “We will be sitting at hotlines and linking with regional partners, and see how this can be done. This is now about women organising themselves, planning and developing. It’s now about what women want to do, and there is so much potential with SMAs. We need to organise and be able to provide accurate information and above-board safe methods for women to use. We have to make sure that information is available, and it is informed by clinical evidence,” she says.

“SMA radically disrupts power dynamics in abortion and has the potential of reducing the harmful consequences of unsafe abortion,” she says. “Access to self-managed abortion in these times will give women the choice to decide. Removing unnecessary barriers [such as the over-medicalisation of abortion and the regulatory restrictions on abortion pills], is a must in times of Covid-19 and beyond.”

Questions Spotlight sent to the National Department of Health were not answered by the time of publication. DM/MC