‘We are dying’: Nehawu gears to strike as frontline...

‘We are dying’: Nehawu gears to strike as frontline workers battle Covid-19 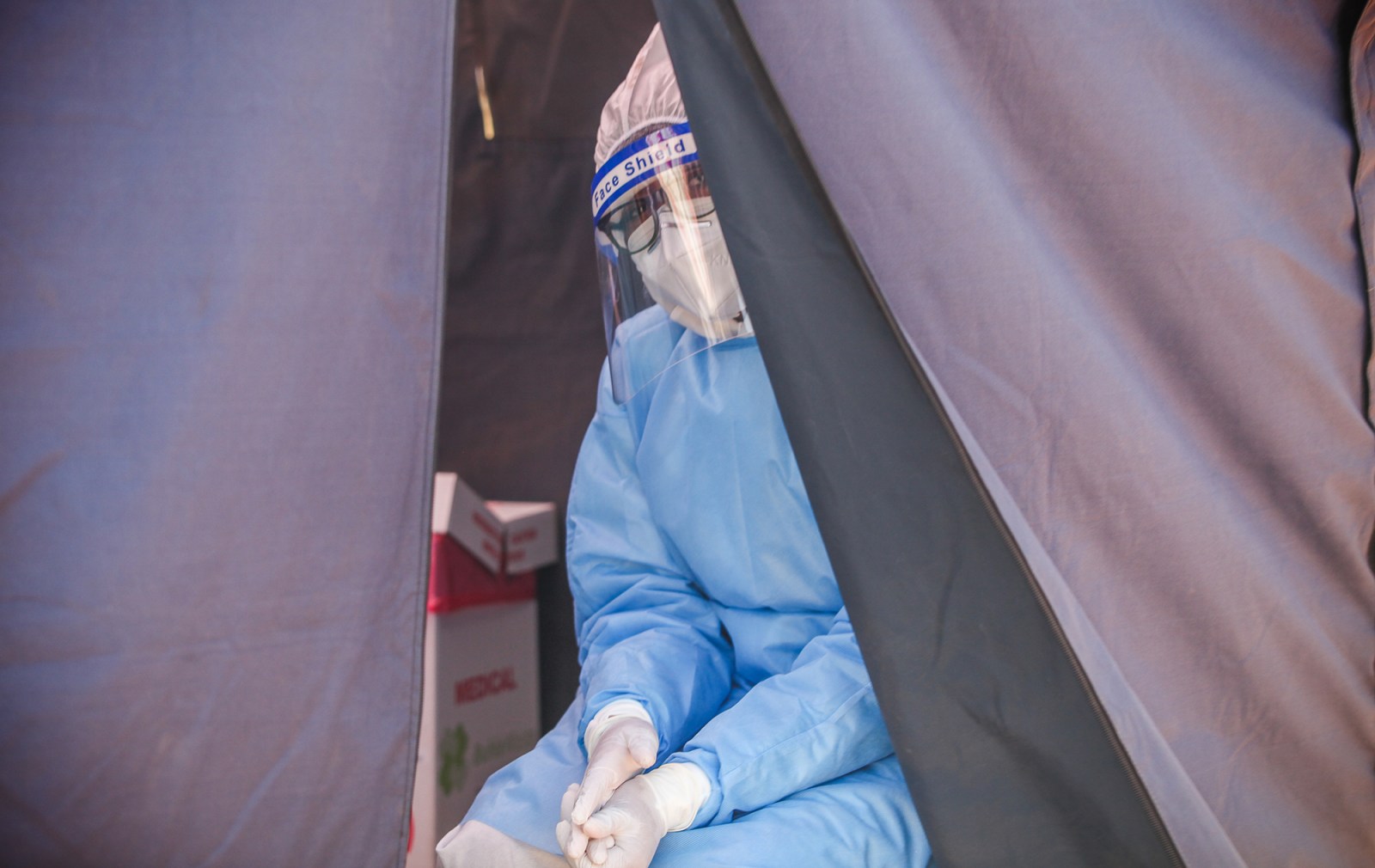 The country’s largest union, Nehawu, is threatening to strike as healthcare workers continue to face inadequate supplies of protective gear and public service employees demand their salary increase for 2020. Nurses union Denosa, meanwhile, held a prayer session as its members continue to succumb to Covid-19.

The National Education, Health and Allied Workers’ Union (Nehawu) believes the government’s response to Covid-19 is putting frontline workers at risk and it’s prepared to go on strike to protect its members, even if it disrupts treatment at healthcare facilities.

“We are dying now. We are burying our members,” said Nehawu General Secretary Zola Saphetha in a media briefing in Johannesburg on Thursday.

“It is up to us whether we must watch workers die, members dying, or we must do something at least to protect them. Our action must be understood as an instrument and as a campaign to protect frontline workers from dying.”

According to Health Minister Zweli Mkhize, as of 4 August 2020, 240 healthcare workers had died due to Covid-19 and 27,360 had been confirmed to have contracted the virus. Nurses made up the majority of cases, accounting for 52%.

Employees, such as cleaners, at other institutions weren’t wearing PPE due to the misconception that only clinical staff need protection.

The union said health facilities were failing to comply with the Occupational Health and Safety Act and that a shortage of staff led to “unbearable” working conditions. It claimed that workers who raised concerns were being victimised by managers.

Mkhize and provincial health MECs met Nehawu after the release of the union’s report and committed to addressing its concerns. He said PPE shortages were caused by high demand, quality concerns, corruption and distribution problems.

“With each and every day that passes, it becomes vividly clear that employers do not care about our members and workers. If workers are serious about preserving their lives and get what is due to them in terms of remuneration, they have to fight until the bitter end,” said Saphetha.

Nehawu’s threat to strike follows months of disputes over the implementation of the 2020 wage increase for public sector workers. The government signed the agreement in 2018, promising increases of between 4.3% and 5.4% from 1 April 2020, but instead it proposed to freeze wages for the year due to fiscal constraints.

Public-sector unions and the government are expected to argue their cases in front of an arbitrator on 28 August before the dispute can be heard by the Public Sector Co-ordinating Bargaining Council.

Meanwhile, Nehawu will start to flex its muscles to pressure the state to implement the 2018 agreement and secure safer working conditions for its members.

The union will strike at the National Health Laboratory Service (NHLS) on Friday over the institution’s failure to implement a 2019 labour agreement. The NHLS, which processes public sector Covid-19 tests, has indicated it will apply to have its staff declared essential service workers.

Nehawu has encouraged all of its members to apply for leave on 25 August, hold lunchtime pickets throughout next week and embark on a go-slow from 31 August.

“Failure to receive favourable responses to our demands on the 10th September 2020, we will completely withdraw our labour. Unfortunately, it will be at the peak of this virus,” said Saphetha.

“In any struggle there are casualties. We are prepared to lose lives as leadership and members in defence of ourselves,” he added.

According to the Gauteng government, the province has adequate PPE supplies. Denosa visited the provincial PPE warehouse and confirmed there was sufficient supply, but said the quality of some products was “questionable”. It also called on the government to help deliver the equipment to facilities.

The Democratic Nursing Organisation of South Africa (Denosa) held a virtual national day of prayer to support frontline workers on Thursday. The faces and names of nurses who have died due to Covid-19 rolled across the screen.

Denosa’s First Deputy President, Professor Mavis Mulaudzi, said nurses are still suffering from a shortage of PPE and some nurses who have been exposed to Covid-19 have been told they cannot go into isolation due to staff shortages.

She said the union has tried to expose nurses’ struggles in the media and petition the government “but at times you feel like you’re knocking on closed doors. At times, you feel like nurses’ lives don’t matter.”

In Gauteng, Denosa recently audited conditions at a number of hospitals and said it was “troubled” by what it found at Tshwane District Hospital and Dr George Mukhari Academic Hospital.

At George Mukhari, the union said patients with Covid-19 were being mixed with patients who had not contracted the virus. It said professors bullied nurses, compromising the facility’s Covid-19 strategy.

At Tshwane District Hospital, Denosa said nurses were forced to re-use disposable PPE and wash their gowns and masks, putting their lives at risk and contributing to the increasing rate of infection among healthcare workers.

According to the Gauteng government, the province has adequate PPE supplies. Denosa visited the provincial PPE warehouse and confirmed there was sufficient supply, but said the quality of some products was “questionable”. It also called on the government to help deliver the equipment to facilities.

Public Protector Busisiwe Mkhwebane and her deputy Kholeka Gcaleka have been visiting hospitals in Gauteng this week to assess their response to Covid-19. In contrast to Denosa, Mkhwebane said she was satisfied with the response at Dr George Mukhari Academic Hospital.

Mkhwebane, however, criticised the Gauteng government for adding only 1,126 extra beds to the healthcare system out of a planned 3,056.

Gcaleka visited Chris Hani Baragwanath Academic Hospital and questioned its ability to cope with another surge in infections.

“The hospital doesn’t have enough capacity, I think the staff are doing the best they can given the circumstances, but they definitely need to improve. Should there be a second surge of the pandemic, they will be challenged,” she said. DM