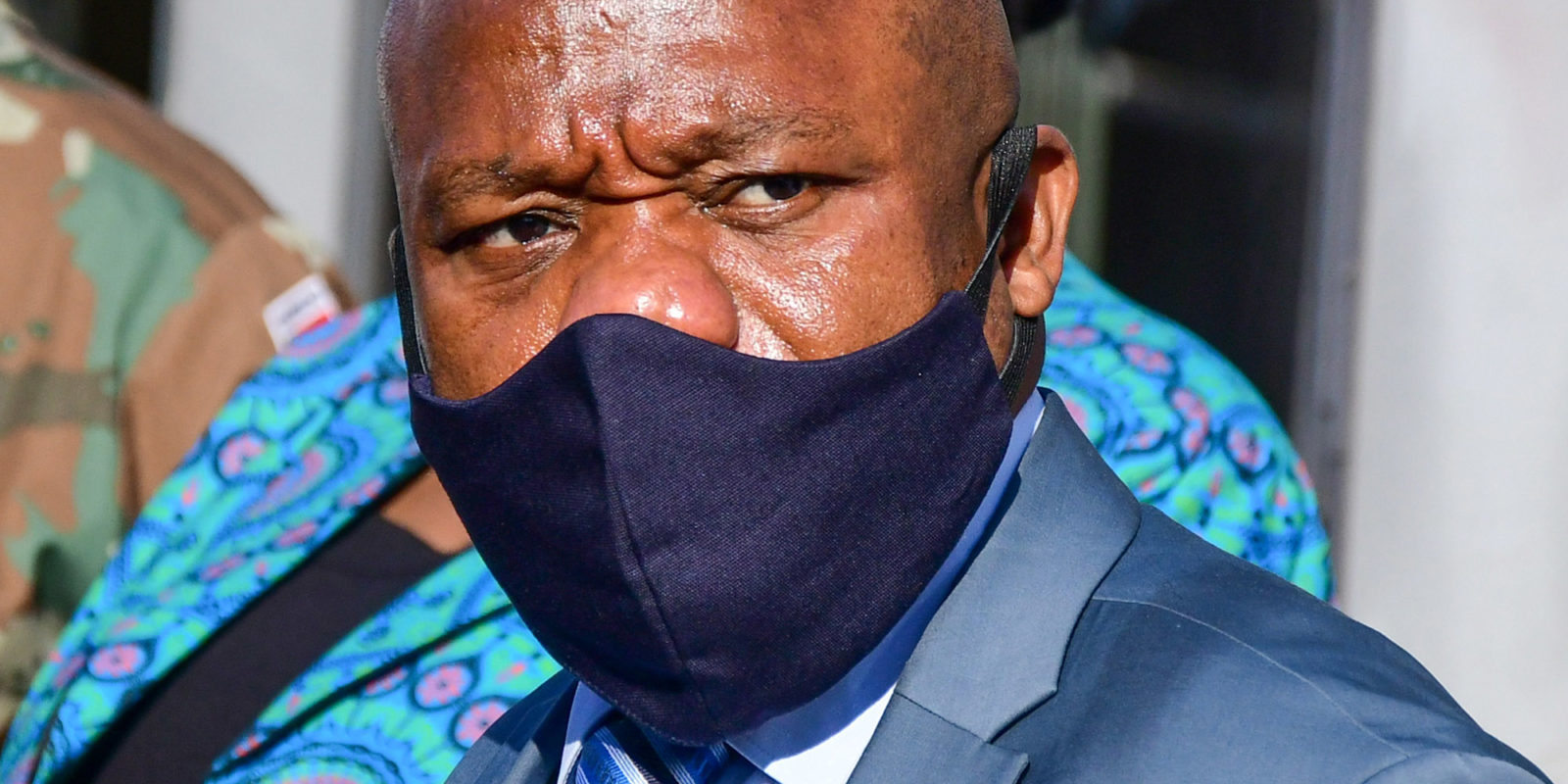 DURBAN, SOUTH AFRICA - MAY 19: KwaZulu-Natal Premier Sihle Zikalala during the launch of the Transnet-Phelophepa healthcare train clinic in Phoenix on May 19, 2020 in Durban, South Africa. According to a media release, the Transnet-Phelophepa healthcare train clinic is aimed at boosting the testing capacity for Covid-19 in the province, and is part of the KZN Provincial Government's efforts to curb the spread of the deadly virus. (Photo by Gallo Images/Darren Stewart)

While KwaZulu-Natal premier Sihle Zikalala was espousing the virtues of the governing party’s attempts to rid itself of corruption on Friday, he conceded that the appointment of former eThekwini mayor Zandile Gumede to the provincial legislature was in the best interests of the ANC – offering a bizarre excuse that her appointment was made to appease the Independent Electoral Commission. He also admitted to a R100-million “mistake” in the Covid-19 Procurement Disclosure Report he released last week.

The SIU confirmed to Daily Maverick on Friday that it was investigating 57 PPE contracts valued at R492.6-million in the education department alone.

Earlier in the month, the provincial government released a report to Daily Maverick that was drafted by the education department’s head of supply chain management, which cleared the department of any PPE irregularities.

Zikalala told the Zoom session that the provincial government had, before the report was concluded, engaged with the SIU “to ensure that all issues of PPE and everything is investigated”.

“Our report on the education department showed the processes were followed. We couldn’t ask the provincial treasury to investigate the PPE contracts as that department had conducted a pre-audit [of all bids made by various suppliers],” said Zikalala.

He admitted to Daily Maverick that a R100-million “mistake” had found its way into the disclosure report he punted with gusto last week as a means of placing the province’s PPE spend “transparently” before the country.

The glaring “mistake” relates to page 15 of the disclosure report, under the heading “KZN Municipal Covid-19 expenditure to date”.

According to the table supplied, uMkhanyakude municipality had spent R154,399,000 on its Covid-19 preparations. Daily Maverick reported last week that the amount should raise red flags, given that the district municipality had the lowest number of Covid-19 cases in the province.

“It was a mistake,” Zikalala said in response to a question during the Zoom session. “The figures were given to us by the municipal CFO. After the release of the disclosure report, the municipality contacted us. They have since admitted that they only spent R54-million.”

Commenting on the redeployment to the provincial legislature of Zandile Gumede, Zikalala said it was a political issue.

The ex-mayor and chairman of the ANC’s eThekwini region stands accused of, among other things, illegally influencing the awarding of contracts to the value of R430-million involving the removal of waste in eThekwini townships while she was mayor.

She is currently out on R50,000 bail, having been arrested and charged in May 2019 for her alleged involvement in the fraud.

Gumede was removed as mayor in August 2019 on the grounds of “poor performance”, but remained a proportional representation councillor in the eThekwini municipality.

On Wednesday, she was sworn in as a member of the provincial legislature.

Zikalala said Gumede’s presence in the council had “impaired” the functioning of the municipal executive.

Gumede’s shift to the legislature sees her salary double overnight, from about R512,000 per year as a councillor to R1,1-million as an MPL, with several perks on top of it.

“As an organisation we must balance challenges we face and navigate the space. The redeployment of Gumede to the legislature is not the best of everything. It is only solving one problem with another problem,” said Zikalala.

He said the move was not done without the knowledge of the ANC’s top structure, the National Executive Committee (NEC).

“It might happen, for now, that the ANC is not clear on what happens with people that are charged. Society might find us confused and we respect that view. We are not undermining the national leadership of the NEC – we are a part of the leadership.

“We needed to do the deployment now because we had a position that had become vacant, and if we did not act, the IEC would have filled it [from the list of candidates presented to the IEC during the 2019 elections],” said Zikalala. DM