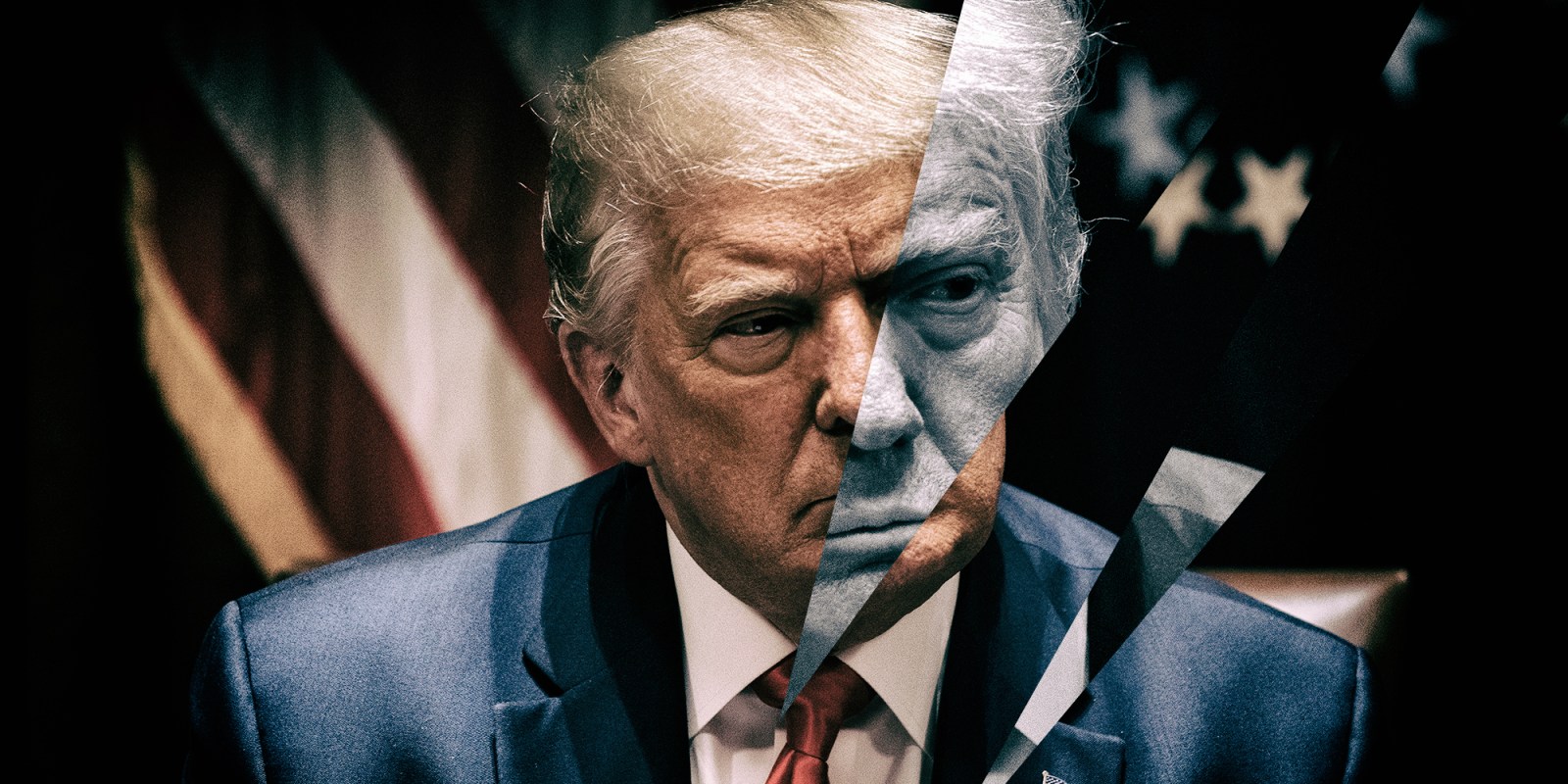 American President Donald Trump’s actions are undermining the upcoming US presidential elections in ways that citizens of Africa know all too well. It surely alarms Africa’s citizens who are struggling to sustain fragile democracies and seeking to balance equality and freedom with justice under law. Were AU leaders to protest against voter suppression in the US, much as they did the police brutality in the George Floyd murder, it would be seen globally as consistent with the ‘Black Lives Matter’ campaign.

In October 2015, The Daily Show host, Trevor Noah, regaled millions of his viewers with an African’s perspective on the leadership attributes of Donald Trump.

He juxtaposed clips of Trump praising himself with similarly narcissistic comments made by African autocrats Idi Amin, Robert Mugabe and Muammar al-Gaddafi. Noah’s satirical point was that Trump becoming US president was ludicrous. Five years later, Trump’s autocratic behaviour is no laughing matter.

Today the integrity and credibility of America’s 3 November presidential election are being undermined in ways that many Africans know all too well.

Based on their research into African electoral politics, Prof Nicolas Cheeseman and Brian Klaas cite five warnings of an African election at risk: “Organised militias [such as those Trump ordered to quell protests in Portland, Oregon]; a leader who is not prepared to lose; distrust of the political system; disinformation; and a potentially close contest.” Their conclusion: “Right now, the U.S. has all five.”

There is also plenty of evidence in America that Trump and Republican Party leaders are attempting to undermine the electoral process.

On 3 August, the Washington-based nonpartisan Transition Integrity Project released a report detailing possible scenarios for undermining the upcoming election that could precipitate a constitutional crisis.

David Frum, one of 67 former US government officials and scholars who participated in the project, writes in the Washington Post that the group believes the greatest uncertainty in 2020 US electoral politics is “presidential lawlessness”.

Trump’s actions may comfort African autocrats who routinely rig their elections. But it surely alarms those leaders across Africa struggling to sustain fragile democracies while seeking to balance equality and freedom with justice under law.

At the level of pan-African norms, Trump’s behaviour conflicts with still-fragile democratic principles and processes affirmed and enshrined in the African Union’s Constitutive Act, and accorded limited but important operational expression under the African Charter on Democracy, Elections and Governance.

Many of us also assume that democratic values are foundational to any attempts at realising the AU’s ambitious Agenda 2063.

Africa’s leaders have yet to express concern about the rising risks of electoral abuse in the US, which in normal diplomacy is an off-limits domestic affair. Yet there is a recent case of Africa protesting US domestic civil rights abuse – that of the 25 May murder by police of George Floyd, in the mid-west city of Minneapolis, Minnesota.

Public demonstrations quickly spread across Africa and around the world under the banner “Black Lives Matter” (BLM).

African nations share with BLM practical interests regarding police brutality. Dr Jendayi Frazer, Assistant Secretary of State for African Affairs under George W Bush, in “Why African Nations Support U.S. Anti-Racism Protesters”, names several African immigrants who were recently killed by police in America, and references African countries currently attempting to tame police brutality. Frazer also reflects briefly on parallels between structural racism in the US that she encountered in South Africa during her tour as US ambassador.

The erosion of hard-earned rights for African Americans should concern Africans and minorities in other nations. Were AU and national leaders to protest voter suppression in the US, much as they did the police brutality in George Floyd’s murder, it would be seen globally as consistent with the “Black Lives Matter” campaign.

Historically, white racism in America has been a legitimate international concern. One of the many far-reaching effects of racial discrimination has been the disproportionate suffering and losses of income among black immigrants in America and elsewhere that has cost African countries billions of dollars in lost remittances.

The BLM campaign nationally and internationally, since the death of George Floyd, raises a second issue more in need of attention than police reform – the guarantee that “Black Lives Matter” is an enforceable guarantee of equal voting rights for all citizens.

Trump has framed the 2020 Republican Party campaign as a choice between democracy and whiteness: what historians refer to as ethnic nationalism vs civic nationalism. Inclusive voting rights is a powerful deterrent to racial, religious, or ethnic discrimination.

All diverse nations struggle with these issues. In America, however, they have been largely resolved among white ethnic and religious factions, but not inter-racially. Trump’s explicit appeals to white racial nationalism may be unprecedented for a US president.

African governments and the public should make their interest in how Americans resolve this dilemma clear and compelling. This shouldn’t be construed as interference in America’s internal affairs. Racial injustice in America has been a legitimate international concern since the country’s founding, and the constitutional sanctioning of slavery.

The erosion of hard-earned rights for African Americans should concern Africans and minorities in other nations. Were AU and national leaders to protest voter suppression in the US, much as they did the police brutality in George Floyd’s murder, it would be seen globally as consistent with the “Black Lives Matter” campaign.

Democratic Party nominee, Joe Biden, has already promised to make stronger voting rights a priority if elected – a promise he could advance immediately while also attempting to deal with overriding public health and economic crises.

In the spirit of BLM and Africa’s democratic aspirations, AU leaders can usefully press too for the quick passage of the John R. Lewis Voting Rights Act to rectify recent curtailments of voting rights, especially in poor black communities.

Recently released recommendations by the independent National Commission on the Practice of Democratic Citizenship provide a relevant road map for other electoral reform measures that should be pursued and could be useful references for democratic experiments abroad.

A second BLM concern that is widely shared across Africa is opposition to vaccine nationalism. This could deny African and other poor nations access to affordable Covid-19 vaccines and therapies. The pandemic’s disproportionate impact on African Americans has parallels in poor communities across Africa. Denying Africa fair access to adequate supplies at affordable prices to control the spread or resurgence of the coronavirus can be portrayed as tantamount to a crime against humanity.

Another BLM priority is police reform, which is also a hot issue in many African countries. There are limits to the extent that a president can effect local police reforms, but BLM has succeeded in defining this as a national problem that deserves better federal standards, including reform requirements and assistance.

The long history of US police and security assistance would benefit both sides if reassessed through a BLM lens. The Biden campaign offers broad ideas for justice reform.

Finally, and most importantly, the BLM campaign in the US and Africa is demanding greater efforts to redress ‘structural racism’ that perpetuates unequal access to education, employment, health care, housing and other essentials.

On 28 July, Biden presented a framework, “Racial Economic Equity”, that pledges to begin to address these issues, within his broader economic strategy – “Build Back Better” – to deal with the current crisis.

Naming a black woman, Senator Kamala Harris, to be his running mate adds credibility to his promises, which will be enhanced if polling forecasts of a major Democratic victory hold.

Africa’s stakes in the outcome of this US presidential election could also be historic. DM

John Stremlau is Honorary Professor, Department of International Relations, University of the Witwatersrand.