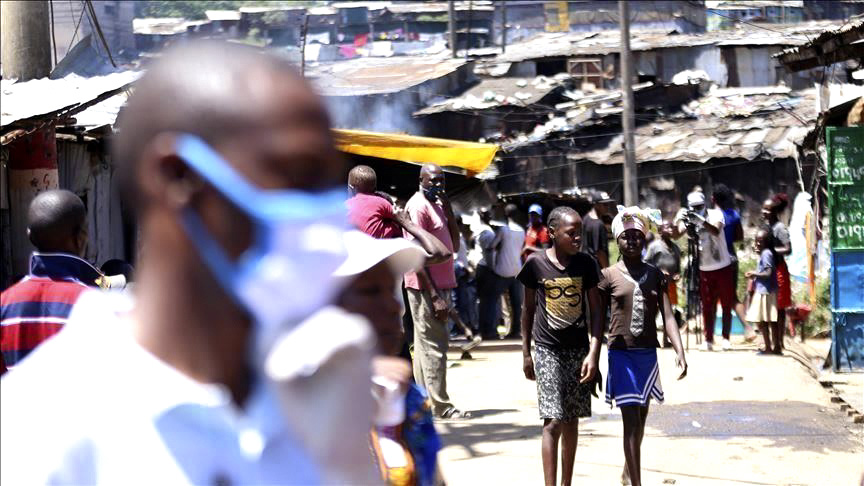 The Southern Africa Human Rights Roundup is a weekly column aimed at highlighting important human rights news in Southern Africa. It integrates efforts of human rights defenders and facilitates evidence-based engagement with key stakeholders, and institutions on the human rights situation across the region.

The weekly roundup is a collaboration between the Southern Africa Human Rights Defenders Network and Maverick Citizen.

Zambia recorded its first two cases of the Covid-19 virus on 18 March 2020. At first, the virus appeared to be contained but gradually, as the number of local transmission cases increased, the virus increased exponentially. According to the latest official statistics, Zambia has recorded a total of 10,372 cases of Covid-19 (by 21 August) with the official number of Covid-19 related deaths at 274.

Zambia is hitting the peak of the pandemic.  Yet the government has announced that there will be no lockdown, so as to avoid curtailing the means of survival for ordinary Zambians. This is because the majority of Zambians live from hand-to-mouth, a situation now made worse by the Covid-19 pandemic.

So far, we have been very lucky. We are not seeing apocalyptic numbers of deaths and our health facilities are just about coping with the numbers of the sick. Only a few months ago, in May, President Edgar Lungu announced that the government was advising citizens to follow the health guidelines laid down. He talked about “transitioning to a new normal”. But effectively our “new normal” meant each man for himself and God for us all.

Whilst the jury is out on whether the official figures tally with the actual numbers, it appears that the pandemic in Zambia is being managed reasonably well. Despite a shortage of protective clothing and testing kits, the health facilities are generally adequate.

However, as with many countries across the globe, the pandemic has also created an opportunity for political expediency that has had a detrimental effect on the human rights situation in the country. This is in the context of the fact that Zambia will be going to the polls to elect a new government in 2021.

All roads lead to 2021 and as a result political expediency has been the order of the day. For example, the Government has introduced two statutory instruments under the Public Health Act in order to manage the pandemic. Both are thin on the details as to how the health regulations will be enforced.

Just a few days ago the police spokesperson, Esther Mwata Katongo announced that the police would start arresting and fining people the equivalent of $US39 for not wearing masks in public. The police did start making arrests accordingly, but the Home Affairs Minister Stephen Kampyongo rescinded the decision days later as it became apparent that there was no legal backing for the move in the health regulations.

In terms of human rights, probably Zambia’s most well-known Covid-19 victim is Prime Television, a popular independent television station that had its broadcasting licence revoked following its refusal to broadcast government adverts and programmes on the Covid-19 pandemic for free in the midst of the economic crisis facing the country. The current Zambian government already has a history of clamping down on media freedoms following the closure of the largest independent newspaper in Zambia, The Post in 2017, and various other radio stations that have been critical of the government. The official reason given for closing the television station was that its broadcasting licence had expired.

Another casualty has been the restrictions on freedom of assembly. Public gatherings in Zambia are governed by the Public Order Act, a notorious piece of legislation whose constitutionality has been challenged several times on the basis that its provisions are arbitrary and not necessary in a democratic state. To adhere to the provisions of the Public Order Act, Zambians now have to get authority from the Ministry of Health or the Local Authority to hold public gatherings of more than five people.

These restrictions are being selectively applied. Government officials and individuals considered close to the ruling party freely hold rallies and large public gatherings without the appearance of any health and safety regulations being adhered to. Zambians have been told that government officials cannot be blamed for people following them around. This has led to many Zambians either resenting any restrictions placed on them or believing that the pandemic is a hoax.

However, when it comes to dissenting voices such as opposition political parties, the restrictions are applied with efficient (and sometimes inefficient) responses. A group of youth protestors attempted to hold a public protest on the socio-economic challenges faced by Zambian youth on 22nd June 2020. The police came out fully armed in riot gear and roamed around the streets in armoured vehicles in an attempt to intimidate the protestors into stopping their protest.

However, the quick-thinking youth took their protest to the bush and beamed it live to an audience of around 300,000 people on their social media platforms. In June there were reports of police arresting opposition members for attempting to hold intra-party elections.

As always, the hardest hit by any crisis are the poor and vulnerable. As with most countries, we are grappling with how to send our children back to school.

Like countries all over the world, our ailing economy has been further crippled by the loss of business and resulting unemployment or underemployment. The government has partnered with donors to provide social protection to the most vulnerable but with 58% of the Zambian population of around 17 million living below the poverty line according to 2015 World Bank figures, resources are stretched. There has been little done to ensure that the rights most affected by the pandemic are still protected, promoted and fulfilled and this is impacting on the overall effectiveness of the government’s response to the pandemic.

Ultimately, whilst the Covid-19 pandemic has been a universal crisis, Zambia’s is a crisis of leadership. Our government needs to put the interests of the country above partisan interests and unite the country regardless of the upcoming general elections. We need to take a human rights-based approach to tackling the pandemic specifically and to tackling governance issues generally.

Our “new normal” should leave no one behind. DM/MC

Linda Kasonde is a lawyer and human rights activist heading Chapter One Foundation, a civil society organisation that promotes and protects human rights and the rule of law. She is also an Archbishop Desmond Tutu Leadership Fellow.