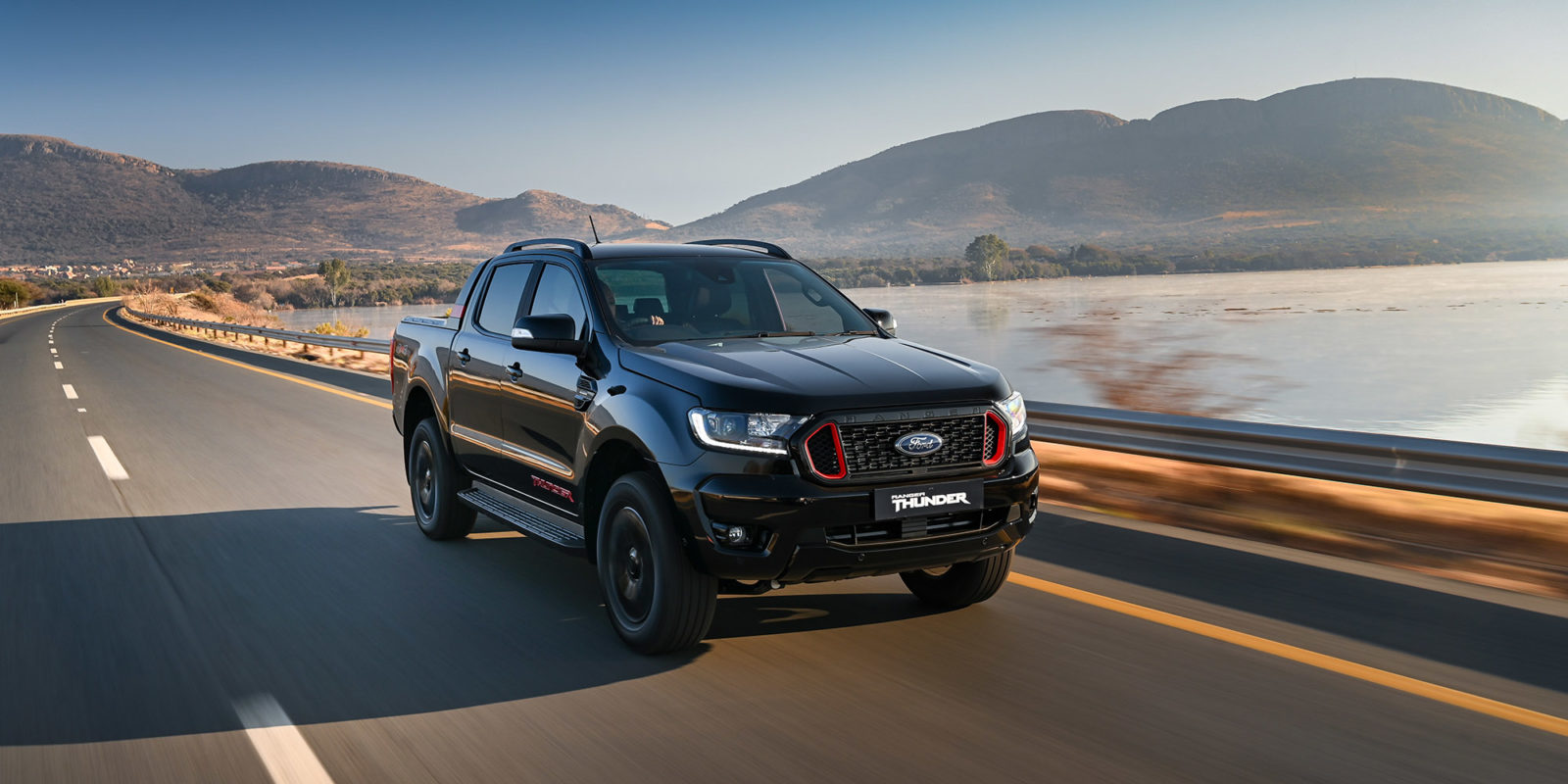 From screeching to a total standstill in April, the SA automotive industry is chugging hard to move back into first gear. But despite Covid-19 having wreaked havoc, hope springs eternal.

As we continue to witness the ongoing human and economic fallout caused by the Covid-19 pandemic, now in mid-August and close to 150 days in lockdown, taking stock of the state of the local motoring industry is a sobering exercise.

Despite alcohol being back on the table, as announced by President Cyril Ramaphosa on Saturday night, not even a tavern of now-legal drinks can soften the state in which we find ourselves. As SA’s Covid-19 infection numbers appear to be on the decrease, it’s clear that both the economic and social impact will be felt long after it’s gone.

The pandemic has severely affected the global and local automotive industry on a multitude of levels, including factory closures, supply chain disruptions and a collapse in consumer demand as unemployment wreaks havoc and debt escalates.

In March, international credit rating agency Moody’s slashed its global vehicle sales forecast by 14% for 2020. By May, the agency predicted a 20% decline.

According to the International Labour Organisation, “The forecast paints a considerably worse picture than for the 2008-09 global financial crisis, which resulted in approximately an 8% decline in the car market over two years.”

Tracking the last four months of lockdown, projections for the South Africa motoring industry look even more dire than the global outlook. In April, during the first month of Level 5 restrictions, a whopping decline of 97% was recorded as a mere 574 vehicles left the showrooms. The latest Naamsa (National Association of Automobile Manufacturers of South Africa) figures for July show a decline of 35.8 % in the total new passenger and light commercial vehicles sold year to date.

According to a spokesperson from Renault South Africa: “The motoring industry has always been critical to the South African GDP, contributing 6.4% of gross domestic product (4% manufacturing and 2.4% retail) but the crippling effect of the pandemic on retail trade has severely compromised the sector. The market has experienced record lows in the second quarter of 2020, with a drastic 71% decline in the number of new and used cars sold, financed over the same period in 2019 (TransUnion SA Vehicle Pricing Index).”

“It is safe to say that the pandemic and the subsequent lockdown has had a detrimental impact on the South African automotive industry. The inability to trade for the entire month of April, and limited trade during May, put the entire industry under immense pressure.

“However, a large part of our recovery lies in the mindset of our brand and its dealerships, and this has made a massive difference to KIA’s operations – we’re an optimistic brand that always looks for the silver lining.”

Volkswagen South Africa has over the past decade consistently been the top-selling passenger vehicle in South Africa. According to VW’s head of group communications, Andile Dlamini:

“The local car industry was already on the decline when the Covid-19-induced national lockdown halted sales and vehicle production for over five weeks. Volkswagen’s sales performance during the first half of 2020 has been steady, thanks to the locally manufactured Polo and Vivo which have been the best-selling passenger models in the local market this year. We forecast that the overall 2020 local passenger car sales will be 235,000 units, a decline of 34% compared to the previous year.”

“The overall July 2020 market decline of 35.8%, compared to July 2019, is a cause for concern. That said, Toyota has managed to maintain a steady market share, registering 23% in July. This figure proves that in these tough and uncertain times, people buy the brands they know and trust.

“Retail conditions are tough and consumer sentiment is cautious and conservative. However, the recovery of the automotive market will most likely depend on how quickly the economy can be resuscitated from the Covid-19 doldrums. We expect the 2020 domestic market to contract by 30%, compared to 2019 – mainly due to sales lost in April and May because of the hard lockdown.”

With consumers severely cash-strapped, a buy-down trend has emerged over recent months, with many customers delaying premium purchases, opting for less pricey options or entering the used car market.

“Where we are seeing a drop-off is in the conversion of finance applications,” says KIA’s Gary Scott.

“Approval rates are down, due to consumers’ credit ratings being directly affected by the lockdown, and temporary difficulties in meeting the validation criteria set by the banks, such as payslips for the lockdown period. This is aggravated by notably reduced consumer confidence, which means the take-up ratio of approved financing is also down.”

Unlike during the 2008/2009 financial crisis, premier brands have been hard hit during lockdown.

“Covid-19 has had an undeniable impact on the Jaguar Land Rover business on both global and local levels,” says Richard Gouverneur, MD of Jaguar Land Rover South Africa and sub-Sahara Africa, “but we’re already seeing some encouraging progress in other markets which we expect to be mirrored in South Africa.

“The solid recoveries we’ve seen in markets which relaxed lockdown levels early on, are also emerging locally, with May and June having shown a stronger than expected recovery, which augurs well for the balance of the year.”

According to Gouverneur, in other global regions, survey results show that just 2% of prospective car buyers no longer plan to buy a car because of the pandemic.

“But if we focus on the premium market segments in which we participate, sales were down around 45% for the first half of the year, versus 2019. JLR South Africa expects this market to be down 35% for the full 2020 calendar year. We also believe that premium vehicle customers are more resilient to the budget constraints inflicted by Covid-19, and in South Africa, the Range Rover Sport has been our best seller for the past three months.”

The car rental market has all but been decimated during lockdown, with tourism and leisure travel having ground to a standstill. Fleets of vehicles have entered the second-hand market as asset-intensive car rental companies, carrying huge operational debts, desperately try to address their revenue losses.

“The rental channel where the Polo, Kombi and Vivo are amongst the most popular models has been impacted by the domestic and international travel ban especially for inbound tourists,” says VW’s Andile Dlamini.

“We remain positively hopeful that the vehicle rental business will pick up now that the local travel ban has been lifted.”

KIA’s Scott adds that the initial forecasts from the rental industry were that there would be no purchases for the remainder of the year.

“De-fleeting has been somewhat tempered by the realisation that the inevitable (at lower volumes) re-fleeting will be at higher prices. Lifting tourism out of lockdown is the key. KIA is less exposed here, as we derive a greater percentage of sales from retail than other sources, relative to market.”

Additionally, most brands in the local motoring industry have identified the value of digital marketing and sales strategies, adapting to the “new normal”.

“We’ve had to be resourceful with the implementation of virtual launches in order to meet the ‘new norm’s’ conditions to engage with motoring media. The virtual launch of the Megane was extremely successful, despite the notable absence of track activity to experience the power of this phenomenal vehicle first-hand.”

The 12th generation Corolla sedan, historically one of Toyota’s most successful vehicles, was digitally launched in April, while the much-anticipated compact SUV, the VW T-Roc was premiered online in June and goes on sale from November.

Last week Ford Motoring Company of Southern Africa went all out with its big-budget Facebook Live launch of the Ranger Thunder, the latest addition to its best-selling bakkie range.

The much-awaited new Landrover Defender also made an impressive virtual splash during its online launch at the beginning of August.

“Deliveries have already started to ramp up in South Africa and we expect the strong demand to continue right through to 2021 when the new Defender 90 arrives.”

So, while both the human and economic casualties of Covid-19 become more evident, this time of enforced isolation has driven the industry into deep introspection, adjusting targets and strategies. More questions than answers have emerged.

With so many people working from home, spending less time in their cars or transport systems, will customers’ perceptions change around their mobility needs and vehicle aspirations?

Will car sharing become a thing of the past as people maintain social distance?

Will public transport users shift to walking and cycling where possible?

Will consumers postpone vehicle purchases, and elect to increase savings as they anticipate challenging times ahead?

The upside of this crisis has been in the adoption of innovations and the transition from old, outdated systems. One thing is certain – Covid-19 has irrevocably changed the way we understand mobility, reshaping societies across the globe, from human interactions with cars and dealerships to our ideas around travel, to the very way in which we live. DM