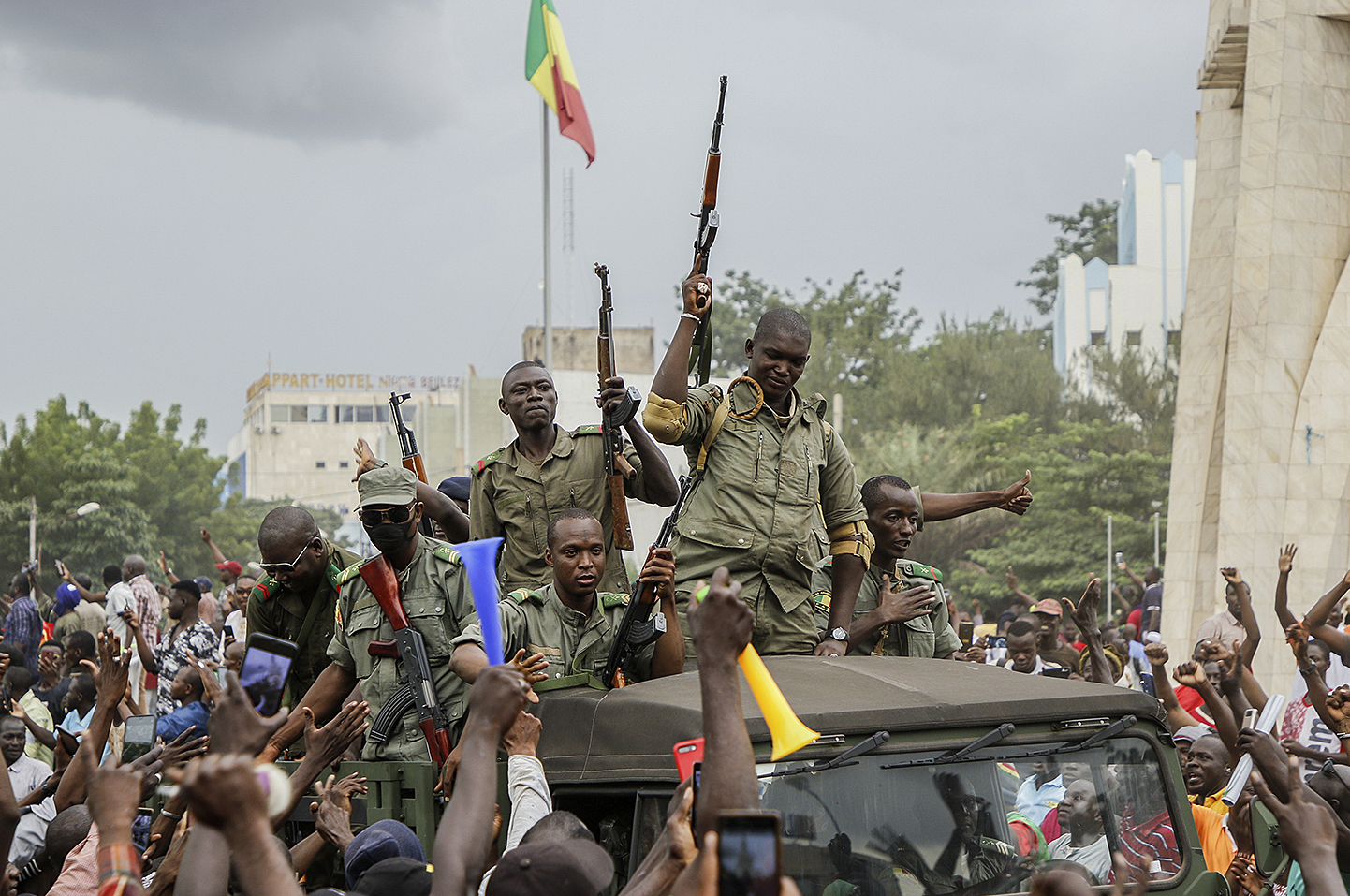 BAMAKO, Aug 19 (Reuters) - Soldiers who ousted Mali's president and government in a military coup that drew condemnation abroad promised on Wednesday to restore stability and oversee a transition to elections within a "reasonable" time.

President Ibrahim Boubacar Keita resigned and dissolved parliament late on Tuesday hours after the mutineers detained him at gunpoint, plunging a country already facing a jihadist insurgency and mass protests deeper into crisis.

It was still not clear early on Wednesday who was leading the revolt.

But a spokesman for the mutineers, calling themselves the National Committee for the Salvation of the People, said they acted to prevent Mali from falling further into chaos.

The coup was quickly condemned on Tuesday by Mali’s regional and international partners, who fear Keita’s fall could further destabilise the former French colony and West Africa’s entire Sahel region.

Shates in two gold mining companies operating in the country fell sharply on Wednesday, as they sought to reassure investors that their operations were not affected.

“Our country is sinking into chaos, anarchy and insecurity mostly due to the fault of the people who are in charge of its destiny,” he said while flanked by soldiers in a statement broadcast on state-owned television.

“We are not keen on power, but we are keen on the stability of the country, which will allow us to organise general elections to allow Mali to equip itself with strong institutions within the reasonable time limit.”

Late on Tuesday, anti-government protesters had poured into a central square in Bamako to cheer the mutineers as they drove through in military vehicles.

The capital was far quieter early on Wednesday, with few civilians on the streets most shops in one residential area still closed amid evidence of overnight looting.

Videos circulating on social media showed Malians running unchecked through luxury compounds in the city, including properties identified as belonging to Justice Minister Kassoum Tapo and Keita’s son Karim. It was not immediately possible for Reuters to authenticate the footage.

Landlocked Mali has struggled to regain stability since Tuareg uprising in 2012 which was hijacked by Islamist militants linked to al Qaeda, and a subsequent coup in the capital plunged the country into chaos.

Keita, 75, came to power in 2013 following the Bamako coup promising to bring peace and stability and fight corruption. He won reelection for a second five-year term in 2018.

On Wednesday, European Union Industry Commissioner Thierry Breton said the bloc would insist on new elections on Mali within a reasonable timeframe, while China said it opposed regime change by force

West Africa’s 15-nation regional bloc, the Economic Community of West African States had on Tuesday suspended Mali from its institutions, and closed its member states’ borders with Mali.

Having previously warned it would no longer tolerate military coups in the region, the bloc plans to send a delegation to Mali to ensure a return to constitutional democracy.

Vincent Rouget, analyst at Control Risks Group, said the continued political uncertainty would “add to an already very high risk premium that people associate with Mali” and could pose risks for the country’s mining industry in the future.

Shares in Australia’s Resolute Mining were down 14% while London-listed Hummingbird Resources fell 8%. Both firms, along with Canadian peer B2Gold, said their Malian mines were operating as normal.

The U.N. Security Council will be briefed on Mali behind closed-doors on Wednesday at the request of France and Niger, diplomats said.

U.N. Secretary-General Antonio Guterres had on Tuesday called for the immediate release of Keita and other detainees. (Additional reporting by Bate Felix in Paris and Michelle Nichols at the United Nations; editing by John Stonestreet)