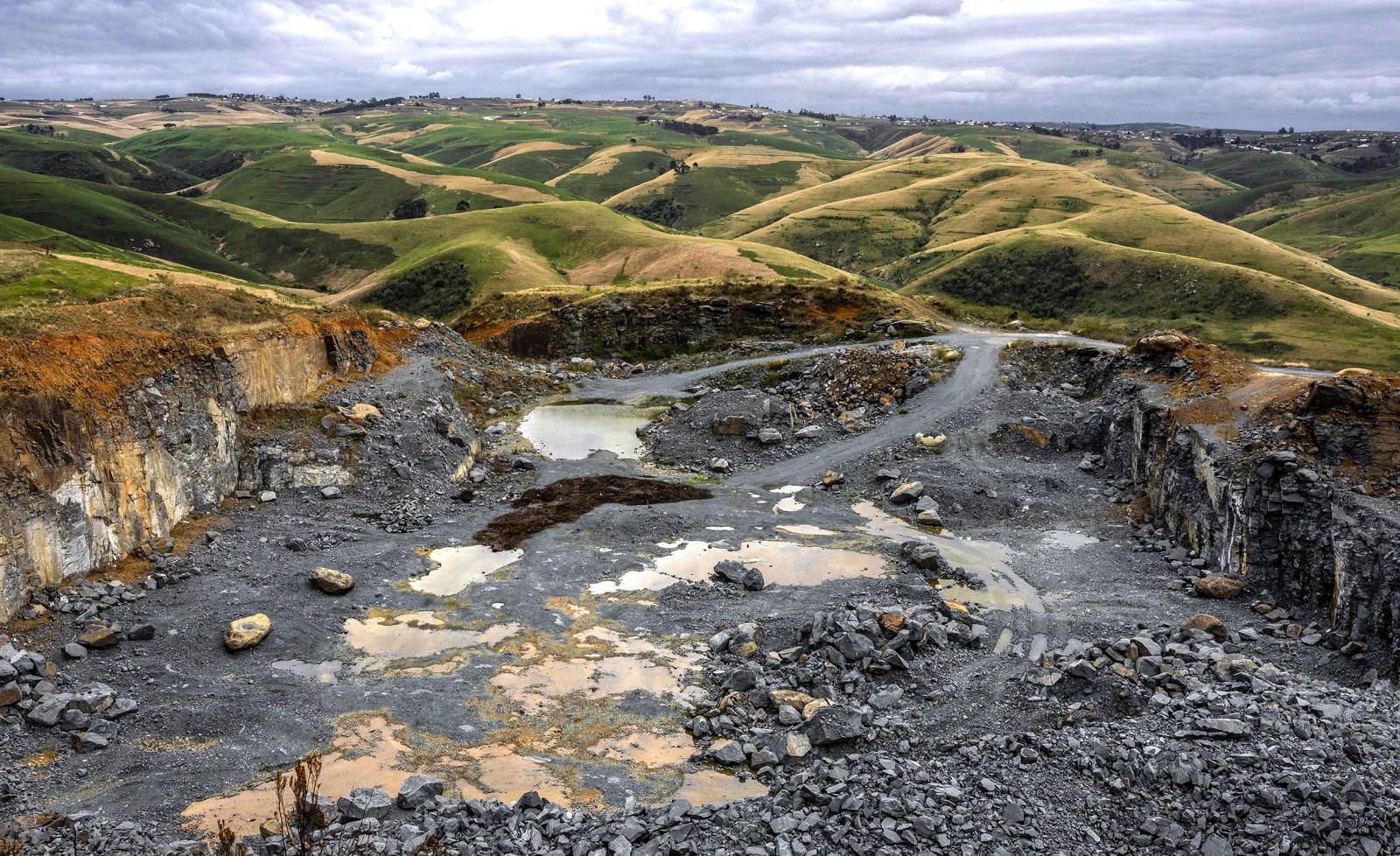 The end of apartheid and the dawn of a democratic era were meant to bring freedom and prosperity for those who had been living in South Africa’s former homelands. The so-called Independent States created by the apartheid government had for decades been sites of oppression and exploitation. However, the prospects of 1994 remain elusive for the people of the Imizizi Administrative Area, in the fertile Pondoland North region of the Eastern Cape province.

Ironically, the post-apartheid dispensation has been characterised by the further loss of land, betrayal from elected and traditional leadership and rampant exploitation from the private sector. In many ways, the experiences of the people of Imizizi highlight the fundamental failures of the past 26 years of democratic South Africa.

The Imizizi Administrative Area once consisted of 880 households spread out over 10,000 hectares of land in Pondoland. Its residents had over centuries, developed various local economies and forms of subsistence in a steady, if tenuous, relationship with their natural environment.

This societal form, like most others across Southern Africa, found itself destabilised by the arrival of colonial encroachers. By the 1960s, the region had witnessed fundamental transformations stemming from apartheid’s legalisation of land theft. These transformations changed the people of Imizizi from a subsistence and communal form of social organisation and production to one that has left them as landless serfs.

The promise of political and economic freedoms have slowly passed over the people of Imizizi. In its place, the once communally controlled land has at the behest of the ANC government, been placed in the Imizizi Communal Property Association (ICPA). Like most other similar initiatives linked to the land reform processes, it has been shrouded in mystery and serious allegations of impropriety. Its practical effects have been even more serious. Promises of economic benefits ranging from cash, to infrastructure development to social support for the people of Imizizi have yet to materialise. Instead, the ICPA has helped facilitate the destruction of land used for subsistence and spiritual practices.

An area that was once demarcated as being 10,000 hectares is now, mysteriously, considered by the state to be 4,600 hectares in size. For the people of Imizizi the lingering question is “where have the other 5,600 hectares gone?”

Here the series of “developmental” activities that have taken place over the decades give us a clue.

The Amadiba, as they are fondly known, are no strangers to infringement of mining in their community, yet their marquee challenge of Mining/Government nexus has made them acutely aware of the need to support other communities in Southern Africa facing similar challenges.

Some of the earliest forms of legally sanctioned private sector encroachment in this part of Pondoland included the establishment of sugar plantations across many parts of the region during Apartheid. This process transformed the agricultural landscape to one reliant on low paying employment in the production of a cash crop. In addition to this destabilisation, the establishment of sugar cane plantations began a process of the violation of sacred burial grounds and displacement of residents from their homes, a practice that continues despite the decline of sugar cane farming in the region.

The post-apartheid government sought to encourage “investment” in the region. This stop-start process like many other government initiatives took a while to happen, finally finding expression through a 2009 forest plantation project that was started despite significant parts of the land being designated as ancestral burial grounds. Like the sugar cane plantations, this led to the further loss of land and the means to subsist.

No financial rewards, despite plenty of promises, have reached the members of the community, nor have any of the promised infrastructure materialised.

In recent years a sand mining project has started continuing what has now been an entrenched practice of the unsanctioned exhumation of bodies violating entrenched spiritual beliefs. This sand mining, like most others in rural Southern Africa, has come along with an additional set of problems including the threat of violence for community members who challenge the destruction it brings.

It is this connection to mining, and the threats often faced by its opposition, that has drawn the people of Imizizi the support of the people of Xolobeni.

The Amadiba, as they are fondly known, are no strangers to infringement of mining in their community, yet their marquee challenge of Mining/Government nexus has made them acutely aware of the need to support other communities in Southern Africa facing similar challenges. The fact that Bizana and Imizizi are located near each other has made concrete solidarity more possible in a part of South Africa that has been left under-resourced by decades of exploitation.

The first aim for the people of Imzizi is for their newly established Imfolozi Concerned Group to challenge the sand mining in their region and assert their #Right2SayNo to mining and other forms of extractivism as affirmed by the Amadiba Crisis Committee’s 2018 High Court victory (read the judgment here).

The existence of campaigns like the Southern African Campaign to Dismantle Corporate Power offers greater opportunity for regional and global solidarity with other indigenous movements facing similar challenges.

The second immediate aim is to give light to the violations they have experienced, that have been sanctioned by the government and the traditional authorities whose salaries the state pays.

The next step, and perhaps the most important, is to reclaim their land and run it is a community and in their interest. For them, that means agriculture that is sustainable and produced in the interest of the communities’ needs. It means a respect for their traditions and practices. It means the opportunity to determine the path for themselves in line with a broader national vision.

In short, their vision is one of the realisations of the promises that 1994 offered and like their comrades in Xolobeni, they’re willing to fight for it. DM/MC

Keamogetswe Seipato is the Programme Manager of the Alternatives to Extractivism and Climate Change at the Alternative Information and Development Centre (AIDC); Maxine Bezuidenhout is a Programme Officer in the Southern African Dismantle Corporate Power Campaign Secretariat of the AIDC.