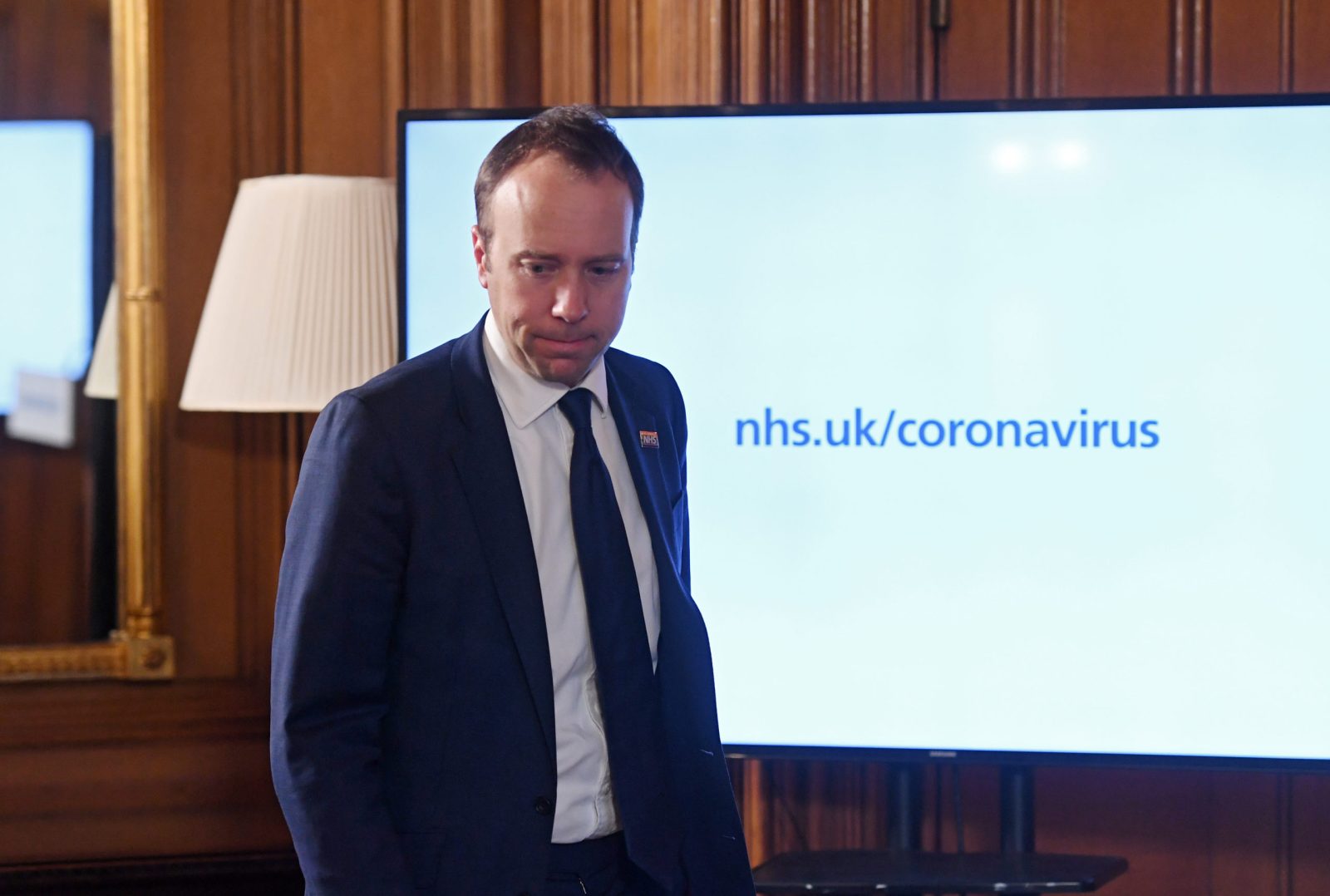 epa08290292 Britain's Health Secretary Matt Hancock during a news conference inside 10 Downing Street in London, Britain, 12 March 2020. Johnson spoke about the status of the pandemic coronavirus outbreak in the UK. EPA-EFE/FACUNDO ARRIZABALAGA / POOL

LONDON, Aug 18 (Reuters) - England will scrap the government agency responsible for responding to public health emergencies after the country suffered the highest death rate in Europe from the coronavirus pandemic.

Opposition parties and health experts questioned why Public Health England (PHE), a cornerstone of the state-run health system with responsibility for managing infectious disease outbreaks, was being scrapped with the pandemic still ongoing.

PHE will have many of its functions merged with the government’s contact tracing service into a new body to be known as the National Institute for Health Protection, which will have responsibility to protect the public health from pandemics and infectious diseases.

“I want to make sure that we have the best possible system, having learned everything we’ve learned during this crisis so far,” said Matt Hancock, Britain’s health minister.

Dido Harding, the current head of the contact tracing service, will run the new institute.

England has suffered 55,634 excess deaths from coronavirus, according to Reuters calculations, with a surge that lasted longer and spread to more places than those in other hard-hit European nations like Italy and Spain.

Public Health England has faced criticism for its initial response to COVID-19, including slow increases in testing, abandoning a programme of widespread contact tracing, and not sharing infection locations with local public health officials.

Some public health officials have accused the government of shifting the blame for their own mistakes on to PHE ahead of a public inquiry that will scrutinise the response to the crisis.

Prime Minister Boris Johnson imposed a lockdown later than many other countries, which government advisers now say led to thousands of avoidable deaths.

The opposition Labour party described plans to abolish PHE in the middle of a pandemic as “irresponsible”.

Richard Murray, Chief Executive of The King’s Fund health charity, said Public Health England “appears to have been found guilty without a trial”.

“Undoubtedly, there are questions to be answered about England’s handling of the COVID-19 crisis, but the middle of a pandemic is not the time to dismantle England’s public health agency,” he said.

Public Health England, which reports directly to the health minister, was created by a previous Conservative government in 2013 when the government carved out many of the public health responsibilities from the National Health Service. (Reporting by Andrew MacAskill and Alistair Smout; Editing by William James and Mark Heinrich)