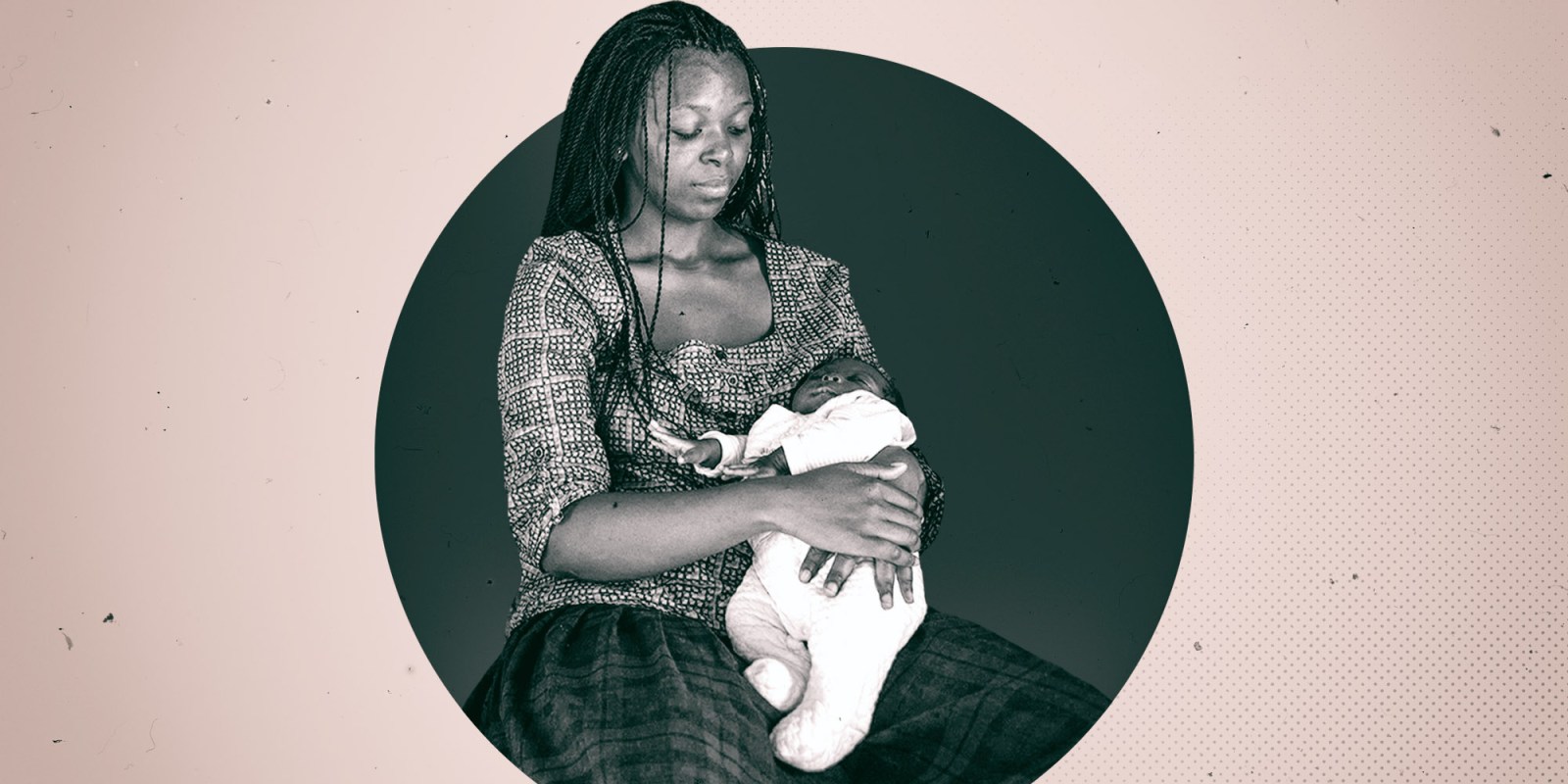 A mother with her baby in Khayelitsha, Cape Town. (Photo: David Harrison)

A universal basic income grant is a deep ideological shift towards individualism, and its material effects will lead to very deep social and cultural changes. It could change the basic structure of our economy.

South Africa is considering a basic income grant (BIG) again. A basic income grant, particularly one that pays out generously above the minimum needed to live is likely to affect the entire social security system and all social policy profoundly.

Its design and features will have effects on family life, housing, education, health, migration and settlement patterns. Its economic effects will be difficult to predict, as this grant will enable individuals to spend on themselves, and thus generate “individualist” effects that may be surprising. It will enable individual investments in consumption, education, health and housing, and these will have many multipliers.

What is important is the level at which a BIG will be paid. The sheer size of this bill will necessarily affect all other grants in the social security system, and it is inconceivable that the current system of grants will be left alone upon its implementation. The idea of a universal basic income grant will overlap significantly with all the other grants and all other social policy measures. This then is an opportunity to reform the entire social policy system in South Africa.

Recent experiments in basic income (in Kenya, Finland and elsewhere) deliver it unconditionally. Basic income avoids the highly prescriptive rule-making characteristic of previous “workfare” systems that really are oppressive on the poor. Basic income systems, as a social policy means with some effects, all emphasise a generous amount. In South Africa, this has to be pitched one order of magnitude above the current old-age grant or the disability grant. Optimists believe people would rather invest this money in health, housing and education than squander it. Receiving a regular income furthermore allows downright rational future planning.

A sufficient income will lead to a number of sociologically interesting effects, but the most impactful would be in the economy. Retail and consumption, and hopefully small business, will benefit. It would spread spending and its multipliers could outperform state spending and in this regard, a BIG will be refreshing.

We need to gain as much advantage from the BIG as possible. A BIG will affect spending on other grants by sheer magnitudes of spending, but a BIG being universal will herald changes to the grants as a system, and this would have to be progressive as the right to have access to social security will certainly be affected. Nevertheless, a universal basic income grant would be paid to all who currently receive grants, and this creates opportunities for savings in administration costs, which will be significant. This allows us to increase the value of the grant and overall benefit from the system.

However, some have argued that this grant must be adopted in addition to the current system of grants. This will significantly dilute the value of the basic income grant, allow “double-dipping” by some, and create another layer of administration. The opportunity is great to pay this grant through a cost-effective system that could combine income tax on working taxpayers with electronic payment systems. It would have to be a universal payment system and recipients should, in turn, be able to pay anyone else.

SASSA cards, for a long time, were accepted only by large retailers and this does not diversify the economy. A BIG that is implemented through a smart payment system can benefit economically important businesses like spaza shops and BBBEE-compliant businesses. We can ensure BIGs are spent on sectors – like emerging farmers or businesses – that have strategic value for the country. This would diversify the economy and strengthen socially important activities.

Retail, consumption and the informal sector will experience a boom. If all payments are electronic, all traders can be tracked and a conducive tax regime can be developed for the informal sector. Cultural life will now have the means to thrive and an explosion in culture, music, art, literature and media will certainly be seen. Sport will benefit and individuals will have the means to secure their own participation.

A universal basic income grant is a deep ideological shift towards individualism, and its material effects will lead to very deep social and cultural changes. Economically, it could really change the basic structure of the economy, and this would follow consumption and here, clear impacts on the Human Development Index will be seen.

The grant and the individualist logic accompanying it will give decision-making power to individuals who would eclipse the character of the national health insurance (NHI) as a state institution operating on a public expenditure or taxpayer-funded logic. This will have accountability and governance effects. A BIG will strengthen people’s own volition in shaping their own health and this might have deeper health effects than building more state hospitals that function under an administrative logic.

We can also expect a dearth of applicants for public works schemes in the wake of a BIG. This would allow the local governments to professionalise and upgrade their civil engineering services and avoid creating menial jobs. In the fields of politics, a BIG will certainly be an antidote to petty patronage relations in townships. People will not have to depend on the local councillor for their place in the CPWP or to put bread on the table.

A universal grant will also have deep effects on water and electricity, and related municipal service payments. It will certainly not eliminate the problem of non-payments, but people would be able to enter into a better client-provider relationship with municipalities. As in the case of healthcare, they would have an influence over the service they receive as they are paying for it.

Education will see similar changes – even under the current inequality-creating educational system – as poorer schools will now be able to raise their own funds from parents. Parents can now also have greater oversight over the school as they are paying for it.

A universal basic income grant is a deep ideological shift towards individualism, and its material effects will lead to very deep social and cultural changes. Economically, it could really change the basic structure of the economy, and this would follow consumption and here, clear impacts on the Human Development Index will be seen.

The grant will also certainly lead to higher taxation rates for everyone, but it will also enable a leaner and less commanding state. It would, however, bring very stable patterns to the economy and the benefits of this are significant. It would certainly be far from wasteful. BIGs are in fact a means to build societies and human dignity in a universal way. Social and health policy can now enable the recipient of services to control it, and their own human development, in a directly material way.

A BIG will also enable us to contemplate and reflect on the entire South African social security system. It is one of the world’s oldest and most exemplary systems, but only the Child Support Grant has seen deliberate reform. It illustrates the sublime beauty of caring, but also the inadequacies of the system. Francie Lund designed this grant with the really progressive idea to follow the child and this empowered many women in South Africa. The tear in the eye is its very low real value.

A universal basic income that also reaches children, or at least both of their parents, will bring great dignity to this very important part of our society. A generous basic income grant will enable people to invest in their own and their children’s human development. This can be done in the most efficient way as the person themselves will control this. The socioeconomic benefits of this are immense.

This will be a grand gamble, and the rewards might just be what we need. DM

Dr Naudé Malan is senior lecturer in Development Studies at the University of Johannesburg and convener of iZindaba Zokudla that aims to create opportunities for urban agriculture in a sustainable food system in Soweto.