uLerato’s Playbook: Smart, but not all that unfamiliar 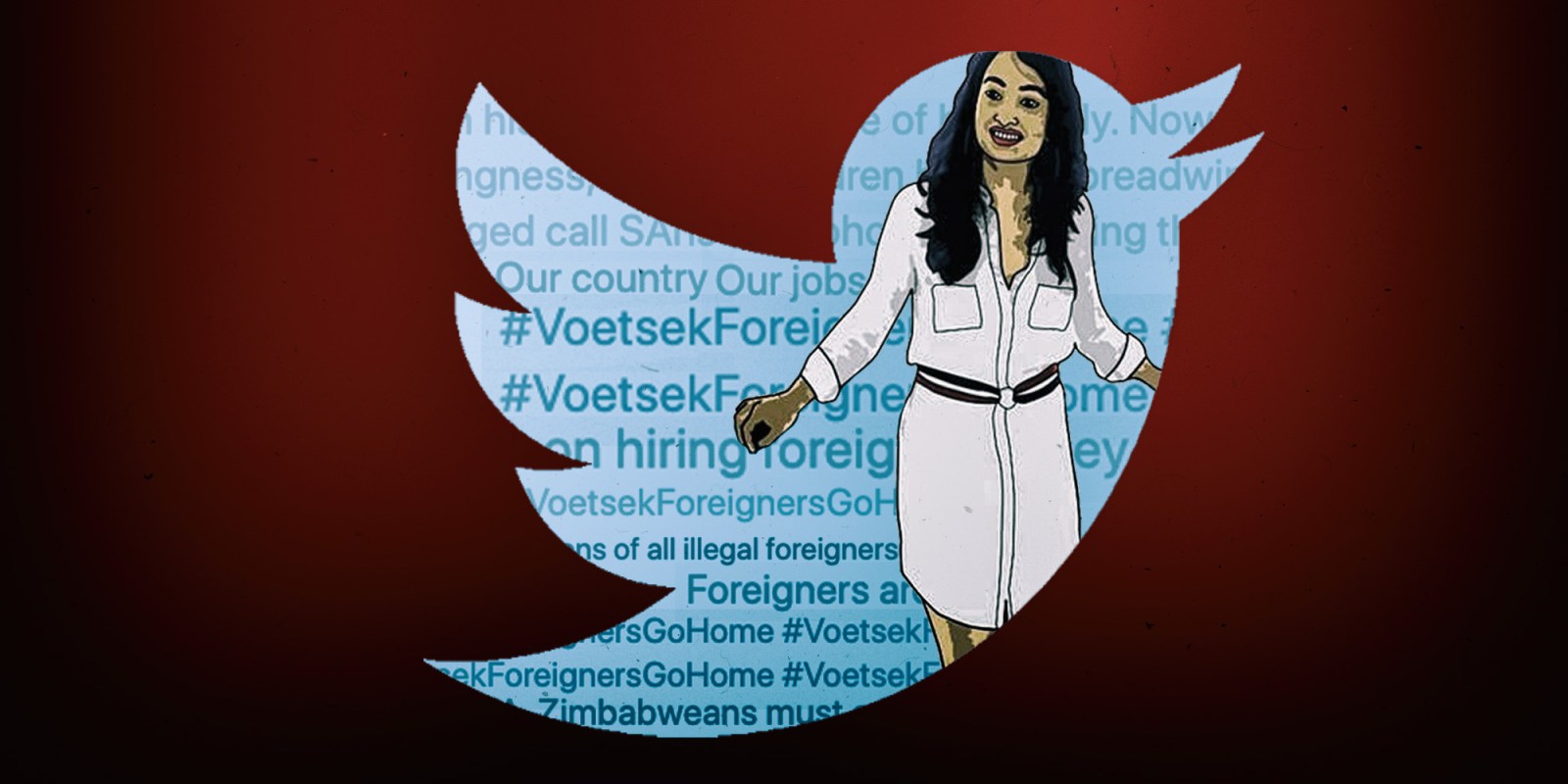 uLerato seems to be emerging is a movement that is corralling and orienting people’s anger towards a target.

The uLerato feed suggests a clear sense of betrayed hope, like many of the xenophobic discourses that have emerged over the past few years.

“You can see this sense of bereavement oriented towards political leadership (everyone but the DA, from what I saw) and towards immigrants,” says Dr Loren Landau of the Wits African Centre for Migration and Society.

“In some ways, the sites seem to channel real and justified frustrations with the pace of transformation, corruption and betrayal. It has always surprised me that this level of anger has not translated more firmly into political movements in the past.”

What now seems to be emerging is a movement that is corralling and orienting people’s anger towards a target.

“My fear here is that this site, new political movements, and even officials themselves have seized upon immigrants as that target.”

But, even more worrisome is how few within the political establishment or elsewhere seem to recognise this danger. Those who do speak out are labelled as being in cahoots with foreigners because they are white, economic elites, or foreign themselves.

Landau says the feed seems to be a sophisticated web of influencing akin to the Russian efforts to seed distrust in Hillary Clinton during the 2016 US election.

“The advantage of a campaign like this is that it requires little funding and there need be no paper trail. People desperate for followers and visibility sign up and engage in ways that elevate the message and its visibility.”

“In both cases, the idea is not to overtly lead a campaign, but to plant ideas among susceptible populations/people and let them do the rest. It allows deniability since no single tweet or message is itself overtly inflammatory, but it nonetheless generates doubts, sentiments and convictions.

“This continues a line of policy influencing we’ve seen in South Africa (land redistribution and the Bell Pottinger campaign) and elsewhere.

“The sophistication – or at least the extent of this campaign – suggests there is also someone out there looking to benefit by mobilising discontent.”

A social media analysis suggests it is doing what it does “safely” enough to avoid falling foul of Twitter’s community standards. This is an interesting take as uLerato seems to fool and lure onside those that are not necessarily genuine xenophobes (more disenchanted with the political leadership/corruption and so on).

“This seems straight out of the contemporary playbook of extremists of all stripes, to somehow channel discontent by naming it and embedding it in a system of causality and meaning.

“Whether it’s ‘plandemic’, QAnon, or xenophobia, the trick is to meld facts with soft or somewhat plausible fictions in ways that people inclined to support the conclusions of the conspiracy can piece together.

“The advantage of a campaign like this is that it requires little funding and there need be no paper trail. People desperate for followers and visibility sign up and engage in ways that elevate the message and its visibility.

“That said, these sorts of initiatives speak to concerted action. What they’re after is unclear, but you can be sure they’re after something and are willing to put South Africa’s security and social cohesion at risk to get it.” DM