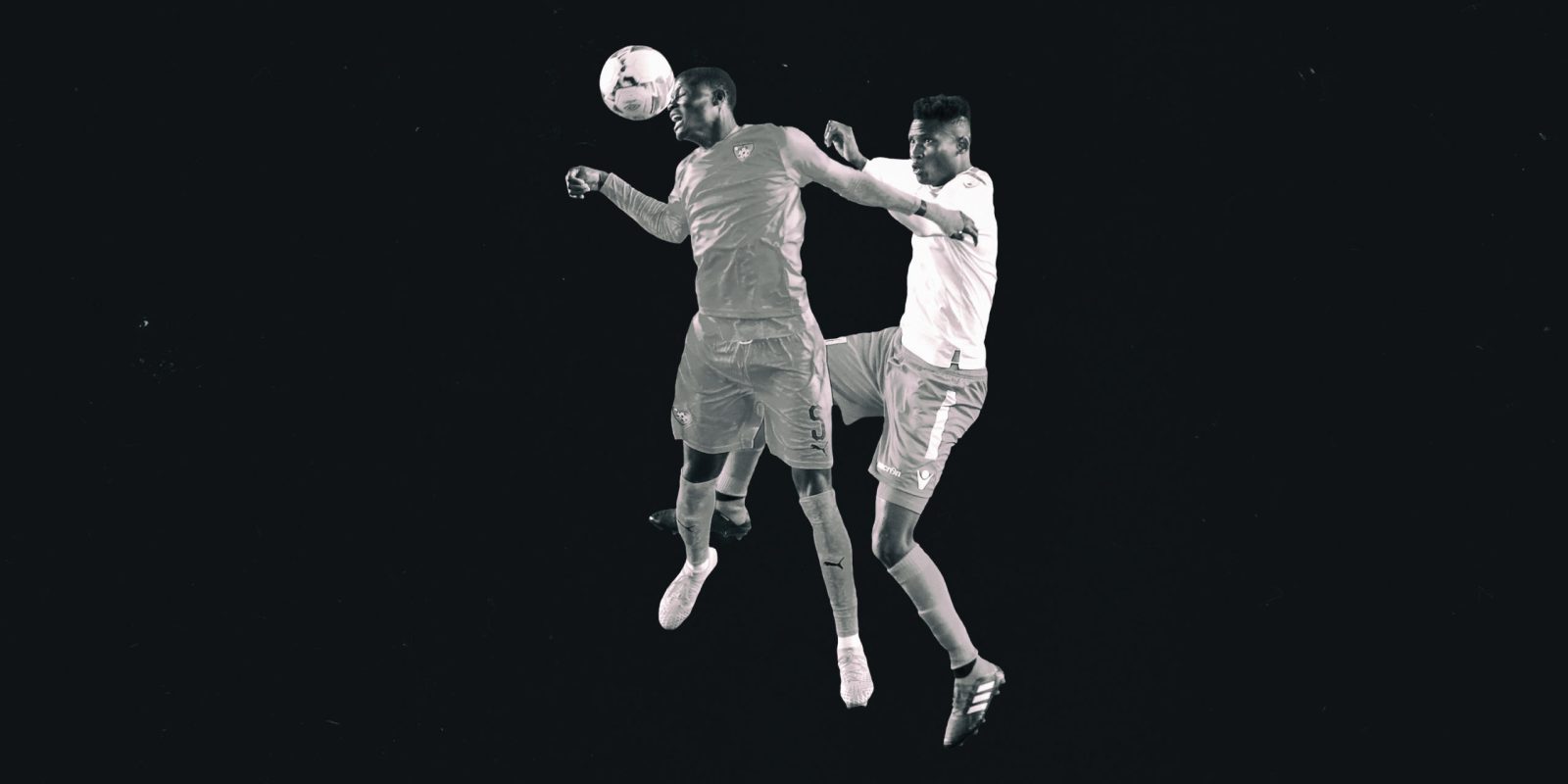 This is a summary of the trending, highest impact, and most active themes and their narratives related to social cohesion and division in South African public-domain social media conversations on 17 August 2020.

While conversations about black identity and the unequal treatment of black people trended at number one under the top topics by volume on Monday, some users found the time to celebrate the artistic talents of a group of black dancers. Issues of race indicated some of the divisions among South Africans, until one user pointed out that all races were united in their opposition to one particular party.

@iamjamoola shared a video of a white man being forcefully arrested at an airport: “Did he just say “you’re (expletive) treating me like I’m black person” 😳.” This tweet generated over 18,300 retweets and nearly 54,900 likes. Shortly afterwards, @jrdanrachel quoted this post in a retweet: “yes he did. because they know how black people are treated. they just pretend they don’t.” This was retweeted over 93,400 times and liked over 242,100 times by Tuesday morning. 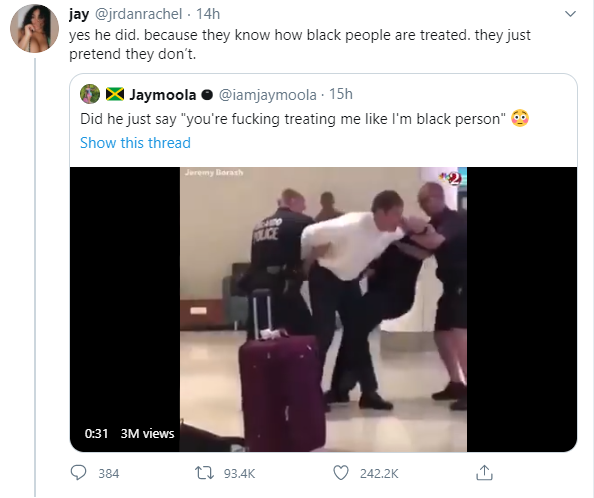 @RealLwaziMsomi tweeted: “It worries me how Black People still haven’t figured out social distancing and the importance of wearing a mask. #Level2regulations #dlaminizuma.” @Karabo_Mokgoko rejected this assertion in a retweet: “Black people? Oh honey, I’ll tell you the people that invade my space in shops aren’t black.” This post received 133 retweets and over 600 likes.

As the day’s conversation progressed with many narratives developing along distinctly racial lines, some Twitter users expressed their appreciation for black culture and beauty. 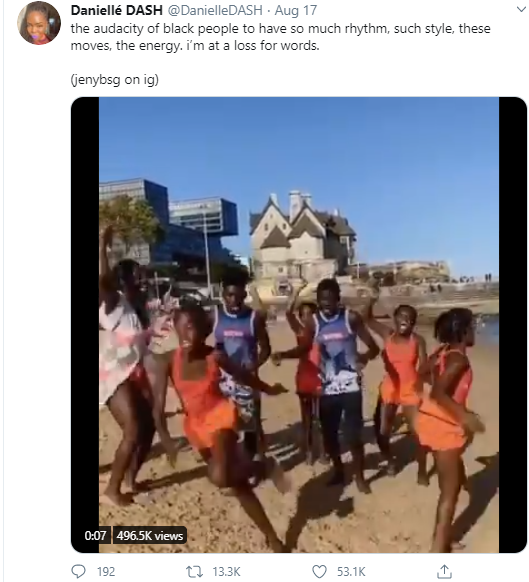 @DanielleDash shared a video of young black people dancing on a beach: “the audacity of black people to have so much rhythm, such style, these moves, the energy. i’m at a loss for words. (jenybsg on ig).” This tweet was well received, with over 13,300 retweets and 53,000 likes by Tuesday.

The hashtag #VoetsekANC has received considerable attention in recent weeks. Many Twitter users have used it to express their frustrations with the ruling party. On Tuesday @ChristoConradi1 tweeted: “Did you notice? #VoetsekANC is used by Indian, Coloured, Black and White alike?” This post generated 181 retweets and 578 likes.

Conversations around issues of race on Monday reflected how they can be transcended to become a unifying force – or used divisively, just as easily.

As South Africa prepares to reopen the economy with a move to Level 2 lockdown, issues surrounding employment trended heavily on social media.

Two similar tweets gained significant traction on Monday: “It will end in a graduation gown and a permanent job.” @Coll3n21 included 35 candle emojis in their post. The post, written by @Amand_Radebe, included a heart and a crying face emoji. Together, the two posts received 4,000 comments and retweets, along with 18,000 likes by Tuesday morning.

Professional photographer Slebz Collen authored a post stressing the importance of young professionals in the workplace. He pointed out: “South Africa has a tendency of not trusting it’s young people with important work,” and implied that they were undervalued for “how incredible we are in our respective fields”.  His post resonated on Twitter and received 1,000 comments and retweets and 3,000 likes. All comments agreed with his post: “they don’t care about the youth”, “young people are often not provided a safe space” and “this is the truth”.

With more than 1,000 likes, @MrHandsome_ZA authored a tweet with this advice: “to the unemployed don’t give up your time is coming… stop the “why me” in your mind it’s not good for your health. To those going to work please hold on to your job don’t be discouraged by toxicity.” Most comments gave thanks for the post.

A tweet authored in the USA received some attention in South Africa, presumably connected to the move to Level 2 lockdown. @TimRunsHisMouth wrote: “It’s time for everything to open up and everyone to go back to work.” By Tuesday this tweet had received 600 retweets and comments and 2,000 likes. Opinions expressed in the comments were divided. Some users agreed with “opening up and things returning to normal”, with one noting: “My husband had been at home for 5 months and he’s driving me nuts.”

Others said that the author should “listen to healthcare workers, scientists, and doctors” and that “ if you really understood the situation you wouldn’t feel this way”.

As national economic considerations compete with physical distancing measures to keep the coronavirus from spreading, social media users remain divided over whether the decision to move to Level 2 was the correct one.

As the pandemic continues to cause hardship and despair for many, the sheer energy of young talent brought some relief and inspiration, giving South Africans something to celebrate. 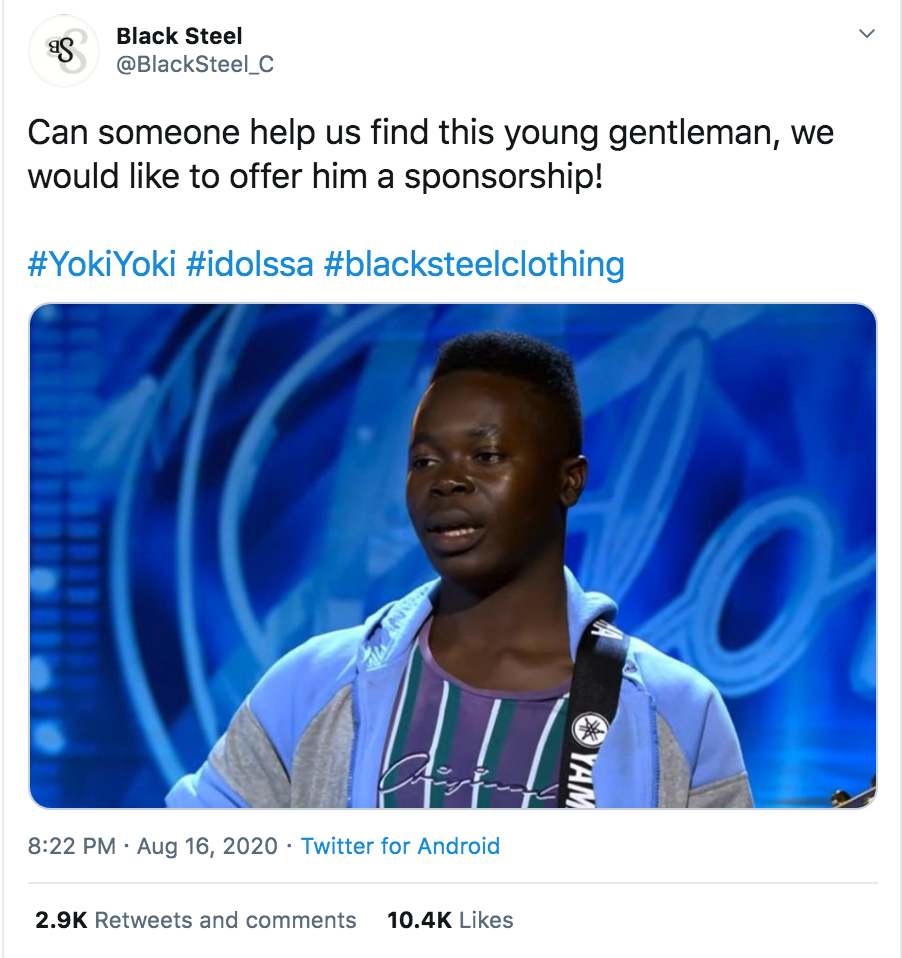 Idols contestant Vhudie Mamphwe became a South African sensation after his Idols audition went viral. Clothing brand Black Steel tweeted: “Can someone help us find this young gentleman, we would like to offer him a sponsorship! #YokiYoki #idolssa #blacksteelclothing.” The tweet received over 10,300 likes and 2,900 retweets. 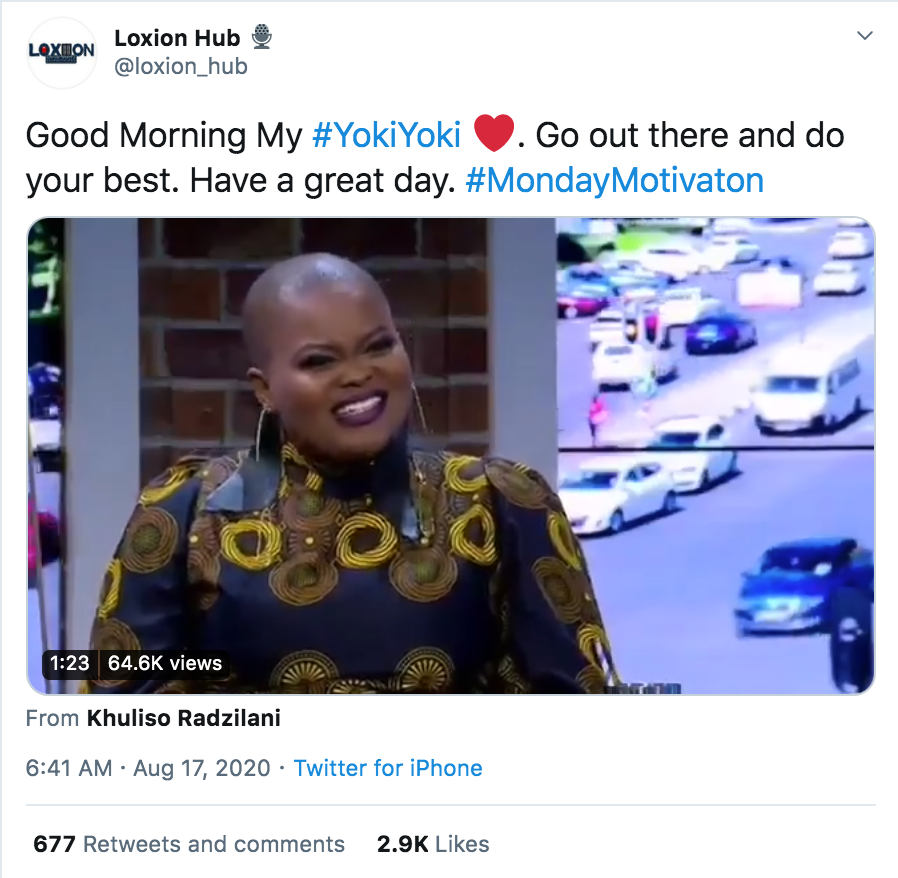 Two entertainment companies sent Vhudie a shout out on their social media platforms. Loxion Hub posted, “Good Morning My #YokiYoki. Go out there and do your best. Have a great day. #MondayMotivaton” and included a video of his Idols audition. The post received 64,300 video views,  2,900 likes and 674 retweets. A shoutout tweet by Ambitiouz Entertainment garnered over 2,200 likes and 174 retweets.

As some sports return to the field, soccer fans expressed their delight on social media after Cape Town City beat Mamelodi Sundowns 3-2 in the Absa Premier Cup on Monday.

@Cellular_ZA tweeted: “RETWEET this tweet if you love what Cape Town City are doing to Sundowns… ✌🏾✌🏾 #SSDiski #AbsaPrem,” receiving over 1,700 likes and 880 retweets. Dr Tumi posted: “Friends of Cape Town City.” The tweet received over 1,100 likes and 180 retweets, with comments including happy responses and gifs of people dancing as soccer fans celebrated Sundowns’ defeat.

It also seems that many sports-loving South Africans cannot wait for matches to resume normally. DM