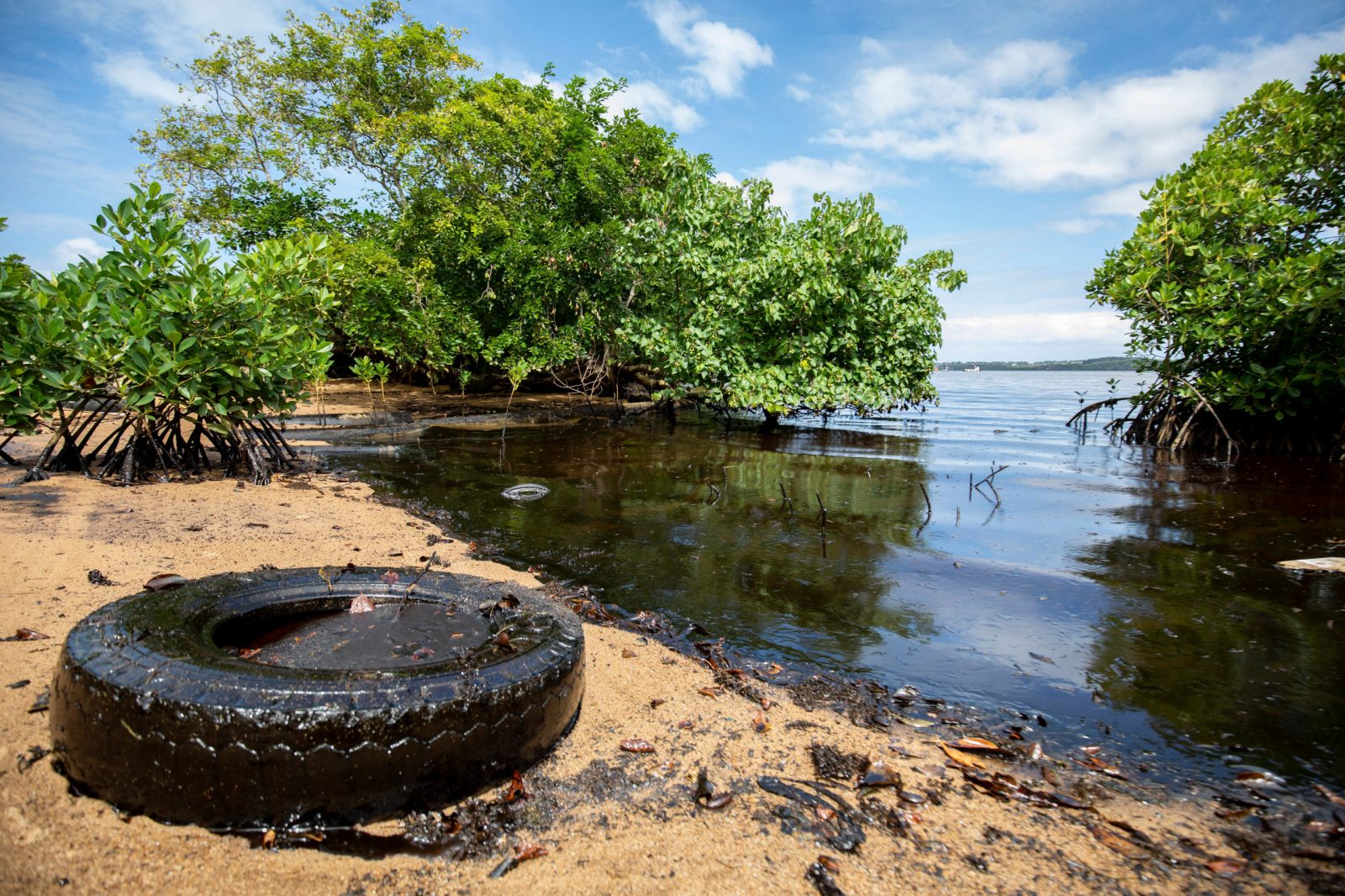 A view of oil washed up on a beach from the MV Wakashio that ran aground off the southeast coast of Mauritius. (Photo: EPA-EFE/LAURA MOROSOLI)

TOKYO, Aug 18 (Reuters) - A Japanese disaster relief team helping to clean up a devastating oil spill off the Indian Ocean island nation of Mauritius is focusing on mangroves, beaches and wetlands after most of the oil at sea had been collected, it said on Tuesday.

A Japanese bulk carrier struck a coral reef on July 25, spilling about 1,000 tonnes of fuel oil in what environmentalists say is the country’s worst ecological disaster, killing wildlife and damaging pristine waters.

“As most of the spilled oil at sea has been collected, we are moving into a next stage, with the focus on cleaning up the seaside and minimising the environmental impact,” Keiji Takechi, deputy team leader, told an online news conference from Mahebourg, Mauritius.

“Environmental experts who can give advice and instruction are needed now.”

Team leader Junji Gomakubo said the focus was not only on the immediate impact.

The full impact of the spill is still unfolding, scientists say. As island residents scrambled to mop up the oil slicks and clumps, they saw dead eels and fish floating in the water, as fuel-soaked seabirds limped ashore.

The damage, scientists say, could impact Mauritius and its tourism-dependent economy for decades.