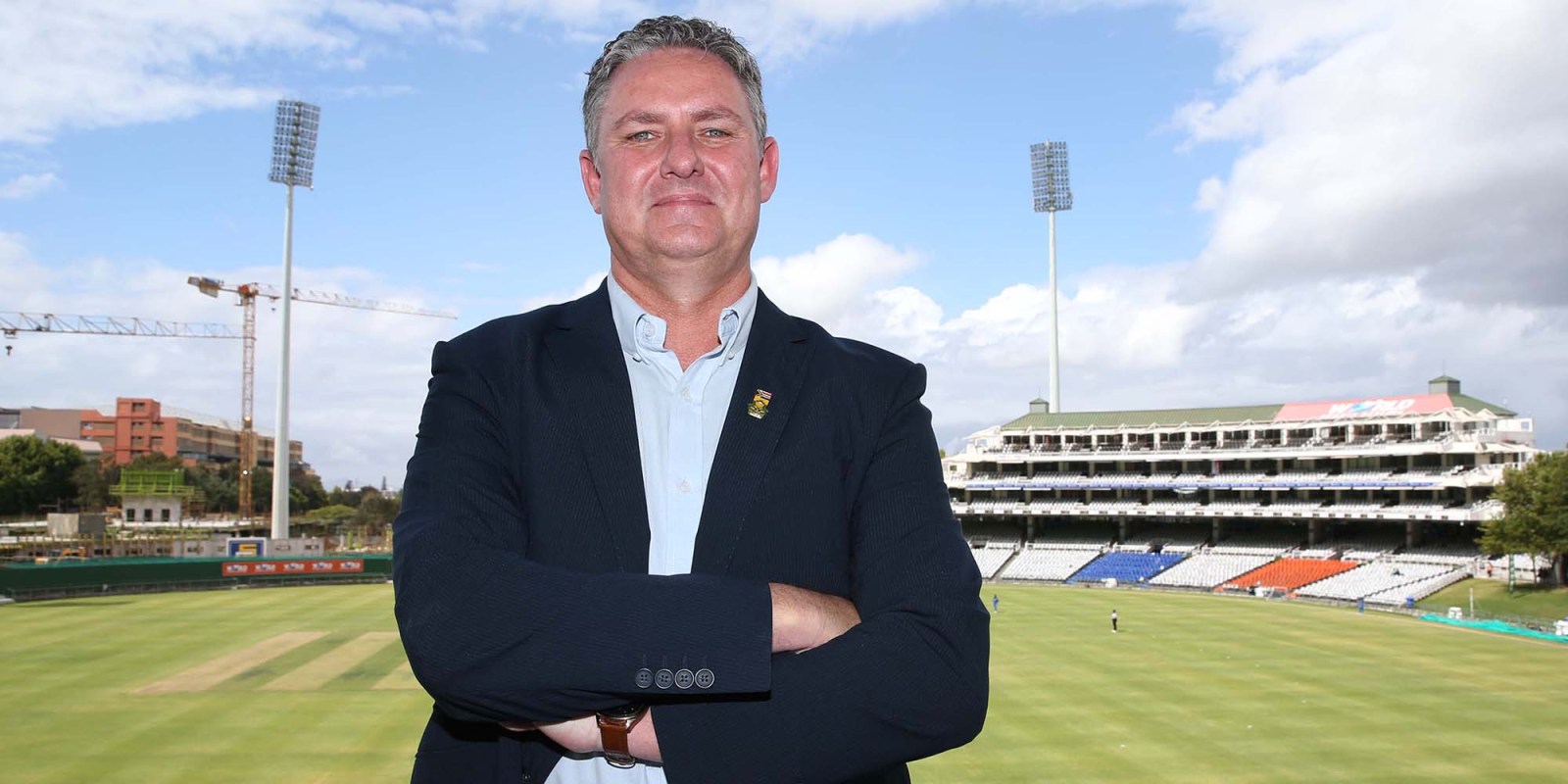 CSA is now an organisation without a CEO, a president or a chief operating officer.

Both men were due to leave their posts in September, but Faul handed in his resignation at a fiery board meeting on Monday. Nenzani resigned earlier for, as yet, unspecified reasons.

But Daily Maverick understands that both men had lost patience with newly appointed independent board member Dr Eugenia Kula-Ameyaw who has assumed more power in recent months. She is closely aligned to CSA company secretary Welsh Gwaza, who himself is a known confidante of suspended CEO Thabang Moroe.

With Nenzani and Faul now out of the way, Gwaza is understood to be pushing to replace Faul as acting CEO. Moroe, who has been on suspension with full pay for the past nine months, is still technically employed, as the board has not yet sacked him for a host of indiscretions that brought the organisation into disrepute.

CSA can’t begin the process of finding a permanent CEO until Moroe no longer holds the position. As it stands, CSA is an organisation without a CEO, a president and a chief operating officer (COO) after the suspended Naasei Appiah was sacked at the weekend after a lengthy labour dispute.

Faul was seconded from the Titans to take over as acting CEO in the wake of Moroe’s suspension last December. It was only supposed to be for six months, but his tenure was extended in June until 15 September. But Faul has had enough.

Although he did not give precise reasons for resigning, Faul told Daily Maverick: “It is best I move on from CSA.

“CSA is in a worse position than we were in December – there are issues around transformation and race and there is a lot of uncertainty over the leadership and other issues in the organisation.

“The only small ‘victory’ is that we will turn about an R80-million profit this year, as we have cut costs dramatically and the dollar/rand exchange rate has worked in our favour. But there are massive challenges ahead.”

An independent forensic audit into the state of CSA is months overdue, increasing the suspicion that it has uncovered uncomfortable truths about CSA’s leadership in the Moroe/Nenzani era.

Nenzani, who was in the job for nearly seven years, only had three weeks to go before he stepped down. He was part of a disastrous period in CSA history that preceded Moroe’s suspension and chairman of the board that oversaw some of the worst times in CSA history. Journalists were suspended, sponsors walked away and board members resigned as the pillars of good corporate governance caved in.

“We find it very suspicious that the resignation comes less than a month before his tenure would have drawn to a natural close at the CSA’s annual general meeting in September, and a week before he was to give account of his conduct as President of CSA before Parliament’s Portfolio Committee on Sports, Arts and Culture on 21 August 2020.

“Nenzani has been the President of CSA since 2013 and his actions have directly contributed to the undermining of cricket as a sport in South Africa and lost sponsorship deals.

“The DA not only expects Nenzani to appear before Parliament despite his resignation, but we also expect him to be completely transparent in answering various questions around allegations and investigations into both the chief operating officer (COO) of CSA, Naasei Appiah, and the chief executive officer (CEO), Thabang Moroe.

“The DA insists that the CSA vice-president Beresford Williams and the rest of the CSA Board follow suit and tender their resignations as well.”

Appiah, meanwhile, lashed out in a letter sent to the board on Monday, following a CSA statement at the weekend confirming that he had been summarily dismissed.

He was a key figure in the organisation’s hierarchy under Moroe and was a part of the leadership that did not appear to fulfil its fiduciary duties at the time.

“CSA, this past Sunday, has circulated a completely misleading, defamatory and malicious press statement concerning my purported summary dismissal from the organisation,” the letter, in Daily Maverick’s possession, stated.

“The press statement wilfully and maliciously misrepresents the facts and states that, ‘The Presiding Officer found Mr Naasei Appiah guilty of transgressions of a serious nature’.

“The statement completely ignores the fact that that finding was overturned on appeal. The legal effect of it being overturned is that it is set aside as if it never existed. As such, it is incorrect, in law and in fact, that I have been dismissed for ‘transgressions of a serious nature’, as alluded to in the press release.

“This is just another step in what I have come to regard as a concerted effort from certain ambition and agenda driven individuals within CSA to malign my good name by creating a public narrative that I am a corrupt official of some sort who is part of, if not indeed key to, the cause of Cricket South Africa’s woes.

“The press release also makes the false statement that ‘all respective and relevant processes have now been concluded’. This statement is at best disingenuous if not downright dishonest. CSA and especially those responsible for legal affairs, are acutely aware of the fact that I have appealed the decision of the Labour Court and that CSA have given an undertaking at the Labour Court to preserve the status quo of my employment until such time that the matter between us had been properly resolved.

“In good time the truth behind the various agendas will become clear.”

Anyone with even a passing interest in South African cricket can only hope that that last sentence is true.  DM