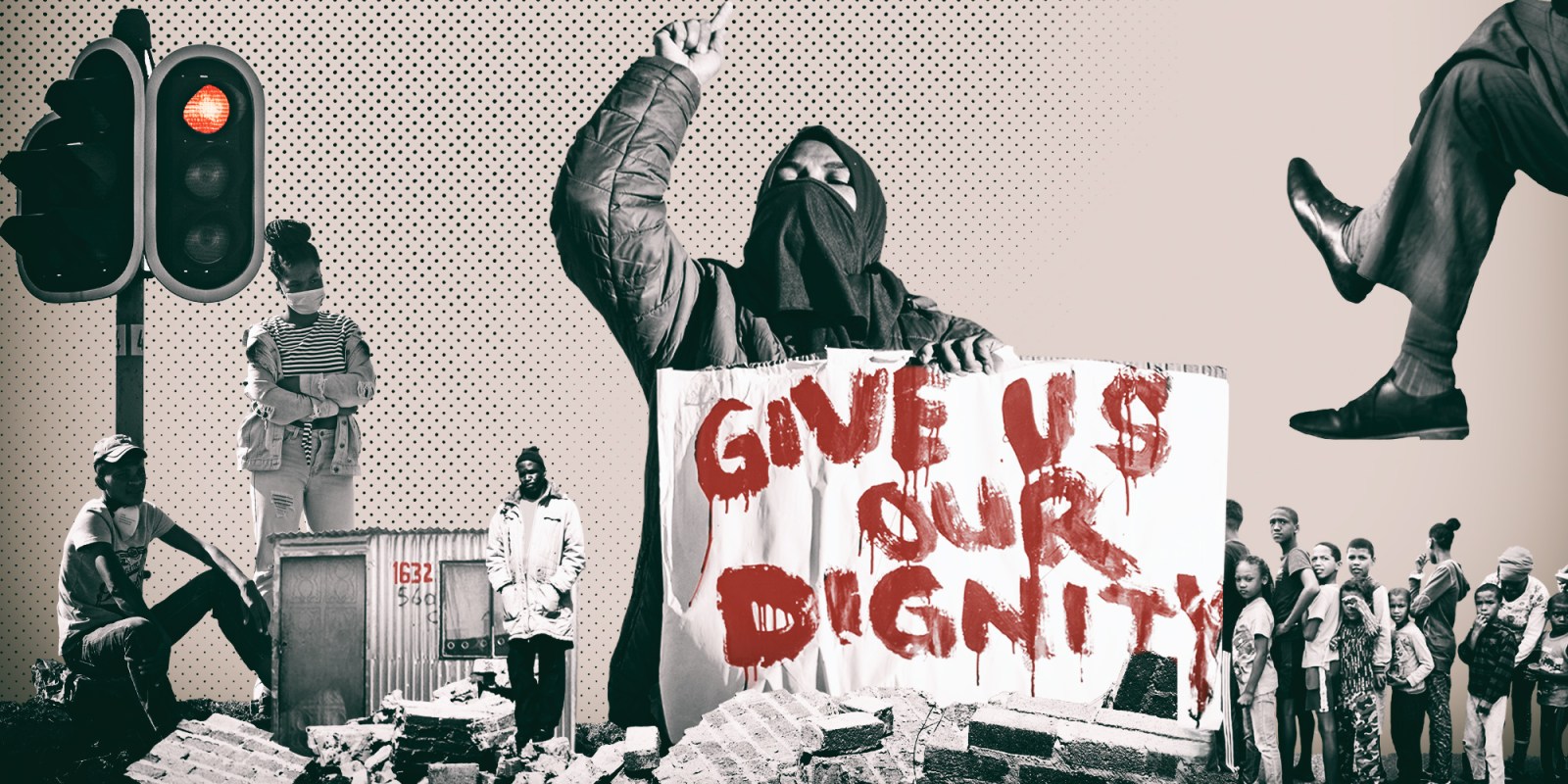 Transformation is now widely understood as replacing white business with black business. This further alienates poor communities and leads to violent service delivery protests. Even though members of the elite employ talented people, they have failed to produce a clear vision, strategy, and plan that our divided nation can unite around.

South Africans are confronted by a mountain of problems, the mood is pessimistic, and there is no viable solution in sight. Our economy has a colonial structure when the world is being transformed by the 4IR. Our nation is the most unequal and unemployed on Earth. We have a corrupt, failing state that cannot ensure all citizens have adequate food, health, and education. Our political system does not empower citizens or hold politicians to account, even when they are blatantly criminal.

Our aim in this article is not to provide a detailed solution, but to indicate a general way forward that takes account of our strengths and failures, and lessons we can learn from others.

We should learn from the strategies used by nations that have risen from the ashes of war and colonialism. After the Korean war ended in 1953, South Korea had a similar GDP to Ghana, but now has the world’s sixth-largest economy.

After decades of economic failure and military rule, Brazil evolved a vision of industrialisation linked to human development that saw rapid growth. In 2011, a study by Korean economist Ha Joon Chang, South Africa’s Ben Turok, and the Brazilian Joao Carlos Feraz indicated that developmental societies have the following elements in common (our summary):

South Africa has largely failed to put any of the above conditions in place since 1994.

The above factors hold true regardless of political system, although with sustained growth and struggles for rights, there is generally a progressive deepening of democracy and inclusion.

Following mass campaigns, the former leaders of South Korea and Malaysia are currently facing jail time. Corruption impacts on all other factors and directly on socio-economic development.

In Africa, Ethiopia and Rwanda have managed to meet the above conditions sufficiently to start on developmental paths, and other countries are making progress.

They have equally serious challenges, and far fewer resources than South Africa, but a comparison of Ethiopian Airlines and SAA is one of many indications of the advantages of a developmental state. Before the Covid-19 pandemic, Ethiopia began achieving annual GDP growth rates of 8-10%, while in 2019 South Africa’s was 0.2%.

Recent events in Brazil remind us that developmental agendas are always under threat and must be defended by citizens united by a common vision and an inclusive social compact.

Far from making progress, South Africa produces abundant evidence every day that our economic and political elites are trapped in a historic machine that generates their power and wealth and prevents them taking decisive action.

The economic elite is largely rooted in colonialism, and has a comfortable relationship with the political elite, which has a generally corrupt relationship with a fragmented state. Transformation is now widely understood as replacing white business with black business. This further alienates poor communities and leads to violent service delivery protests.

Even though members of the elite employ talented people, and some are able and have good intentions, they have failed to produce a clear vision, strategy, and plan that our divided nation can unite around.

Our current leadership, whether of the private or public sectors, has low levels of credibility and is not trusted to drive critical reforms of the economy, state, and political system. These reforms, guided by our profound constitutional values, must empower all citizens; transfer substantial resources to empower the poor; and build a clean, professional state to enable and regulate an inclusive, thriving and responsible form of capitalism.

Who then will drive this?

Civil society could mobilise independently of the state to drive development and play a decisive role in supporting reform of the economy, politics, and the state.

Communities would establish non-party, fully inclusive development committees that would use a common digital platform grounded on constitutional values. This might be called, for example, a United Development Front.

Individual members and committee members would sign a Development Charter that includes a national vision, strategy, and programme. They will pledge to support reform of the economy, politics, and the state. Members could join without leaving any other organisation and could vote in elections according to their conscience. They would be expected to support the broad objectives of the Charter.

Development projects that conform to the principles of the Charter would be registered with the relevant committee or committees using the platform. A key principle will be to mobilise all legal external and community-based resources that would enable developmental objectives to be met.

Another key principle would be to make legitimate claims on the state and work with enabling programmes and officials. As the communities and projects begin to network, the state will be engaged at provincial and national levels. Corruption, poor planning, failures to execute, and other systemic problems will be exposed and confronted.

Youthful leaders and new businesses will quickly emerge from the creative energy unleashed at the community level. The evolving digital platform on which the movement is built, and the programme and project methodology it adopts, will have rigorous governance and training built-in.

Failure to act on corruption, deal with administrative blockages or deliver expected services would attract swift and visible action. Support for the United Development Front and the Charter would build as the projects begin to transform and improve lives, address problems, and grow businesses and jobs.

The scenario outlined above may play out in many different ways, with the bottom line being a mass movement focused on development that is independent of the state, but having a claim on the state as a provider of services and an enabler of development.

There would be accountability, political pressure, and cooperation. A major target would be the current corruption-fueled lack of integrated state planning and budgeting, and our lack of viable and coordinated development strategies.

As the state becomes professionalised and less corrupt, the programmes would connect. For example, a coordinated strategy to provide broadband and green energy to every community would require all national resources to be mobilised, while including steps to advance equity and redress.

Whichever party or coalition was elected, they would have to adopt aspects of the development agenda of the movement. At some point, the nation would have to unite around a clear development vision, a strategy; and a plan that includes and updates elements of the NDP and the myriad existing plans.

There are many existing initiatives and businesses that will feed into the movement. Many youths, most of them black, are successful entrepreneurs without depending on patronage and a corrupt tender system.

Youthful leaders and new businesses will quickly emerge from the creative energy unleashed at the community level. The evolving digital platform on which the movement is built, and the programme and project methodology it adopts, will have rigorous governance and training built-in.

It will be driven, however, by the developmental values embedded in our history and constitution; the strong social networks and creativity that enable our communities to survive; the advanced solutions provided by the 4IR; and the economic opportunities offered by a rising and uniting Africa, and by a globalised economy. DM

Dr John Carneson is an independent consultant with a PhD from Sunderland, UK, a Masters in Curriculum Studies from London, and an Honours in Sociology from the London School of Economics. He was a senior manager in government for 22 years, most recently heading Policy and Strategic Management at the Department of Home affairs. He can be contacted at: [email protected]

Tladi Ditshego is a specialist in the Practice of Infrastructure Development with graduate degrees from Georgetown University in Washington DC, Columbia University in the City of New York, and Wits Business School’s Executive Development Programme. His work experience is in both the public and private sectors. He writes in his personal capacity. He can be contacted at: [email protected]