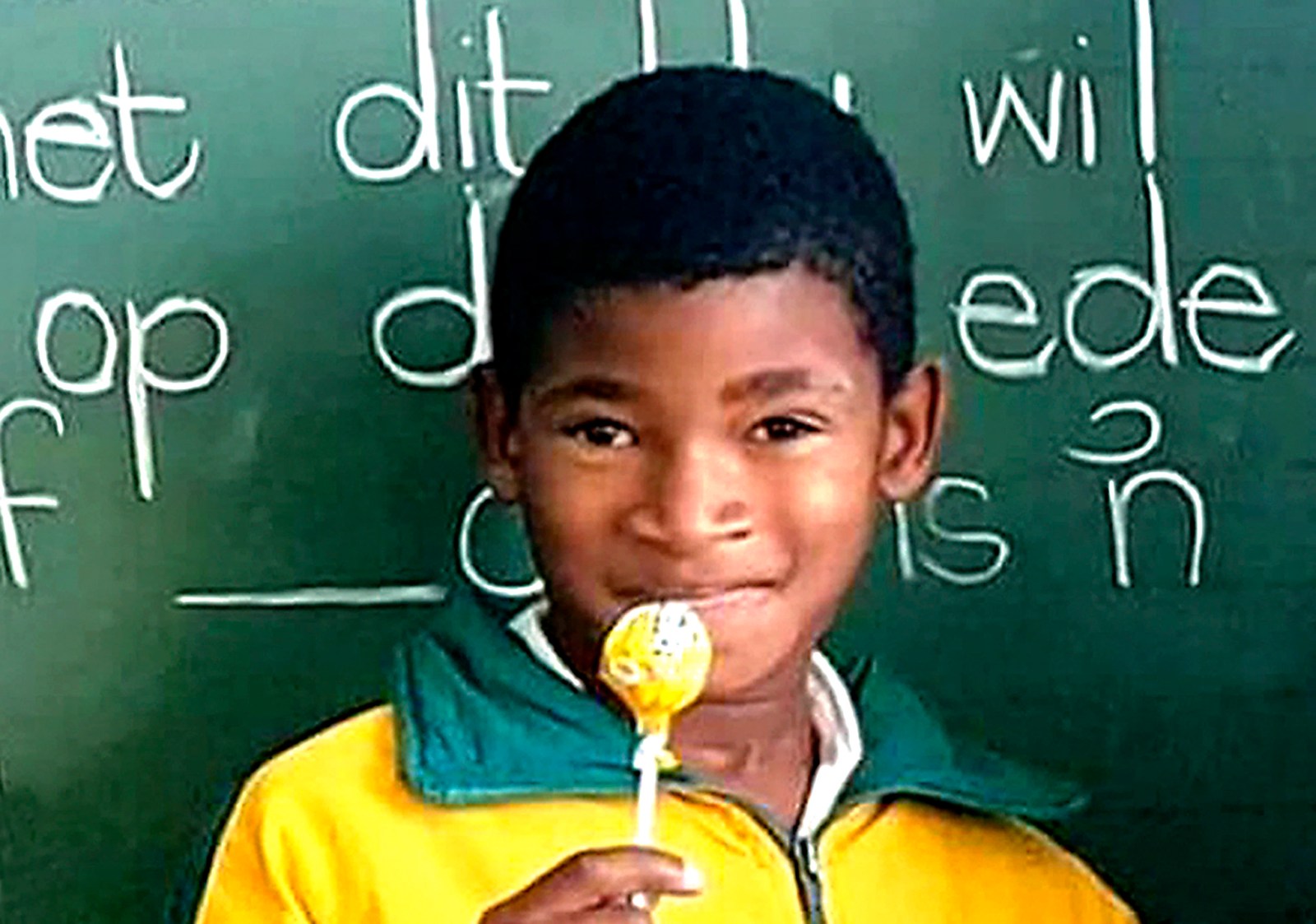 ‘We... witnessed the final heart-wrenching moments when the heart machine was switched off followed by the long “peep” sound showing he has gone.’

There were emotional scenes at the Intensive Care Unit at the Red Cross Children’s Hospital minutes after nine-year-old Leo Williams, who was shot in the head during a protest in Laingville on the West Coast, died on Monday afternoon.

The shoulders of community leaders Thyrone Williams and Clarence Duiker, who have been at the side of the family since the shooting incident on Friday 31 July, were drenched with the tears of Cathy Thomas, the legal guardian of Leo, and Luzille Williams, the boy’s biological mother.

The two women and Leo’s father, Adrian Thomas, witnessed doctors switching off the life support system at 2.30 and 15 minutes later he was gone. Duiker immediately said a prayer to console the heartbroken family.

Thomas adopted Leo when he was three years old and six years later she had to bid farewell to the son she loved so much.

Leo had been on life support since the shooting. The incident on 31 July was preceded by violent clashes between protesters and police. A video clip seen by Maverick Citizen shows four police officers firing several shots towards the corrugated structure of Leo’s uncle where the youngster and some of his friends were watching television.

Leo was struck in the head and slumped to the floor in a pool of blood. The bullet was lodged in his brain and doctors agreed the bullet couldn’t be removed.

The community accused the police of firing live ammunition during the protest. But police management denies this and said their forces had withdrawn from the area at the time of the shooting.

Williams said on Monday: “We arrived just before 12 noon at the hospital. Aunty Cathy, Lucille and Leo’s father went up to the ICU where they spent almost two hours with doctors who prepared them for the dreadful moment.

“At 2pm Aunty Cathy came out and told myself and Clarence the machine would be switched off at 14.30. We accompanied her back to the ICU and witnessed the final heart-wrenching moments when the heart machine was switched off followed by the long ‘peep’ sound showing he has gone.”

Shortly after he posted the news of Leo’s death on social media, the first call Williams received was from the St Helena Bay police, who conveyed their sympathy. Williams said: “When Leo was shot there was a total silence from police.”

The community is demanding justice for Leo and want the person who fired the shot to be arrested and charged with murder. The Independent Police Investigative Directorate (IPID) is investigating.

“Whilst the boy was alive it was an attempted murder case but now we are talking of murder. Once the calibre of the bullet is established we will engage with the authorities and also make sure that the family is supported by a legal team.” DM/MC