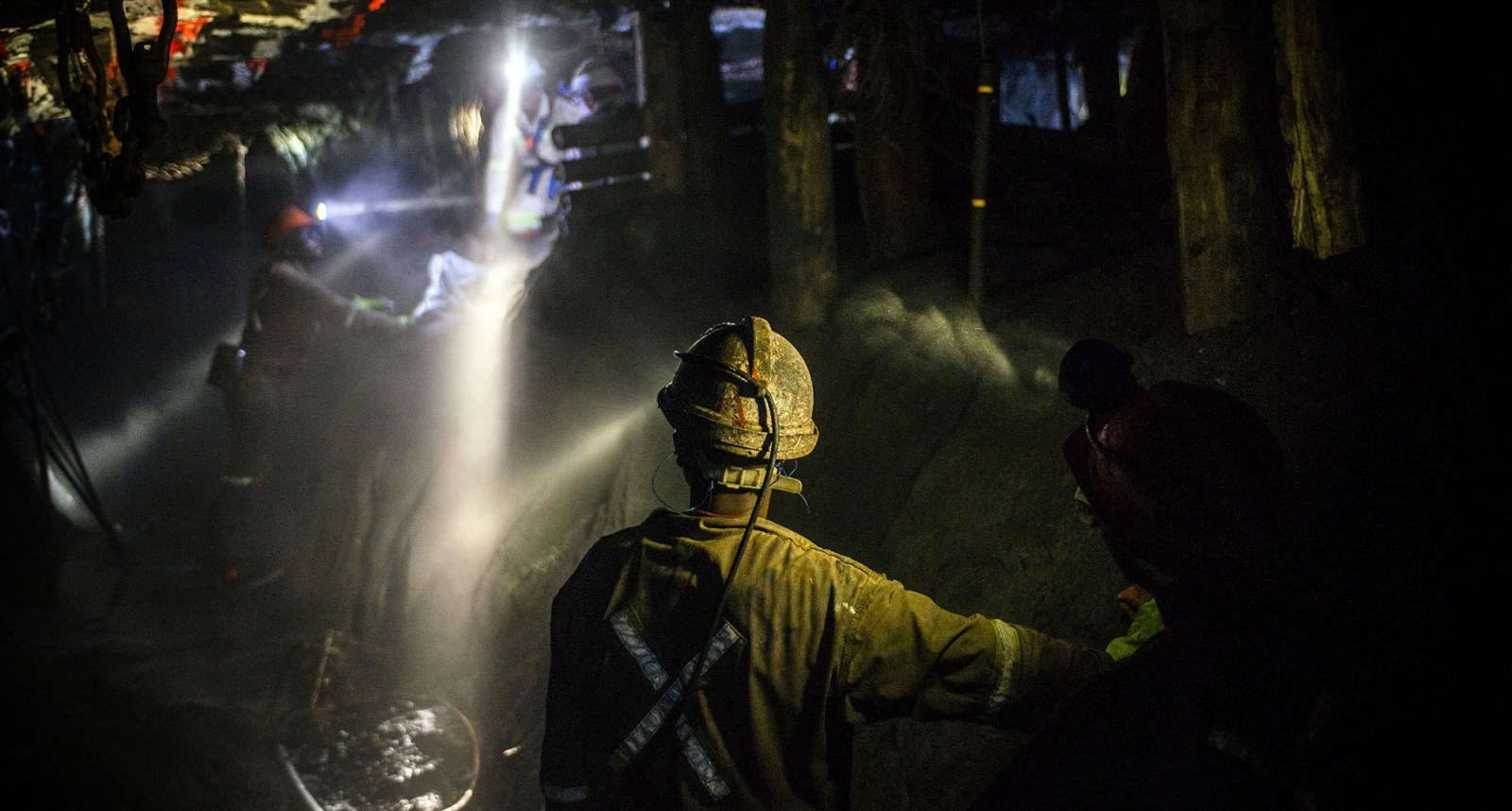 In 2010 when the first mining charter came into action, mining was about 17% of national GDP; it is now about 5%. (Photo: Waldo Swiegers / Bloomberg via Getty Images)

Something big happened for the mining industry last week, which has largely gone unnoticed: Government decided to withdraw its appeal against a 2018 court finding on something called the ‘continuing consequences’ issue. That decision is very significant and suggests the government may be showing some flexibility in the long, tortuous negotiations to develop a new mining dispensation. For the beleaguered mining industry, it’s a shot in the arm — but is it enough?

The history of the SA mining industry is filled with pain, suffering, great technical achievements, enormous riches and, more recently, a depressing, calamitous decline in employment levels and ore mined.

For some, the industry has a terrible history and is arguably the foundation of the apartheid state. For others, it is South Africa’s one discernable competitive advantage, and failure to take advantage of SA’s magnificent geological heritage is a tragic failure felt most acutely in some of the poorest communities of the country.

Between these two poles, government and the industry have argued, occasionally agreed, but generally been involved in long, frustrating, fractious contests which have benefited no one. It’s been a disaster, and it is perhaps the ANC’s most egregious and least recognised failure.

The result now is an extended impasse, in which the government and the industry have been arguing the finer details of what they supposedly agreed more than a decade ago, and more importantly what the new mining charter should look like.

Two important court cases have been filed, one of which was decided in 2018 by the full bench of the Gauteng High Court, the so-called Barrie judgment. The issue in this case was essentially whether the ownership empowerment efforts of mining companies continued after the end of the first mining charter. There were also related issues like whether the rights gained after the disposal of a 26% equity state to BEE entities, continued in the situation in which a mine changed hands, or was bought by another entity or the entity sold out.

It was a tough issue, because in the original discussions, the industry and government couldn’t really agree, and kicked for touch. Neither was the court unanimous, but essentially, the mining industry won. It’s that court case which the Department of Mineral Resources has decided not to appeal against.

The new proposed mining charter does recognise the “continuing consequences” idea in respect of mines that satisfied the old mining charter, but disputes remain. What happens when BEE consortiums sell: do the mining companies have to “top up” every time? There are also disputes regarding the consequences for new mines and issues around beneficiation.

For proponents of black empowerment, this decision could be a big setback, because when the new dispute eventually does come to court, no doubt this decision will play a part in deciding the new issues.

The ministry, which did not respond to requests for comment, has consistently argued that transformation in the industry is crucial and too slow, so it is forced to implement stringent regulations that require change. The mining industry argues that not only does it not agree with the government’s position, it cannot agree. The reason is simple: if shareholders are forced to give up 26% of their equity every time a black empowerment consortium sells its shares, soon they would have nothing left.

The facts around the industry demonstrate how this uncertainty has hurt. About 50,000 miners have lost their jobs over the past decade. Capital expenditure — obviously crucial for a wasting resource such as ore bodies — has halved. In 2010 when the first mining charter came into action, mining was about 17% of national GDP; it is now about 5%.

For a mining country like SA, this is just devastating, not only to the mining industry itself, but to a huge swathe of the manufacturing, construction and services industries that have for years been partly or mainly dependent on mining, particularly new mining ventures. The core of SA’s economic heartland has been decimated.

The industry is by no means angelic; reading its history requires a tough constitution. But the fact is, it has suffered a series of enormous policy setbacks at the hands of the ANC over the years.

Deservedly, some would argue. But consider what has transpired. First, mining rights were nationalised; then mining companies were forced to sell 26% of their equity; then the industry was forced to take over social functions that are actually the responsibility of the government; then it was subjected to huge cost increases by Eskom; violent labour eruptions continue to occur regularly and then it was subjected to the administrative hell that has been the calling card of the current government. And finally, it was subjected to large-scale corruption.

One of the big weaknesses of the mining charter negotiations is that potential miners, by definition, are not part of the discussions because they don’t exist. Agreeing to part with 26% of your equity is much easier for existing companies with sunk costs and existing infrastructure.

Most miners that could, left. And that includes some of the foundational companies that underpinned SA’s historic economic trajectory: AngloGold earlier this year sold its last SA gold mine. BHP has now dropped Billiton from the name it adopted when the great Australian and the great SA mining companies merged in 1989; the local assets are largely long gone.

So when the new version of the Mining Charter of 2018 was thrust on them, the industry reluctantly went to court for the second time, and that court case is still winding its way through the interminable legal process that is the SA judicial system.

Yet some of the more sensible heads in the industry recognise that its future cannot be settled in court: it’s essentially a political issue, and that means negotiations with the government are inevitable.

So where do those negotiations stand?

Sadly, according to mining sources, there seems to be little behind-the-scenes action going on on this topic, although the decision by the ministry to withdraw its appeal against the continuing consequences decision holds out some hope that they could begin in earnest in future.

Where there is some discussion is on the issue of new mining ventures. The value of SA’s mineral reserves was once very optimistically valued at about R20-trillion, which is enough to wipe out the national debt. But of course, nobody gets to see any of that cash if the ore stays stuck in the ground.

One of the big weaknesses of the mining charter negotiations is that potential miners, by definition, are not part of the discussions because they don’t exist. Agreeing to part with 26% of your equity is much easier for existing companies with sunk costs and existing infrastructure.

But for new mining companies, it’s just impossible. Essentially, it means no new project can be started unless the ore is 26% better than the quality of the ore body elsewhere, and that never happens.

Only about 1,500 mines are left in SA. In the past decade, only one large-scale mine has been dug, the Tshipi manganese mine, partly because 80% of the world’s manganese ore happens to be in the Kalahari. About 1% of global exploration spend is devoted to SA by the world’s mining companies, compared with 17% in Australia and the same in the US.

With some luck, these discussions will bear some fruit, which could help establish a relationship that will result in SA regaining its place in the global mining industry. But given the history, nobody is holding their breath. BM/DM