The loneliness of solitary confinement: exploring the f...

The loneliness of solitary confinement: exploring the female experience of activism 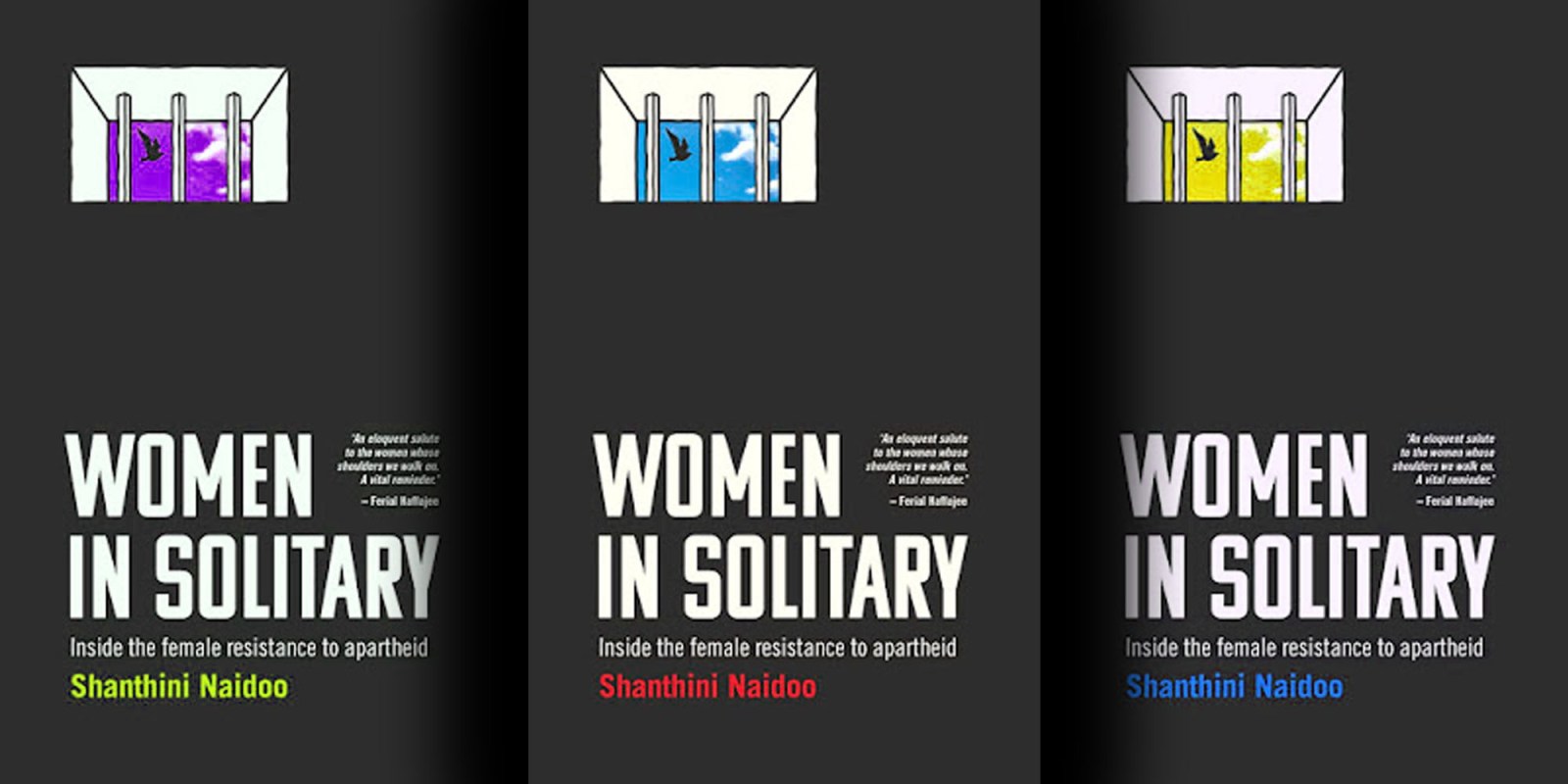 ‘Women in Solitary’ is the South African story of four women – Joyce Sikhakhane-­Rankin, Rita Ndzanga, Shanthie Naidoo and Nondwe Mankahla – and their refusal to testify in the apartheid-era ‘Trial of 22’ in 1969 – a trial that included Winnie Madikizela-Mandela. Through interviews, the author explores the female experience of activism and how women take on additional political roles to their personal ones.

December 1969: Thirty-two-year-old Shanthie Naidoo was surprised to hear her name being called as a state witness. She had been detained a month or two after the initial raids that saw approximately 100 activists arrested. They had come for her in the early hours in the Rockey Street, Doornfontein home she shared with her large family, pulling her out of her bed. A third-generation activist, whose grandparents were involved in the resistance movement, Shantie’s family had gone through the motions of arrests and detentions several times before. In detention she suffered many days and nights of intense interrogation. Now, caught unawares, she was called to the stand. She got to her feet. When Liebenberg instructed her to speak, she looked Justice Simon Bekker on the bench straight in the eye. “I have two friends amongst the accused,” she declared. “I don’t want to give evidence because I will not live with my conscience if I do.” When threatened with further imprisonment, she said: “I am prepared to accept it.”

With those three short sentences, uttered in defiance, the foundations of the state’s case began to crumble. Over the next few months, more pressure would be put on her to testify, and appeals made to her family to persuade her, to consider her emaciated condition and subsequent detentions that could follow. Her family steadfastly refused to push her onto the side of the government.

Years later, Winnie Mandela wrote: “It is Shantie Naidoo whom I still see vividly in my mind, her hollow eyes, her thin arms hanging loosely out of that pale… yellowish, sleeveless dress, her slanted head when she craned her neck in the dock to hear Justice Bekker on that memorable day. When she declared in a firm voice which left no doubt… How I loved her always, even more now. My admiration and respect for her doubled. Only a person who has been through solitary confinement would realise the amount of sacrifice that lies behind those few words. To my horror, hot tears rolled down my cheeks in the Supreme Court when Shantie said those words.”

Nondwe Mankahla, a 33-year-old rabble-rouser from Port Elizabeth, was the state’s second witness, but once again Liebenberg was to be stymied. She had agreed to be a witness only in order to stop the beatings during her interrogation at the old Sanlam building in PE – which was to be the venue of Black Consciousness Movement leader Steve Biko’s murder years later – after which she was moved to Pretoria.

On the morning of the trial Nondwe was interrupted during her exercises in her cell and was not even given time to dress for her court appearance – the first time in a year that her comrades, family and friends would see her. “I must have looked like I was coming out of a hole after all those months,” she would say later. “I was feeling dizzy in the fresh air”.

Despite the months in solitary confinement, and the prospect of further detention or worse, once she was put on the stand she refused to testify. “I do not wish to give evidence against my people,” was all she said.

The prosecutor was admonished by the judge, Justice Simon Bekker, who threatened contempt of court charges, to no avail. “What kind of witnesses are these?” he demanded of Liebenberg. But Liebenberg had no answers.

Bekker declared, “I find the accused not guilty. You are dismissed.”

At these words cheers rang through the courthouse and reverberated to the supporters outside, who expressed their elation by shouting and singing. Freedom – at last! The elation would last for just a few minutes, however. With barely a moment to feel the sunlight on their pasty skin or to breathe the clean air, the accused were immediately re-detained under the Suppression of Communism Act for a further 90-day period and taken back to their solitary cells. No doubt reprisals for the state witnesses would come. There was some talk that after the Christmas recess, everybody would be discharged, but this did not happen. Each delay was an axe blow. Still, they carried on, fighting the detention with their stubborn refusal to give in. DM

Shanthini Naidoo is a former Sunday Times journalist who works in content marketing. She has also worked for The Times newspaper and O magazine. Naidoo lives in Johannesburg. The book is published by Tafelberg, an imprint of NB Publishers.

Author’s note: While I do share a name or a derivative of it, with Shanthie Naidoo, there is no bloodline between us of which I am aware. We are born nearly 50 years apart but the connection of our names provided coincidences of great consequence. Shanthi, 85, is retired now and lives in Johannesburg; she returned to South Africa from the UK after 1994. She is one of the reasons why this story found me, and I am glad for it. Joyce Sikhakhane-Rankin agreed to speak too, perhaps charmed by the confusion about her friend with a similar name. The same for Joyce’s children, who thought I was a grand-daughter of their mother’s good friend, whom they had never met. For Ma Nondwe and Ma Rita, it was a memory trigger, hearing a name from a story they hadn’t revisited for many years. The coincidence brought a unique way into their homes and minds. For this, I am thankful for a name that has been mispronounced all of my adult life. That connection binds me to Shanthie Naidoo, who truly lives her shanti (peace) despite an intensely unpeaceful life.