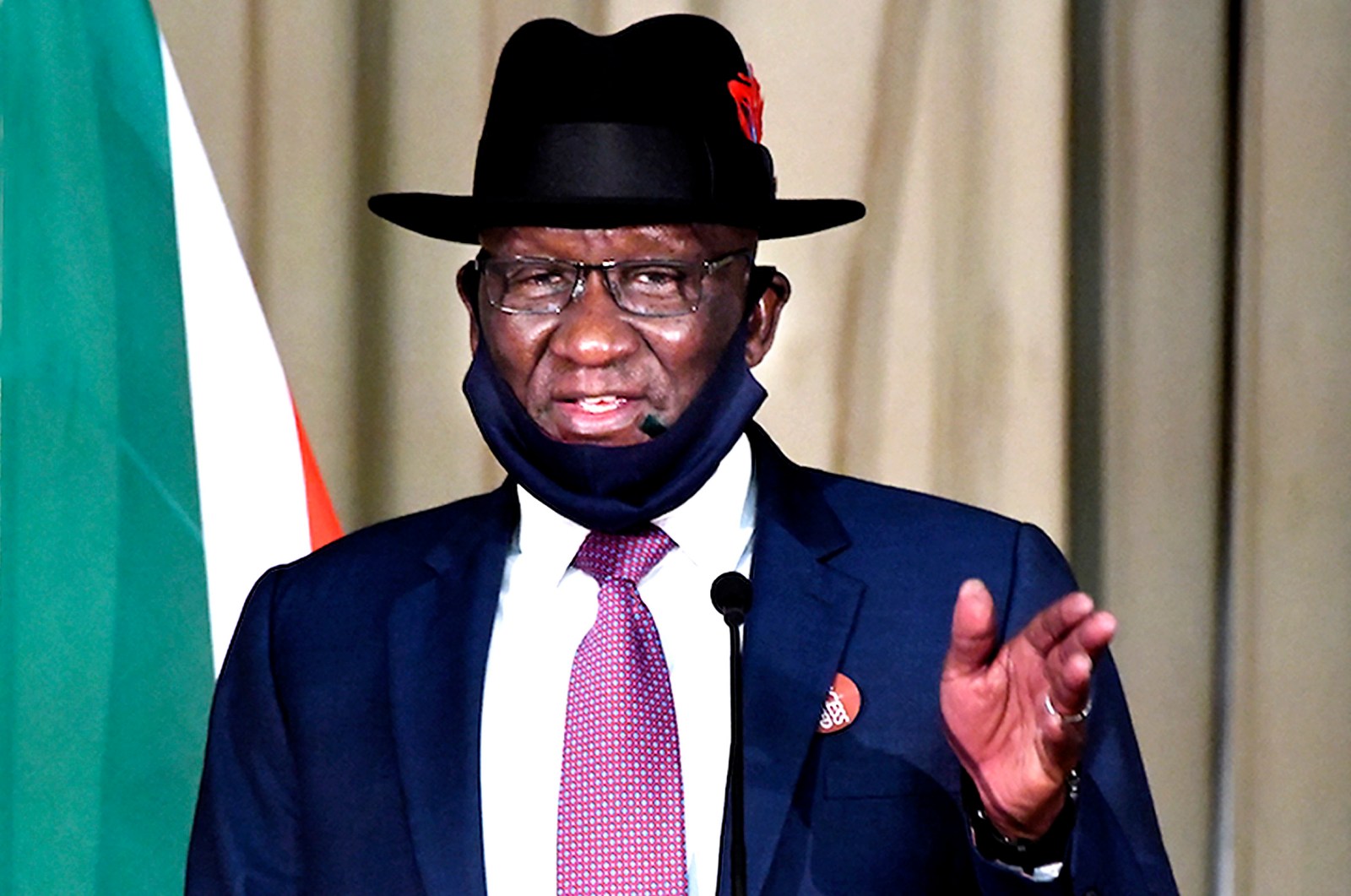 This is a summary of the trending, highest impact and most active themes and their narratives related to social cohesion and division in South African public-domain social media conversations on 13 August 2020.

Serial killer on the loose

News that a suspected serial killer is active on the South Coast of KwaZulu-Natal has been trending, with many users appealing to women in the area to be wary. A tweet by @duke_kdj criticised Minister of Police Bheki Cele, saying he was not interested in dealing with the serial killer as the case does not involve enforcing lockdown regulations. @duke_kdj’s tweet was liked 3,200 times and retweeted 2,000 times by Friday morning. Comments on @duke_kdj’s tweet were broadly supportive of his sentiment, although some respondents noted that Cele was a minister and not directly involved in individual crime incidents. 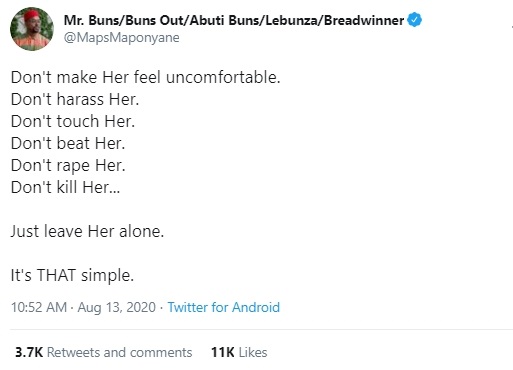 Gender-based violence has been a major concern for South Africans, featuring repeatedly as a hot topic in online conversation in recent months. Local celebrity Maps Maponyane tweeted: “Don’t make Her feel uncomfortable. Don’t harass Her. Don’t touch Her. Don’t beat Her. Don’t rape Her. Don’t kill Her… Just leave Her alone. It’s THAT simple.” This sentiment was positively received, with 11,000 likes and almost 4,000 retweets in less than a day. 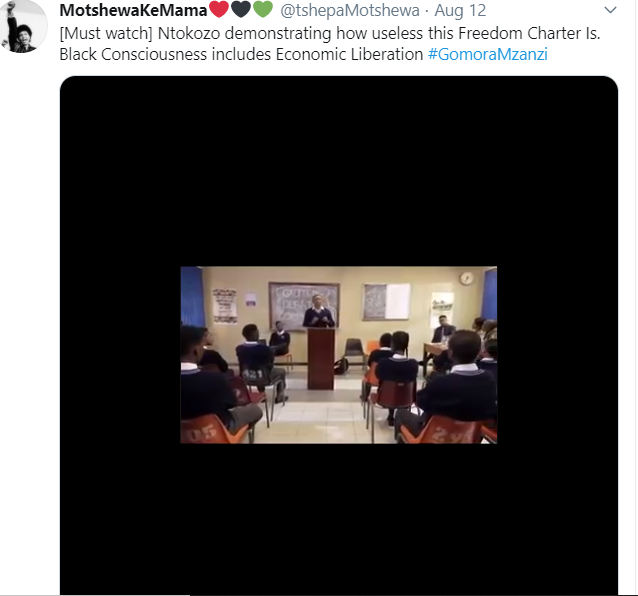 Conversations about inequality among South Africans received considerable attention on social media from Wednesday onwards, after @Lungah_ tweeted: “South Africa is paradise to everyone but South Africans.” This tweet gained traction on Thursday, with over 1,600 retweets and 6,600 likes by Friday.

Shortly afterwards, @SuperiorZulu adapted the post in a retweet: “South Africa is a paradise to everyone except for Black People.” This generated 122 retweets and 276 likes.

Some users discussed the relationship between the state and black and white South Africans. @Qhawe_L wrote: “Europeans live in constant fear of Black South Africans not cause we are violent but because they expect us to eventually come to our senses & retaliate. ANC has kept it’s promise that it’ll make sure we don’t retaliate by redirecting our anger towards ourselves & it’s working.” This tweet received 362 retweets and 743 likes by Friday.

@tsepaMotshewa shared a video extract from the crime TV series Gomora. The character “Ntokozo” can be seen delivering a classroom speech about the severity of socio-economic inequality in South Africa. The tweet read: “[Must watch] Ntokozo demonstrating how useless this Freedom Charter Is. Black Consciousness includes Economic Liberation #GomoraMzanzi”. This got over 7,700 retweets and 15,000 likes. 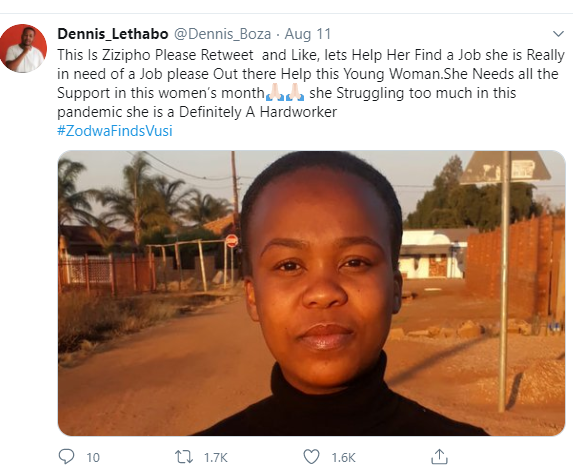 Comments about a scarcity of employment opportunities attracted attention. A tweet by @Dennis_Boza from Tuesday 11 August 2020 resurfaced on Thursday. It had a photograph of a young woman alongside the message “This Is Zizipho Please Retweet and Like, lets Help Her Find a Job she is Really in need of a Job please Out there Help this Young Woman. She Needs all the Support in this women’s month🙏🏻🙏🏻 she Struggling too much in this pandemic she is a Definitely A Hardworker #ZodwaFindsVusi”. This got over 1,700 retweets and 1,600 likes.

@zamagembe shared similar sentiments in a tweet that read, “Guys I won’t be much active on Twitter. I need to shift my 100% focus on finding a new job before the situation at home get even worse. Put me in your prayers, wish me good luck or anything as m going ds irritating journey of job hunting again..☹☹.” This received nearly 200 retweets and 1,000 likes.

Twitter user @kalllllseyyyyy highlighted the plight of matric pupils during the Covid-19 lockdown. She shared “Grade 12/Matric learners are going to write full exam. They will need Bachelor pass to qualify for University Admission. Please help me to share all Grade 12/Matric Previous Question Papers and Answers with them. Let’s help Grade 12/Matric Students.” Beneath this were links to several question papers, by subject, as a resource for matrics who will be taking on one of the biggest challenges of their academic lives amid a pandemic. The post was widely welcomed with over 2,100 likes and 2,200 retweets and comments.

In an equally inspiring social media moment, appropriately named @HustleQueen01 tweeted that she had tiled the public bathrooms in her community for free, and got over 35,000 interactions in two days. DM