Kenya’s recent ban on the export of donkey skins to C... 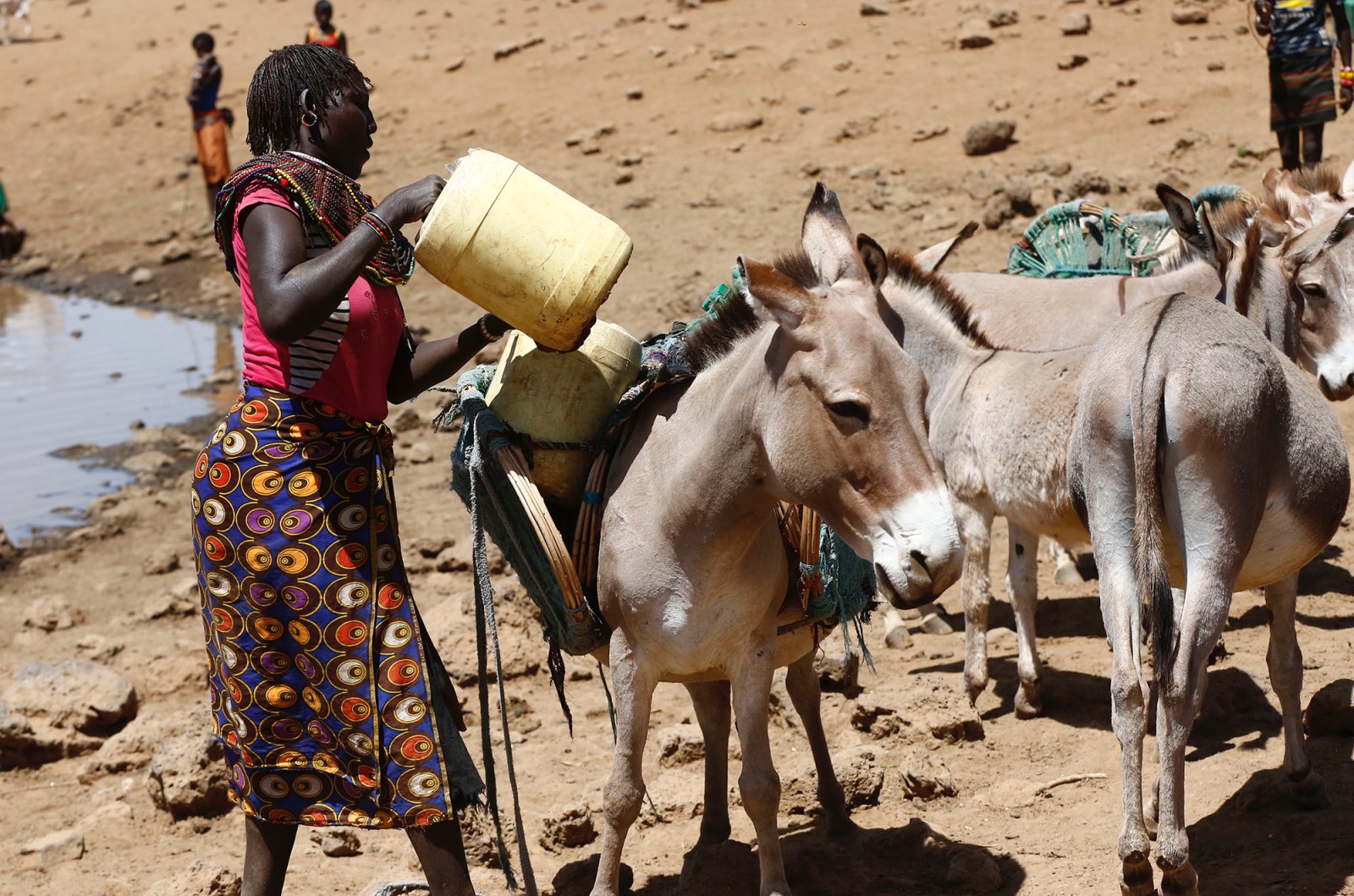 The expanding production of ejiao, a Chinese traditional medicine manufactured from donkey skins, has put a strain on donkey populations worldwide. In March 2020, Kenya became the latest African country to ban the export of donkey products, following pressure from farmers’ lobbies and animal rights groups. In the wake of the ban, three Kenyan slaughterhouses took the government to court.

After licensing its first donkey abattoir in 2016, Kenya became an epicentre in Africa for the multimillion-dollar export of donkey skins to China. In China, donkey skins are processed into ejiao gelatin, a traditional medicine used in anti-ageing beauty products such as face creams. Ejiao is also believed to improve blood circulation and address reproductive issues.

But the growing demand for ejiao has resulted in a crisis for donkey populations in Kenya – there’s been a spike in cases of donkey theft and widespread cross-border smuggling.

Between 2016 and 2018, more than 300,000 of Kenya’s estimated 1.97 million donkeys were slaughtered – approximately 15% of the population. This drop in donkey populations has had a significant regional impact, as donkeys in East Africa continue to play a critical role in the transport sector, and in supporting farming and other livelihoods in rural areas. Women are particularly reliant on donkeys to carry water, firewood and other necessities.

Several countries in Africa, including Kenya’s neighbours Ethiopia and Uganda, have banned the trade in donkeys after pressure from local communities. Kenya followed suit in March 2020, when the Agriculture and Livestock Cabinet Secretary banned donkey slaughter for export, and revoked the licences of the four donkey abattoirs operating in the country.

Three companies have since filed legal challenges to the Cabinet Secretary’s order. The courts granted a temporary injunction allowing one company to continue operations, but its licence has not been renewed and operations remain suspended.

According to The Donkey Sanctuary, a UK-based NGO, the ejiao industry experienced significant growth between 2013 and 2019, characterised by rising consumer demand and price increases.

The industry is, however, not sustainable and has led to a collapse in donkey populations across the world.

Ejiao production is estimated to have consumed 4.8 million donkey skins in 2016 alone, a figure that may well have risen since. The organisation notes that if the current rates of donkey slaughter continue, the impact on global donkey populations could be catastrophic, and may also lead to several hundred million people losing part, or all, of their livelihoods.

The impact of the global donkey skin trade is particularly felt by women, children and the elderly.

Until Kenya banned the trade in March, animal rights advocacy group Brooke East Africa estimated that when at peak capacity, the country’s four licenced abattoirs slaughtered a combined 1,200 donkeys daily. Research conducted by the Kenya Agricultural and Livestock Research Organization, in partnership with Brooke East Africa, indicates that between April 2016 and December 2018, Kenya slaughtered 301,977 donkeys. A total of 16,544 tons of donkey meat and 2,209 tons of donkey skins were exported over the same period.

The drastic decline in the Kenyan donkey population has been exacerbated by the low reproduction rate of the species. Donkeys are poor breeders and prone to miscarriages when regularly engaged in strenuous labour, and little research has been done on how to improve donkey reproduction. According to Africa Network for Animal Welfare executive director Josphat Ngonyo, the rate of donkey slaughter prior to the March ban was five times higher than their reproduction rate.

Moreover, donkey prices have more than doubled since the trade was legalised in Kenya, putting additional strain on local communities who rely on the animals.

In the streets of Naivasha, a city in the heart of Kenya’s Rift Valley, donkeys used to be a common sight, dust-bathing and grazing by the roadside. Since commercial donkey slaughter was legalised in 2016, farmers have become more hesitant to let their donkeys roam freely.

John Nduhiu, a donkey owner in Naivasha, said that with the onset of donkey slaughter came donkey theft. In 2016, Nduhiu owned more than 30 donkeys, which he used to hire out to local farmers and porters at the rate of KES500 ($5) per day. By July this year, he said he had only five donkeys remaining. Between 2016 and 2018, 4,178 donkeys were reported to have been stolen across Kenya. However, many more thefts are believed to go unreported.

Nduhiu’s story of stolen donkeys was echoed by Leah Misori, from Monduli district in Tanzania. In 2019, all seven donkeys she owned were stolen on the same night, along with several others in her neighbourhood. Tanzania had banned donkey slaughter for export in June 2017, but reopened its slaughterhouses less than a year later, following a rise in the number of cases of stolen donkeys that authorities believed were being smuggled into neighbouring countries for slaughter.

At the time of writing, Tanzania allows the daily slaughter of 60 donkeys in one licenced abattoir. However, it is believed that this quota is often surpassed. According to Fred Ochieng, director of Brooke East Africa, Kenya’s ban on the donkey trade will result in the increased slaughter of donkeys in Tanzania.

In Uganda, the export of donkey products is illegal. However, the demand for donkeys in neighbouring countries such as Kenya has fueled theft and cross-border smuggling. According to Brooke East Africa, the Karamojong people of northern Uganda have borne the brunt of the rise in donkey theft.

Ethiopia, which has likewise banned the donkey trade, also continues to suffer from cross-border smuggling. Reports suggest that both legally and illegally obtained donkeys are transported as far as 1,100km across Ethiopia to the Moyale border crossing with Kenya.

Following the Agriculture and Livestock Ministry’s revoking of the licences of Kenya’s four donkey abattoirs in March, three of the four companies proceeded to challenge the ban in court.

East Africa Chamber of Commerce and Industry director Kamau Njuguna accused the Department of Veterinary Services of failing to issue Star Brilliant with a licence to operate, in defiance of the court order. He said that while the Covid-19 pandemic had led to the government temporarily suspending the movement of animals, the slaughterhouse itself should not be prevented from operating. However, Dr Obadiah Njagi, the director of Veterinary Services, said that no slaughterhouse has been licenced to operate in Kenya since the ban was instituted. The directorate, he said, was not able to issue licences without the express approval of the agriculture ministry.

A source familiar with the situation said that the delay in Star Brilliant resuming operations was the result of a fall-out between Kariuki and his Chinese partners over alleged unpaid taxes.

According to the Kenya Agricultural and Livestock Research Organization and Brooke East Africa, the underreporting of exports and tax evasion in the donkey trade is commonplace.

While the declared value of donkey-meat exports between 2016 and 2018 was KES1.72-billion ($17.2-million), the organisations believe the true figure to be much higher, resulting in significant loss of tax revenue. Exports of donkey skins, moreover, are not subject to taxation at all. Star Brilliant director John Kariuki confirmed that underreporting and tax evasion in the industry was rampant.

Brooke East Africa director Fred Ochieng said that before the ban, it was common for slaughterhouses to surpass their daily licenced quotas, putting further downward pressure on state revenue as well as donkey populations.

Chamber of Commerce director Kamau Njuguna said members of the donkey-slaughter industry would be willing to address declining donkey populations by sponsoring breeding programmes. But for Ochieng, a regional ban on the trade and cross-border partnerships between countries will be necessary in order to bring donkey slaughter to an outright end.

Ultimately, as long as the export of donkey products remains legal within some East African countries, such as Tanzania, the risk is that the theft and cross-border smuggling of donkeys will remain commonplace. DM