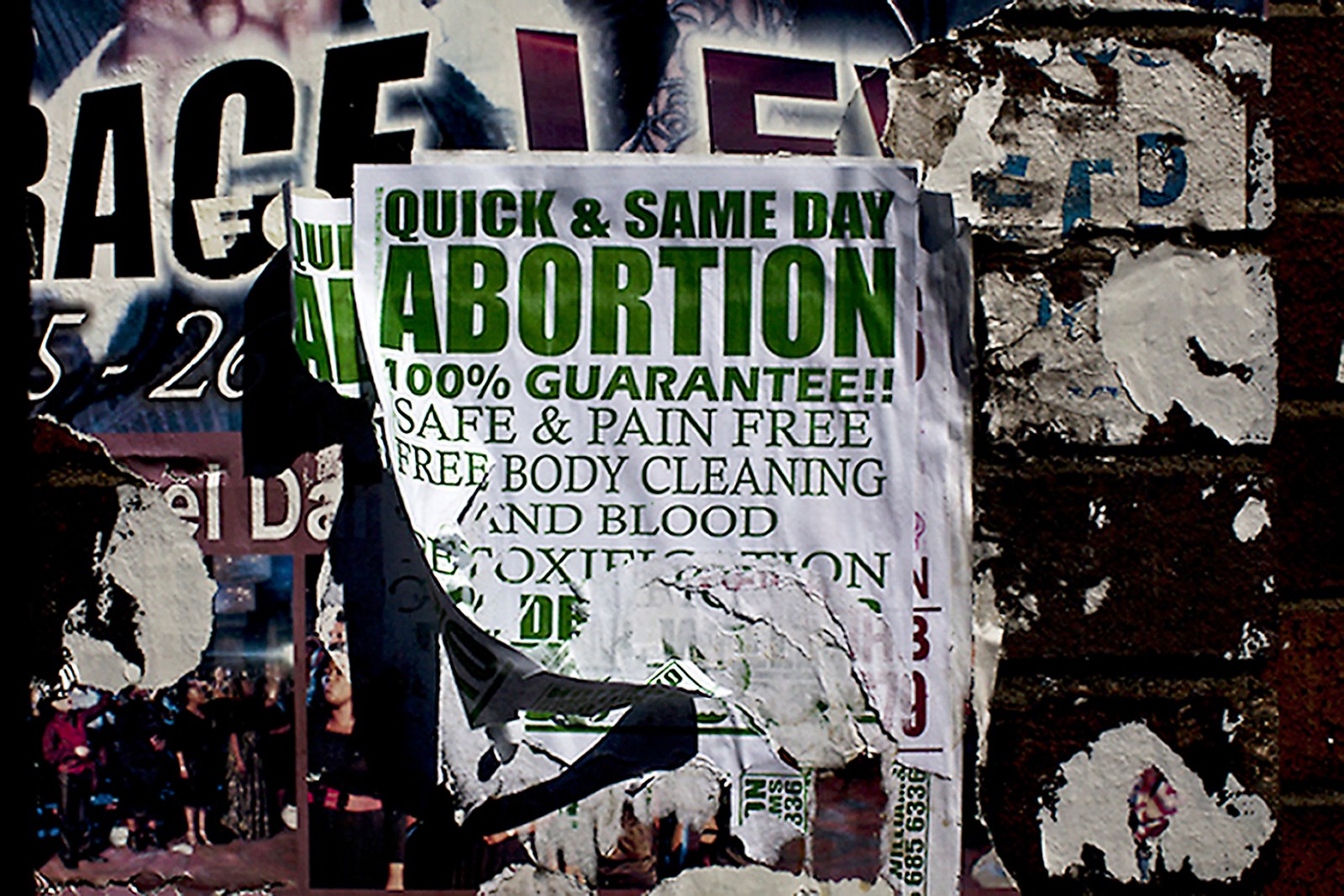 Reproductive justice is about much more than the freedom to choose to terminate a pregnancy or not – it challenges systems of oppression and discrimination and calls for a focused action plan for law reform.

States must work to ensure that all people, regardless of gender, age, immigration or documentation status, geography or class, are able to access life-affirming and comprehensive healthcare. No circumstances or interventions should lead to discrimination, obstruction of access to abortion, or complications or death due to unsafe procedures.

Reproductive justice is not only about the freedom to choose: it is far-reaching because it challenges systems of oppression and discrimination.

The stigmatisation of abortion results in women seeking clandestine, quick procedures to avoid discrimination. Their human rights are denied as they are forced to turn to unsafe medication provided by unaccredited suppliers and unofficial services outside functional health facilities.

A woman who is pregnant and seeks to terminate that pregnancy is in a vulnerable position because she is likely to receive unfair treatment as a result of making this choice. Many women seeking to exercise this option are condemned by society, political leaders, healthcare providers, workers, elders and even their own families.

The oppression of women is deeply entrenched in societies and the imbalance of power between women and healthcare providers further subjects women to paternalistic attitudes.

Restrictive and hostile laws, stigmatising attitudes and the threat of violence in some communities leave individuals vulnerable and unable to defend their rights.

In Malawi, legislation criminalises abortion outright unless it is performed to save a woman’s life. This implies that women must be on the verge of death before they can exercise their human rights. A process was under way in this country in 2015 to draft a bill legalising abortion, but it has yet to be tabled for parliamentary review.

Penal codes and legal frameworks that regulate abortion in other African countries are a form of legalised discrimination. For example, in Botswana the law regulating access to abortion has not been updated since 1964, while in Namibia the law in effect is based on apartheid legislation of 1975. These legal frameworks must be reformed to align with human rights standards, and laws that seek to punish those who work in the abortion services field, or seek access to abortion, must be replaced.

Around the world there has been a political shift towards decreased support for abortion rights.

Increasing resistance in religious and political spheres has seen extremist conservative views become entrenched in southern and east African countries. The chilling effect of the global gag rule is such that institutions that receive funds from the United States under the President’s Emergency Plan for AIDS Relief (PEPFAR) continue to be contractually bound to abandon work related to abortion provision, advocacy, law reform and information dissemination.

The impact of the global gag rule in the developing world is compounded by historical events. Countries such as South Africa are yet to recover from the damage done during the George W Bush presidency to sexual and reproductive health rights and the provision of related services in public health systems.

Currently, the disconnection of abortion from primary health and sexual and reproductive rights, as well as systemic anti-choice positions, are rewarded. This is evident from the fact that organisations secure funds from agencies such as USAID on signing discriminatory clauses.

Despite South Africa’s Choice on Termination of Pregnancy Act, 1996, many women in the country are denied access to abortion services on the grounds of moral and religious beliefs – those of healthcare providers. There are only a few practitioners in public health facilities who provide abortion services, and they rely on nongovernmental organisations for professional refresher programmes, while private practitioners are challenged by the high cost of rendering the service. Inconsistent support from facility managers and inadequate supplies of equipment and medicine also mean that the few existing providers quickly exhaust their resources.

The global gag rule is currently being rolled out in public health systems that already cannot offer timeous and comprehensive abortion care. This restriction causes nongovernmental organisations and governments to engage in institutionalised discrimination.

We must not rely on foreign aid for sexual and reproductive health rights programmes in developing countries.

The need for law reform

The failure of governments to provide safe abortion within a comprehensive reproductive health service package is a human rights violation.

The only way to protect human rights and ensure access to safe abortion is to develop a focused action plan for law reform. This plan needs to address the shortcomings in funding models; review and strengthen procurement processes, including medicine registration and controls; improve undergraduate and postgraduate medical training; and ensure wide dissemination of evidence-based information for the public and unwavering stewardship of sexual reproductive health rights in countries.

If we are to achieve the United Nations’ Sustainable Development Goals, we cannot continue on a trajectory that results in obstructed access to sexual and reproductive healthcare, delayed care, unsafe procedures and complications resulting in morbidities and mortality.

Those who do not want to carry a pregnancy to term have a right to self-determination and dignified, professional medical treatment, and they must be allowed to receive this treatment safely within health facilities.

This article was first published as the foreword in SECTION27’s Abortion in Eastern and Southern Africa publication in which assesses the various barriers to safe abortion services across 10 countries in the eastern and southern African region.

Spotlight is published by SECTION27 and the Treatment Action Campaign, but is editorially independent, an independence that the editors guard jealously. Spotlight is a member of the South African Press Council.