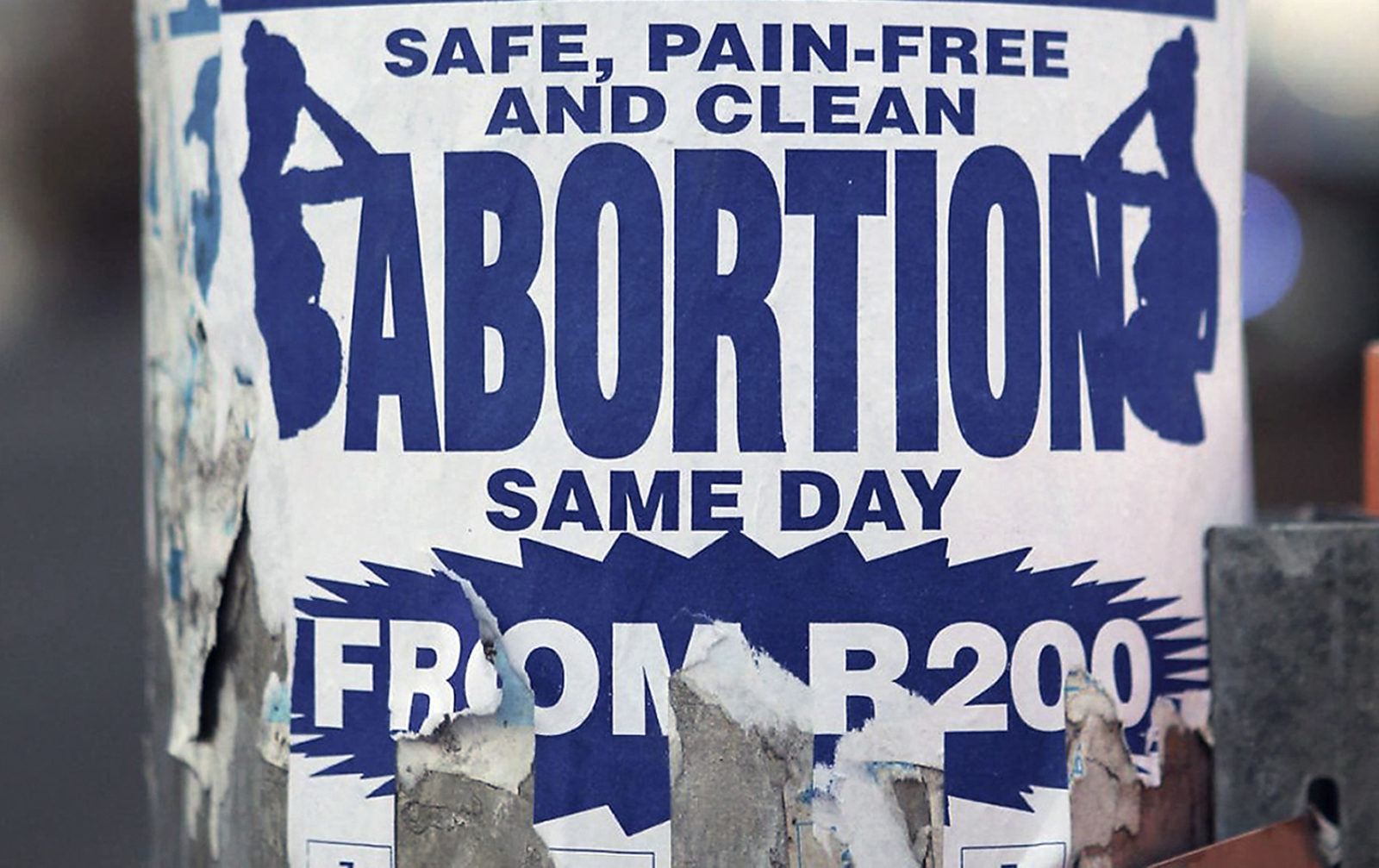 With abortion services becoming available through telemedicine and self-managed abortions increasingly gaining traction globally, the relevance and legality of abortion law should be questioned as women demand reproductive justice, and feminists get organising.

Abortion has always been legal in South Africa, a fact which may surprise many people. The colonial government introduced Roman-Dutch law, which allowed abortions to take place under certain conditions.

The Abortion and Sterilisation Act 2 of 1975 reserved access to abortion for white women, while increasing control over black women’s bodies – all within a population control framework. Under this act, approximately 1,000 white women accessed abortion every year, while the number of black women seeking abortions was not even recorded.

Every year, about 430 black women died and thousands more were harmed as a result of backstreet abortion practices. The law required women to consult two medical practitioners before they could obtain an abortion, but this was expensive and proved to be a barrier to many. If a woman was able to access public services and indicated that she had suicidal thoughts, access to abortion could be granted.

During apartheid, the Immorality Act No.5 of 1927 and the Immorality Amendment Act, 1950 forbade sexual intercourse between “Europeans”  and “non-Europeans”. White women could claim that they were sexually assaulted in order to obtain access to an abortion.

The Choice on Termination of Pregnancy Act of 1996 liberalised access to abortion and was supported politically by the ANC to redress the discrimination that black women suffered as a result of not having access to abortion services.

After 1996, the country set about implementing surgical abortion services with the training of providers such as trained nurses, midwives and doctors. The method involved mostly manual vacuum aspiration at different gestation periods. This newer technology replaced the outdated invasive surgical technique of dilation and curettage. At the height of implementation, about 60% of designated abortion facilities were operational and the maternal mortality rate from septic abortions decreased, indicating a direct correlation between abortion access and women’s health.

However, more than 20 years after our law was liberalised, access to abortion services has declined. Only 40% of designated surgical facilities are currently operational, only 7% of health facilities provide abortion care and maternal mortality from septic abortions has risen to 9.6%.

The Mexico City policy, also known as the global gag rule, was reinstated in 2001 by Republican then president George W Bush during the HIV crisis, and led to the disruption of most women’s health organisations in South Africa. The absence of sustained funding led many activists to move into the HIV treatment sector.

Back then, the concept of reproductive justice, which takes an intersectional approach, was not being used to organise politically in South Africa. There was limited linking of HIV, and sexual and reproductive health rights struggles. This was fed by the gag rule, which limited HIV and abortion advocacy work.

The national Department of Health (NDoH) did not develop clinical guidelines for medical abortion, despite the continuous advocacy of a depleted sexual and reproductive health movement. Even during the (President Barack) Obama years, many in the health movement steered clear of abortion work. The reason often given for this was that they needed a secure career and that it would mean that they would be vulnerable when the Republican Party came into power in the US again.

Following the election of Donald Trump as the US president and the further tightening of the global gag rule, other donors filled the void and supported a large number of international NGOs to do abortion work. Yet there was little investment in South African NGOs led by women to build movements for sexual and reproductive justice.

In 2018, national clinical abortion guidelines were developed. The guidelines made provision for abortion access at primary healthcare level and provided for medical abortions and counselling guidance. They also address “obstruction to access” where clinics and health workers violate a patient-centred approach to provision of care. These guidelines have yet to be adopted by the NDoH and have therefore not been implemented.

Of concern are the NDoH’s limited efforts to source generic reproductive health commodities, in particular medical abortion drugs. Cytotec (made by Pfizer) is used off-licence. The generic misoprostol, which is used globally for post-partum haemorrhage, is not registered in South Africa. The decades-old French RU486 Mifepristone is also not registered as a generic medicine in South Africa.

A number of groups (such as MediChallenge and CONCEPT) have tried to register these generic drugs through drug regulatory bodies and alerted officials to this, but nothing has been done to facilitate access to them. In 2020, Marie Stopes registered a generic version of these medical abortion drugs, but this has not been launched, nor has the pricing been made available.

About four years ago, I alerted the national Department of Health (Drs Anban and Yogan Pillay) and the South African Health Products Regulatory Authority (SAHPRA), led by Dr Helen Rees, about the need for generics to be available. I passed on the WHO recommendation for parallel imports from Zambia, which currently has at least three generic options of medical abortion drugs available.

There is great potential for abortion drugs to be administered via telemedicine following the reform of regulations by the Health Professions Council of South Africa. The SRJC, SECTION27 and the Women’s Legal Centre has written to the NDoH noting this interpretation and the opportunity to enable services while physical distancing needs to be practised during consultations due to Covid-19.

Marie Stopes took advantage of the opportunity and is now providing services via telemedicine. However, these services are not accessible to most women in South Africa due to the cost thereof. We have not yet had a response from the NDoH, but the Gauteng Department of Health has confirmed that it will be working towards telemedicine and improving health services.

In many countries with restrictive abortion laws, women have been working around the legislation, enabling access through setting up online services. Women help Women is an example – it is a global network – and Mobilising Activists for Medical Abortion (MAMA) is a regional network. The SRJC recently joined the MAMA network and will learn from regional partners in the provision of counselling and care to women.

Medecins Sans Frontieres (MSF) is planning to provide self-managed medical abortion in South Africa, as it has already done in other countries. These efforts also talk to the process of demedicalisation of abortion, where the locus of control is given back to women under a feminist approach.

Current evidence suggests that women can carry out self-managed medical abortions safely, and concerns regarding the gestational staging of the pregnancy are addressed through the counselling process. Medical abortion drugs can also treat an ectopic pregnancy before it becomes a medical emergency.

Do we need special abortion laws?

This brings into question whether abortion law has any relevance given current practices. Perhaps it is obsolete. Professor Joanna Erdman of the Schulich School of Law at Dalhousie University in Canada has argued that we should not have abortion laws for this medical procedure, as they amount to structural discrimination.

Similarly, SRJC member Dr Lucía Berro Pizzarossa, who completed her legal PhD in abortion law in Uruguay and South Africa, concludes that certain models of abortion law, which are seen as liberal, actually fail to comply with human rights. She argues that there should be no criminal or specific law on abortion.

The biggest objectives that abortion advocacy in South Africa now need to work for include:

The reality is that women will take power into their own hands and look after themselves. Doctors have held the locus of control for too long.

The year 2020 is clearly a time for a new normal and feminists are organising. Watch this space. DM/MC

Marion Stevens is the director of the Sexual and Reproductive Justice Coalition. This article was first published in SECTION27’s Abortion in Eastern and Southern Africa publication which assesses the various barriers to safe abortion services across 10 countries in the eastern and southern African region. Issues that activists have identified as key to removing those barriers are also outlined.

SECTION27 is mentioned in this article. Spotlight is published by SECTION27 and the Treatment Action Campaign, but is editorially independent, an independence that the editors guard jealously. Spotlight is a member of the South African Press Council.