Heroin is now a major urban development challenge in Af...

Heroin is now a major urban development challenge in Africa 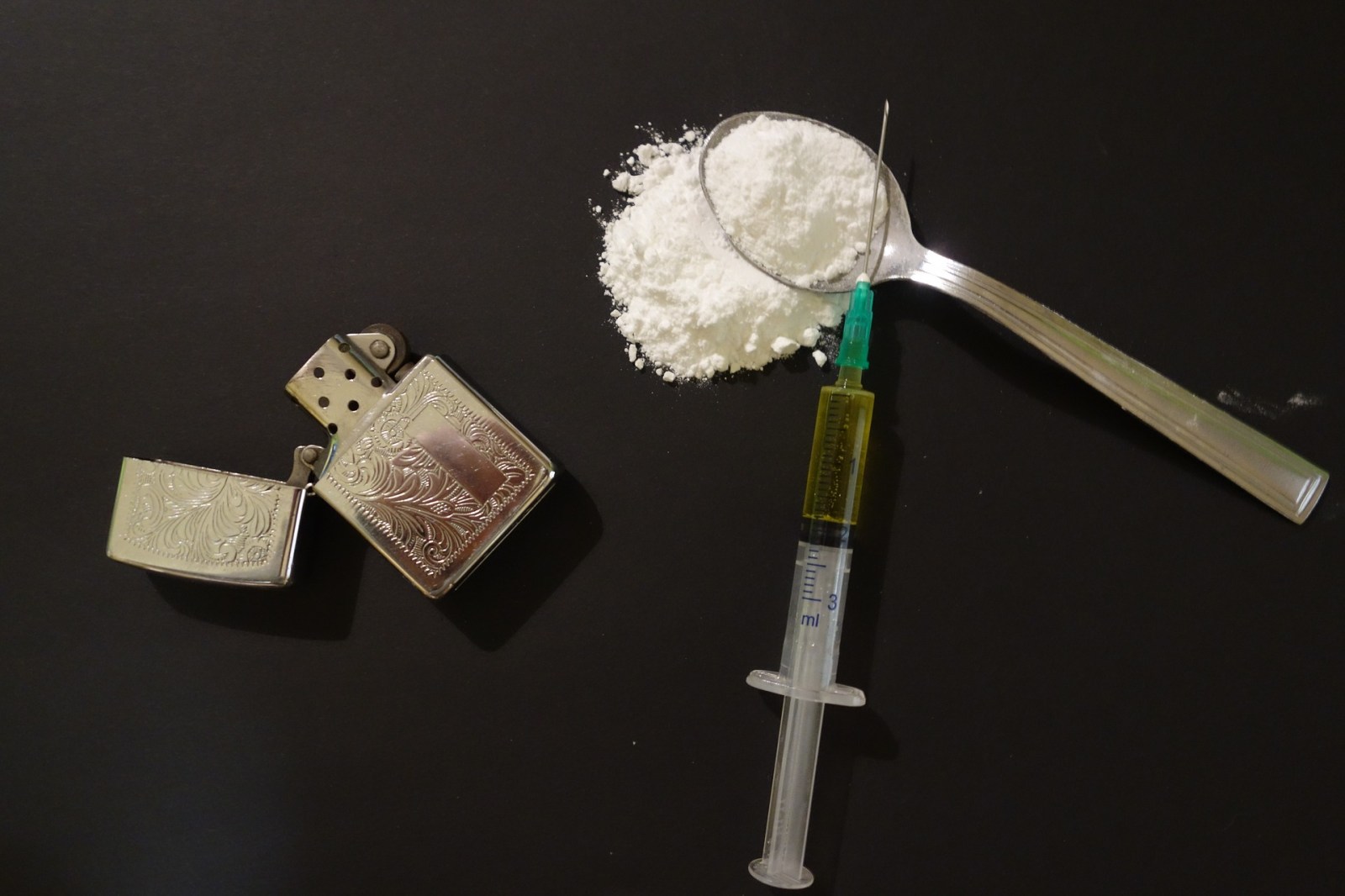 Mauritius’s history of drug policy has been predominantly punitive. The Dangerous Drugs Act of 2000 continues to punish people caught for personal drug use with imprisonment or a fine, or both. These measures haven’t led to a decrease in drug consumption.(Photo: pixabay.com)

Rapid unplanned urbanisation has coincided with criminal networks willing to exploit the growing availability of heroin.

The rapid growth in the trade and consumption of heroin is having a direct and negative effect on urban politics and development in Africa. It is enabled by organised crime and corruption and has led to an “untreated” public health crisis. Yet governments have scant understanding of the economic, security and social implications of an addictive substance being illegally peddled to vulnerable populations.

Africa’s east coast was for decades a secondary route for the international heroin trade, with its long coastline providing safe landing sites for Afghan heroin destined for markets in Europe and North America. The African route became more important as Middle East conflict and better enforcement shut down traditional access to Europe.

Heroin then began to leak into African markets and a significant amount is now traded and consumed locally, with devastating impact. The United Nations estimates that 20 to 40 tons of heroin enter Africa annually, but the actual amount may be much higher. Accurate figures are hard to determine.

New research by the ENACT transnational organised crime programme shows that as local consumption has grown, land transport and inland urban centres have become more important. Heroin hubs have developed around airports with regional and international connections. The drug also moves south and west along a web of roads, creating new markets and pulling in new users in small towns along the way. 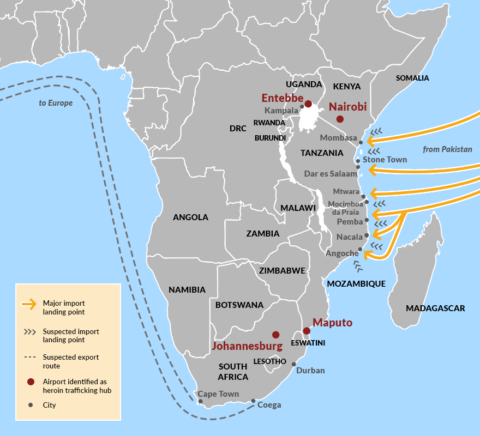 The shift in the continent’s heroin economy is now about local markets and African consumers. States should anticipate further massive growth in the drug trade alongside the rise of African megacities and expanding towns.

In these rapidly growing urban nodes, inhabitants contend with inadequate provision of housing, transport, infrastructure, water and sanitation among other services. Local governments are frequently overwhelmed and lack experience and budgets to plan and develop healthy, secure and economically dynamic urban environments.

With limited employment for young low-skilled migrants in cities and towns, and low levels of governance and investment, urbanisation leads to concentrations of people vulnerable to the drug market. The African heroin boom is enabled by unplanned urbanisation, weak governance and widespread corruption among police and politicians in Kenya, Tanzania, Mozambique and South Africa, the ENACT study found.

This development challenge has coincided with criminal networks willing to exploit the growing availability of heroin. Drugs and corruption form damaging symbiotic relationships. The heroin trade uses unscrupulous officials to maximum advantage, who in turn actively seek to corrupt the mechanisms of enforcement and governance.

ENACT found that in some instances criminal drug networks operate from inside local political systems. They take control of urban infrastructure provision, increasing development costs and obstructing efforts to regulate or upgrade services.

As expanding illicit operations need more and more protection from investigation and arrest, so corruption climbs up the police hierarchy and transfers to elected officials. Politicians have been linked to these networks and drug money used to fund patronage and election campaigns. In some cases, drug business merges with grey markets, allowing criminal entrepreneurs to adopt a legal front.

Because the heroin trade has played such a key underground role in urban development, drug markets need to be understood as one of the challenges facing the improvement and governance of cities and towns. And responses will need to be developmental – not just based on arrests and prosecutions.

Governments must acknowledge and combat the systematic corruption of police and local politicians by drug traffickers. Long-term interventions are needed to deal with the illicit economy and its social drivers. Without a formal response to the problems generated by illicit markets, there will be a rise in gang violence, police abuses and vigilante attacks.

This social crisis has largely been ignored by governments in East and Southern Africa. Responses directed at drug users are counter-productive while the heroin economy’s deep connections to corruption, urban violence and other illicit economies go unaddressed.

Harm-reduction models – which should include law enforcement, health and social development responses – offer prospects for tackling the social and some of the economic consequences of heroin trade and use. DM