Greed: Why political killings have again taken hold in KwaZulu-Natal 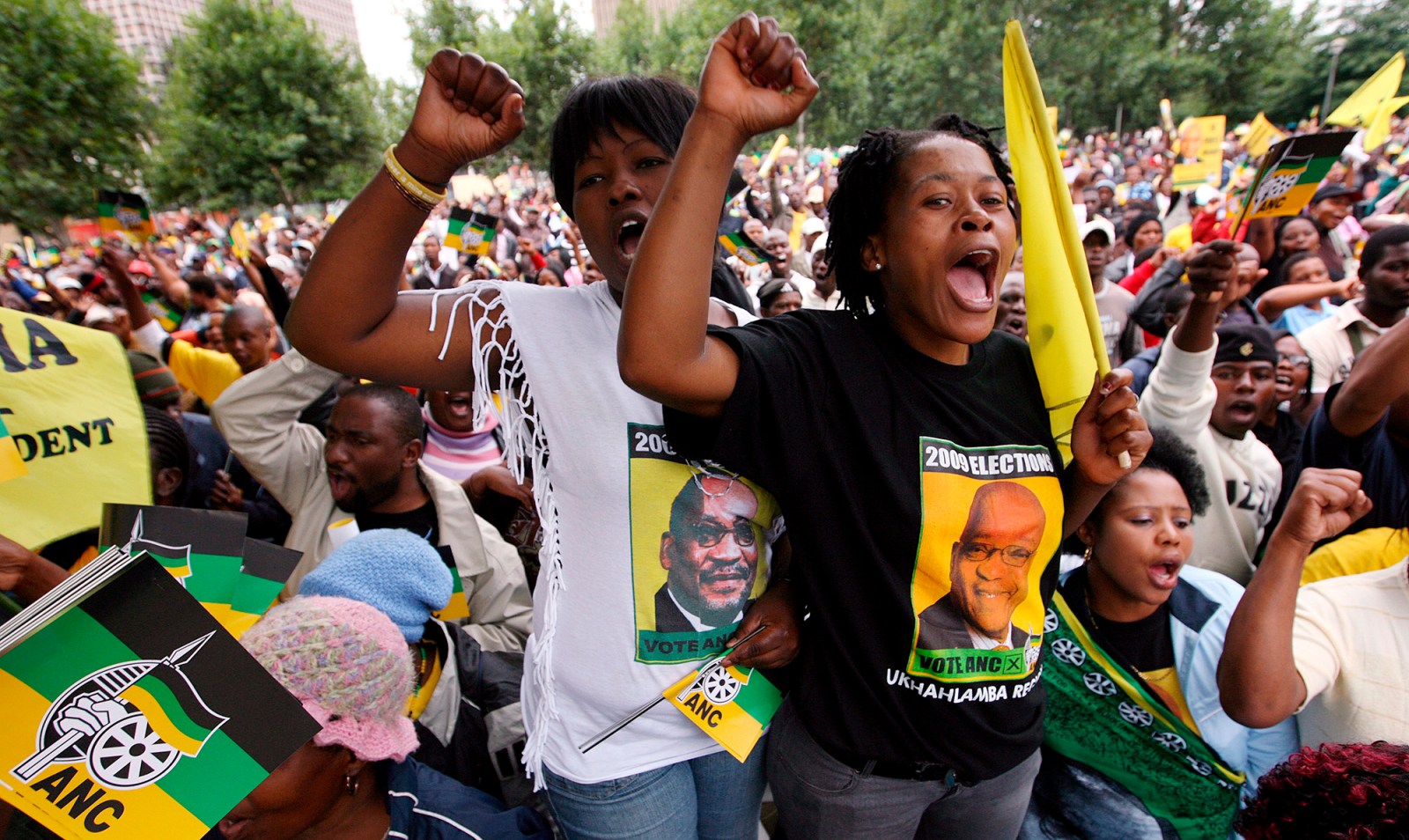 Political killings in the country are linked to the fierce competition for control of state resources within the governing ANC. (Photo: EPA-EFE / Jon Hrusha)

It is tempting to blame the violence on the grand corruption programme. In other words, to see the culture of corruption as something that starts at the top and filters down. But Greg Arde’s book, ‘War Party: How the ANC’s Political Killings are Breaking South Africa’, offers a different perspective, suggesting corruption also percolates from the bottom up.

A kind of civil war erupted in South Africa in the 1980s, and ran into the first half of the 1990s. The country was going through convulsions as the fight against apartheid gathered steam and the state reacted with increasing vehemence and violence.

The violence spread into many corners of South Africa. It also manifested itself in rivalries between organisations such as the Inkatha Freedom Party, then a Zulu nationalist party that had reached accommodation with the apartheid military, with its base in what was then known as Natal, now KwaZulu-Natal, and the then banned African National Congress (ANC), and its internal wing, the United Democratic Front.

The violence between Inkatha and the ANC started in KwaZulu-Natal and spread to the black residential areas of Johannesburg and Vereeniging, which lies about 60 km south of Johannesburg. It also spread to other parts of the country.

Within a decade, an estimated 20,000 people had been murdered in this battle for supremacy, most of them in the four years between 1990 and 1994.

The advent of democracy in 1994 marked the beginning of the end of this era. The political killings tailed off and by the close of the millennium they had fizzled out, with the ANC taking over from Inkatha as the dominant party in KwaZulu-Natal, drawing Inkatha strongmen into its fold, including some of its most notorious killers.

But this political peace was short-lived. A new form of political violence broke out, again centred in KwaZulu-Natal, and began getting into its stride after Jacob Zuma became president in 2009. This time it was not between parties and their warlords, and it had nothing to do with ideology and policy. Instead, it had everything to do with money.

According to researcher Mary De Haas, around 90 municipal councillors, political party officials and senior municipal officials, have been murdered in KwaZulu-Natal since 2015. Most of the deceased were affiliated to the ANC, the party that governs both the province and the country.

South African investigative journalist Greg Arde provides an impressively researched and well-written account of scores of political assassinations in the province in his book, War Party: How the ANC’s Political Killings are Breaking South Africa.

Some of the victims of the killings were honest councillors and officials who had sought to expose corruption over tenders, kickbacks, budgets and the allocation of funds. Others were rivals, competing for access to power and the goodies it could buy.

Arde shows how a culture of settling problems by physically eliminating the source has emerged from a toxic brew. This includes the history of political violence in the area with politicians accustomed to killing, and a ready source of assassins from within the violent minibus taxi industry, often emerging from hostels that house black migrant workers.

Municipalities all over the country are plagued by corruption, at huge cost to the residents they are supposed to serve. Port Elizabeth in the Eastern Cape, for example, has become a basket case, and is not immune to political killings. But none can match the continual spree of assassinations that characterise local and regional politics in KZN, which escalated during Jacob Zuma’s years in power.

Zuma replaced Thabo Mbeki as leader of the governing ANC in December 2007, and went on to become the president of the country in May 2009. The eThekwini municipality, the biggest in KwaZulu-Natal, served as the key political base for Zuma’s rise to the presidency of the ANC.

His reign was characterised by high levels of corruption, ending in February 2018 when he was recalled by the ANC.

It is tempting to blame the violence on the grand corruption programme. In other words, to see the culture of corruption as something that starts at the top and filters down. But Arde’s book offers a different perspective, suggesting corruption also percolates from the bottom up.

In 2016, the KwaZulu-Natal government appointed advocate MTK Moerane to investigate killings in the province from 2011. He concluded in a report delivered to the government in 2018 that corruption was the backbone of South African politics, “and that’s the cause of the violence”.

No action was taken on the report which has simply gathered dust, as Arde shows. And the killings continued.

One of those who gave evidence to the inquiry was Prof Paulus Zulu. His explanation started with the contentious point that some local councillors wouldn’t qualify for jobs as labourers based on skill levels. Once elected they adjusted their lifestyles and clung to their jobs, ensuring, without scruple, that nothing would prejudice their new livelihoods. This often meant eliminating opposition, with competition most fierce at the bottom of the pyramid. He said (quoted in Arde’s book, page 70):

“One either has the job or nothing at all. In the absence of qualifications, negative competition in the form of violence is the perfect recipe.”

Arde is not afraid to go where the evidence leads. For example, he names the former eThekwini mayor Zandile Gumede, who is on trial for massive corruption.

He shows how ANC branches and the councils they run have been taken over by criminal groups. This is often closely tied to the lawless taxi industry, which is the subject of several chapters. Again, Arde is not shy to name names.

What Arde does so well is to use the narrative from case studies framed around short biographies of the killers and their victims. In this way, he reveals how the corruption and violence plays out. Patterns emerge as he pieces these accounts together.

His prose is eloquent and exciting, and the stories he tells are based on exhaustive research. The result is a well-structured book that is never less than shocking. The horror it exposes makes for uncomfortable reading.

There are some gaps. For example, there is no account of how Zuma’s State Capture project both encouraged and drew from the local level corruption in KwaZulu-Natal. Also, the author makes no attempt to give a statistical breakdown of the violence, or to offer clear political prescriptions for solving it.

The picture Arde presents so compellingly does not invite an optimistic prognosis. There is an obvious danger of the current corruption-based violence spreading to other provinces.

Arde notes at the end of the book that the ANC has become a “war party”, one that helped liberate South Africa from the tyranny of apartheid – but is now consumed by avarice. DM

Gavin Evans is a lecturer in the culture and media department at Birkbeck, University of London.